Home
Technology
Neuralink: Can We Control A Computer Through Our Thoughts?
Table of Contents
Computers have become the new backbone of humanity. Our economies, businesses, infrastructure, and markets are dependent on the paradigm of global interconnectedness. This isn’t seen on the macro level alone; it is also true for individuals. How often do you find yourself mindlessly scrolling through your Instagram feed? How often do you negotiate extra time with yourself so you can read one final Reddit thread? Personally, I find myself using my phone on and off for the better part of the day; it has truly become a critical part of our lived experience.
Computers of varying sizes have become the extension through which we offload much of our cognitive function and they have enabled us to extend far beyond our biological limitations. In a sense, we have already become cyborgs. 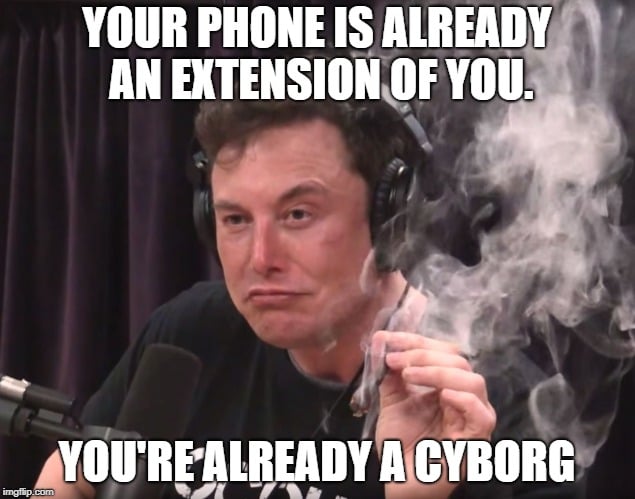 Our phones and computers act as a tertiary layer to our brain (the limbic system and neocortex being the primary and secondary layers, respectively). It is only a matter of time before these devices become invisible and are integrated into our biology.
Elon Musk’s company Neuralink aims to bridge this gap, providing the ability to interface with computers without physically interacting with them. This has been tried before, but most of the devices don’t offer high bandwidth (i.e., they have a slow rate of data transfer).
Before jumping into the details of this burgeoning technology, we first need to ask, is the ability to control computers with our brain actually required?

Why do we need to control computers with our brain?

At first glance, this may seem like an unnecessary venture, just another feature in our ever-upgrading technological dependence. However, this piece of tech could have a life-changing effect, as the potential benefits outlined below clearly show.

Being a paraplegic and needing assistance to work with a computer leads to even more frustration and feelings of isolation. A direct cognitive interface with computers would be a godsend for patients suffering from partial or total paralysis, making them increasingly independent (almost every household chore/errand can be done online these days) and giving them an extended community through the internet. This is not just a boon for communication; these chips could eventually help patients with spine-related injuries by restoring their movement!
It could even assist in the treatment of debilitating neurological diseases like Alzheimer’s and Parkinson’s disease.

Our brain is probably the most complex machine we have encountered in this universe. It is a 3-pound piece of matter sitting inside our skull that is simultaneously managing thousands of biological functions.
Given that complexity, there remain several unanswered questions about the brain, such as how are memories stored and retrieved? What is consciousness? These interfaces could shed light on several age-old questions.

How Artificial Intelligence develops in the coming century will determine the ultimate state of humanity, and our chances of survival. If the premise of the Singularity is to be believed and computers reach the intelligence level of an average human (known as Artificial General Intelligence), then it is only a matter of time before computers surpass us and become Artificial Super Intelligent.
We could then be at the mercy of a super-intelligent overlord; for whom we would be what ants presently are to us. The future could be a grim dystopia or an era of unfathomable prosperity, depending on our ability to tame this tech. One way to do this would be to somehow create a symbiosis with AI through brain-machine interfaces.

As you may know, the brain forms a large network of neurons through synapses. Neurons communicate at these junction points using chemical signals called neurotransmitters. These neurotransmitters are released as a response from a neuron when it receives an electrical signal called an ‘action potential’. A chain reaction is triggered, causing an action potential to fire when a cell receives the right kind of neurotransmitter input; this makes the neurons relay messages to the synapses. 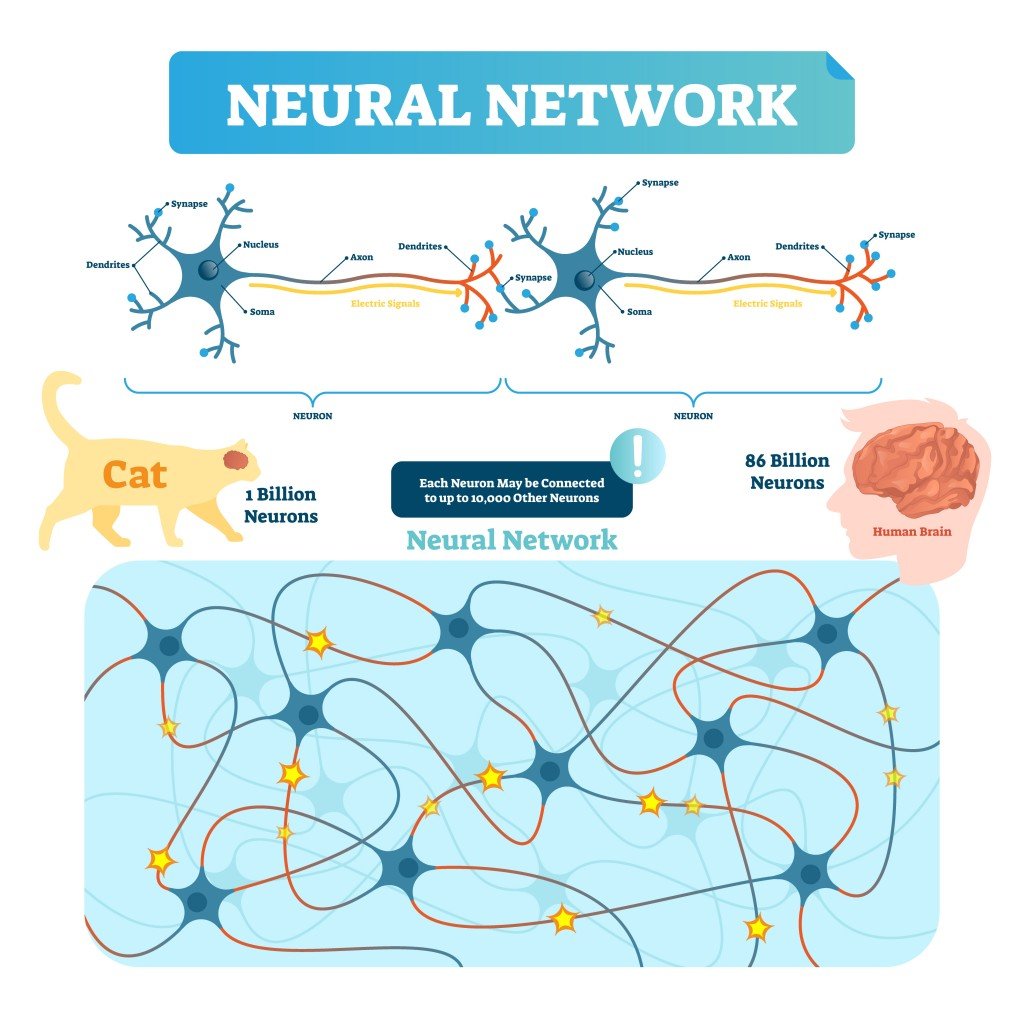 Action potentials produce an electric field that spreads out from a neuron and can be detected by placing electrodes near the site. This allows for the recording of the information represented by a neuron.
Neuralink’s first prototype N1 uses arrays of electrodes to communicate with the neuron. A single group contains 96 threads, and 3096 electrodes are distributed across them. A USB-C connector is provided for power and data transference. A single electrode group is encased inside a small implantable device that contains a custom wireless chip (4mm X 4mm in size). Attached to the case is a USB-C connector for power and data transfer. 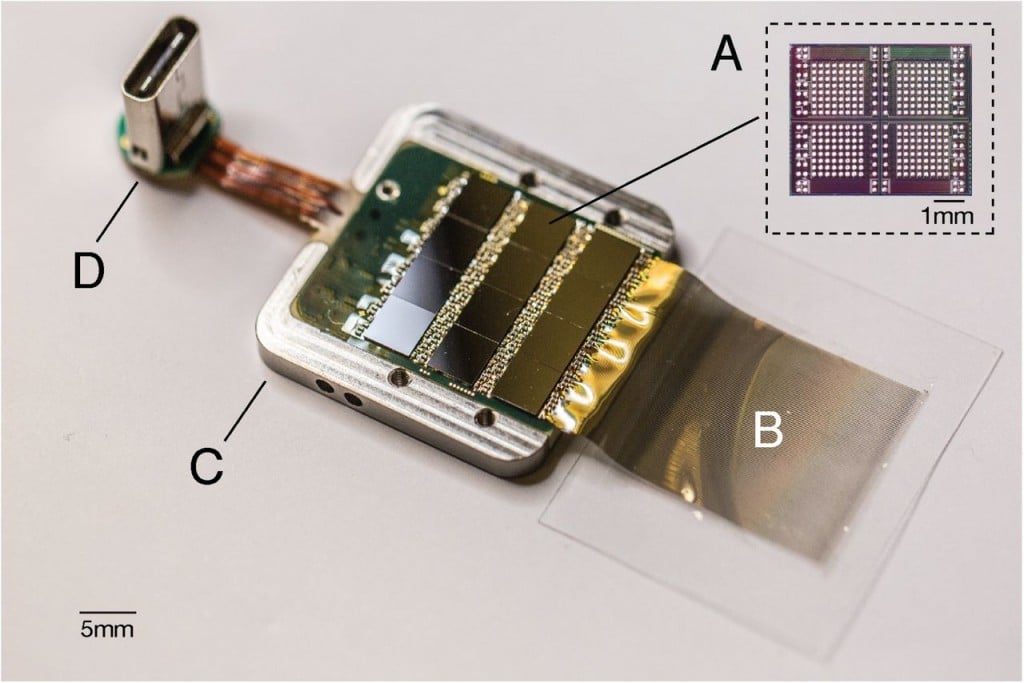 The threads are minuscule, at about 1/10th the size of a human hair strand, and contain about 192 electrodes each. It isn’t humanly possible to insert these in the brain, so the company had to design a customized robot to perform this task. The threads are individually inserted into the brain with micron precision by a tiny needle at the end of the robot. This needle measures approximately 24 microns in diameter. 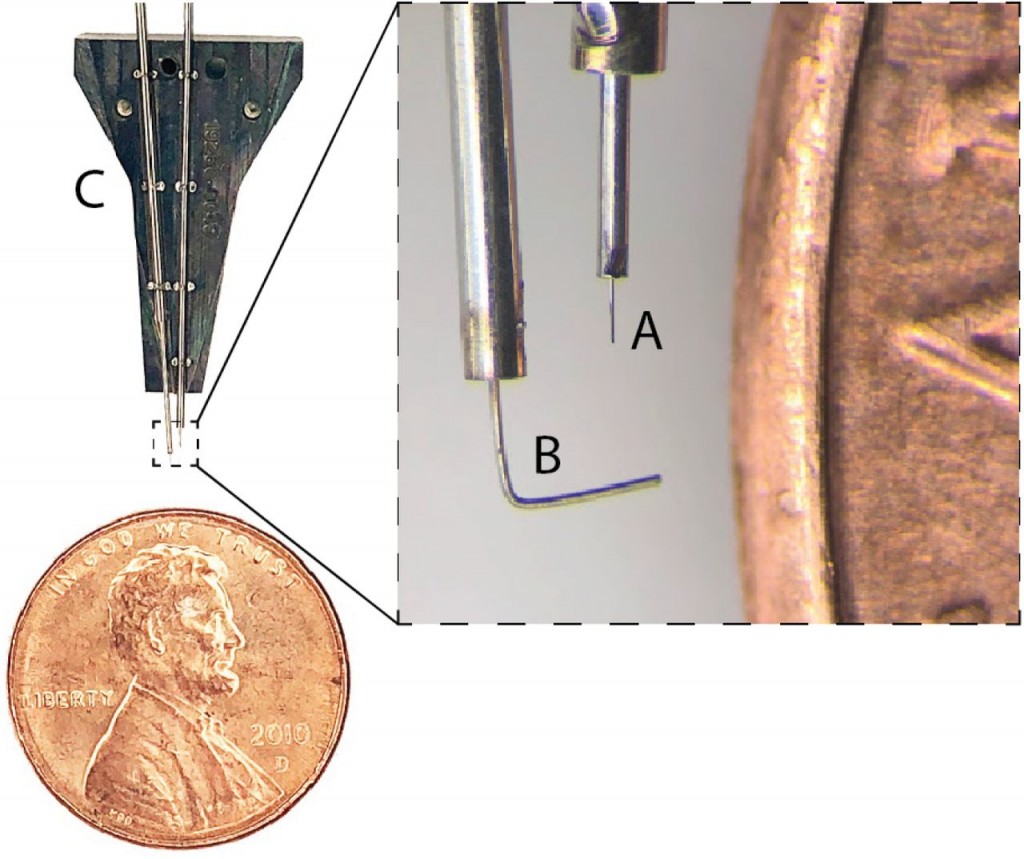 The robot is capable of inserting six threads per minute. The company’s goal is to make this procedure as safe and painless as possible. They aim to make this surgery as hassle-free as LASIK. 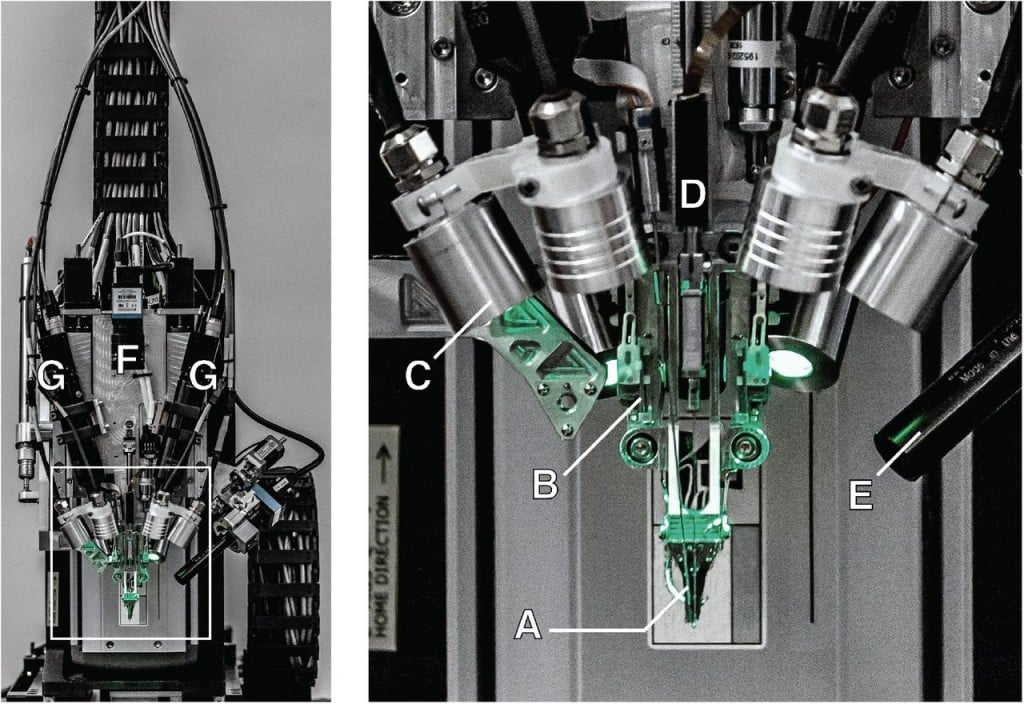 As many as 10 implants can be inserted into a brain hemisphere. These implants connect through very small wires under the scalp to a conductive coil behind the ear. This coil connects wirelessly through the skin to a wearable device that the company calls the Link, which contains a Bluetooth radio and battery.
A single USB-C cable provides full-bandwidth data streaming from the device to a phone or computer, simultaneously recording all chip channels. The Link is controlled by a smartphone app and can be used to make software updates and fix bugs via Bluetooth, avoiding the need to tamper with the chip. When the link is offline, the device shuts down.

The chip’s encased electrodes connect to the Link, which can be used to control devices. (Photo Credit : skvalval/ Shutterstock)

The device can enable at least 10,000 neurons in the brain to read the action potentials. The closest FDA approved device in the market today is a Parkinson Deep Brain Simulator, which contains just 10 electrodes. The N1 outpaces this older tech by an order of magnitude of 1000!

This new technology could prove to be a massive boon for patients who have been diagnosed with neurological diseases and could even help in totally restoring movement in people with spinal cord injuries. This device could further enhance our relationship with computers and usher in completely new ways of interacting, not just with computers, but also with other people!
The question is…. will Neuralink be able to achieve this?
Only time will tell.
References
The short URL of the present article is: http://sciabc.us/yjuwp
Help us make this article better
Prev Article Next Article
About the Author