We are still a ways off from creating real cyborgs. While we have made advances in cybernetics and bioengineering, we have not yet reached a level where humans can regrow their biological parts. Additionally, we do not yet have a full understanding of how electrical signals translate into subjective feelings. However, we are making progress and the future looks promising.

Salamanders are reptiles that can regrow any body part if it gets sliced off. Although technology has not yet advanced to a level where humans can regrow their biological, a mechanistic replacement is definitely a possibility thanks to cybernetics and bioengineering. Humans have been obsessed with the notion of prolonging their lives, rejuvenating or arresting degeneration due to old age, imagining life continuing through artificially created human beings, or turning into cyborgs to live for eternity. This obsession is shown through the themes of our sci-fi literature, with books and movies such as Bicentennial Man, AI, The Terminator series, Borgs from Star Trek, and the not so fictional ‘I, Cyborg’ by Kevin Warwick. 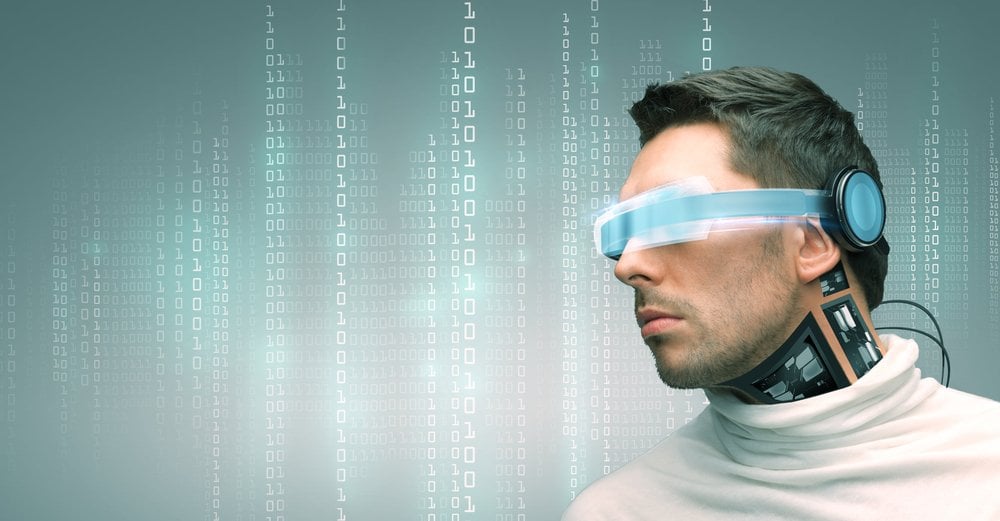 What is a Cyborg?

The word cyborg is a shortened version of ‘cybernetic organism’. The term was coined in 1960 by Manfred Clynes and Nathan S Clyne. A cyborg is any living being that has both organic and mechanical/electrical parts that either restore or enhance the organism’s functioning. Robots and droids do not fall into this category.

With such an all-encompassing definition, even people with the most common technological implants, such as prosthetic limbs, pacemakers, and cochlear implants, can also be considered “cyborgs”. Not only that, but people who receive organ implants developed from artificially cultured stem cells can also be placed in this category. However, artificially-grown organ implants lie outside the scope of the current article and will not be discussed in depth. 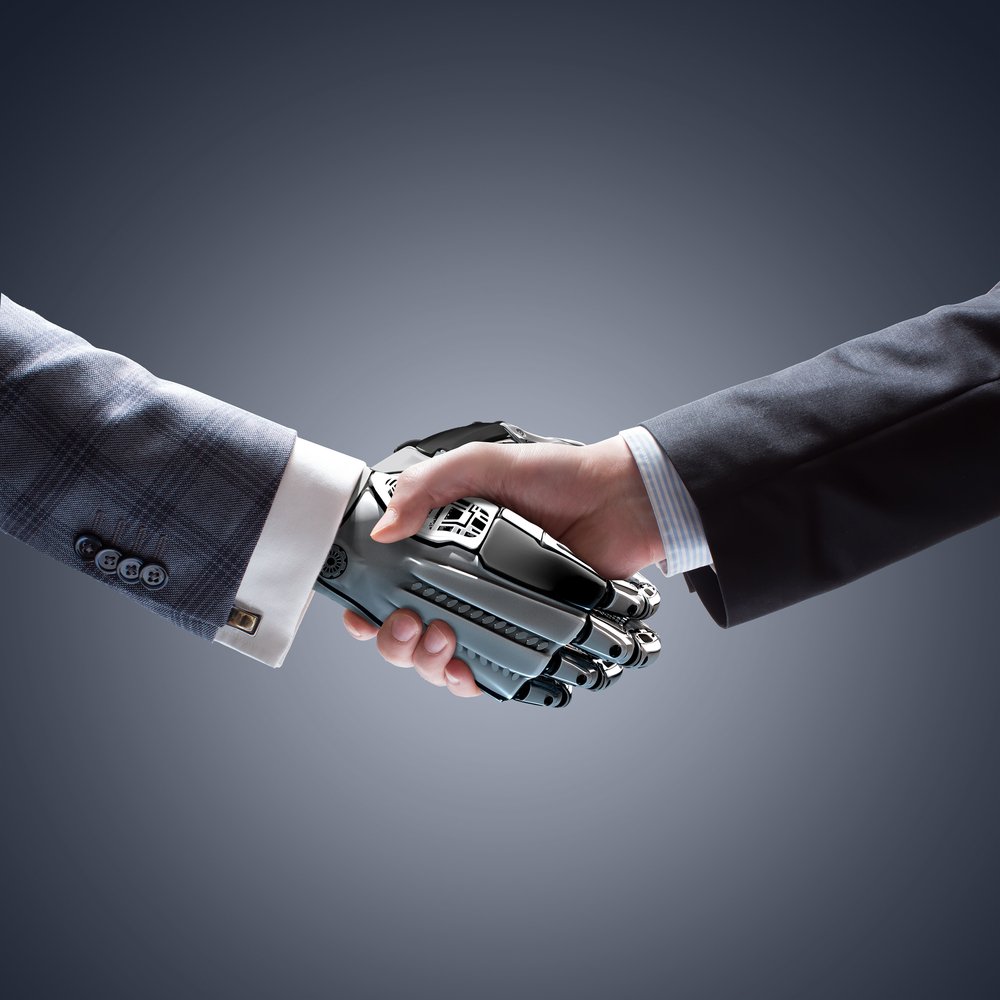 The Marvels of Brain Computer Interaction

Technological advances to aid in human functioning have been on the rise since the late 1970s. The impetus to increase human computer interaction was possibly to help people with deficits to function optimally. The first real cyborg was a lab rat at New York’s Rockland State Hospital, which was a part of an experimental program in 1950. The rat had a pump installed that injected chemicals in controlled doses, thereby altering various physiological parameters.

The image features Neil Harbisson, a British colour blind artist who wears an eyeborg to help him perceive colours through hearing.

In humans, William Dobelle, a private researcher, helped restore sight to a man blinded in adulthood. A single type of brain computer interaction device, commonly referred to as a BCI, comprising 68 electrodes was implanted in the patient’s visual cortex, which succeeded in creating sensations of seeing light. Since then, there have been countless attempts, some of which have been successful, of restoring lost function in vision, motor movements, hearing and limbs by using various kinds of prosthetics.

The one project that pushes the boundaries between Human Computer / Robotic Interaction is Kevin Warwick’s work since 2002. Warwick is a Professor at the Department of Cybernetics at University of Reading. Initially, he implanted a silicon chip transponder in his arm in a nerve cluster below his left wrist, which was connected to an external electrical terminal. This allowed nerve impulses from his arm to travel to the terminal, where Warwick could turn them to communicable signals. Initially, he tried to remotely control electrical devices, such as lights and heaters, from in and around the department using only radio waves. 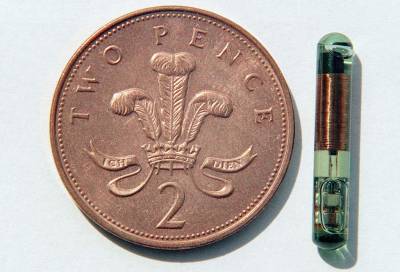 The transponder implanted in Kevin Warwick’s arm along with a penny for size comparison. ( www.terasemjournals.com)

In 2002, he was implanted with a hundred-electrode array in his median nerve fibers, the ends of which were connected to a computer. He succeeded in controlling the hand of a robot in the UK from Columbia University in New York using Internet connectivity. Prosthetics, even the newest ones that can perform relatively flexible movements, such as the C-Leg system require that it be connected to a healthy body part or require the patient to flip between switches to achieve movement and control. In short, it still doesn’t feel like an extension of the natural arm and is prone to errors in movement.

However, the technology implanted in Professor Warwick’s arm may be a breakthrough in this field, since this new BCI affords the movements of an external mechanical arm through neural signals alone. Additionally, Warwick reported receiving feedback from the robotic arm, such as feelings of pressure and force, which is the most unique feature of this technology. Thus, if designed as a prosthetic for amputees, connecting nerve clusters at the end of a still healthy stump, all they would have to do is normally think of moving their limb and it could be achieved. 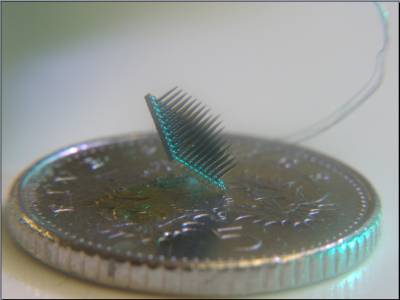 As for the feeling and interpretation of sensations from the robotic limb…there is one unsolvable debate. The experiment so far only suggests that the arm sends back electrical impulses, which are then registered in some area of the brain (mostly the somatosensory cortex). For centuries, there has been an active debate in neuroscientific, cognitive and psychological circles regarding how a brain receiving electrical signals differentiates between them and recognize what subjective feeling is being experienced, such as pain or tickle or touch. There is no X neuron or cluster of neurons or X brain region which, if activated, result in sensations of pain. Therefore, how something as practical as nerve impulses translate into something abstract like feelings remains an open question. 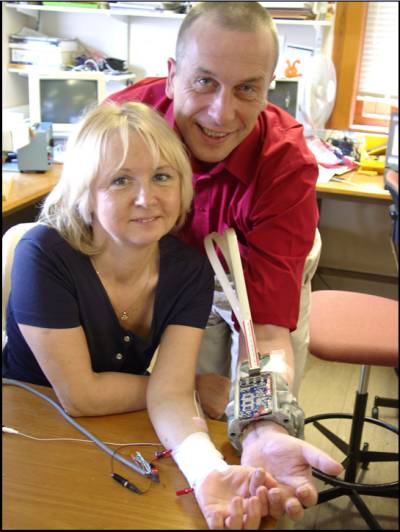 Another part of Warwick’s experiment demonstrates this point very clearly. In order to understand what happens when the apparatus was connected to another human limb, instead of an artificial limb, Warwick’s wife, Irene, was implanted with a similar array of fewer electrodes. Both their sensors were connected to the Internet and, using it as a mediator, they began to communicate with their implanted hands. Irene reported only a jolt in her hand when Warwick moved his hand. Gradually, these jolts were interpreted as movements by Irene’s brain.

Warwick is now onto a new project where he is trying to integrate information from different “sensory organs” for a robot. 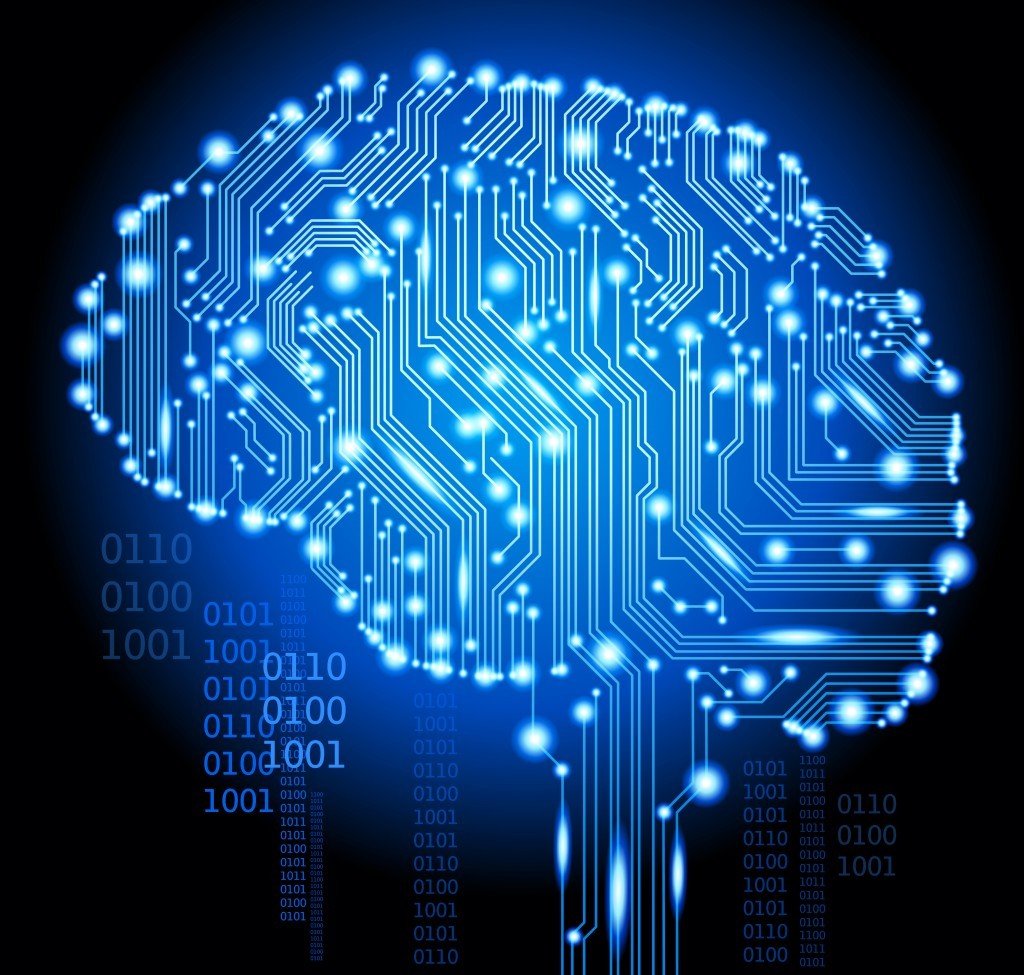 What the Future Holds…

Apart from giving more hope to amputees about an independent future, such technological advances give rise to the possibility of a technical clone of yourself in the near future. Imagine sitting in the office and being connected to your bot at home, making it do chores in precisely your chosen way. Also, who wouldn’t want an extra set of hands? In the future, maybe we will even be able to connect to a technological collective consciousness. Maybe through such connectivity, the members of the human race would become a little more empathetic and tolerant of each other!