Xenobot is a living robot made of living cells. Its configuration and locomotion style is designed by evolutionary algorithms on a supercomputer.

What if we combined the recent progress that has been made in the fields of computational technology and biotechnology? The lovechild of such a marriage would look a lot like something that researchers have recently developed… a living robot! Yes, a robot that lives like organisms, but is engineered by humans.

The year 2020 may be infamous for the Covid-19 pandemic, but researchers in the US have also achieved something remarkable this year—they developed the first living robot. While its size is currently smaller than a grain of salt, it offers some promising prospects for the future. Researchers have called this bio robot a xenobot.

Unlike typical robots, a xenobot is a very small robot. It’s not made of metal, plastic, or other synthetic materials. Rather, it is composed entirely of organic cellular material.

Xenobot can scuttle around or rotate in circles. If you flip it on its back, it can flip back again, just like an insect! Basically, it’s an engineered robot, but it’s ALIVE!

It may be difficult to comprehend the idea of a ‘living robot’, and it’s alright to be baffled. According to researchers, this is an entirely new life form, something you never learned about in school or college. Before we get into what a xenobot can do and how it works, let’s first attempt to understand why it was created.

Motivation For Creating A Xenobot

Researchers were toying with the idea of taking real-life cells and manipulating them to function just as they wanted—much like other robots developed in recent years. So, the researchers at Tufts University and the University of Vermont took stem cells from the embryo of an African clawed frog (Xenopus Laevis). The stem cells that researchers took were of two types: skin cells and heart cells. 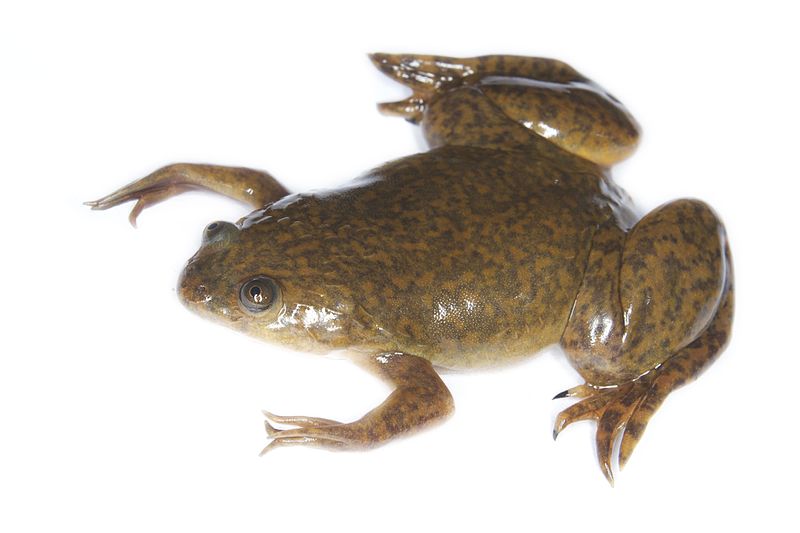 Skin cells were selected for their tendency to naturally bond, while heart cells were selected for their ability to relax and contract. The idea was to combine skin cells and heart cells in a specific manner to transform into a functional structure with locomotive capabilities. That was precisely the aim of the researchers: to develop an organic robot with a distinctive style of locomotion.

The first thing researchers did to create a xenobot was feed the recorded data of stem cells into an evolutionary algorithm on a supercomputer. Based on this data, the supercomputer promptly generated millions of cell configurations, which could be then scrutinized by researchers for the desired outcome. The evolutionary algorithms used here took cues from natural selection to configure a xenobot that resembles a real organism.

The aim of the researchers working on the first xenobot was to achieve the desired type of locomotion. Thus, only the best configuration that could produce the desired locomotion was advanced to the next stage of development. After running hundreds of tests to get the configuration right, only a few computer-generated configurations were chosen.

Thus, leveraging the power of supercomputing and evolutionary algorithms, researchers were finally successful in coming up with a blueprint for a new life form.

All they needed to do was to create them! Sounds simple, right? Well… it isn’t.

Sculpting With Forceps And Tweezers

To turn the computer-made design into reality, researchers used tiny forceps and tweezers under a microscope to painstakingly perform microsurgery to merge these stem cells. Researchers had to take one cell at a time, connect it to another, and repeat this process until the final structure comprised of 2000 cells was made. Luckily, cells have a natural tendency to stick together, so researchers had a tailwind in their efforts. Nevertheless, it was a laborious and time-consuming process, given that thousands of cells were involved. After toiling for many hours, the assembly of cells was complete, and a novel organism was created!

What Can Xenobots Do?

These newly created xenobots could propel themselves, travel in a straight line, or simply move in circles. First-generation xenobots could only live for about 7-10 days, but interestingly, as they are made of living cells, they can heal themselves throughout their lifespan. They were even able to recuperate despite being torn to half!

All of this sounds quite exciting, but there are a few elements of freakiness in these xenobots, one of which is something called emergent behavior.

Although we have a fair idea about cells and their working, when you stack them together in big heaps, something strange happens. This is referred to as emergent behavior coming out from vastly connected cells, but what is emergent behavior?

There are certain functions that a standalone cell cannot do, but when multiple cells are grouped together, the functions can be achieved. This behavioral shift from a single cell to a multi-celled structure is exemplified in us—human beings. We have trillions of cells in our bodies, but none of the cells have a consciousness of their own. Yet, when you combine them in a specific configuration, i.e., the body, consciousness emerges.

Although the first-generation xenobot was composed of two thousand cells, we are likely to scale them up in the future. This is when many scientists believe that emergent behavior would appear in more notable ways.

For example, due to emergent behavior, xenobots could change their path on their own, or turn and go back to where they came from. Or they could communicate with other xenobots and work together on a task.

So, while we have made a miniature xenobot that would work as researchers want, in the future, xenobots might develop consciousness and be able to think on their own! For the record, that’s just one of the possible outcomes, and we have yet to witness tangible evidence of emergent behavior in xenobots.

Our aim is to make xenobots that could improve our lives. Specifically, we want to employ them to solve problems plaguing our planet. There are some game-changing future uses of xenobots that have been proposed. Let’s look at some of them!

The medical field is touted to be the biggest beneficiary of advancements in xenobot technology. In the future, scientists may develop xenobots to detect and fight cancer.

The challenge that scientists presently face in removing tumorous cells is that when they insert a foreign object to work on the tumor, the body immediately recognizes it as a foreign body and begins an immune response.

This immune response can cause further complications in the overall cancer treatment. With xenobots, it’s possible to make them from the cells of the actual patient. This way, when xenobots are inserted into the body to detect/remove tumorous cells, the body would not treat them as an alien entity, meaning that unwanted immune responses can be avoided.

Similarly, xenobots could be deployed in the arteries of heart patients to undo dangerous clogging. Even with these few purposes, xenobots would become a revolutionary element in the medical field.

Cleaning Oceans And Other Water Bodies

The applications of these bio-bots aren’t just limited to the medical field. Xenobots could also become the saviors of our planet! 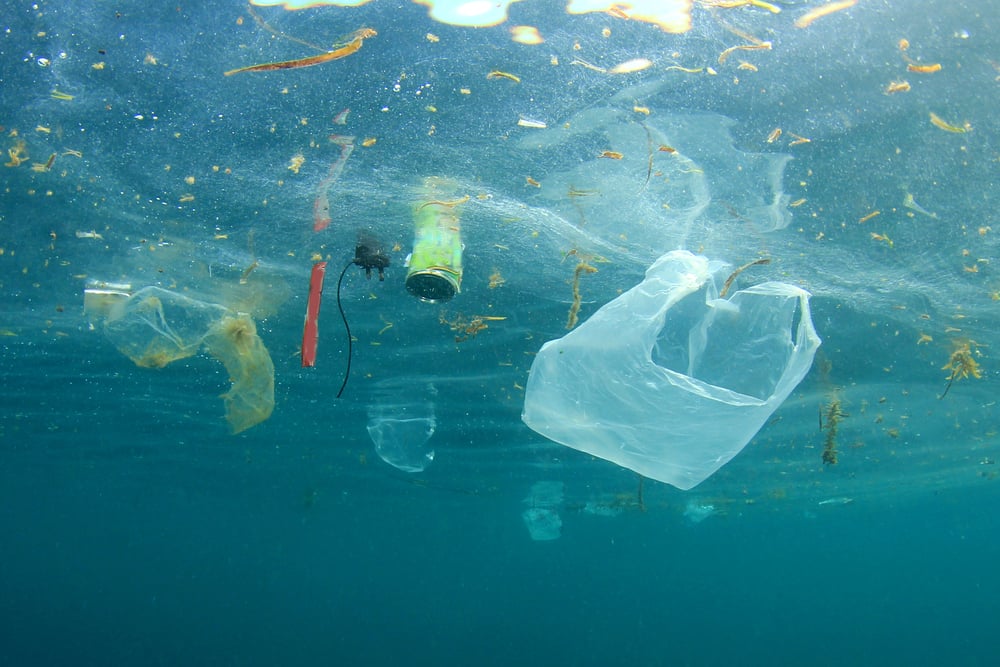 Due to increased industrial activity over the past few decades, the oceans and other water bodies of the planet are being badly polluted, as waste materials from industries and factories are being recklessly dumped into the oceans and nearby water bodies. Thus, water bodies are littered with microplastics, which cannot be easily recycled or processed.

Maybe in the future, scientists can develop xenobots that could detect and break down these microplastics. If not, they could at least collect them and clump them together. Perhaps these xenobots could even be used to detect radioactive contaminants in oceans or other suspected places.

Now, world-saving xenobots surely sound like a cool idea, but there are other ramifications. If you think about it, xenobots are neither machines nor animals. They are something entirely new—something in between. So, perhaps we need to redefine how we categorize living and non-living things.

Researchers have acknowledged that while the present generation only contains cells from the skin and heart, future generation xenobots could be composed of cells from the nervous system, blood vessels, or even reproductive parts. These additions surely call for redefining what we consider “life”.

Machine ethics expert Michael Anderson believes that applied ethicists should be involved in the early stages of creation and development of these fundamentally new forms of life so that their responsibilities and rights could be drafted.

After all, once these xenobots are advanced enough to have cognitive capabilities, we would need to have a framework in place that clearly defines their roles and rights.

Also Read: How Close Are We To Creating Real Cyborgs?

Researchers working on the first-generation xenobots have fully acknowledged these ethical concerns and have called them uncharted territory. They have invited people to participate and discuss the future implications of this new breed of bots. This way, even the general public can understand what developments are taking place. By participating in the discussion, policymakers can draft better policies for regulating them and ensure that we do something good with this incredible technology.

Work by the researchers at Tufts university is just the incubation stage of a whole new field of applied sciences. Future studies will explore the possibility of creating bigger and more useful xenobots that can solve real-world problems. Xenobots of the future could deliver drugs, unclog blocked arteries, clean up microplastics, and detect the presence of toxic materials—all of which could make for a very different future!