An organ-on-a-chip (OOC) is a tiny, translucent device that is lined with living cells and tissues to replicate the organ-level physiology within the body.

Computer chips mimicking human life is the stuff of fiction, but the ingenuity of hard-working scientists has made the technology of fiction into a reality. Meet the organ-on-a-chip, a miniature device that behaves just like an organ, except that it is the size of a computer chip! 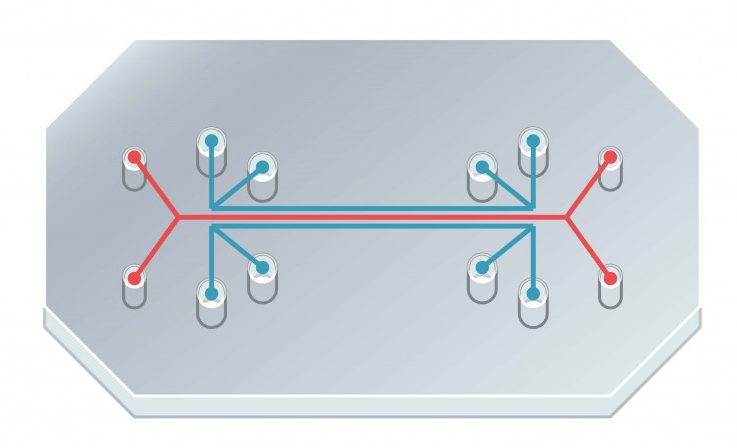 How is organ-on-a-chip made?

If you took apart your phone, laptop or CPU, you would find tons of tiny electrical chips. These chips are the working components of your device, like the neurons in a brain. Now, imagine if our internal organs were chips just like these.

Researchers from the Wyss Institute did just that! They collaborated with experts from various disciplines to engineer a microfluidic culture device that is akin to a computer microchip.

A microfluidic chip is made of a translucent material, like glass or silicone, and is the size of an average computer USB stick. Despite its humble size, it can perfectly simulate the working of human organs like the heart, intestine, kidney, lung, etc. 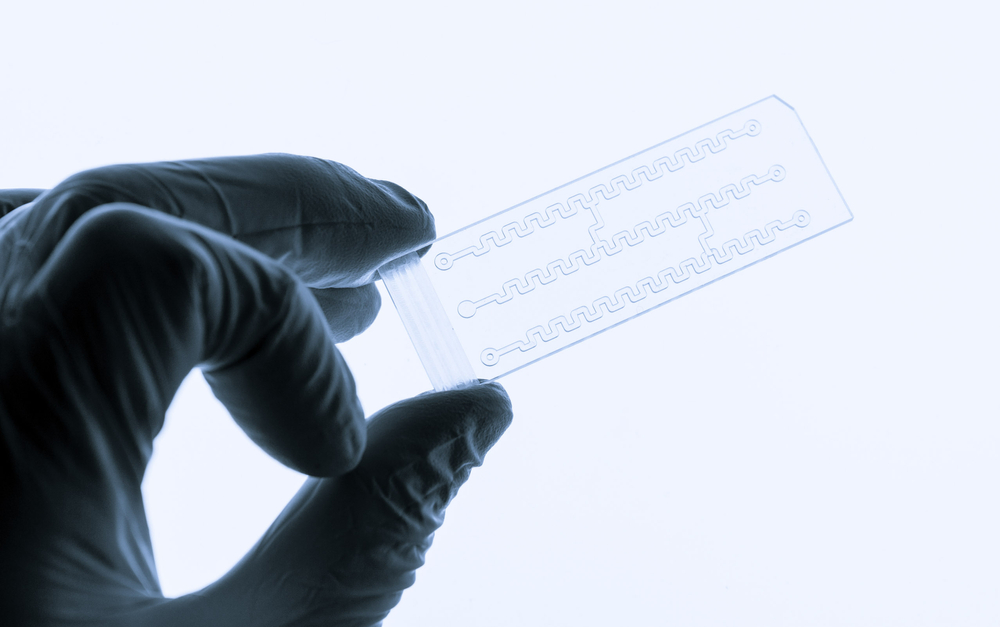 It is called ‘microfluidic’ because it has tiny, interconnected channels that contain fluid etched onto the chip. This fluid chemically mimics the fluid present in live organs.

Size of a heart-on-a-chip compared to a dime (Photo Credit : Flickr)

It is a ‘culture device’ because the channels within the chip are lined with the cells of the organ. Thus, if you wanted a kidney-on-a-chip, you would line the channels of the chip with kidney cells, while a heart-on-a-chip would use cardiac cells.

These cells grow and form tissues that eventually perfectly mimic their parent organ, with a little external help. For organs like the heart or lungs, mechanical pressure is applied to simulate pumping and breathing, respectively. These tiny devices are such great organ doppelgängers that they even have artificial blood vessels to nourish the cells! 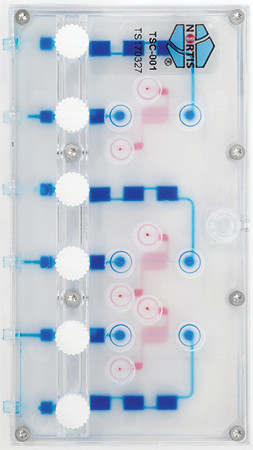 Basically, these chips are a miniature version of an actual organ, complete with all the different cell layers and accessory components like enzymes, hormones and even toxins!

In order to treat and cure diseases, we need to understand how our body works. The knowledge of how different organs function individually and in tandem is crucial to develop better drugs and medicines.

Since using human organs is an ethical non-starter, medical research instead uses model organisms like mice or rabbits, whose physiology closely resembles the human system. These defenseless animals are infected with diseases so that scientists can study how the disease affects the organs or test a possible cure. All of this is done to protect mankind, but innumerable animals are sacrificed in the process.

The efforts often end in vain, as animal models do not always reliably replicate the human body.

Hence, these animal studies are unable to satisfactorily predict human responses, despite often costing more than $2 billion for just a single compound. 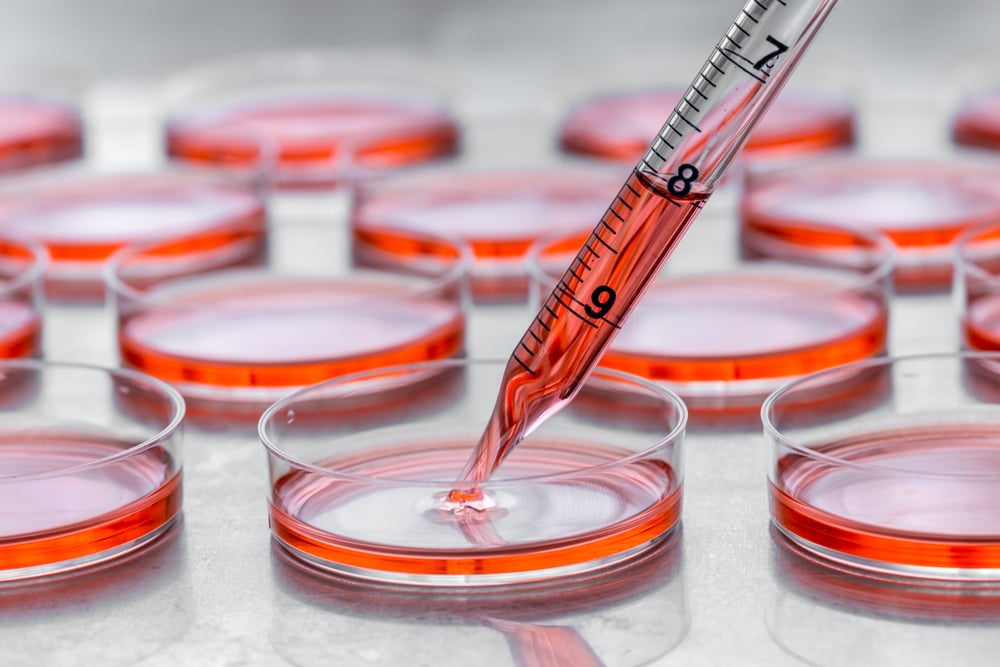 Scientists do have the option of using cell cultures instead. Cell cultures are basically human cells that are grown and maintained in a plastic dish. In this way, the researchers are able to bridge the gap between the animal trials and their applicability to humans.

However, cell cultures are still 2D replicas of human organ tissues and fail to recapitulate the complex interactions that happen in a living, breathing human body. Unlike an organ-on-a-chip, cells that are grown in culture are not exposed to the dynamic environment of the body, and are therefore not completely reliable predictors of organ response.

This new technology can replace animal experiments entirely, since they can provide more precise and trustworthy preclinical data. OOCs permit interactions right down to the lower-level components, such as tissues, cells, proteins and genes. They accurately recreate therapeutically relevant features for the purpose of drug delivery investigation and the exploration of new therapeutic avenues.

The translucency of the chips is particularly useful to see how cells respond to an infection in real-time. For example, lung infections like those caused by the influenza virus can be replicated in the hopes of identifying a cure. 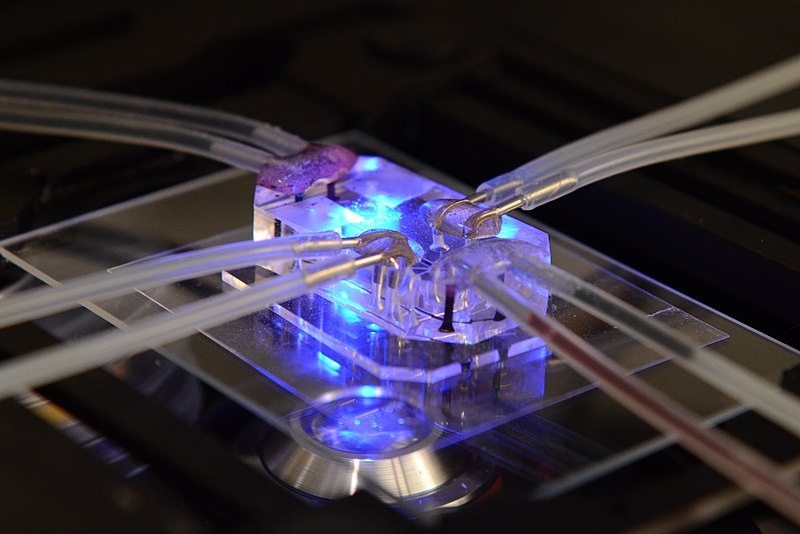 OOCs also allows researchers to investigate how environmental factors like pollution and cigarette smoke impact the physiology of individuals. For example, a lung-on-a-chip can be subjected to smoke coming from a smoke machine. The columns in the chip are observed for the deposition of particulate matter and any blockages. 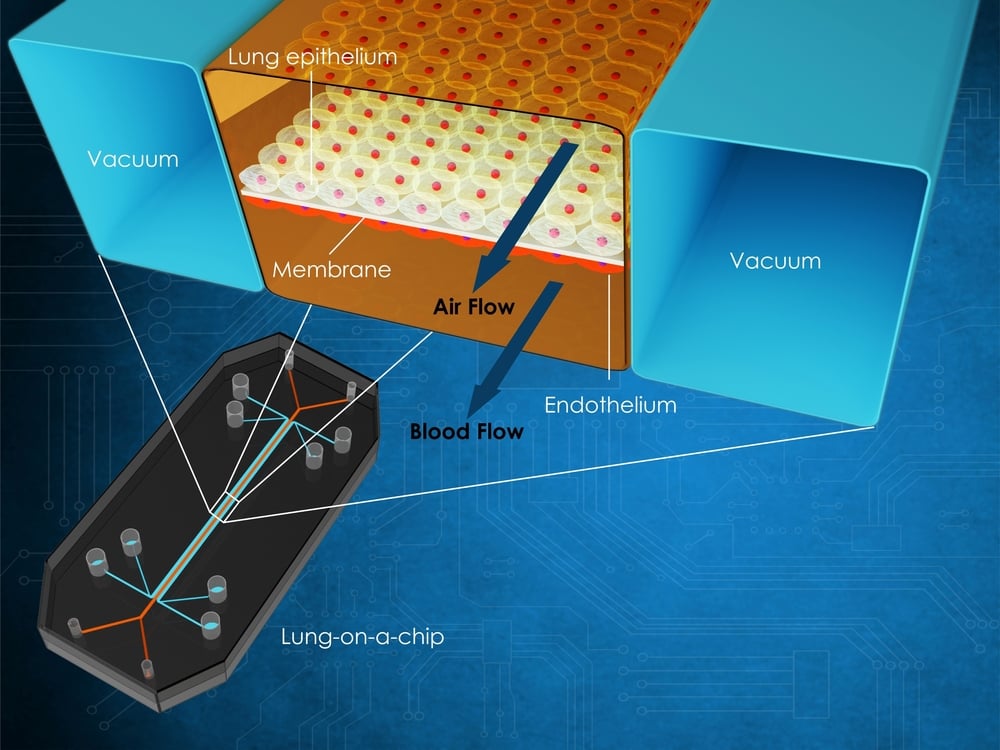 OOCs have even been rocketed off into space! Space travel affects human physiology in more ways than one, but these chips can help us identify all of them.

All of this and much more is possible without risking human or animal lives!

Organ-on-a-chip is the perfect combination of biology, engineering and technology, and solves a major problem faced by the research world. Crucial biological studies and drug tests can only be done by studying organs in the true state that they function in the body. Even if we ignore the difficulties of maintaining an organ outside of a body, human organs are too precious for experimental use. They are in high demand for transplant purposes and cannot be ‘wasted’ on research use. The introduction of OOC technology has managed to fill this void. Wyss researchers have also developed a way to connect the various OOCs, like lung-on-a-chip, heart-on-a-chip, kidney-on-a-chip, etc., to develop combined ‘Human Body-on-chips’ which is useful for a comprehensive analysis of a body’s drug response. 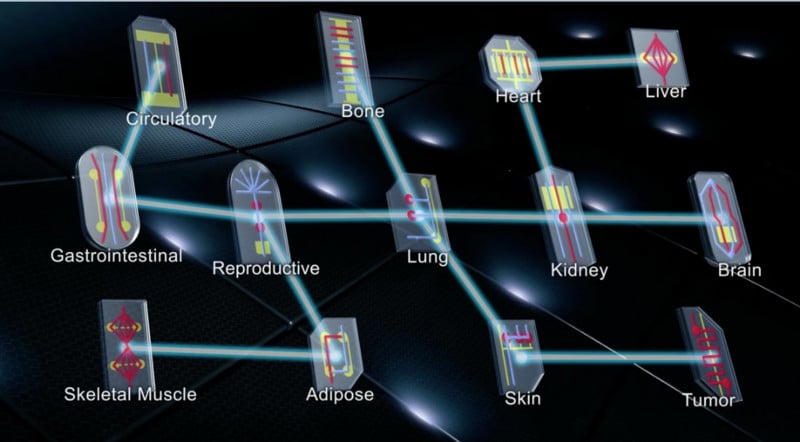