Over the years, engineers have been able to stuff more and more transistors inside the integrated circuit chip, thus increasing processing performance per unit area.

If you’re a millennial or older, then you undoubtedly remember those bulky laptops of the 80s and early 90s. If not, click here and check out those vintage laptops. Compare them to the laptops you see today, like the Apple MacBook, Lenovo Yoga, and HP Spectre, and you would be struck with awe at their sleek appearance. How did laptops transition from those bulky 15+ pound machines in the 80s to the lightweight and incredibly powerful laptops of 2020?

If you closely monitor the sales pitches of laptop manufacturers these days, a lot of emphasis is placed on how sleek, lightweight, and efficient their laptops are. In fact, many laptops are so light that we can pick them up with just two fingers! Despite their compactness, these computers are still armed with powerful processors, ample storage, and long-lasting batteries, which begs the question… why have laptops become so slim over the years, even as their storage and computational capacity has considerably grown?

The major reason for the decrease in computer size is because manufacturers have been able to make integrated circuits (ICs) smaller, allowing for crucial ICs like processors to be extremely compact, yet very powerful. This is done by stuffing more MOSFET transistors inside of a given space. 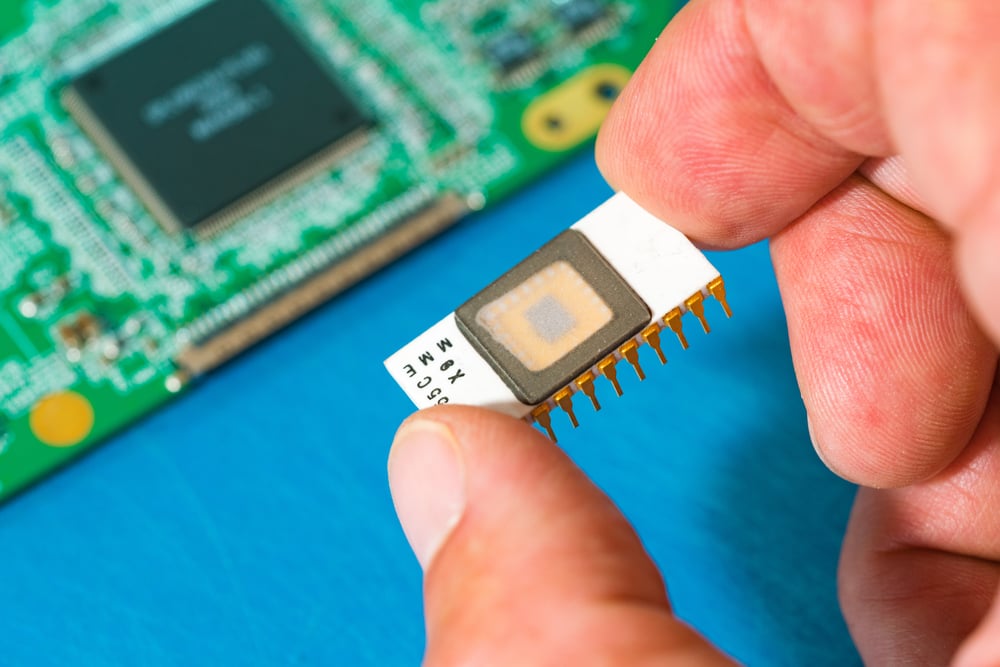 You see, ICs are tiny electronic systems in and of themselves. If you took a basic electronics class in your school or college, you would know that an electric circuit basically comprises fundamental electronic components like resistors, capacitors, transistors, diodes, etc.

Now, in integrated circuits (ICs), a special class of transistors called metal oxide silicon field-effect transistors (MOSFETs) are used to emulate special function circuits. MOSFETs have physical properties that allow engineers to replicate the functionalities of resistors, capacitors, switches, etc. by using them. The best thing about MOSFETs is that they are easier to scale; in other words, by optimizing the design techniques, engineers can stuff more transistors inside the ICs.

Thus, over the years, engineers were able to cram more and more of these transistors inside the IC chip, which increased processing performance per unit area. The best thing was that the addition of more transistors didn’t require more electrical power because their size remained the same. As a result, this translated into more processing power per unit of electricity.

This demonstration of increased processing power without an increase in size is best explained by Moore’s law. Gordon Moore, cofounder of Electronics Magazine, published a paper in the 1960s expounding on the incredible impact of the miniaturization of technology and predicted that it would take around 18 months to double their processing power. That means that a processor in 10 years would be 100x more powerful than a processor today! You can read why computers, in general, have become smaller and more powerful over the years here.

The printed circuit board (PCB)—the main green board inside your laptop where all the electronic components are assembled—has also evolved over the years. Improvements in the PCB are harder to gauge visually, but they have also contributed to making laptops slimmer and lighter. Modern laptops use high-density interconnects in these PCB boards, meaning that the copper traces that channel electricity on the PCB board do so in multiple layers. This has allowed manufacturers to pack more connectivity into a smaller, lighter space. 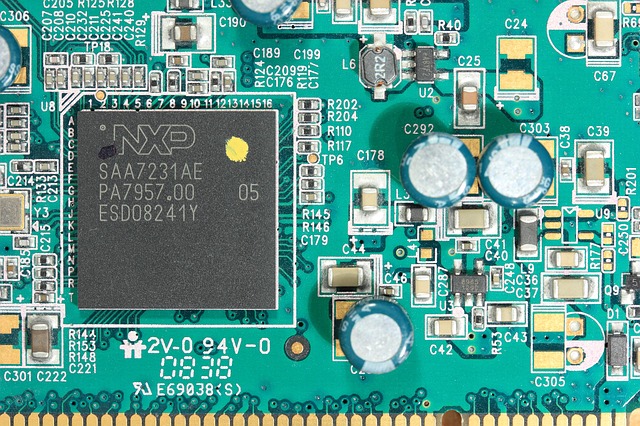 This may not sound like an intuitive option for making computers sleeker, but software and tools have also played their part in bringing down the size of laptops. There are many advanced electric circuits and system simulation software programs available on the market, including PSpice, ECAD, Proteus, MATLAB and SciLab.

All of these allow manufacturers to quickly test their designs by running simulations. A simulation basically consists of putting the circuit schematics on computer software and then measuring the output of the circuit. This saves a great deal of time during the development stages.

These software advancements have made it easier for manufacturers to quickly test their new compact designs, rather than manually testing everything.

Also, over the decades, manufacturers have gathered enormous amounts of data regarding the design and manufacturing processes. Coupled with advancements in circuit simulation software, this has helped them discover ways in which laptops can be made even sleeker through efficient design. 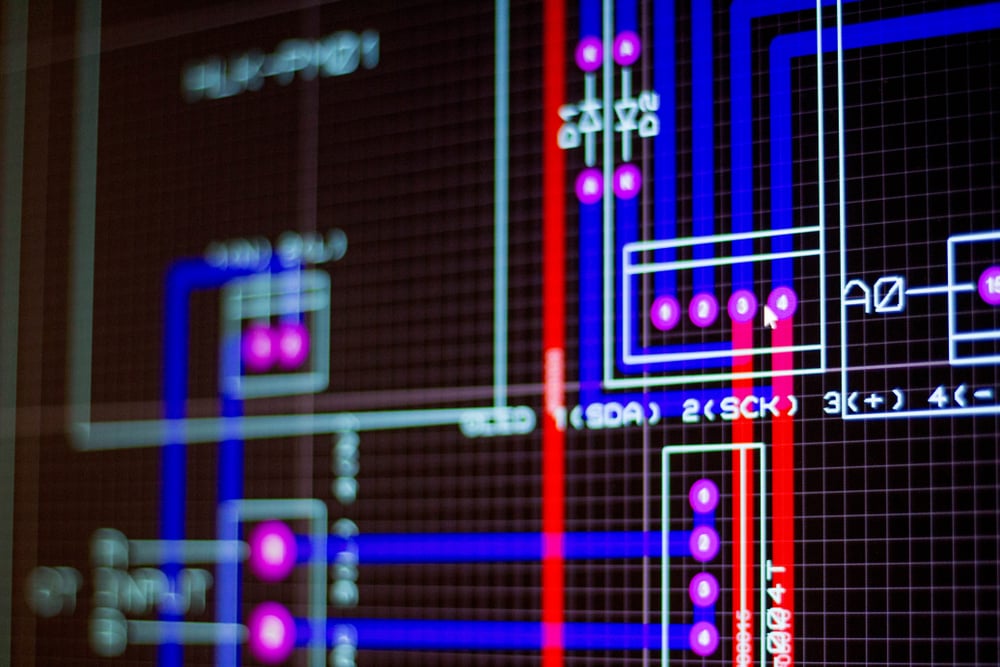 You’ve probably noticed over the years that even computer ports are shrinking or disappearing completely. For example, laptops in the 90s used to come with gigantic printer ports. However, printers these days work wirelessly, so those big printer ports have vanished from laptops.

Many laptop manufacturers are also doing away with ethernet ports, which are relatively bulky. There has also been the evolution of USB ports. USB type C ports, which many laptops come with today, are much smaller than earlier-generation USB ports. All of these adjustments have helped in making laptops slimmer.

Use of lighter but sturdier materials

Many laptops, especially premium ones, generally use lightweight magnesium alloys in their construction. Alloys like these are chosen not only for their lighter weight, but also for their higher relative strength and better durability. They are not just used for making outer panels and chassis, but also for making parts fixed inside the laptop, like brackets and holders. This has helped make laptops considerably lighter in weight.

Finally, batteries have also significantly changed over the years. We have now completely transitioned away from old-school nickel cadmium or nickel hydride batteries. Although they worked well for their time, with such a major increase in processing prowess, the energy they hold simply isn’t suitable for today’s computing needs. These days, laptops instead come with efficient lithium-ion or lithium-polymer batteries, which not only hold much more energy than earlier nickel-based batteries, but are also substantially lighter.

Are there any tradeoffs associated with slimmer and lighter laptops?

So far, we have discussed all the science and technicalities involved in making laptops lighter and sleeker. We have also seen that laptop marketers are strongly persuading prospective buyers to buy their laptops due to their elegance in compactness. In fact, desktop computers have faded in popularity over the years as more and more people opt for laptops, as they are portable and much lighter.

So, has our predilection for lighter laptops made them lighter and more powerful, without any major drawbacks? Well, marketers would like you to believe so, but there are some tradeoffs associated with this endless pursuit of compactness.

The tradeoff of making slim lightweight laptops is that they often compromise on the heat sink and other heat-dissipating capabilities. Heat is a major factor that influences computing performance. If you see gaming laptops, they are bulkier and heavier because while playing high-end games like GTA, Far Cry, or Hitman, a lot of heat is generated, which is then vented out by those big vents and fans that generally come on gaming laptops.

Now, some of you might be wondering what happens if laptops heat up and cannot efficiently dissipate the generated heat? Well, that leads to a problem that is technically called thermal throttling. When the laptop heats up to dangerous levels (usually around 80-90oC), your machine will slow down to reduce heat emission. This would mean that your laptop would slow down, the frame rates on the games would drop, and the system might even hang. This is why the slim and lightweight variants available on the market are seldom packed with powerhouse electronics, like a superior processor or high-end graphic cards. For those tools to work efficiently, good thermal design needs to be present in the laptop, and for good thermal design, you need more real estate—a commodity that is very scarce in lightweight laptops! 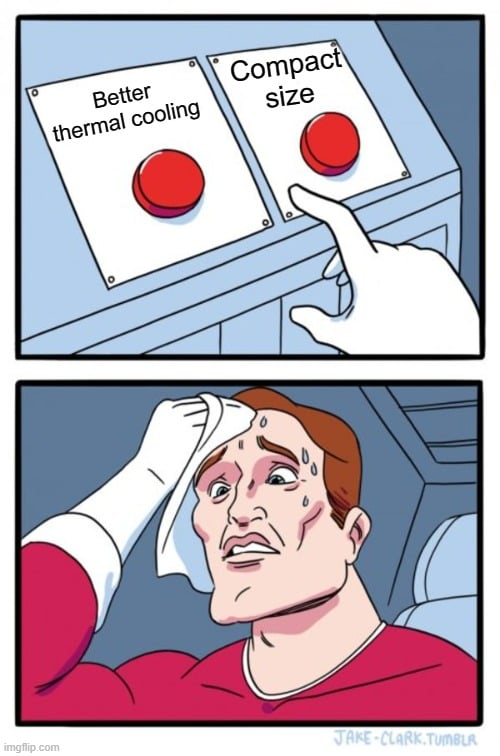 Setting aside the thermal throttling problem, engineers have done a commendable job in bringing down laptop weight, while simultaneously improving computational capabilities. From squeezing in more transistors to using lighter but more efficient batteries, laptops have evolved in countless ways over the years and now offer us true portability for our computational needs.