Home
Technology
What Is Artificial Intelligence and How Is It Powering Our Lives?
Table of Contents

When we come across the terms “Machine Learning” and “Artificial Intelligence” (AI), images of sentient robots fighting their war on our planet (Transformers) or bots from Skynet leaving American cities in ruins (Terminator), are quick to appear in our minds. Most of us think that AI is restricted to bots trying to enslave humankind. 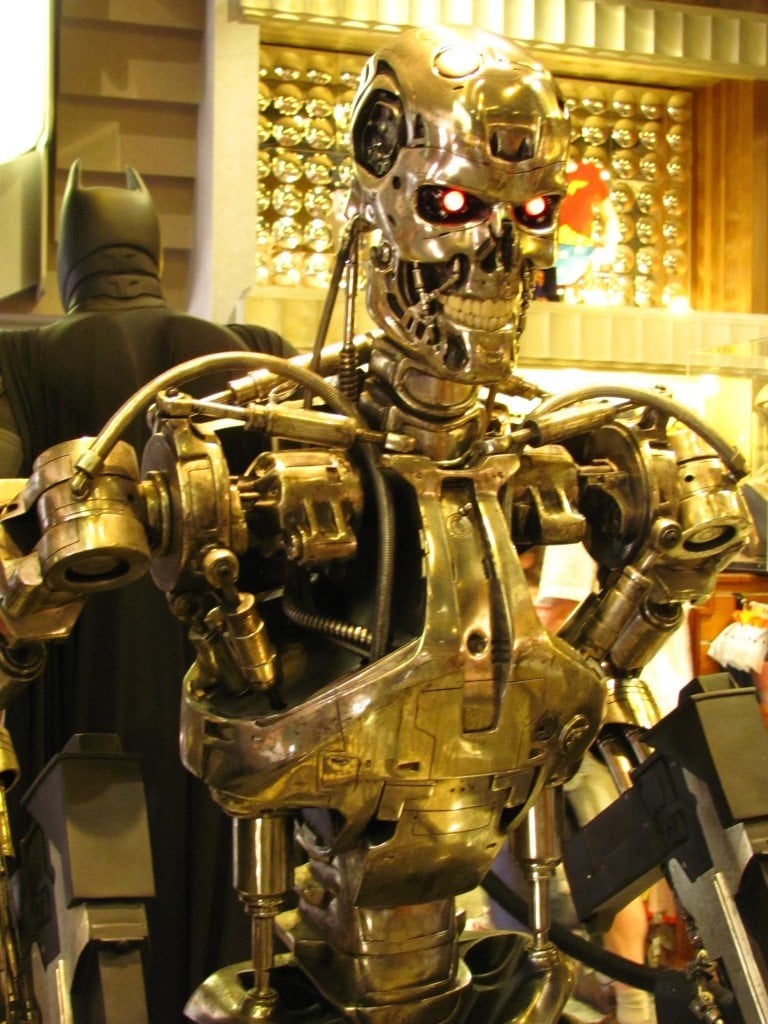 However, AI is much more than a machine bearing a human-esque learning tendency. In fact, you might be surprised by how often we encounter this technology in our daily lives. Think of the times when you are scrolling through your Facebook feed and multiple advertisements appear for casual shoes that you were thinking of buying. One might think that privacy is non-existent on the Internet and that this is the result of websites spying on them. Well, privacy isn’t very strong, but websites aren’t actually spying on every individual user. It would be too expensive and illogical to do so. The reality behind this is very cleverly designed algorithms that constantly receive input data via your internet usage behavior. This optimizes your social media feeds, search engine pages, video-sharing platforms and other websites in accordance to your activity.

Before diving into the geeky details about algorithms, we need to know some basics about Artificial Intelligence.

What is Artificial Intelligence?

The term Artificial Intelligence was first coined by John McCarthy in 1956 at the Darthmouth conference. This event is regarded as the birth of AI. 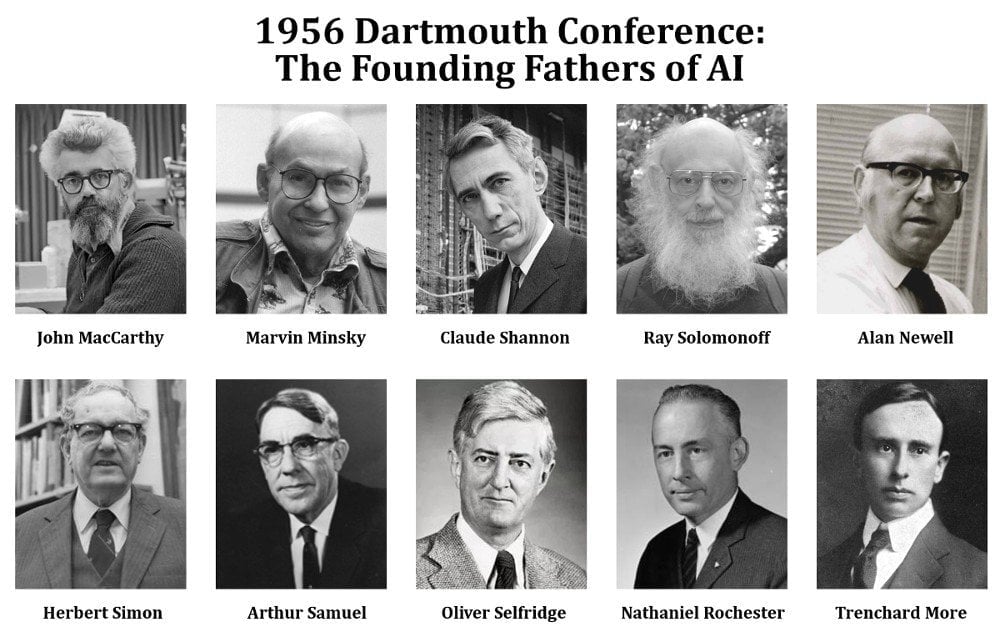 However, the pursuit at understanding if machines can actually have autonomous thinking began a bit earlier.  Alan Turing, in a 1951 paper entitled “Computing Machinery and Intelligence”, proposed a test called the “Turing Test” or “The Imitation Game”.  A Turing Test is a method devised by Alan Turing for determining whether or not a computer is capable of thinking like a human being.

The original aspects of AI formulated in 1955 were as follows:

Since then, AI has come a long way.

In the decades that followed, the field of AI went through ups and downs as some AI research problems proved more difficult than anticipated, while others proved insurmountable with the technologies of the time. It wasn’t until the late 1990s that research progress in AI began to accelerate, as researchers focused more on the application of AI to real-world problems, such as image recognition and medical diagnosis. An early milestone was the 1997 victory of IBM’s chess-playing computer Deep Blue over then world champion Garry Kasparov. 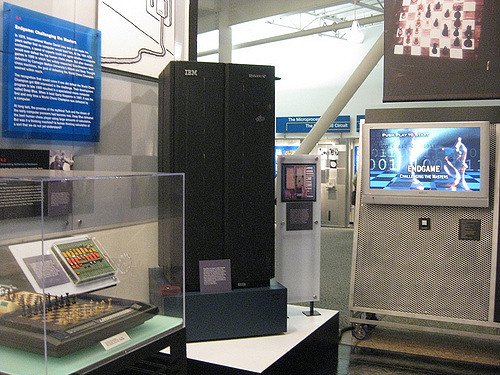 This was followed by other significant breakthroughs in the field, including DARPA’s (The Defense Advanced Research Projects Agency) new technology CALO (Cognitive Agent that Learns and Organizes). CALO  eventually led to the development of Apple Inc.’s Siri, IBM’s question-answering computer Watson’s victory in the TV game show “Jeopardy!” , and the success of self-driving cars in the DARPA Grand Challenge competitions in the 2000s.

In recent years, the field of deep learning, also known as deep network learning, has undergone massive advancements. Deep learning uses structures loosely inspired by the human brain, consisting of a set of units (which are equivalent to “neurons” in the brain). Each unit combines a set of input values to produce an output value, which in turn is passed on to other neurons in the deeper layer of the network. For example, in an image recognition application, a first layer of units might combine the raw data of the image to recognize simple patterns in the image; a second layer of units might combine the results of the first layer to recognize patterns-of-patterns; a third layer might combine the results of the second layer; and so on.

Deep learning networks typically use many layers—sometimes more than 100— and often use a large number of units at each layer, to enable the recognition of extremely complex and precise patterns in data

How are AI and Machine Learning integrated into our everyday lives?

Getting back to the topic of cleverly designed algorithms in our social media feeds, one interacts with AI more often than he/she realizes.

When Facebook automatically gives out tagging suggestions on the new photo that you are about to upload, it uses facial recognition. It employs a very deep machine learning technique for this purpose. Amazon harnesses deep learning to advertise recommendations for the sport shoes you were just looking up on Flipkart or ebay.

Digital assistants like Siri, Alexa, Cortana and Google Assistant use AI to provide information or execute tasks. Similar systems are used to recommend films or TV shows on streaming services like Netflix or Amazon Prime Video. Recommendation systems use machine learning to analyze viewing habits, so shows that are relevant to our taste show up at the top.  They are also used to suggest music on streaming services, such as Spotify, and articles to read on Quora.

In recent years, speculation over Terminator-like cyborgs trying to wipe out humankind has been quite common. This may or may not happen, but the technology does exist to create such a merger of human and machine. In the future, there’s the possibility of having machines with an actual human brain. The neurons can be manufactured in a laboratory. 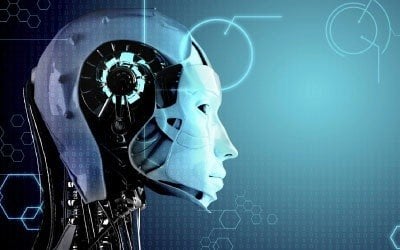 Many human brain–computer interfaces are currently being used for therapeutic purposes to overcome medical or neurological problems.  For example, the Deep Brain Stimulation (DBS) electrodes are used to relieve symptoms of Parkinson’s disease.

Connecting a human brain to a computer via an implant could be beneficial to patients in the short term. However, it opens up another can of worms, such as the legality of its use in terms of social and technological perspectives. The biggest question would be whether a computer with a human-like brain would be regarded as an actual human with similar rights!

The short URL of the present article is: http://sciabc.us/krAgV
Help us make this article better
Prev Article Next Article
About the Author