Octopi are highly intelligent creatures, displaying many behaviors that betray their intelligence. These eight-limbed beasts of the deep are able to use tools, solve problems, and even play when bored. Their unique location of neurons throughout their limbs allows them to smell, taste, touch, and act independently of one another. Additionally, their possession of a personality and ability to learn and remember lessons makes a strong case for an elevated level of intelligence.

If you love nature documentaries as much as me, then you’ve probably learned about an incredibly interesting range of animals and plants over the years. When you watch those types of specials, one of the subjects that is impossible to ignore is the impact evolution and natural selection have had the on diversity of life on planet Earth. 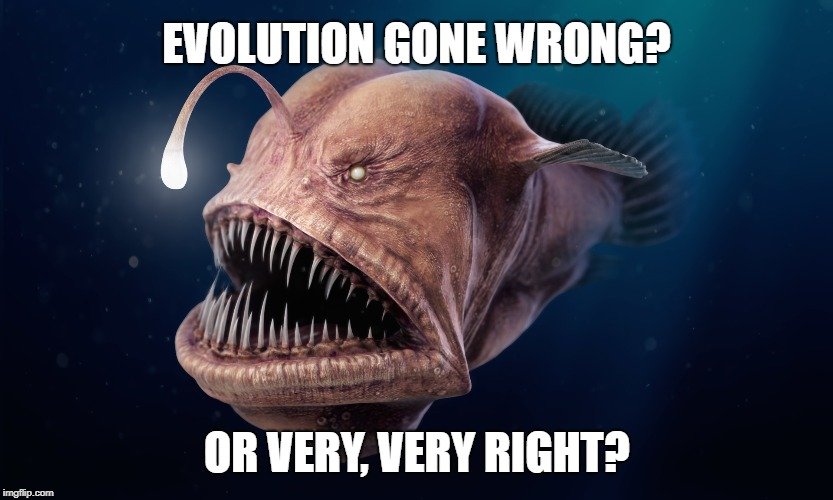 When it comes to intelligent life, human beings are the undeniable leaders in terms of brain power, but that doesn’t mean that the rest of life on the planet is dumb. There are countless species whose intelligence is widely praised, including great apes—our closest relatives—dolphins, elephants, pigs, rats and crows. One of the animals that is often overlooked, however, is the mysterious octopus. Cloaked in secrecy, armed with multiple unique adaptations, and wary of humans, these ink-squirting, eight-limbed hunters of the deep are some of the most intelligent creatures in the ocean.

What Is An Octopus?

An octopus is one of more than 300 species of soft-bodies cephalopods belonging to the order Octopoda, and closely related to squids, cuttlefish, and nautilus. Living in many different areas of the ocean, from the darkest depths to the shallow shoals, these creatures lack any bone structure, which means that they are the ultimate shapeshifters, capable of squeezing themselves through unbelievably small spaces. The only hard structure is the cartilaginous beak, along with two eyes—the only real limitation to the size through which an octopus can pass. 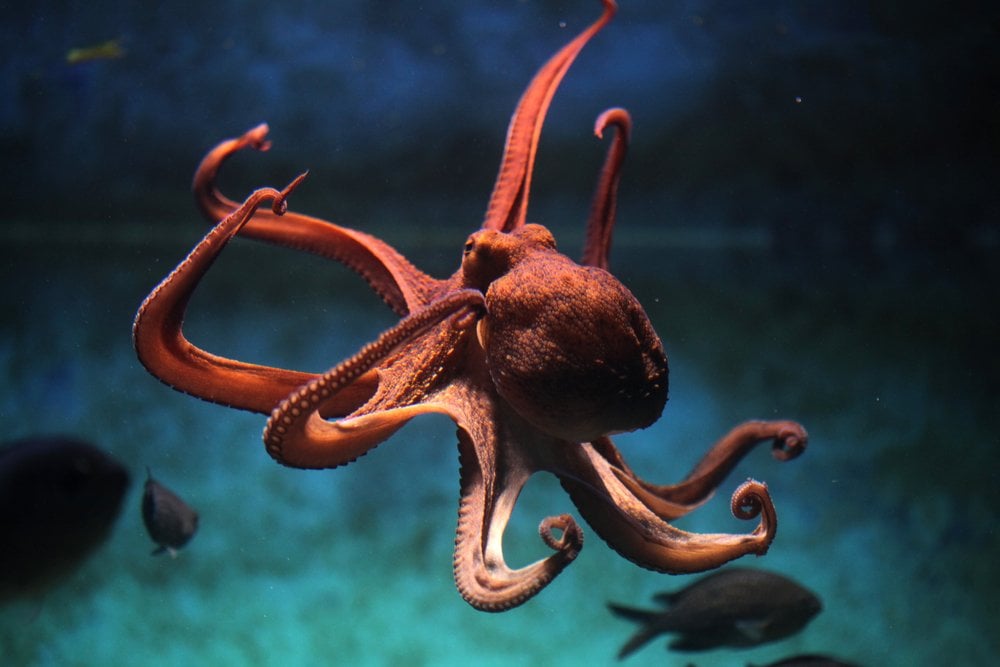 These creatures have been the subject of fascination for cultures around the world, but they’re also commonly consumed as food in certain Asian and South Pacific regions. The reason these creatures stand out in the ocean is because of their many bizarre adaptations. Most famously, perhaps, is the ability of an octopus to spray ink when it is feeling threatened, filling the water with a disorienting burst of ink and darkness, allowing the octopus to escape or attack. 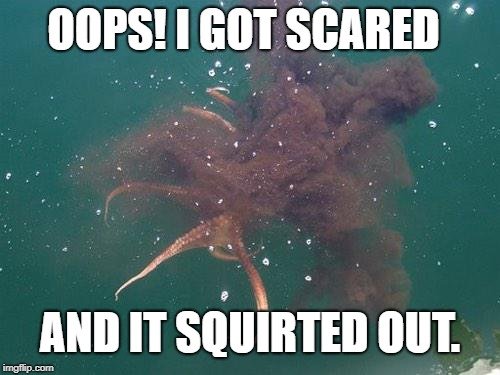 The eight limbs of the octopus—often mistakenly referred to as tentacles—are covered in sucker pods, which provide these creatures with meticulous control of their movement and enable them to grasp certain objects, as well as their prey. In terms of movement, they can float up and down, similar to jellyfish, amble slowly along the seabed with their limbs, or they can use jet propulsion for short bursts of rapid movement and attacks. Their sucker pods and highly dextrous limbs even allow these brilliant creatures to use tools, something rarely seen outside of mammals.

Another feature that has made these some of the most enigmatic creatures in the sea is their ability to fade into the background and disappear at will. Octopi are equipped with thousands of specialized pockets on the surface of their skin that act like a video screen. When an octopus wants to match its surroundings and hide from potential predators, it can open these small pockets to reveal variations in color shades that mimic the surroundings on the opposite side of its body. In effect, it can instantly match its background, eluding predators and even the eye of keen observers and researchers. This defensive tactic helps these soft-bodied creatures move stealthily through their environment, hunting at will and outsmarting any would-be predators. 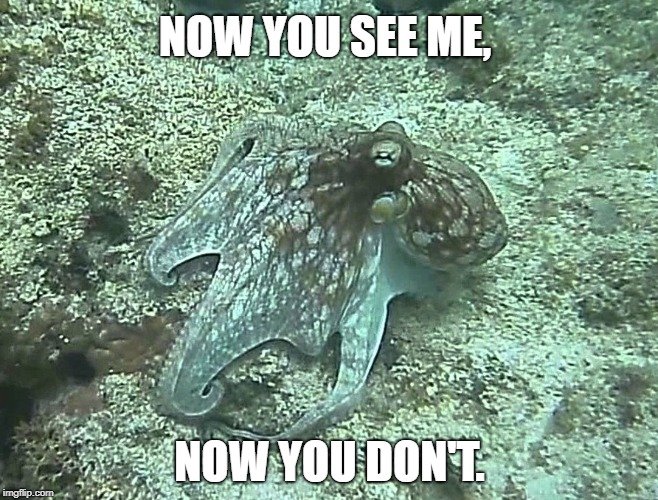 Some of their other behaviors betray their intelligence, making it hard to deny the cleverness of these eight-limbed beasts of the deep. When octopi are isolated in an empty tank with random objects, the creatures will eventually begin to play, meaning that they experience boredom, and also a desire to occupy themselves. “Playing” is usually restricted, once again, to higher-order animals, such as dolphins and other large mammals, e.g., bears, wolves, lions. Many unsuspecting researchers and early octopus experts were surprised to discover how mischievous octopi were, deconstructing tank elements, taking apart filters, opening aquarium lids, making impressive escapes, and even stealing away to other tanks and snatching an easy meal before returning to their own tanks. These problem-solving skills are impressive for any creature, especially one that we still know so little about!

Why Are Octopi So Intelligent?

Octopi are highly unique creatures, and display an unusual level of intelligence, particularly for invertebrates. When evolutionary researchers look at the rise of intelligence in creatures, there is a clear divide between vertebrates and invertebrates. Life grew in a generally more intelligent direction along the branch of vertebrates (e.g., fish, reptiles, birds, mammals, humans), while less importance was placed on intelligence for creatures on the invertebrate branch (e.g., earthworms, insects, crustaceans, jellyfish, coral, hydras and sea anemone). 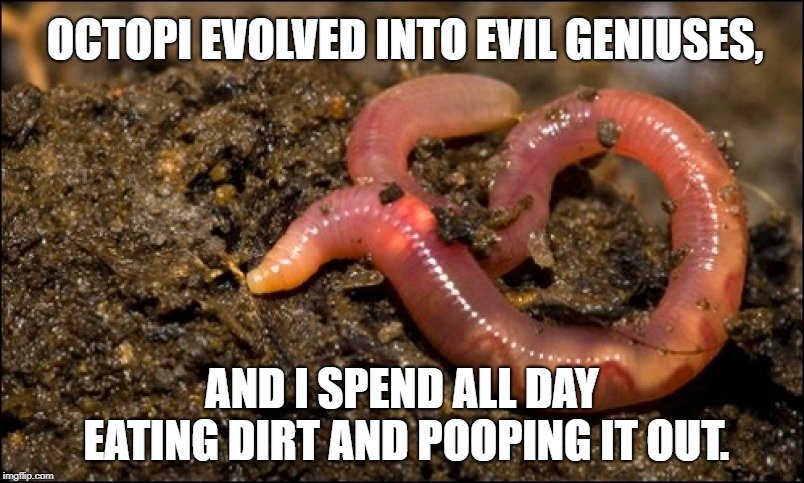 Now, some of the adaptations mentioned above are unrelated to intelligence, and simply reflect how cool an octopus is, but their ability to use tools and their skillful avoidance tactics, combined with certain other traits, e.g., playing, curiosity, engagement with humans, mischief, and problem-solving, suggest that these creatures are truly something special. In the broad swath of invertebrate animals, cephalopods—the class of which octopi are a part—are an unexpected beacon of intelligence in an otherwise non-brilliant branch of life.

This undeniable intelligence remains a source of debate among marine experts, because it doesn’t seem as though they should be so clever. For example, there are about half a billion neurons in the octopi nervous system, as compared to the approximately 100 billion neurons in the human brain. Additionally, the location of these neurons in an octopus is unique, with only 1/3 of them actually being found in the “main” brain, and the remaining spread out between the eight limbs and the large ganglion at the base of each arm. For this reason, it is often said that an octopus actually has 9 brains. With so many of the neurons running throughout these limbs, these become critical sensorial organs, allowing an octopus to smell, taste, touch and even act independently of one another. Compared to other invertebrates, this is a huge brain, even though it is relatively small or simply compared to other vertebrates. 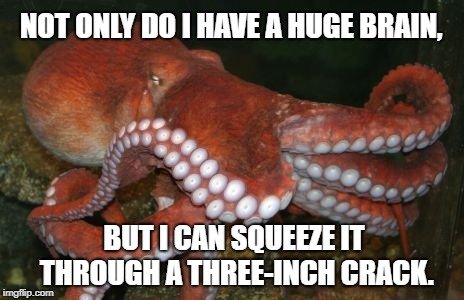 Octopi in captivity or those being researched over long periods have also displayed obvious personality quirks, in the same way you might describe a dog or a cat—excitable, shy, social, aggressive, passive, emotional, indifferent. The possession of a personality and their proven ability to learn and remember lessons (e.g., solutions to mazes/problems) makes a strong case for an elevated level of intelligence; some experts even hypothesize that octopi have a rudimentary level of self-awareness, or self-communication.

Another possible explanation for the development of such advanced intelligence is the issue of food scarcity. Throughout the natural world, when food is abundant, creatures aren’t pressured to develop more complex brains to solve problems, e.g., acquiring food. However, for octopi, which often inhabit the depths, where food is scarce, or coral reefs, where the environment is variable and potentially dangerous, survival is dependent on being intelligent. The ability to solve ecological obstacles means that octopi are great survivors, despite having a relatively short lifespan. Most intelligent animals have longer lifespans, e.g., crows, dolphins, apes and elephants, but octopi also have unique mating patterns. 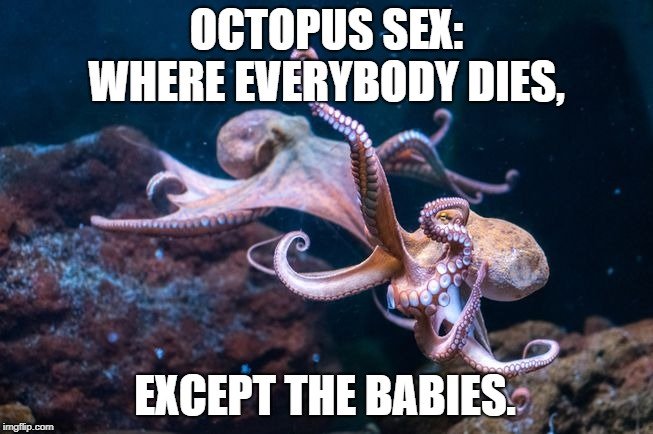 After mating occurs, both males and females undergo extreme metabolic changes that result in their death soon after mating is complete. Male octopi experience a strange type of senility, in which they stop taking their normal precautions and behave recklessly, often leading to them being eaten shortly after they fertilize the female’s eggs, e.g., within 1-2 months. Female octopi, on the other hand, will spend roughly 1/5 of their lifespan with their eggs, ensuring that they are protected until hatching. She will not even leave the eggs to hunt or feed, and will shut down many of her body’s non-essential functions during her long vigil. Once the eggs hatch, the mother dies soon after. This many not seem particularly “intelligent”, but natural selection has led to this behavioral trait over the course of millions of years, as it helps to ensure the survival of the species.

While most people don’t look at hooded, 8-armed, bulbous-headed octopi as the deviant geniuses of the depths, but they display a level of intelligence that is nearly unrivaled under the waves. The true extent of their brilliance remains cloaked in mystery, as they are notoriously hard to study, particularly in captivity. Whether their cleverness developed due to food scarcity, in response to their poor natural defenses, or as an anomaly in the evolution of marine intelligence, they are some of the most interesting creatures on the planet. They may not be capable of joining forces and plotting to take over the world, but they certainly deserve our respect, and will surely continue to stimulate our curiosity! 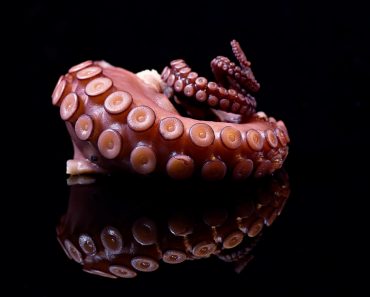