An anechoic room/chamber is a special chamber that completely absorbs sound and electromagnetic waves, therefore rendering the room unusually silent to a disturbingly high degree. Anechoic chambers are said to the quietest places on Earth.

Normally, you have to press your palm against your chest to feel the muffled sound made by heartbeats. But what if you could hear them, out loud, without using any equipment whatsoever? What would it feel like?

Let me tell you that you can hear your heart, and a few other organs of your body, producing sounds that you never hear normally. All you got to do is enter an anechoic room…

An anechoic room/chamber is a special chamber that completely absorbs sound and electromagnetic waves, therefore rendering the room unusually silent to a disturbingly high degree. In other words, it’s an echoless room that’s designed to prevent the reflection of both sound and electromagnetic waves. Furthermore, these rooms are also insulated from any external noise. They’re said to the quietest places on Earth; in fact, they are so eerily quiet that you can clearly hear your own heart beating, your stomach gurgling and your lungs breathing in and out! Can you imagine how weird it would be to listen to your lungs?

The record for being the quietest room on Earth is held by Orfield Laboratories, Minnesota (USA). According to Steven Orfiled, the CEO of the company, people who have been inside this room for more than a few minutes admit that it’s annoying to the point of being discomforting. ‘If you’re in there for half an hour, you have to be in a chair,’ says Mr Orfield. The longest a person has ever been inside this room is 45 minutes.

How do they make such silent rooms?

The basic principle behind making a room quiet to such high degrees is to ensure that there are almost no rebounding sound waves, meaning that all sounds are absorbed by the room itself. To achieve this, anechoic rooms are lined with fiberglass wedges that cover the entire ceiling, floor and walls. This creates an uneven surface of a wedge network protruding from different directions. 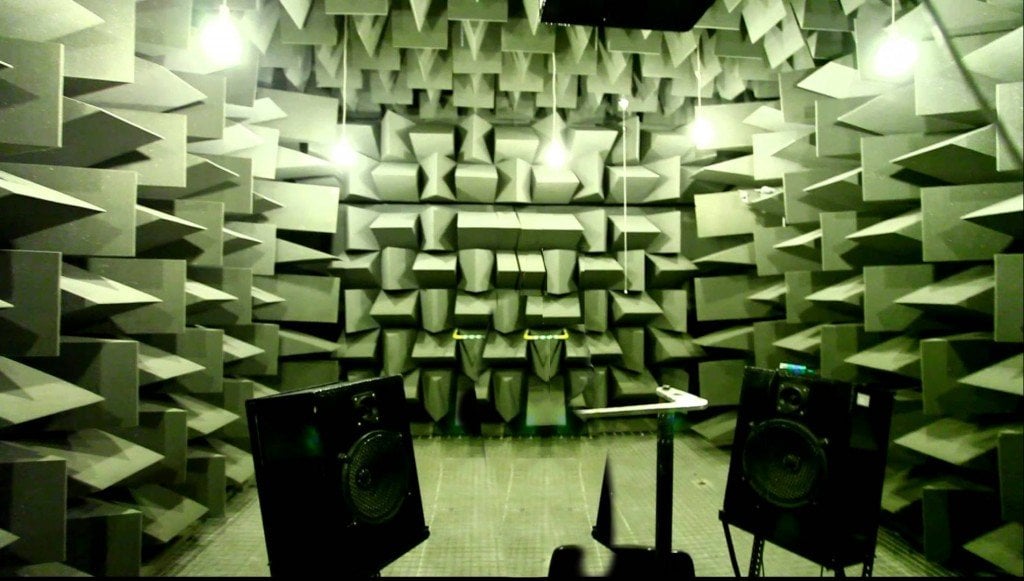 When sound waves strike the fiberglass, they are transferred to the body of a wedge, where the wave energy is effectively dissipated. Any residual sound (wave) reflects off the wedge at an angle and lands on another wedge undergoing the same process again. In this way, all of the energy of a sound wave is dissipated, so there’s no echo and the room becomes unbearably quiet.

Rooms that are specifically designed to absorb electromagnetic waves (also known as ‘radio anechoic chambers’) are covered with different material (radiation-absorbent material or RAM) than regular anechoic chambers. These rooms consist of small pyramids that are formed by impregnating rubberized insulating foam with a conductible metal, such as iron. 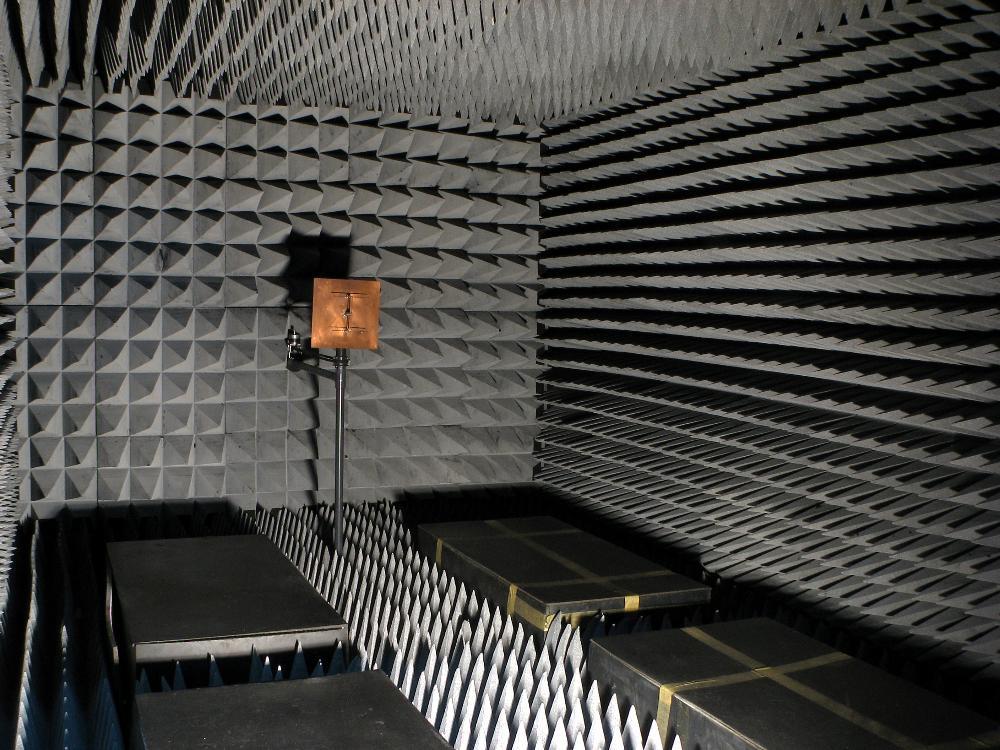 The process of wave absorption remains similar to that of sound waves; electromagnetic waves fall on the pyramids and bounce off to the neighboring pyramids to ultimately dissipate all of their energy. Such rooms are protected from external sources of radiation by means of a Faraday Cage – a mesh of conducting material that prevents any radiation from entering the chamber.

What are such rooms used for?

Okay, so you’ve made one of the quietest rooms on Earth. What’s next? What good does it do?

Since they are completely devoid of any noise or echo, anechoic chambers assume the role of ‘testing grounds’. First installed in the US in the 1940s, these were used in acoustic testing, since they provided an (almost) absolute noiseless environment for the examination of equipment.

These days, the same technique is used in large concert halls to absorb any/every vibration from high concentrations of sounds that could potentially harm the building and its inhabitants. Radio anechoic rooms, on the other hand, are used for testing radar, antennas and electromagnetic interference from multiple sources.

Anechoic rooms are undoubtedly a great human invention, but standing in one for too long is not that great of an idea. You’ve likely heard the old adage about silence being golden, and while that may be true, like everything else, too much silence, particularly in an enclosed space, is probably the last thing you want.