Home
Humans
Why Do We Dislike the Sound of Our Own Voice?
Table of Contents

I used to think that I had a really awesome voice. At a certain point in life, I even thought that I could become a singer, orator, broadcaster or something else with this awesome God-given talent.

Unfortunately, on one fateful day, I heard my own voice on a recording, and to my horror, it sounded nothing like I had imagined. I hated the way I sounded, and I thought that something must have been wrong with the recorder. But, just like mirrors, recorders do not lie. The way you sound in a recorder is the way that people hear your voice, but it turns out that I’m not alone. In fact, most people hate the way their own voice sounds.

Why is it that we sound so different than we imagine?

When we hear someone else talking, sound waves (pressure waves) from their mouth pass through the air before reaching our ear canals. The eardrum passes this sound vibration from middle ear bones to the inner ear. The inner ear is also called a cochlea, which contains thousands of tiny hair cells. Hair cells change sound vibrations into electrical signals, which are then sent to the brain. At that point, the brain tells you that you are hearing a sound and what that sound is. 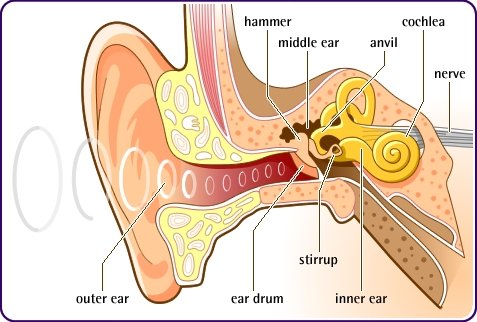 Now, when we hear ourselves talk, there are two types of sound that we hear: First is the the regular sound, which travels through the air into our ear canal, and then finally into the inner ear. However, when we talk, the inner ear also picks up vibrations happening inside our body. This sound travels through your bone and flesh, moving directly into our inner ear.

Therefore, when we hear our own voice, we hear these two sounds – both external and internal. Bones enhance lower frequency vibrations, which give our voice a deeper and fuller quality. This is the reason why you sound like Batman inside your head, but something closer to the Joker in real life.

When we hear our sound from a recorder, we only hear the external sounds that pass through the air. This is also how other people hear our voices. We do not hear the internal voice that passes through bones and flesh, however, which is why we hate the sound of our own voice when we hear it on a recording. How we wish that others could hear the voices inside our head! Sadly, it doesn’t work that way.

Don’t worry, though, you’re not the only person who hates their own voice. Almost everyone does (except Morgan Freeman, I would assume).

References
The short URL of the present article is: http://sciabc.us/1B3m3
Help us make this article better
Prev Article Next Article
About the Author