Though plants do not have ears like most animals, they can respond to sound vibrations and make changes in their physiology based on the signals they perceive.

We live in a world of sound. By way of evolution, animals have developed various ways by which they can receive sounds and use them to their advantage. Humans have an entire organ dedicated to the perception of sound—our ears. Certain other animals, like snakes, perceive sounds by the surface of their body.

However, we share our world with another class of living organisms—plants. Can plants hear sounds too?

Sound is a vibration that travels through a medium, like air, water, or solid matter. When animals intercept these vibrations, organs evolved for sound perception amplify them and convert them into electrical signals. Organs for sound amplification are present within us, and are known as ear ossicles. They are the smallest bones in the human body. 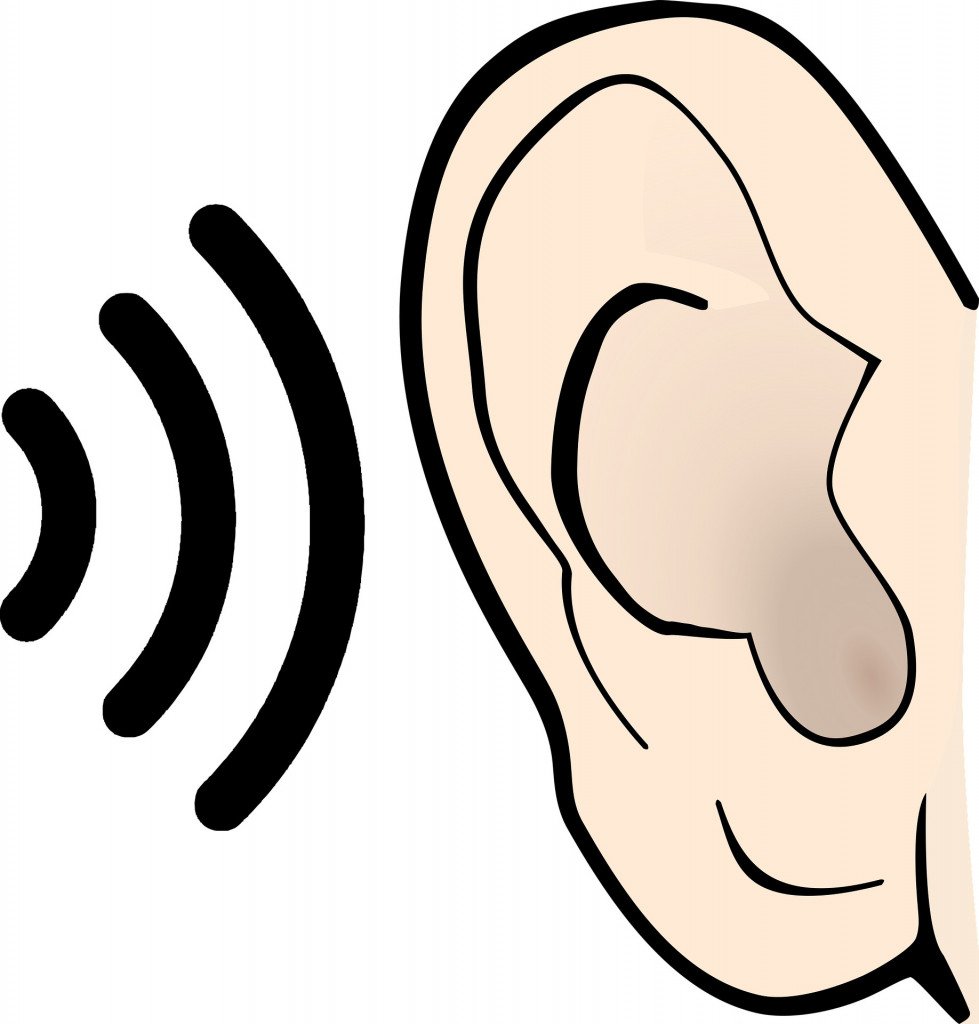 Sound is a form of vibration that can be perceived by animals and humans. (Photo Credit : maxpixel)

The converted electrical signals then travel to our brain via the auditory nerve and are ultimately processed in the auditory cortex present in the temporal lobe of the brain.

Plants do not possess a brain, but that doesn’t stop them from interacting with their environment. Sunflowers turn toward the sun, while Touch-me-nots wither upon physical contact. If plants can respond to light and touch, can they respond to sound as well?

Studies done on the impact of acoustics on plants show that plants do respond to sounds. 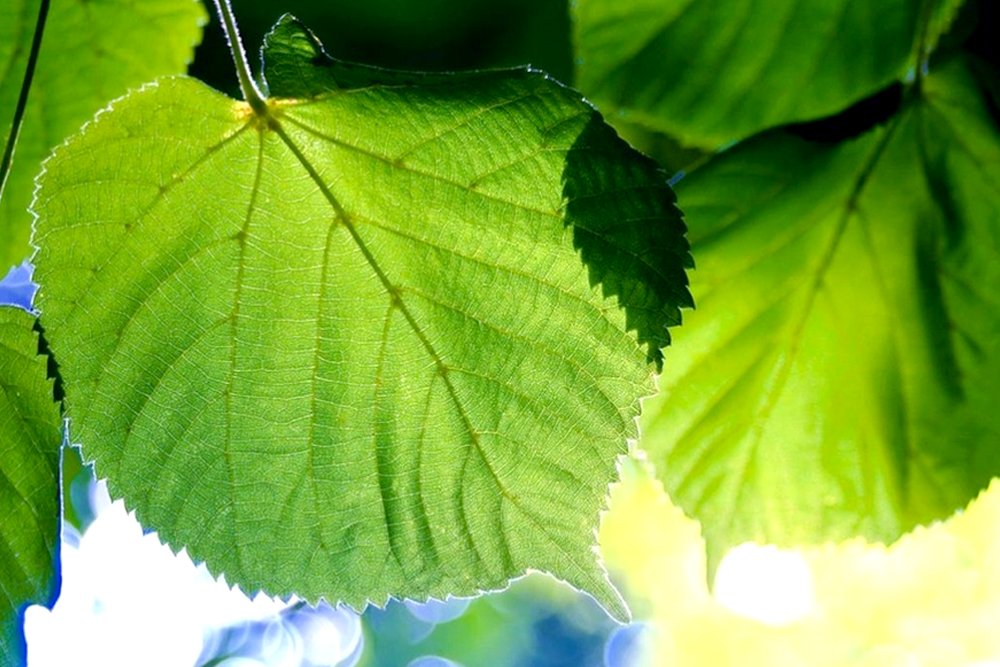 Studied have shown that plants can not only perceive sound vibrations, but also respond to them appropriately. (Image Credit: Max Pixel)

Scientists from the University of Missouri recorded the chewing sounds of caterpillars as they chowed down on leaves. They then played it back to the Arabidopsis plant. Upon exposure to the chewing sounds, the plants secreted certain chemicals, namely glucosinolates and anthocyanin, both of which protect plants from herbivorous attacks. 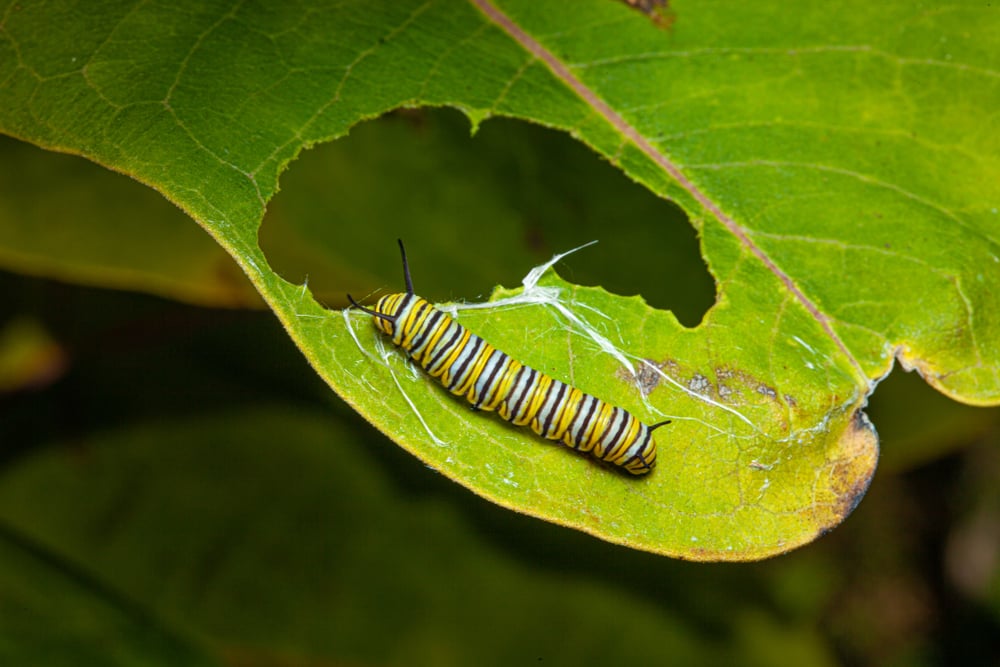 Interestingly, the plants produced these chemicals only in response to the chewing sounds; when exposed to the sound of wind or insect buzzing, the plants did not show high levels of these same chemicals. Therefore, plants show a visceral defensive reaction to the sounds produced by herbivores feeding on them.

Plants also have unique responses to the sounds produced by insects, such as the buzzing of bees. Insects, especially bees, are crucial for pollination, and thus the propagation of plants. When scientists from Tel-Aviv University in Israel played the buzzing of bees to the flowers of Beach Evening Primrose, they noticed that the flowers produced sweeter nectar within three minutes of hearing the buzz. 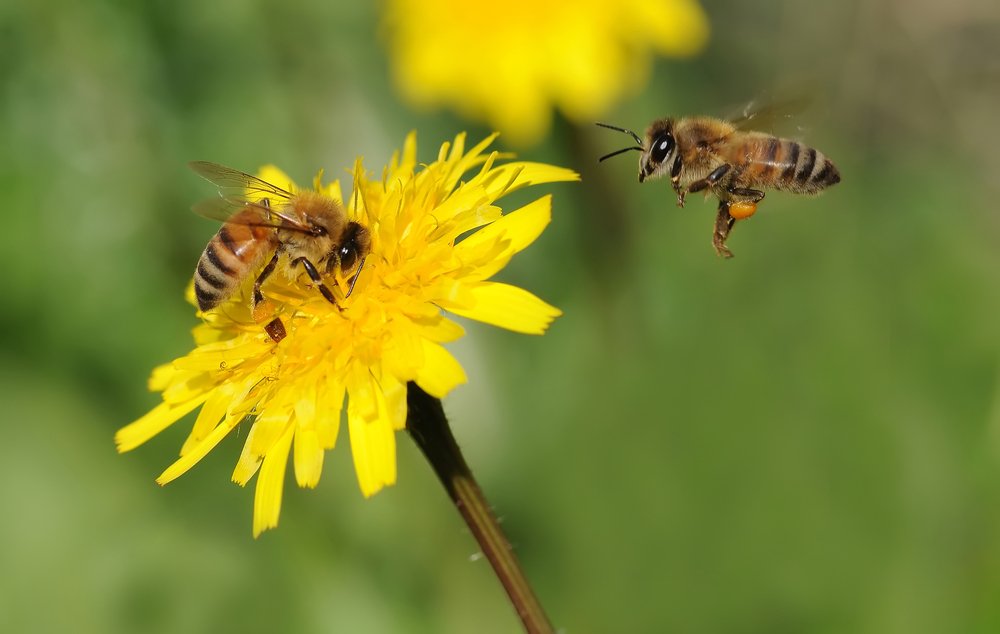 The sound of buzzing from insects induces the production of sweeter nectar in flowers. (Photo Credits : Amit Erez/Shutterstock)

Plants can even sense the sound of trickling water. Evolutionary biologists from the University of Western Australia found that the roots of the pea plant extend towards the sound of water. Plant roots act as sensors for water, and they use moisture gradients to navigate through the soil to reach water-rich areas. The question is, how do they know where to look for water in the first place? The scientists hypothesized that plants could sense the sound of water in the soil, which ultimately directed them to the accurate location. 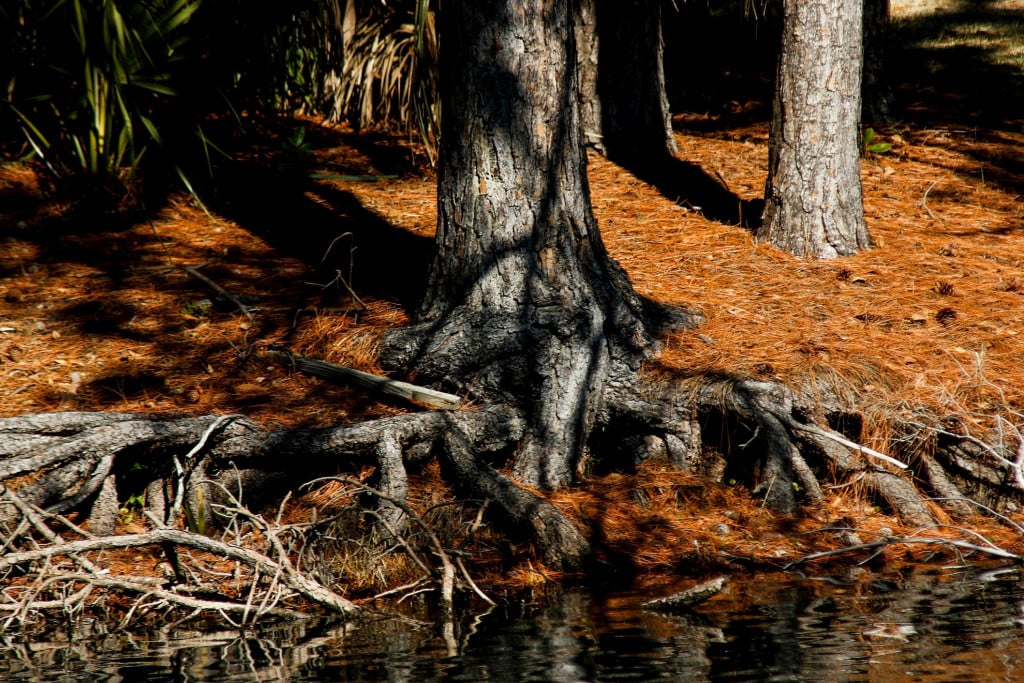 The roots of plants grow toward the sound of water. (Photo Credit : twenty20)

Plants Do Not Have Ears, So How Can They Hear?

As mentioned earlier, a sound is nothing but a form of vibration. We hear sounds in the way we do because of how our brain converts these vibrations into electrical signals. A snake, for example, perceives sound in a completely different manner, namely as vibrations through the surface of their skin, almost like a form of rhythmic touch.

Plants also have certain morphological parts that help them perceive sound better. The shape of the Evening Primrose flower is such that it can amplify the sound frequency of the wing flaps of an insect pollinator. 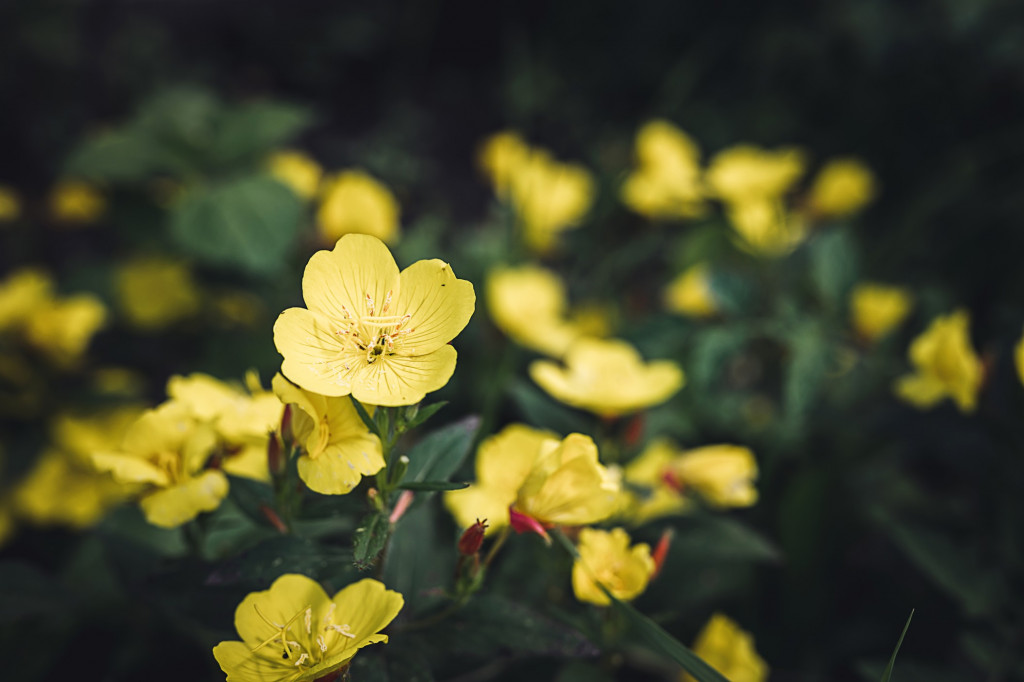 The shape of the evening primrose flower allows them to amplify the sound of the wing beat of insects. (Photo Credit : twenty20)

These leaves essentially act like sound reflectors. They reflect the sound produced by the bats right back at them. This echoing back of the sound allows the bats to find these particular vines among the dense foliage of the forest. 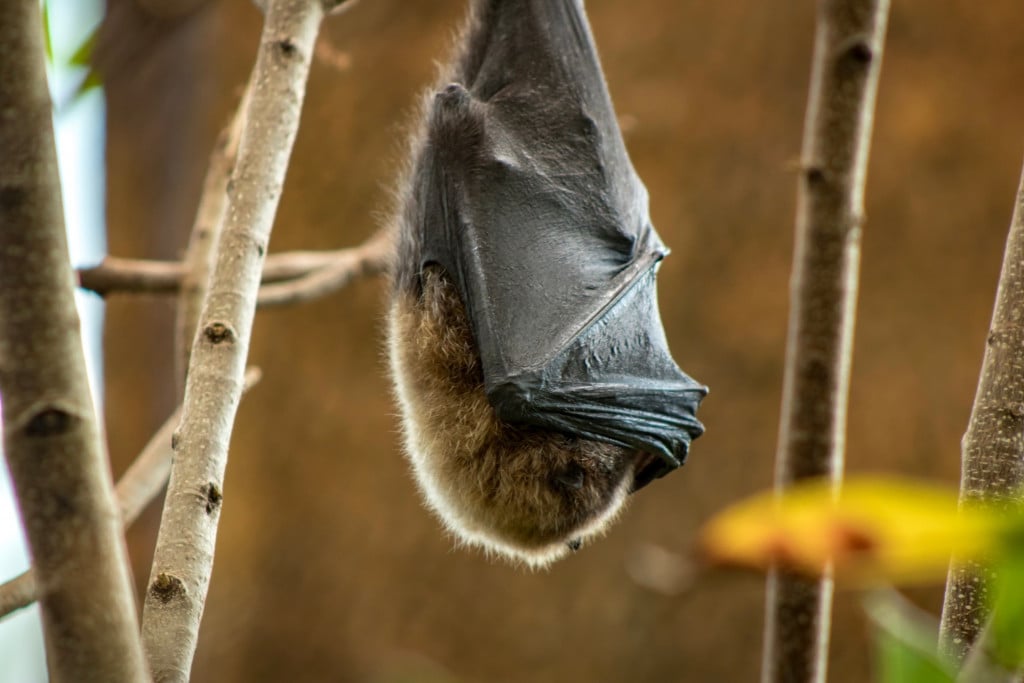 Like any other organism or adaptation, sound perception has developed in plants to benefit their survival and propagation. Plants are exposed to various sounds throughout their lifetime—the cacophony of insects, the slow rush of underground water, the aggressive chewing of herbivore predators, and the rustling of their own and their neighboring plants’ leaves in the wind, among others.

Scientists have theorized that plants convert these sounds into mechanical (like roots growing toward the water) or metabolic (like plants secreting chemicals or nectar) signals, as opposed to electrical signals, as is the case for humans.

Particular sound frequencies can even be used to bring about a better crop yield. Sound frequencies in the range of 1 to 2.5 kHz, with a loudness of 90 dB, notably increase the germination rate in green beans.

It has clearly been well-established that plants can react and respond to sounds. Scientists are now trying to figure out the mechanism behind these responses, as well as the effects of sound pollution on plants.