NASA has recorded magnetic and electric field waves associated with space events and translated this data into the human audible range.

There are countless questions about the cosmos that have been haunting scientists for centuries. To answer some of them, we have sent orbiters, spacecraft and sometimes even humans to collect samples and make observations, but how do you study something that you can’t see?

Humans are naturally able to hear and see only in certain specific frequencies and wavelengths. However, space has a multitude of waves that are beyond our narrow perceptions, so how do we study them?

We translate, remodel and adapt them according to our needs so that we can observe and analyze them. There is simply no stopping science!

Why can’t sound travel in space?

Sound waves are nothing but air vibrations. When these vibrations are in the range of 20 Hz to 20 kHz, we can hear them!

Sound waves basically travel by vibrating the particles in a medium, i.e., molecules of air. These vibrations are passed on to consecutive particles in the medium, meaning that sound waves cannot travel without a medium. The reason we can’t hear sound in the space is typically due to a lack of such a medium.

We may argue that there are clouds of gases in space that can act as mediums, but gases are not present uniformly throughout the space. Moreover, gases are typically less dense in space, which means there is too large of a gap between the particles, so vibrations cannot travel efficiently.

How do scientists hear the sounds of the universe?

To begin with, scientists cannot actually ‘hear’ space sounds, but they do have the means to examine the space waves by converting them into sound waves.

Sonification is the conversion of any non-auditory data into sound, and is analogous to data visualization.

A conversion technique is called Sonification if it fulfills certain criteria:

Space is full of radio waves, plasma waves, magnetic waves, gravitational waves and shock waves, all of which can travel in space without a medium. These waves are recorded by instruments that can sense these waves, and the data is transferred to earth-based stations, where the waves are sound coded.

NASA has an instrument called the EMFISIS (Electric and Magnetic Field Instrument Suite and Integrated Science) plugged in to its two Van Allen Probe spacecraft that measures magnetic and electric interference as they circle the earth. There are three electric sensors that measure the electric disturbances and three magnetrons that measure the fluctuations in magnetic fields. Some of the electromagnetic waves lie in the audible frequency range, which works as a base for scientists to translate the remaining recorded frequencies in the audible range in order to interpret data. This knowledge about waves and their tones helps us understand the pattern they follow. Additionally, these are just the waves that are near Earth’s atmosphere. 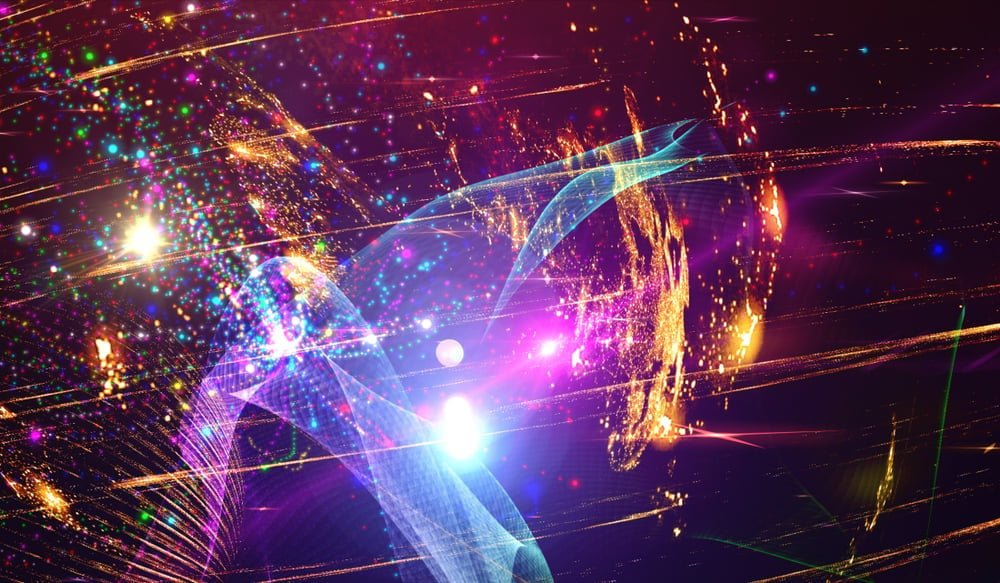 Although the scientific community has long been abuzz with questions related to the sun and its interior, we also know that it is impossible for any satellite or spacecraft to travel to the sun without burning up. The scientific observation of the sun is also nearly impossible due to its brightness. This leaves us with the option to observe the field waves that circle the sun and the natural vibrations that arise from the sun.

The sun’s surface is convecting due to sound waves of very low amplitude being produced. NASA has generated solar sounds from the data collected over a period of 40 days by the Solar and Heliospheric Observatory’s (SOHO) Michelson Doppler Imager (MDI). This data was processed as follows:

This is just one method adopted by scientists to study the sounds of space. There are also sensors that measure the electrical activity of the dust when a comet passes by a spacecraft!

‘Giant Leaps’ is a melody composed by NASA that describes the amount of scientific activity related to the moon. Every sound in the music exists because of data we have acquired. The higher the pitch in a given section, the higher the number of scientific publications during that period.

Oh, and space waves are far from what you typically hear in movies. Don’t expect the booms and whooshes. Space waves are more like sirens and whistles! 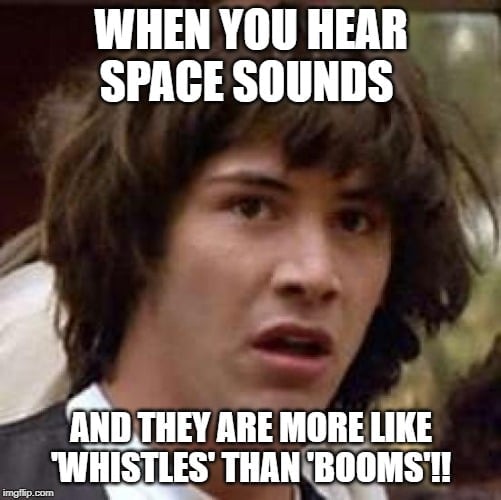 How helpful are the sounds of space?

Dozens of space sounds have gone through the Sonification process. The human auditory system is unique in the sense that it can identify patterns, so we recognize if a certain tone is repetitive or not. This capability has been used by scientists to segregate and identify data.

If you look at a data set and decipher it, it would make more sense if you could hear it, rather than analyzing a screen of spikes or a chart. This is why Sonification has become the go-to method for analyzing space occurrences.

Robert Alexander, a sonification specialist with the Solar and Heliospheric Research Group at the University of Michigan, while studying solar data, heard a hum whose frequency corresponded to the rotation period of the sun. This sound implied that it would probably be periodic. This helped him deduce that there are both fast and slow solar winds that periodically strike the earth.

This is just one example; sonification has also revealed that Jovian lightning exists. It has helped explore the shock waves that form when a planet’s magnetic field hinders a solar wind, and so much more!

Scientists have converted these sounds into music by applying digital technologies.

This practice of sonification has been used for innovative collaborations between European Southern Observatory (ESO) Fellow Chris Harrison and visually impaired University of Portsmouth astronomer Dr. Nicolas Bonne. Dr. Bonne has created a musical wherein he has given touchable forms to stars and black holes. He and his team have reimagined the stars by associating audio volume with a star’s brightness, the tone with the star’s color, and so on.

This show was basically an attempt to open the wonderful cosmic world to an audience that may be visually impaired, considering that astronomy is largely associated with vision and observation. The sonified data used here might not be the representation of space waves, which proves that sonification has far-reaching effects in the field of science and elsewhere.

Science has always been multi-dimensional, and human curiosity has led to some truly amazing discoveries. The study of space by sonification is one such breakthrough that has empowered and enabled us to peer into the depths of space, even though we lack the ability to ‘look’ at the universe.