Solar winds are a stream of plasma particles that are ejected from the Sun’s atmosphere. They are caused by the Sun’s magnetic field, and they can cause auroras and geomagnetic storms. Solar flares are an intense burst of radiation that is caused by the release of magnetic energy from sunspots. They can be damaging to satellites and electronics on Earth. Coronal mass ejections (CMEs) are sudden, violent ejections of plasma from the Sun’s atmosphere. They can cause geomagnetic storms and damage the Earth’s magnetic field.

The heat produced by the nuclear fusion of hydrogen atoms to form helium atoms – the process that powers the Sun’s core – is so tremendous that its matter doesn’t exist as a solid, liquid or gas, but rather in the fourth state of matter, with which most people are unfamiliar: plasma. Excited by this heat, the cocktail of positive and negative particles in its blazing atmosphere, the corona (Latin for “crown”), is in constant flux to the extent that even the Sun, with all its gravitational might, cannot keep hold of them.

The Sun appears to be calm and reticent during an exquisite sunset, but almost constantly, it’s actually violently spurting massive hot clouds of plasma. The plasma, after traveling a certain distance, becomes more gas-like. The gas boasts a temperature of 1 million degrees Celsius and is expelled outwards at hundreds of kilometers per second, buffeting every planet and comet on its way. We call these gusts solar wind.

To be frank, we’re not quite sure. The mystery has baffled cosmologists for six decades now. We know that the sudden emissions are caused by the Sun’s capricious magnetic field, but its magnetic field is so indescribably complex that we haven’t been able to fully comprehend its evolution and behavior. The reason why the plasma becomes gas-like, according to solar physicist Craig DeForest, is that as it travels increasingly farther away from its source, its magnetic strength decreases, and it begins to behave like a gas, rather than magnetically structured plasma.

Nevertheless, the effects of solar winds that reach Earth are interesting. Powerful gusts send satellites and Global Positioning Systems into a frenzy, causing them to produce erroneous results: signals can often be off by tens of meters. A majority of the wind’s material is deflected by the Earth’s magnetic field, but oftentimes, the ions seep in and interact with Earth’s ionosphere to ignite auroras: beautiful displays of shimmering lights in the North Pole’s sky, which are commonly called the Northern Lights. 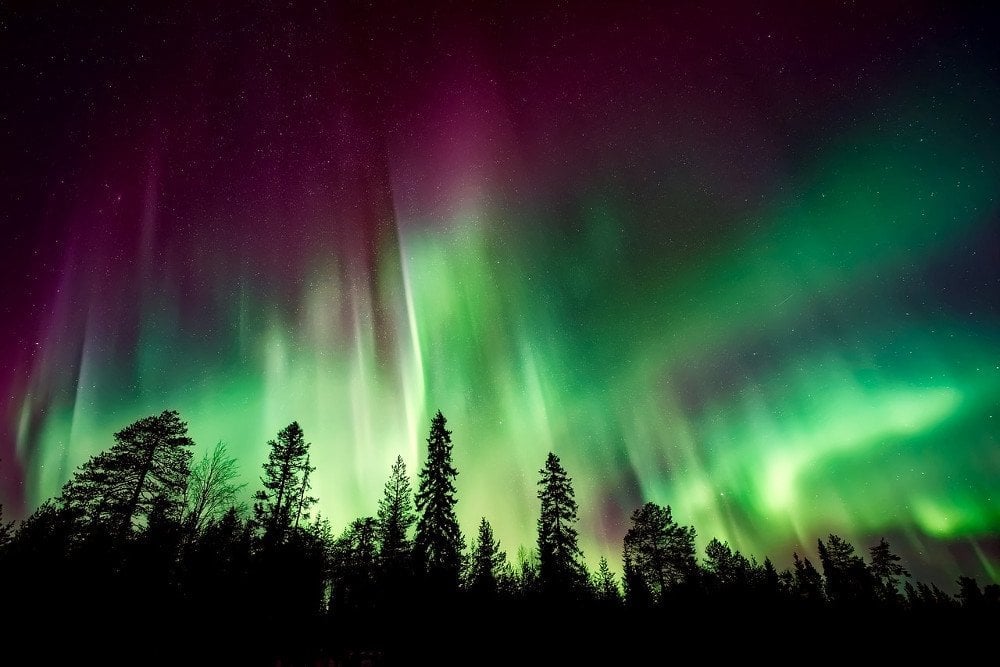 Also Read: What Are The “Fire Loops” That Come Out Of The Sun?

One must not confuse solar winds with solar flares or Coronal Mass Ejections (CME). According to NASA, a solar flare is “an intense burst of radiation coming from the release of magnetic energy associated with sunspots.” If you thought that solar winds were devastating, the explosion that characterizes a flare is equivalent to a hundred million hydrogen bombs, making it the most powerful explosions in our solar system. They are identified by the emergence of bright spots on the Sun’s atmosphere. 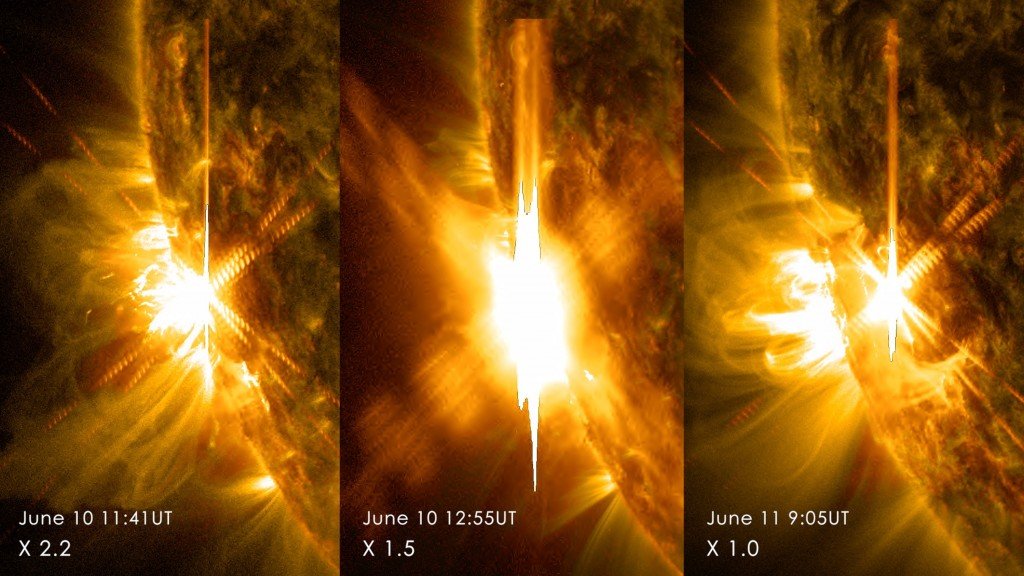 The site of a flare, the sunspot, is a dark area on the Sun’s surface that harbors an erratic magnetic field. Sunspots have been observed to rotate and can be as large as the Earth. Despite being an explosion of such an alarming magnitude, like solar winds, it has no major effect on us because the matter released gradually spreads and grows more sparse. Earth’s magnetic field then shields us from the wrath of this solar phenomenon. However, the phenomenon it often fails to protect us from is CMEs.

Coronal Mass Ejections (CME) are sudden, terribly violent ejections of billions of tons of plasma from the Corona or the Sun’s outer atmosphere. The corona is structured by tremendously strong magnetic fields that exist in complicated loops. When the loops twist and reconnect or “short-circuit”, which often occurs above sunspots, massive bubbles of scorching plasma and an extraordinary amount of magnetic energy is released. The energy accelerates the matter to several million kilometers per hour. 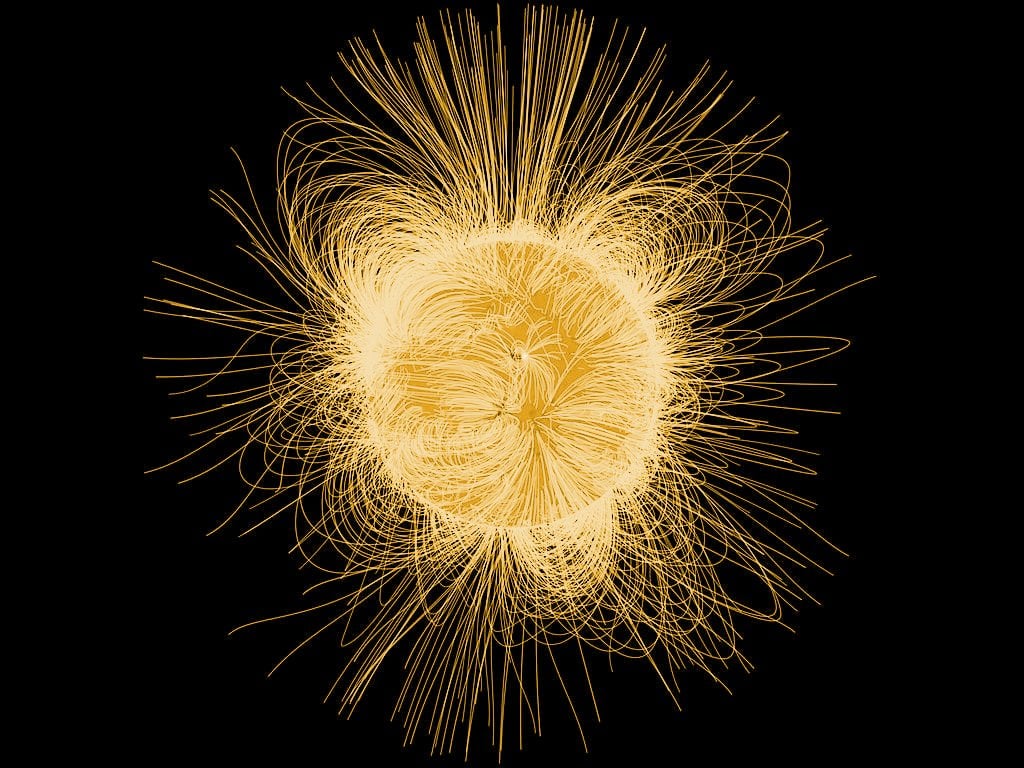 Also Read: Why Is The Sun’s Atmosphere Hotter Than Its Surface?

Unlike the matter released during a flare, CMEs are so dense that, rather than being deflected, they pierce the Earth’s magnetic field and spur geomagnetic storms – a disturbance so enormous that it damages not only the space-borne satellites, but also electronics on the Earth’s surface. After a blow, Earth’s magnetic field is tragically weakened for 6-12 hours, during which the sunlit side of the planet can experience power cuts, radio blackouts and intense, scintillating auroras for as long as a few hours! The magnetic field, however, can take several days to fully recover.

Whether solar winds, solar flares or CMEs, each phenomenon is intimately linked to the Sun’s magnetic field, an oddity that is still a crucial subject of ongoing research. Intellectual rigor, extensive data collected by brave, adventurous probes and comprehensive simulations will eventually enable us to reconcile strange contradictions, such as how do the particles that constitute a solar wind escape the Sun’s pull with a velocity of 145km/s, when the Sun’s escape velocity is more than 600km/s? Where do they get the extra energy? Or why is the Sun’s atmosphere hotter than its core, when logically it should be the other way around? A complete understanding of our star is yet to be achieved.