Outer space is full of radiation that is extremely harmful to the human body. However, this  radiation could be repelled by using a magnetic field that would protect us like a shield.

It seem like every day I read about a new space program that aims at discovering potential colonizing techniques in outer space. Elon Musk has made it his life’s mission to settle on Mars and Jeff Bezos, well… he just has a lot of extra money.

However, Buzz, Elon, Jeff and every other man planning an extra-terrestrial vacation have failed to answer one question—How will we survive the space radiation? Astronauts and other people traveling in space have reported several health issues upon their return, but nothing is a more severe risk than radiation exposure. The cosmic rays out there in space pose serious threats to the human body, and if we want to explore the beauties of outer space, we need to solve this problem.

What Is Space Radiation?

If you have watched any of the Marvel movies or read the comics, you might know about Dr. Bruce Banner and how gamma radiation turned him into ‘The Hulk’. Now, I’m not sure whether radiation is actually capable of doing that or not, but I can elaborate on some of its other aspects.

Radiation, in a simple sense, is energy carried around in space in the form of electromagnetic waves and particles. It is invisible to the naked eye, but can be detected by using several different instruments, such as a spectrophotometer. Radiation comes in several types. Gamma radiation, as mentioned, is one of them, as is space radiation. However, space radiation is somewhat different from the kinds of radiation that we may experience here on Earth. 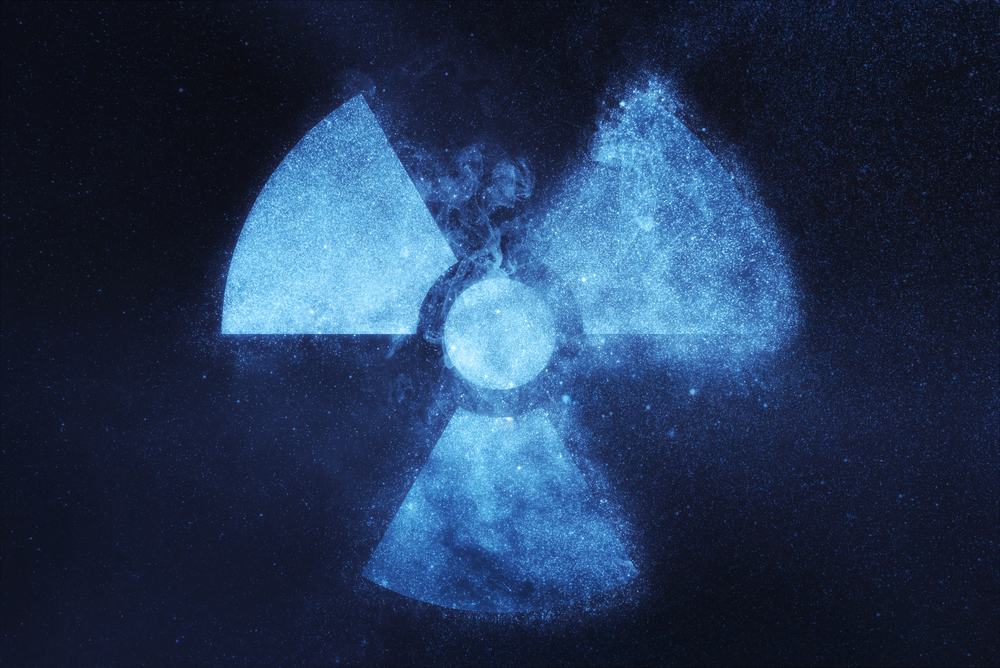 Space radiation is mostly ionizing in nature. This means that it consists of particles with enough energy to ionize an atom or molecule by completely removing all the electrons present in its orbit. Space radiation basically consists of three different types of rays: First, there is the radiation trapped in Earth’s magnetic field. This is not as harmful as the others. Next, we have the solar particles emitted by the Sun during solar flares and other celestial events. Finally, there is Galactic Cosmic Rays or GCR, which come from outside our solar system, but primarily from within our galaxy.

Why Is Space Radiation Harmful And Are We Protected From It On Earth?

Imagine the nucleus of an element (the region that contains all the mass of the atom) traveling at the speed of light towards something. This is what space radiation would feel like on the human body.  The subatomic particles of these rays tear through DNA molecules and damage the cells in every possible way.

They can also stimulate unprecedented cell growth, leading to tumors and other mutations. Space radiation is measured in milli-sievert (mSv). An astronaut, on average, is exposed to 50 to 2000 mSv of radiation.  A 1000 mSv dose of radiation causes a 5.5% increase in the risk of fatal cancers. All in all, space radiation is quite dangerous for the human body. 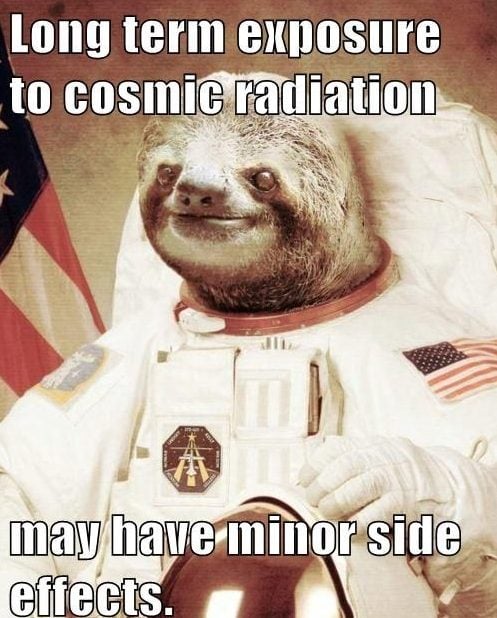 Also Read: Does Flying In Airplanes Expose Us To Cosmic Radiation Risk?

Now you might be thinking, if this space radiation is so harmful to the human body, why aren’t we already dead because of it? The reason for this is Mother Earth. Our planet provides us with a natural radiation protection screen that blocks about 99.9% of the harmful space radiation traveling towards it.

The liquid iron core of Earth is highly polarized in nature, as a result of which electric currents flow all across it. These currents generate a magnetic field that extends far into outer space and blocks most of the harmful cosmic rays. The ionized gases in Earth’s atmosphere provide additional protection, equivalent to placing a 3-foot thick metallic slab outside our planet. 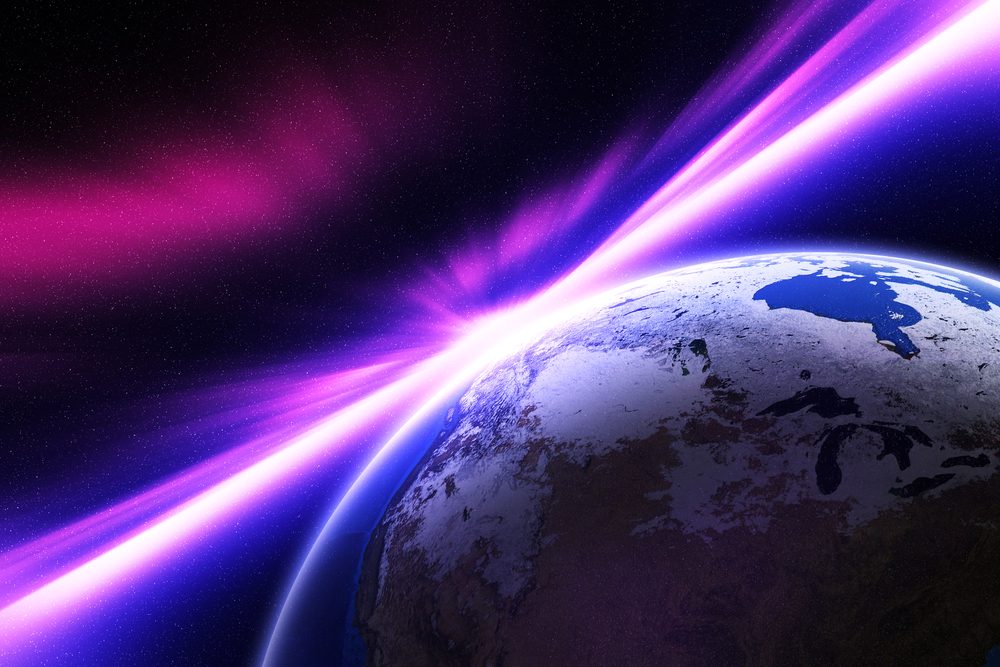 Can A Magnetic Field Protect A Spacecraft From Space Radiation?

Harmful space radiation is perhaps the most significant obstacle to long-range space flights. As such, the idea of shielding a spacecraft from harmful radiation using artificially-generated magnetic fields was introduced. The idea behind the concept is simple. The magnetic field would tangle with the electrons and protons present in the cosmic rays and separate them. The net charge, in turn, would act as a driving force deflecting the cosmic particles away from the spacecraft. However, the simplicity of the idea hides the complexity of the execution. Creating a magnetic field strong enough to polarize solar winds would require either a pretty large magnet or a tremendous amount of electricity; more importantly, this energy would be needed a few light-years away from the nearest full-scale power station. 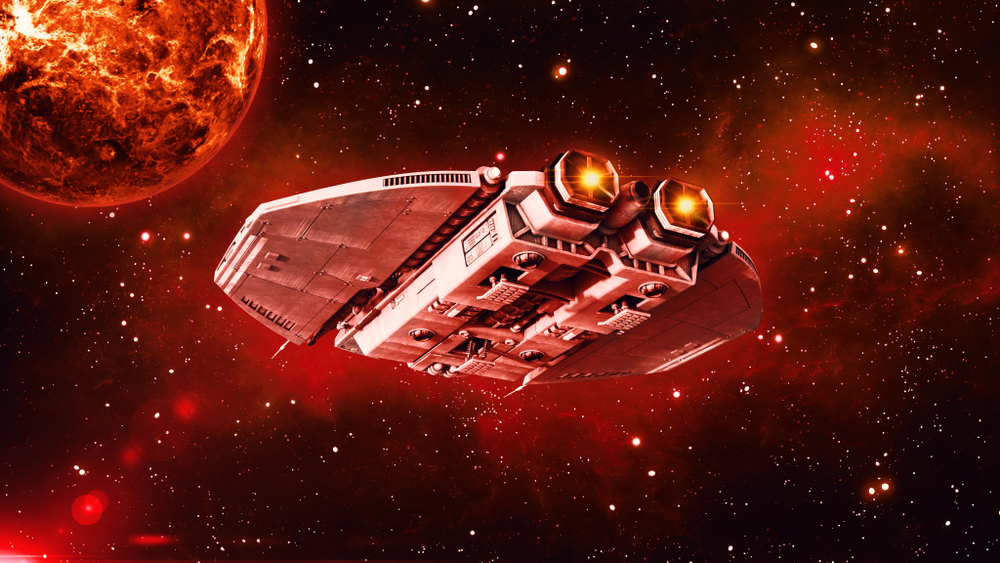 Let’s look at the requirements for building a shield for a spacecraft, according to a recent patent. A magnetic field of 1×10−4 Tesla would be sufficient to cancel out the space radiation existing in our galaxy. This magnetic field would, however, be repelled by the cosmic background magnetic field.

As such, to obtain a sufficient boundary layer between the spacecraft and space radiation, e.g., solar winds, a field of strength 0.1 Tesla would be necessary. These are also numbers that might confuse you so let’s talk about the economics of it. For the production of the above-mentioned magnetic fields, electrical power of about 500W to 5kW would be required.

“Getting in a tin can with a rocket on your back and flying to Mars is never going to be a safe thing to do”. This is what Ruth Bamford had to say when asked how long it would be until we had a complete solution to the space radiation problem. Ruth, along with her team at the Rutherford lab, has shown that it is possible to protect a spacecraft from radiation with a small enough magnetic field that could plausibly be generated in outer space. However, there is still a lot more work to be done,

These early experiments were carried out in supersonic plasma, which is quite different from solar-wind plasma. Also, scaling up this operation would provide difficulties of its own. Again, the experimental setup could not take into consideration all the different challenges that would appear in space.

These problems, however big they seem, will eventually be solved through the dedication of so many scientists tirelessly working around the clock. As of now, we can only hope that they do find a solution so we can finally witness the first human colony in space!