Ever since theoretical physicist John Wheeler coined the term “black hole” during his 1967 talk at the NASA Goddard Institute of Space Studies, these celestial objects have made a permanent home in pop culture and science fiction. From Star Trek to Interstellar and everything in between, black holes have become ingrained in scientific folklore.

However, while movies, comics and TV shows have made global audiences familiar with black holes, very few actually understand it. There is a lot more to black holes than just being large holes in space that are devoid of light. Theoretically, they can also be used as an energy source. Perhaps, they could even be a source powerful enough to fuel an interstellar ship. In fact, before scientists even began to consider the possibility, renowned science fiction author Arthur C. Clarke already had a black hole-powered starship in his story, Imperial Earth. However, before we tumble further down this rabbit hole, let’s try to better understand the concept of a black hole. 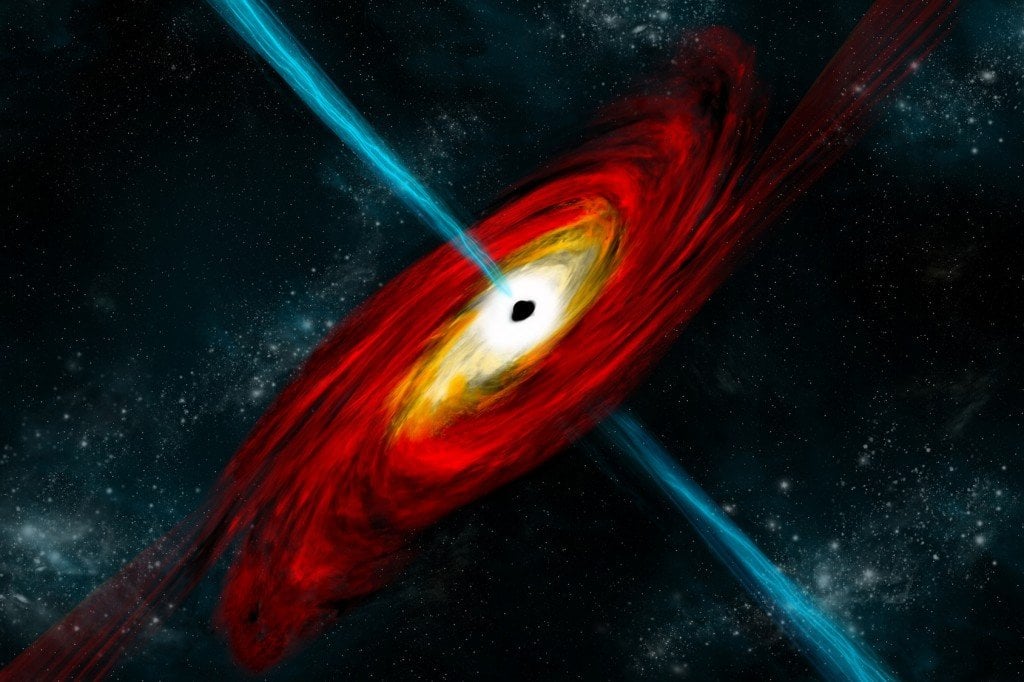 A black hole is essentially a region of space where the pull of gravity is so strong that even light, the fastest thing in the universe, cannot escape it. It is this property of absorbing all light that gives black holes the appearance of being completely void of color, hence the term “black hole”. It’s a region of extremely high density, since matter has been squeezed tightly into a relatively tiny space. This type of extreme compression often takes place at the end of a star’s life.

A star’s life involves a constant tug of war between its own gravity pulling it inward and the pressure caused by fusion reactions pushing it outward. For the most part, these two forces balance each other out almost exactly, so the star remains steady. Eventually, however, the star begins to run out of nuclear fuel for fusion reactions and gravity gains the upper hand. The star explodes into a powerful supernova with the outer parts being expelled violently into space and the core completely collapsing under its own weight. After the supernova, the remnants of the star’s core collapse inward to a point of zero volume and infinite density known as a singularity. 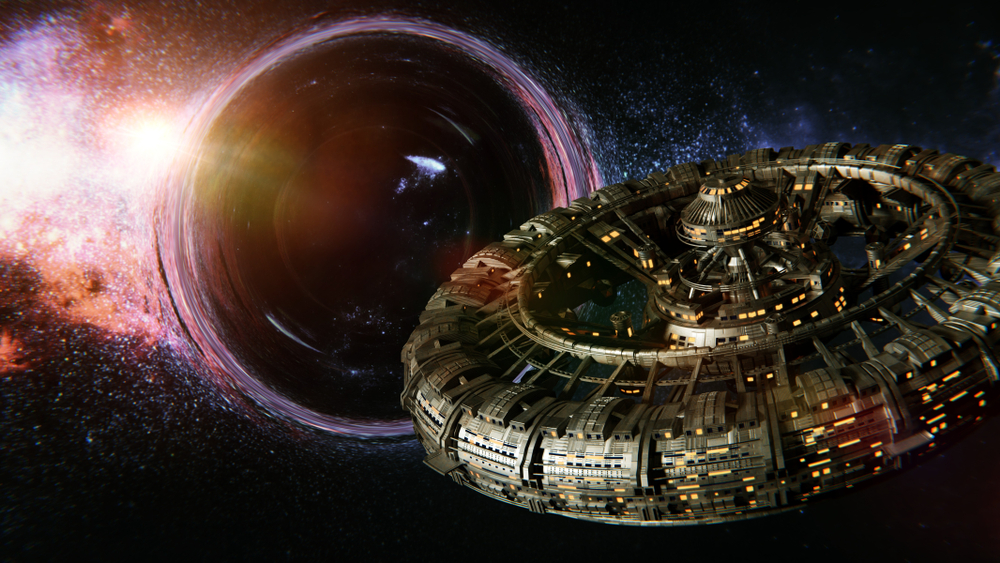 Nothing can escape the pull of a black hole. (Photo Credit : Dotted Yeti/Shutterstock)

With all of this in mind, it’s important to note that renowned physicist Stephen Hawking discovered that there was in fact some kind of radiation being expelled from black holes. Since his efforts led to this groundbreaking discovery, it is naturally known as Hawking Radiation.

What Is Hawking Radiation?

In 1975, Stephen Hawking discovered that black holes are not quite as “black” as previously thought. They do possess a slight glow by virtue of some radiation coming from them consisting of photons, neutrinos and an assortment of larger particles. 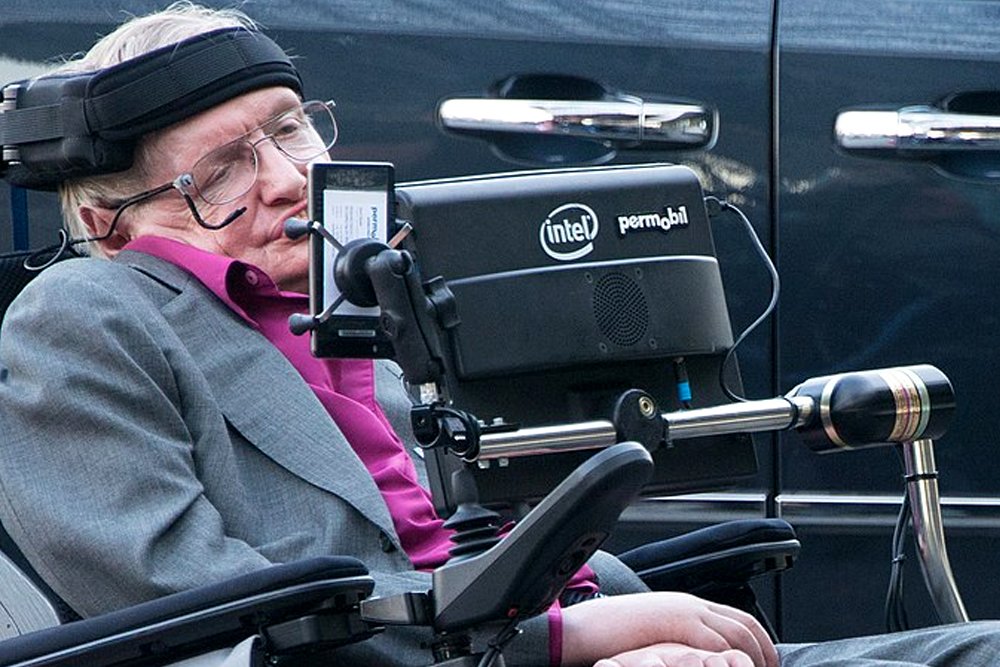 There are particle-antiparticle pairs being continually formed and annihilated across the vast expanse of space, but when these particle-antiparticle pairs appear at the very edge of influence of a black hole’s gravitational pull, one of the particles gets sucked in, while the other is emitted out as radiation. This unique phenomenon is called Hawking Radiation. The expelled particle emits an  amount of energy calculated by Einstein’s famous equation E=mc2. Of course, the next big question became, if a black hole is producing so much energy, is there any way to harness it?

Can A Black Hole Be Used As An Energy Source?

Theoretically, a black hole could act as a power source, but it would not be nearly strong or reliable enough. A black hole with the mass of our sun would take half a trillion times the age of the universe to radiate enough energy to power a single light bulb. The more massive the black hole, the lower the radiating power, and consequently, the lower the Hawking Radiation. This is because a black hole that is too large would possess an impossibly strong gravitational pull, allowing for virtually undetectable levels of Hawking radiation to escape.

On the other hand, a much smaller black hole would have an unstable gravitational field and would therefore emit Hawking radiation at a much more significant rate. 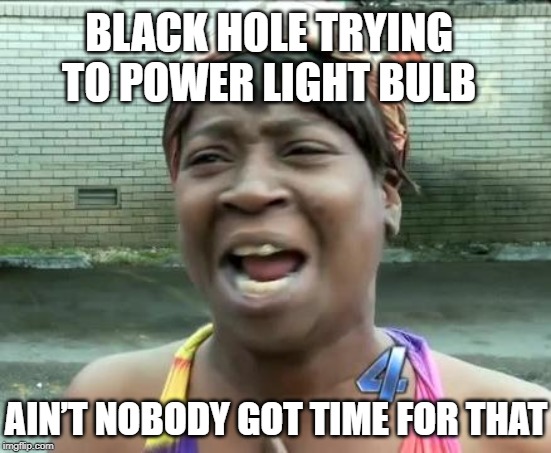 However, we could create an artificial black hole, no larger than a small marble, that could produce substantial Hawking Radiation in order for it to function as a viable power source.

While successfully creating one is still at least a few decades away, we do have promising theories as to how we could go about it. In 1955, John Wheeler suggested that if we concentrate enough pure energy into a small region of space, that energy could create a microscopic black hole he termed “Kugelblitz” (ball lightning). Scientists have found some success in this field with the help of gamma ray lasers. This artificial black hole could be described using the equations of Karl Schwarzschild, hence its full name, “Kugelblitz Schwarzschild” (SK). 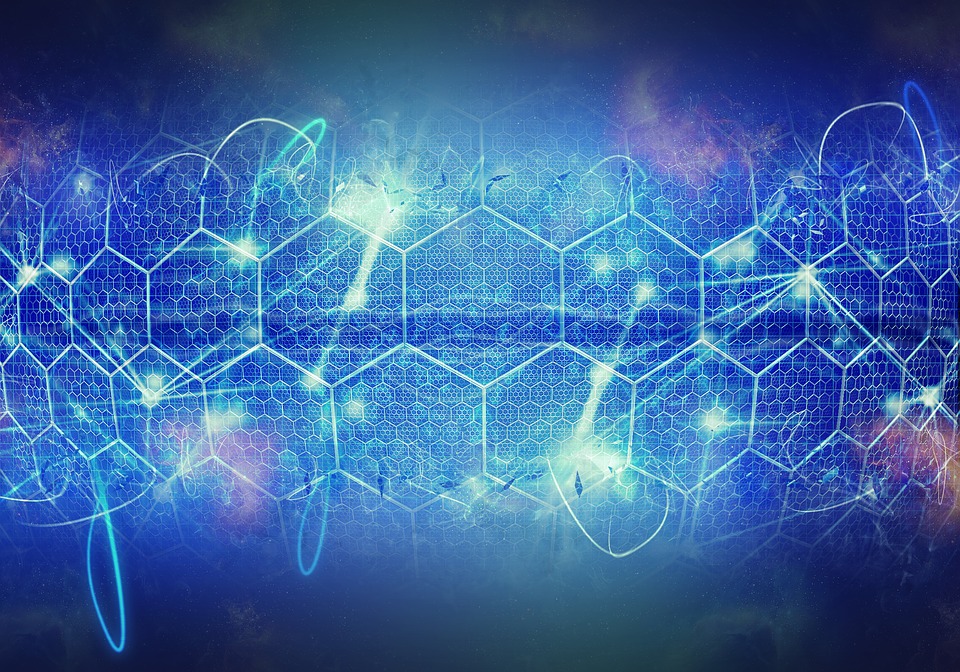 To be suitable, this black hole would have to be small enough to expel a significant amount of radiation, yet large enough that it does not immediately vaporize. We would have to establish a Goldilocks size of a black hole to be able to effectively use it as a power source. According to Hawking, we would need some kind of black hole generator, possibly created using gamma ray lasers and a spherical shield, to house this generator and the black hole itself. If we are able to accomplish this, we could generate enough energy to power our cities for generations.

What Is A Black Hole Starship?

One of the most ambitious ideas for an interstellar starship in the scientific community is a black hole starship. Specifically, this would be a starship equipped with a ‘Kugelblitz Schwarzschild’ (SK) drive. Basically, it would be an engine with a tiny black hole at the centre of it, lending it incredibly powerful thrust. 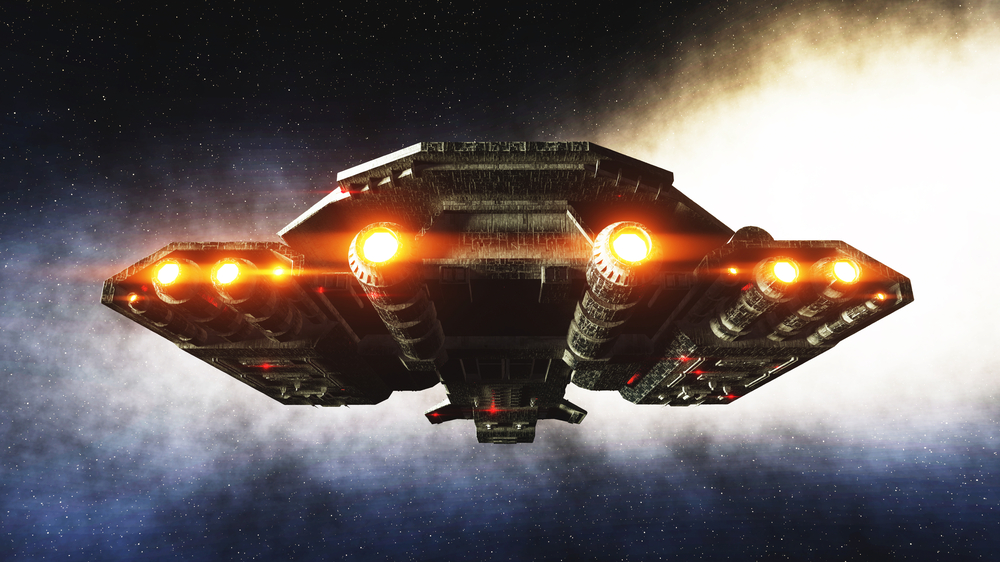 A black hole-powered starship could be the answer to interstellar travel (Photo Credit : Pavel Chagochkin/Shutterstock)

Also Read: How Can Hawking Radiation Cause Death Of Black Holes?

Theoretically, an SK drive would trap the Hawking Radiation being emitted from the decay of the black hole and convert it to energy that would propel the star ship forward at nearly 10% the speed of light. Each black hole wouldn’t last for very long, owing to their small size and rapid decay, so the ship would come equipped with gamma ray lasers to produce black holes ‘on-demand’.

Yes, technically, a black hole-powered spaceship isn’t outside the realm of possibility. Once technology catches up with our ambitious theories, we might be able to leave Earth behind and bravely go where no one has gone before! 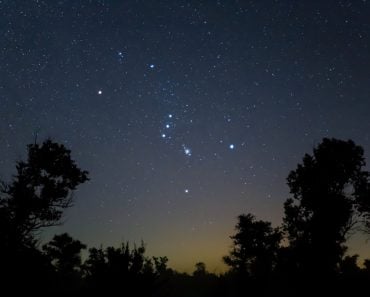