Exposure to radiation and micro/hypergravity are the main hazards humans are exposed to during space flight. Studies have revealed a wide variety of adverse physiological effects of space flight including damage to immune function, cellular aging and cognitive performance.

The human body has evolved over time and adapted itself to be suitable for life on Earth. Our bodies are designed to endure the gravitational pull of the planet, utilize gases available in Earth’s atmosphere for respiration, and ingest and metabolize compounds available on Earth.

However, as civilization advanced, humans have leaped ahead of other life on Earth, even to travel in space and to other planets and stars. Unfortunately, this also brings with it an unprecedented challenge of adapting to unfamiliar conditions of space travel for which our bodies are not designed.

The human body has evolved to be suitable for life on earth, but it faces challenges when exposed to space travel, for which it is not designed (Photo Credit : teez/Shutterstock

Studies on individuals who have undergone space travel or simulations have revealed several insights on the effects of space travel on the human body. The major hazards encountered by humans during space travel are radiation exposure and extreme gravitational conditions, such as micro/hyper-gravity.

Radiation in space is of a significantly higher energy than those types familiar to us on Earth, such as X-rays or gamma rays. On Earth, we are shielded from these radiations due to the planet’s atmosphere and magnetic field, but during space travel, where this shield is absent, we are far more exposed to them.

These ionizing radiations cause irreparable damage to the DNA in our cells, macromolecules in the cells, and even ionize water molecules present in the body, causing oxidative stress. 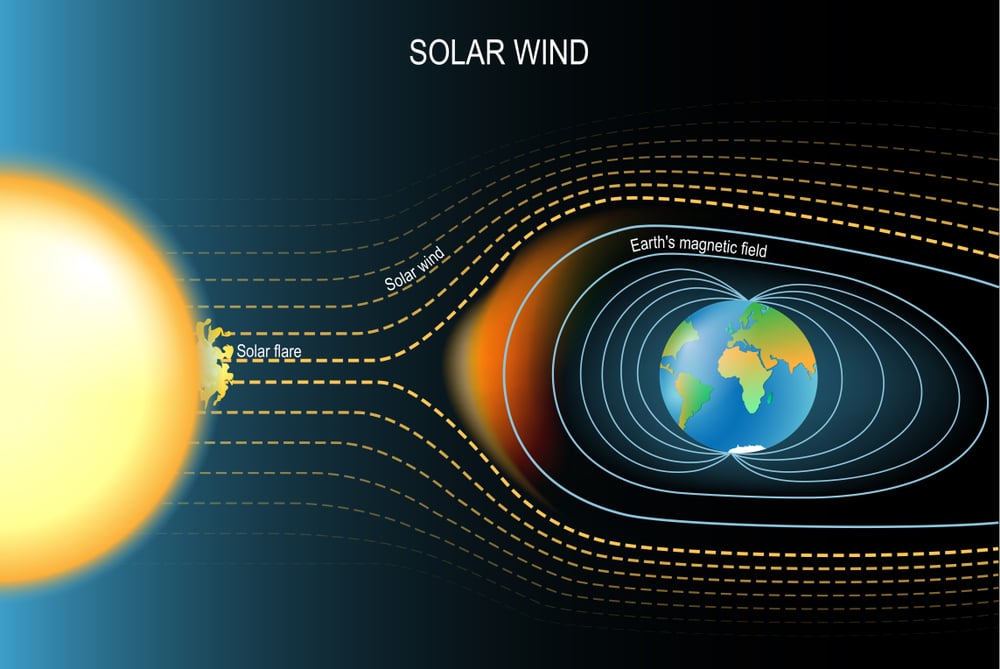 The magnetic field of Earth protects us from cosmic radiation, but space travel exposes our bodies to these harmful rays (Photo Credit : Designua/Shutterstock)

The second major factor affecting our bodies in space travel is the extreme gravitational conditions. The human body is used to the gravitational field on Earth (1g).

However, during space travel, the body is exposed to gravitational fields that are significantly smaller, referred to as microgravity when within the spacecraft, and zero gravity in outer space; there is also an extremely high gravitational condition called hyper-gravity (> 1g) during re-entry into the atmosphere.

These variations have several adverse physiological effects on the muscles, bones, lungs, kidneys, cardiovascular system, and senses, including vision and balance. Microgravity specifically alters kidney output, blood pressure and lung capacity, and is also known to increase the incidence of arrhythmia within the heart.

Implications After Returning To Earth

The adverse conditions during space travel often leave a lasting impact on the body, even after a person returns to Earth. Due to the prolonged absence of Earth’s gravitational force, to which our bodies are accustomed, bodily fluids are seen to shift in a head-ward fashion, and there is an adverse effect on bone and muscles.

These changes in gravitational forces can lead to lasting changes in a person’s cardiovascular and musculoskeletal systems. As a result, there are reports of increased incidence of fainting and reduced exercise capacity in the post-flight period.

Studies of rats taken on space missions have shown that chronic low-level radiation exposure during space travel adversely affects the reproductive system due to increased chromosomal damage and the formation of defective gametes.

Furthermore, simulation studies on animals show evidence for the disruption of proper spermatogenesis and testosterone synthesis in males, as well as premature depravation of ovarian reserve and ovarian failure in females (Source). 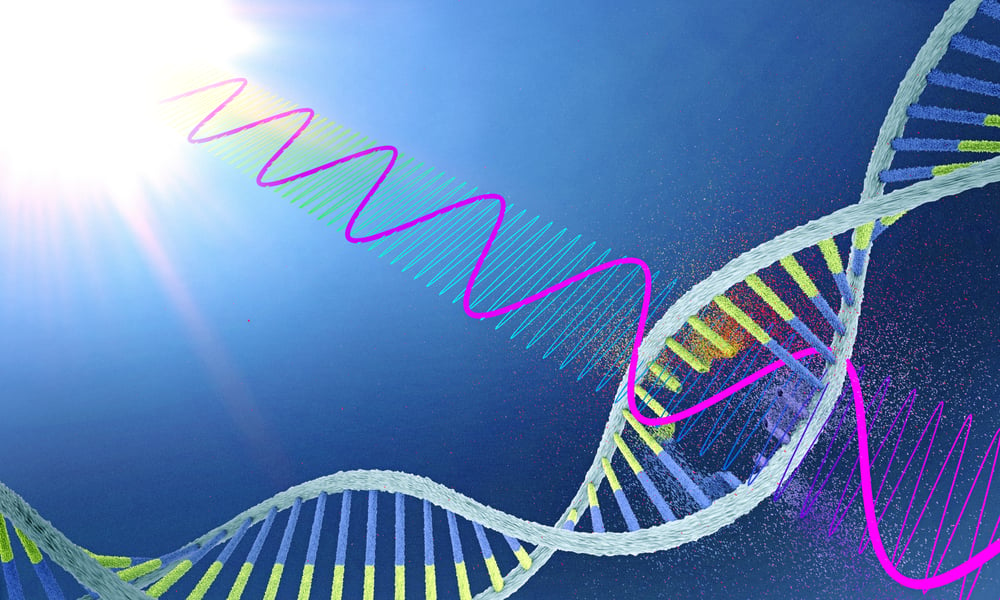 We now know that space travel has serious implications on the reproductive ability of both male and female astronauts post-flight, and increases the probability of genetic impairments in the children born to them.

Additionally, a longitudinal study on astronauts on the Mars 500 mission revealed that long-duration space travel significantly altered aging processes in the human body. Interestingly, the findings showed a transient ‘decrease’ in levels of five different aging markers in the cells measured through a 520-day period of simulation in the crew members. Thus, space travel was seen to transiently ‘decrease’ biological aging!

Insights From The NASA Twins Study

The only way to separate these two effects was by sending a monozygotic twin into space, while the other twin remained on Earth, and then comparing them upon return of the space-bound twin to Earth. This was recently performed by NASA and the results were insightful, especially in understanding aging processes in the human body. 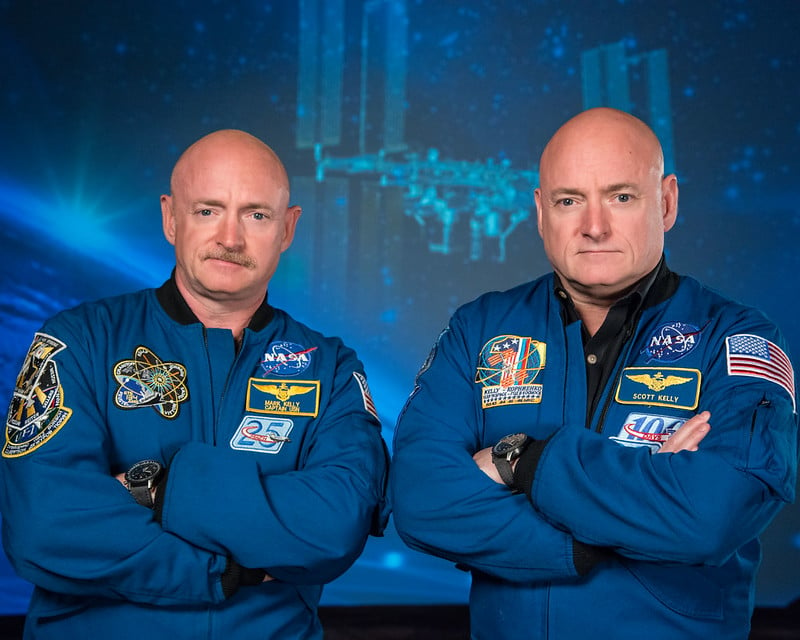 In this study, one twin completed a 320-day space flight and was compared with the Earth-bound twin over the course of 6 months on a large variety of physiological and biological measures. Among the most notable findings was the alteration of telomere length.

The telomere is a repetitive DNA sequence present at the end of a chromosome, which protects it from damage and degradation. It also serves as a marker of aging, since it shortens upon every round of cell division in our body.

The study found that the telomere length increased for the space-bound twin during space flight, but that it rapidly returned to pre-flight levels upon his return to Earth. Also, space travel was found to increase chromosomal aberrations and DNA damage, along with affecting immune functions.

Furthermore, a decline in cognitive function was observed in the space-bound twin, which persisted over a period of 6 months. This study has helped to fine-tune our understanding of how the human body is impacted by space travel and its unique stressors, while controlling for innate genetic effects.

Advances in science and technology have not only enabled space travel, but have also allowed us to understand how it impacts our bodies in both the long and short term. Exposure to radiation and micro/hyper-gravity are the main hazards to which humans are exposed during space travel.

Also Read: Is The Immune System Affected In Space?

Studies on astronauts and space-bound animals and simulations have revealed a wide variety of adverse physiological effects of space flight on the human body. The recent twin study by NASA has given a deeper understanding of these effects, by genetically matching the space-bound test subject with his Earth-bound twin.

The findings showed lasting effects of space travel on a variety of biological measures, including cognitive performance, immune function, and cellular aging. These findings help us understand the challenges faced by our bodies during space travel. In an age where we are looking at viable alternatives to our home planet, these findings warn us that the human body is best suited to life on Earth.