If you are exposed to the vacuum of space, the first thing that will happen is asphyxiation, or lack of oxygen in the bloodstream. You will lose consciousness after about two minutes, and your body will start to swell due to the loss of atmospheric pressure. You will also freeze and be exposed to radiation from the sun and other cosmic bodies. If you are not brought back into a pressurized and protected space, your body will be floating in space for a very long time.

When you were a child, perhaps you looked up at the sky from time to time. You looked up, saw the night sky, and for better or worse, you started wondering. Maybe that prompted you to dream of becoming an astronaut somewhere down the line, drifting through the vast expanse, the cold darkness, and the infinity of nothingness. It’s a common dream, but it feels a bit terrifying, doesn’t it?

Every person that has ever gone into space has always had the same reservations at one time or another. Maybe it was during their training for the long journey, or in the moments strapping up for the launch before a humongous amount of fuel ejected them into the orbit, or even when they first laid eyes on a shooting star. 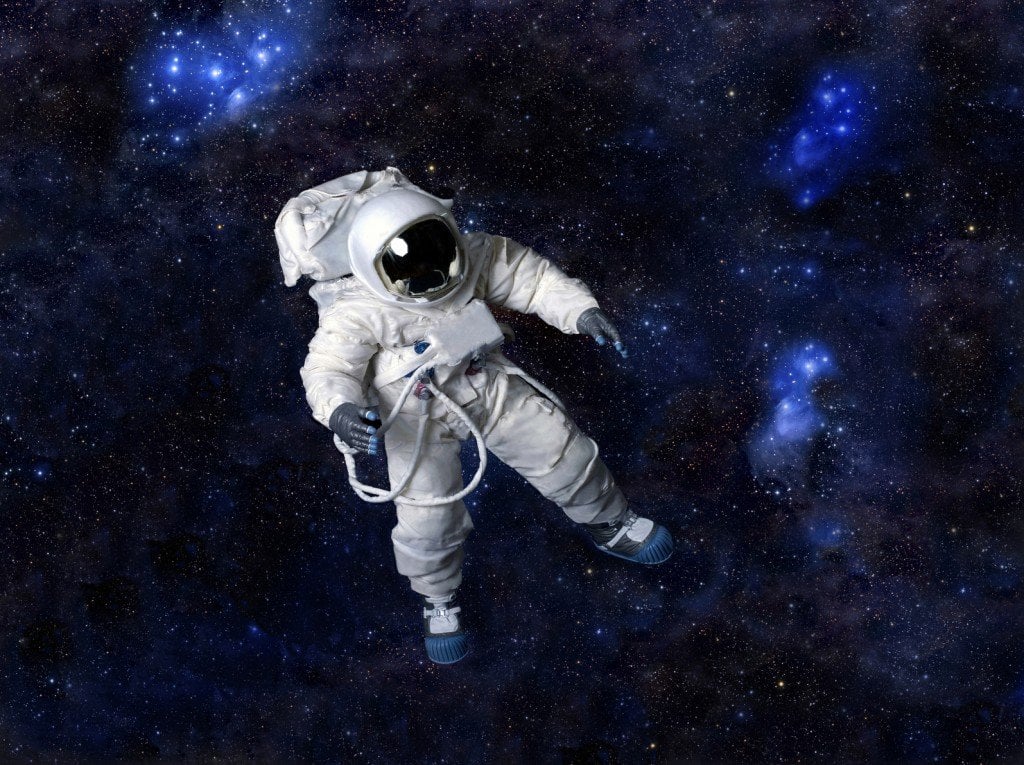 Beautiful. Magnificient. Lethal. Those are just a few descriptions of what outer space truly is. Therefore, if you ever wondered what would happen if you were actually stranded in space without a suit, gear, or anything else between your outstretched hand and the absolute vacuum, then this article is for you!

Time and again, you have seen in movies, read in novels, or heard it from someone’s imaginary account in which the hull of a spaceship explodes and humans fly out without any equipment. With no air and no atmospheric pressure, the human body can’t survive for long without some form of protection, but what happens exactly? Do your eyes explode, does your body blow up like a balloon, and does your blood start boiling? These are some of the common ideas of what occurs in the vacuum of space, but is that what actually occurs? 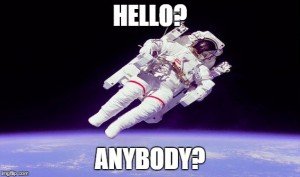 The truth is less dramatic, but even more fascinating. Although you might have only seen this in movies, accidents have happened that have been invaluable to us in terms of the knowledge acquired. There have also been many tests done in controlled environments of zero pressure to simulate the conditions that one might face in space.

Chronologically, the events would occur in the following order…

Asphyxiation or lack of oxygen in bloodstream is the first obstacle to overcome. You wouldn’t lose consciousness straightaway, because your body would use every last bit of oxygen in your circulatory system to keep your brain functioning. This process ultimately takes about two minutes, after which the oxygen concentration drops to a critical level, making it impossible to survive without some kind of permanent injury. 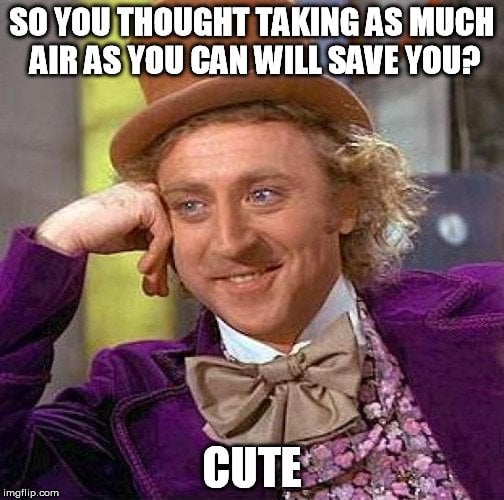 You might think that a possible solution to this problem is to take in as much air as possible before being thrown out into the void, but that might be the biggest mistake you could make in this scenario. You’ll see why in a bit…

Depressurization is another not so obvious, but very fatal problem. Your lungs accustom themselves to the ambient pressure over time, but a sudden pressure difference outside and inside your body is life-threatening. Comparing the high-pressure environment inside the spaceship/suit to the zero-pressure environment of space, it’s safe to say that the high-pressure gradient would cause the gas inside your lungs to expand rapidly, causing your lungs to pop almost immediately, making the most ominous sound that you’ll never hear. 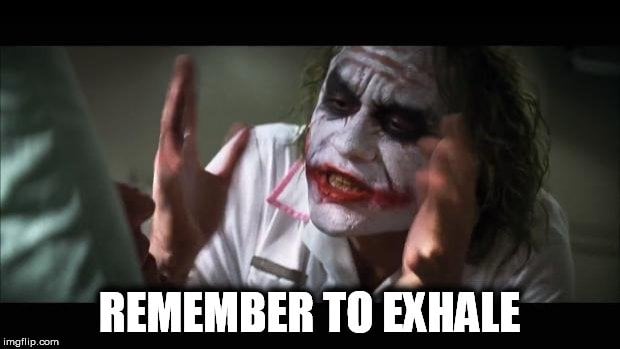 What we learn from this is to follow one very important piece of advice; if you ever find yourself in such a scenario (fingers crossed you don’t…), the first thing to do when being expelled into the vacuum of space is exhale.

Swelling of the skin tissue due to the loss of atmospheric pressure is another experience that you can check off your bucket list if you ever expose yourself to open space. Unfortunately, you can’t really prepare yourself for it or do anything to prevent it. After about 10 seconds of exposure, the water in your tissues will start to vaporize due to the absence of pressure holding the molecules of water close together. 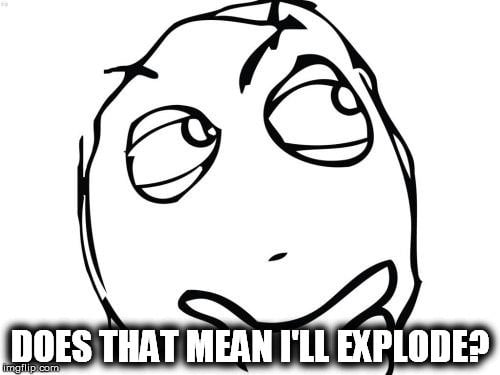 You won’t “explode” though, because the human skin is quite strong and if you are returned to a normal atmospheric condition in a reasonable amount of time, you can still live out the rest of your life as a balloon. Shortly before losing consciousness due to asphyxiation, you would experience the bubbling of water on your tongue; fortunately, all the blood inside your body would be protected from vaporization by the heat provided by the circulatory system.

Freezing is perhaps the most obvious outcome of being stranded at almost absolute zero temperatures, but since there is no medium of heat transfer in space, you will only lose heat through radiation, which is a very slow process. Good for you? Maybe… You can’t really call it a good thing, since you would be long dead from asphyxiation by the time you would have to start worrying about frostbite.

It seems like no matter what you do, you can’t catch a single break. Outer space is brutal! 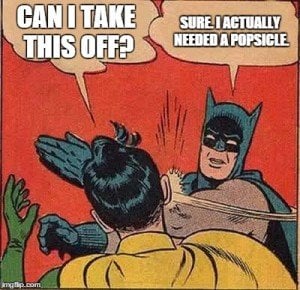 Radiation from the sun and other cosmic bodies would also make you miss our precious ozone layer, in those few moments before you pass out. Such huge amounts of radiation would be fatal, or at least result in a truly nasty sunburn.

The fact is, unless you’re brought back into a pressurized and protected space, your body will be floating in space for a very long time. Imagine those vacuum-sealed chicken legs that you find at your supermarket. That’s close enough to what you have to look forward to becoming if you ever find yourself drifting in the void. No oxygen and no decomposition. You would have the same look on your face forever – gasping for air and waiting for the asphyxiation to set in.

In other words, don’t ever try to skinny dip in this particular ocean of “stars”. This guy knows what I’m talking about. 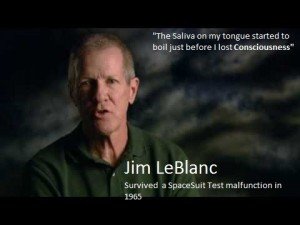