Let’s begin by stating the obvious…. it’s never a good idea to go into space without some kind of protection. 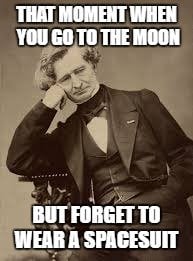 However, for the sake of argument, what if someone decided to jump into space without a space suit?

You might think that your death would be instantaneous, but that isn’t always the case. There are some places where you could survive…. for a brief time at least. If you’re lucky, you might get yourself a few minutes in some truly out-of-this-world places.

Neil deGrasse Tyson, an astrophysicist working with the American Natural History Museum, analyzed exactly how long it would take you to meet your (unfortunate) demise on the other planets of our solar system if you had no space suit.

Obviously, visiting other planets comes with all sorts of other complications. For example, apart from the threat of suffocation, the low pressure experienced outside of our protective atmosphere would also cause you to suffer from ebullism, whereby the boiling point of all bodily fluids drops to a point below the normal body temperature, thus turning our internal fluids into a reservoir of bubbling liquids. Suffice to say, it wouldn’t be pretty. 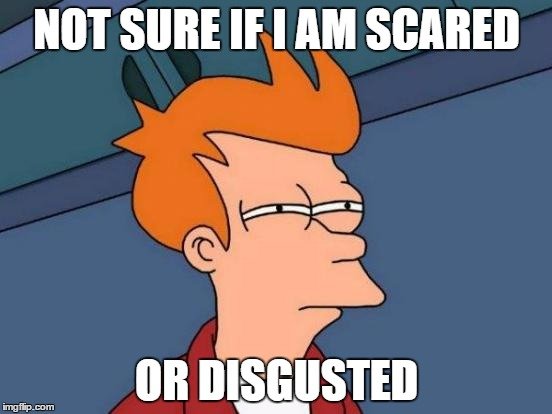 Before worrying about the planets, let’s see if we even stand a chance in the vacuum of space surrounding us on all sides.

The answer is NO. There is no chance of surviving in the scary cosmic void. In science fiction movies, we often see people’s heads exploding or being frozen by the apparent pressure differential or lack of heat, respectively. As long as you don’t try to hold your breath, you will survive for about 30 seconds before you sustain any injuries. These 30 seconds won’t be the most comfortable moments of your life, but you will still technically be alive! The main cause of your death will be asphyxiation, not getting compressed by the sudden bursts of pressure or being set ablaze by the extreme galactic temperatures.

What about elsewhere in the solar system? 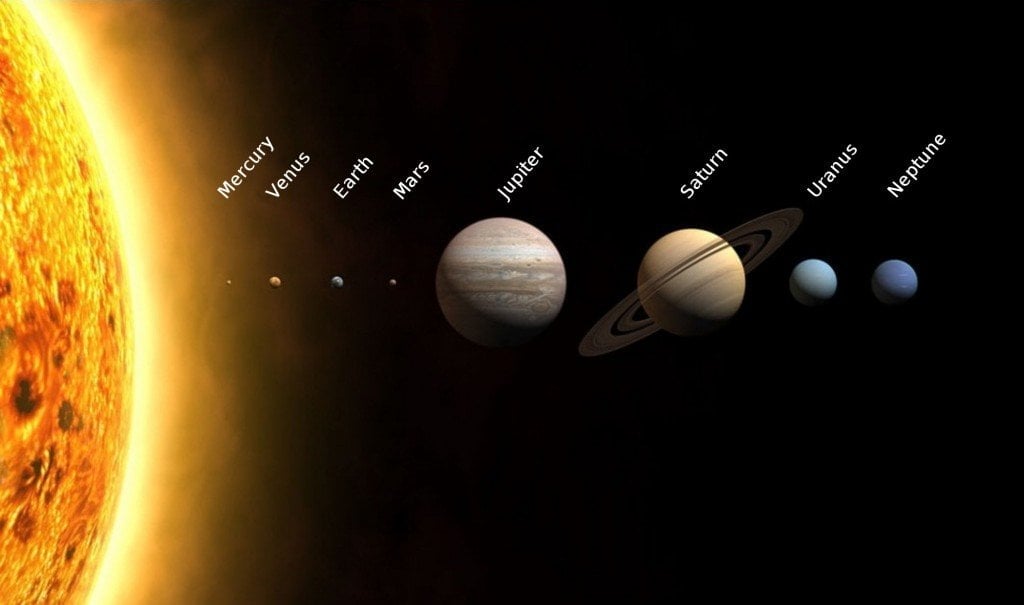 Humans stand absolutely no chance near the sun. We would get vaporized in less than a second, even with a spacesuit on, let alone without one! To put things into perspective, Earth receives enough solar energy in an hour to satisfy the entire world’s energy requirements. Imagine going anywhere close to that deadly ball of hot gas!

Mercury is a planet of extremes. The side facing the sun is extremely hot, whereas the other side is incredibly cold. The temperatures range from -150 C to 425 C. To top that off, the lack of air will cause serious problems on this planet. Thus far, no discernible atmosphere has been detected on Mercury, except for trace amounts of helium. 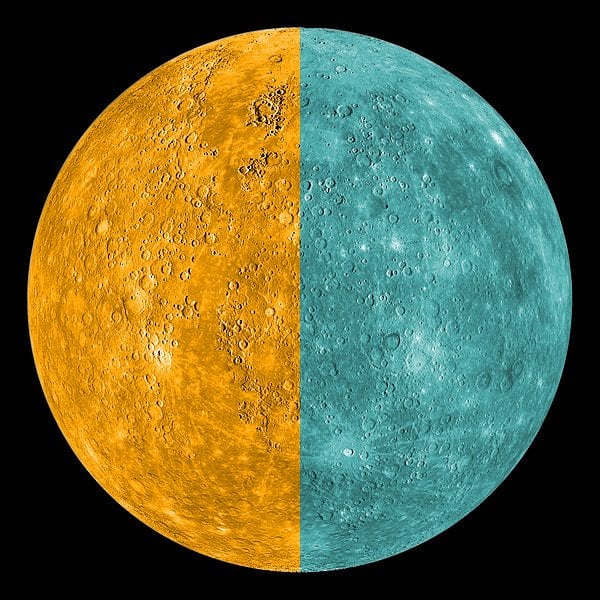 Without your spacesuit, you’d either freeze or instantly turn into a carbon brick, depending on which side of the planet you were standing on. If you were to venture there without any gear, you would survive for less than 2 minutes, provided that you held your breath!

Visiting Venus would be like landing inside of an oven. The temperature on its surface is approximately 400C. Its surface pressure is also about 90 times greater than that of Earth. A spacesuit designed for Venus would need to be constructed of titanium.

Without a spacesuit, one would get squashed in seconds, if you didn’t get turned into dust before that. The time period of survival is roughly a second, even though the gravity force is equal to that of Earth (the more you know!)

Without holding our breaths, or donning any kind of spacesuit, we can survive for about 80 years… not bad! 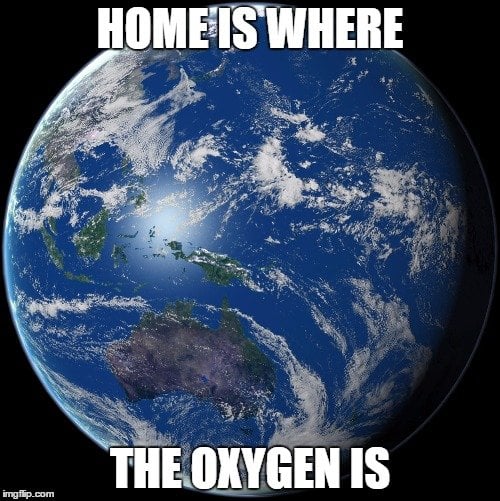 Unfortunately, Earth’s moon has uninhabitable temperatures. The temperature ranges from -160°C to +120°C, and the surface pressure is around 3 x 10^-15 bar. The atmosphere is extremely thin, and is composed of Helium, Neon, and some other unusual gases, including sodium and potassium, which are not found in Earth’s atmosphere.

Ebullism and lack of oxygen would inevitably kill you, so without a suit, a person could survive for about 3 minutes.

Although it’s known as Earth’s sister planet, the surface conditions there are quite treacherous. Mars is full of deserts, it is extremely cold, and has very little atmosphere or gravity. The most serious immediate impact would be from the low atmospheric pressure, which is nearly a vacuum compared to Earth. 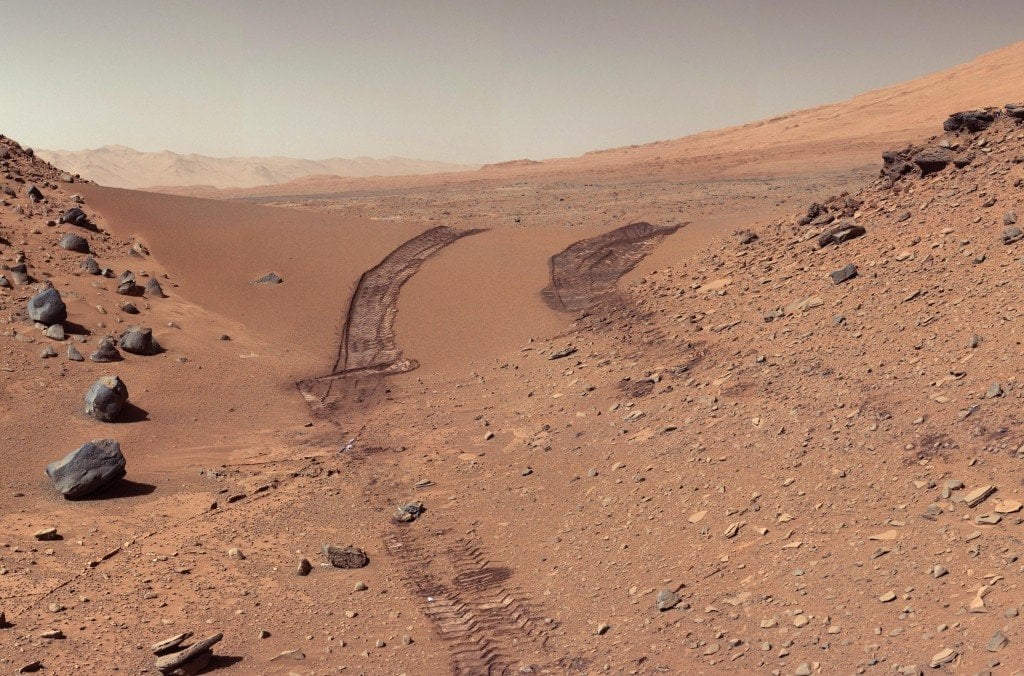 The surface pressure is well below the Armstrong limit for the unprotected human body. The Armstrong limit, often called Armstrong’s line, is the minimum altitude beyond which the boiling point of water becomes so low, that it is almost equal to the normal temperature of the human body. Essentially, all your bodily fluids, such as mucus, saliva, and sweat would get evaporated, leaving you completely dried out. It sounds quite “petrifying”.

Therefore, without any protective gear, you would only get about 2 minutes to explore the planet. 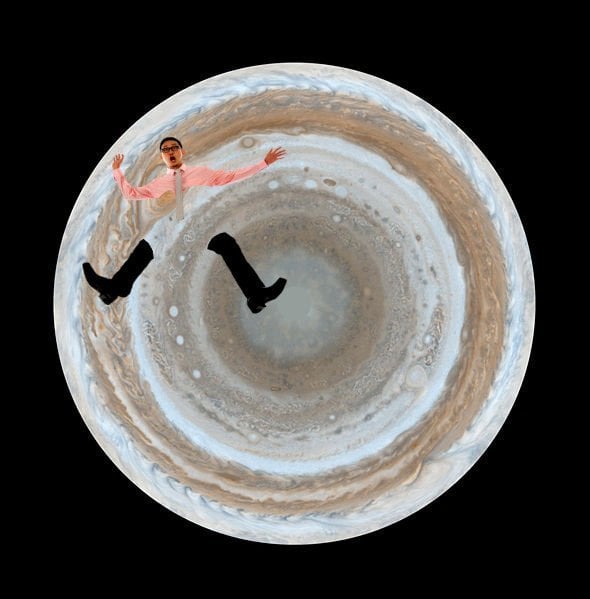 Jupiter is literally just a ball of gas, so there’s nothing to land on. If you were to jump on it, you would just descend into nothingness. It’s just a big ball of nothing (until you reach the core). The gases inside this giant are highly pressurized, so without any gear, you would get crushed instantly, i.e., in less than 1 second. 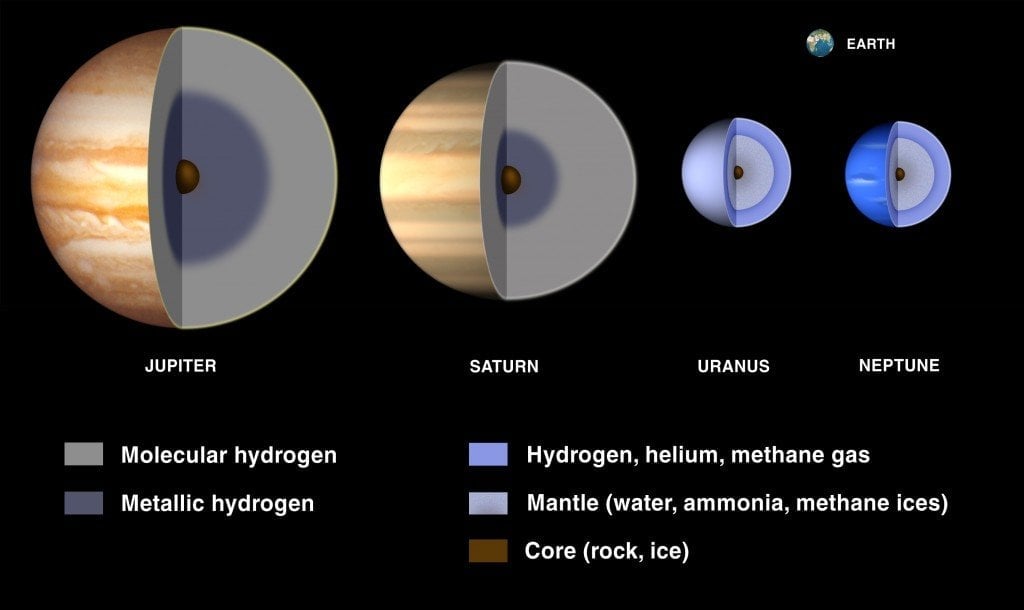 Just like Jupiter, Saturn, Uranus and Neptune are enormous balls of gas. One would get crushed almost instantly if you attempted to stand on these planets in any condition, let alone without a space suit. The rings on Saturn are actually droplets of frozen water or ammonia, so that wouldn’t really make a big difference for your survival.

Long story short…. stay on Earth, people. You probably wouldn’t stand a chance anywhere else. That’s not just because of the extreme conditions, either…. remember, Earth is the only planet that has life-giving chocolate!