The temperature in outer space is generally 2.73 Kelvin (-270.42 Celsius, -454.75 Fahrenheit). This is actually the temperature of Cosmic Microwave Background Radiation, which is spread throughout the universe.

The unfathomable void of space seems like an incredible travel destination, even though it’s mostly filled with, well… nothing. However, if you do get a chance to visit space, what would you need to pack? For reference, the coldest city on Earth—Yakutsk, in Russia—has a temperature of about -50 C (-58 F) throughout the year. That may seem extreme, but space can get much more frigid, so don’t forget to pack that extra sweater your grandma made for you… 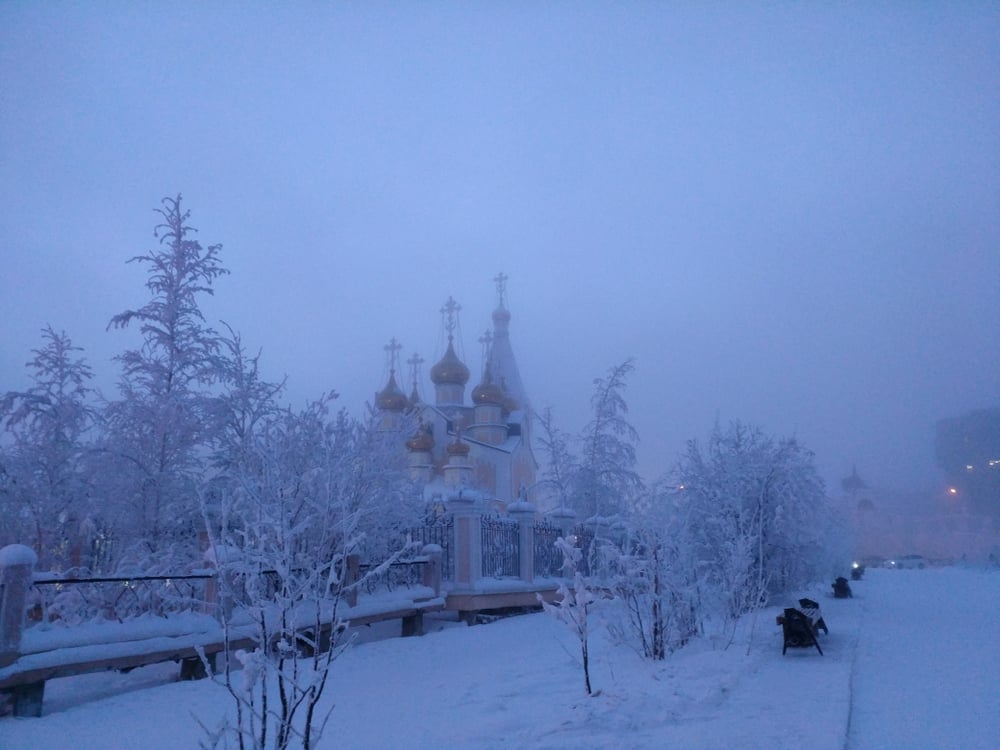 Winter in Yakutsk, the coldest city on our planet (Photo Credit : Katia Petrova/Shutterstock)

Of course, assuming that you don’t leave your spaceship without a spacesuit, you won’t have to worry about any of these freezing temperatures, as the spaceship’s temperature will be thermally controlled. However, without thermal controls, things would start getting precarious.

The sun-facing side of the International Space Station (ISS), for example, can reach scalding hot temperatures of about 121oC (250oF), while thermometers on the dark side can plunge to a biting -157oC (-250oF). Thanks to the thermal conditioning in the ISS, astronauts are saved from getting torched or frozen due to extreme temperature fluctuations. 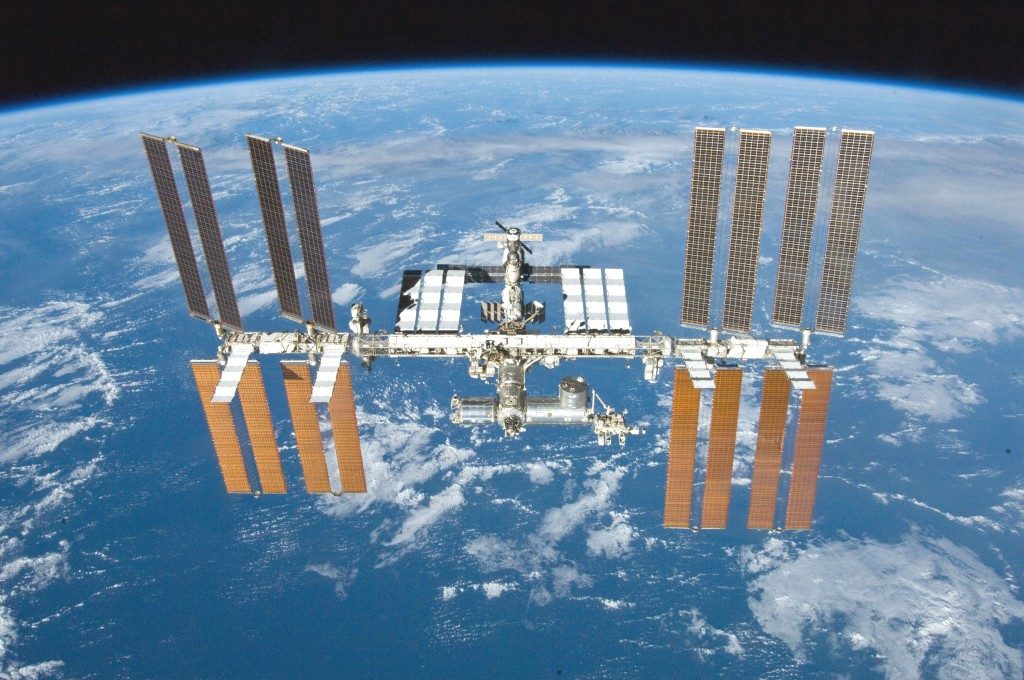 Before we get into how cold or hot space is, you need to understand the difference between temperature and heat.

Temperature and heat are often used interchangeably, but they aren’t the same. Heat is the energy in motion from a high-temperature entity to a low-temperature entity measured in Joules. To put it another way, heat refers to the total kinetic energy of molecules inside the body. Temperature, on the other hand, is the bulk measure of the hotness of the body on account of vibrations by molecules at an atomic level. Temperature is measured in Celsius, Fahrenheit, or Kelvin. 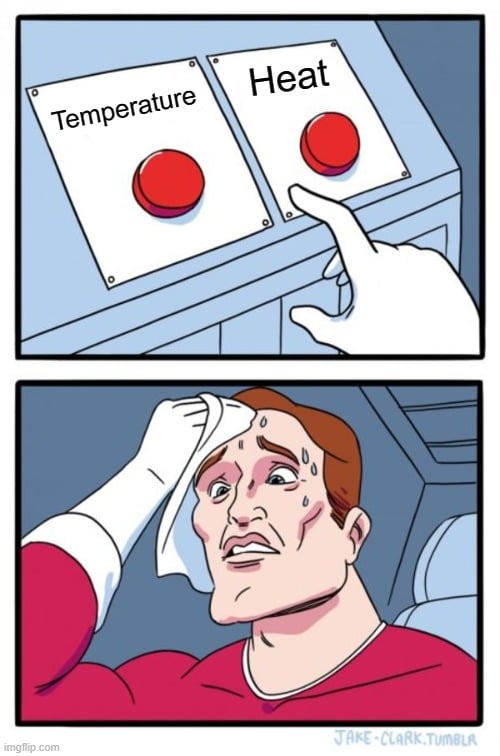 As we can see, though the two are linked, they aren’t the same. Temperature is the product of heat. It may also be helpful to think of heat as a verb. The heat has ability to do work and temperature can only measure the amount of work that is done as a result of heat. More heat at an atomic level refers to faster vibrations by molecules, thus resulting in high temperatures. Essentially, the temperature is the average heat of a given body.

Now that you’re enlightened about the distinction between the two, let’s try to evaluate the temperature of outer space.

Barring asteroids, meteoroids, planets, moons, and other celestial bodies, most of space is a vacuum, wherein there is no matter. And whenever we say outer space, we generally mean vacuum. A perfect vacuum has no temperature, as there is nothing in a vacuum whose temperature could be measured. So, in essence, you cannot technically measure the temperature of outer space.

Yet people say that space is cold. How is that possible? Well, most likely people are referring to the intermittent matter in space like asteroids, moons, planets and comets, which could be “cold”.

So How Cold Can It Get?

Theoretically, the coldest possible temperature in the universe is Absolute Zero, which is -273.15oC (-459.67oF) or simply 0 Kelvin. Practically speaking, however, it’s impossible for a substance to reach the temperature of Absolute Zero. All the kinetic energy in a molecule, i.e., their vibrations, will stop, so no further heat can flow at an Absolute Zero temperature.

Also Read: Why Is Space Cold If There Are So Many Stars?

Many physicists have spent their entire careers trying to cool things down to an Absolute Zero temperature using lasers and magnetic fields, but they weren’t really successful. This is because at Absolute Zero, classical laws of physics cease to have validity and quantum mechanics become much more prevalent. In fact, the fundamental laws of quantum mechanics forbid any object from reaching an Absolute Zero temperature. To understand why it forbids it would require complex mathematical treatment involving Heisenberg principles, which we will leave for some other article.

What’s The Temperature Of Space?

Let’s say that we bring out a very precise thermometer into space. There’s gas, dust and ionized particles from the Sun (known as solar wind) flying around, but these particles are so incredibly far apart that very few of them, if any, would bump into the thermometer. Even if they do, they’ll be pretty cold, and the vacuum between them, void of any baryonic matter, wouldn’t be detected. Slowly, your thermometer would start radiating its heat away. Its recorded temperature would continue decreasing until it reached a temperature of 2.73 K (-270.42 C, -454.75 F), the temperature of the Cosmic Microwave Background Radiation (CMBR).

The Cosmic Microwave Background Radiation is a remnant of the most powerful explosion in history: the Big Bang. The photons from the event that gave birth to time and space still permeate the cosmos today, causing slight radio interference and heating up space thermometers for curious scientists like us. It’s possible to reach colder temperatures than the CMBR temperature in labs on Earth, but out in space, the constant buzz of this omnipresent emission creates a sort of universal average temperature. 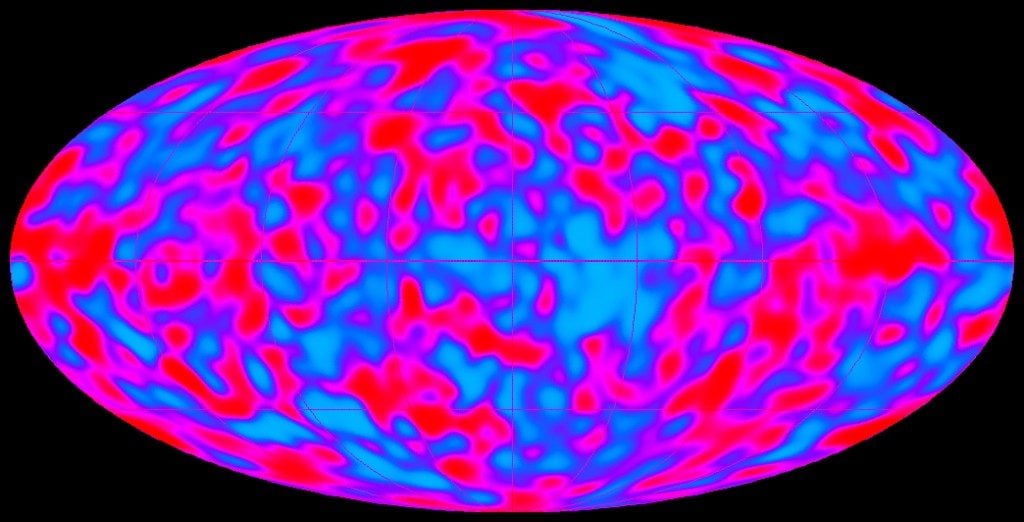 What Happens To Your Body If Exposed To This Space?

Now we understand the temperature of space, or the CMBR, to be more precise, but what if you were exposed to space without a spacesuit? Well, that would be an undesirable experience for many reasons.

In the 1960s, researchers at Brooks Air Force Base in Texas exposed several dogs to a near-vacuum environment to study how their bodies fared in the vacuum. Well, the dogs did survive when exposed to the vacuum for less than 90 seconds, but when they were exposed for a longer time, they subsequently died upon repressurization.

During the late 1960s, scientists at NASA tried the same thing on chimpanzees. Chimpanzees were more resilient than dogs when it came to surviving in a vacuum that mimicked outer space. They could survive for up to three and a half minutes in such conditions.

During a test in a vacuum chamber at NASA’s Johnson Space Flight Center in Texas, a leaky spacesuit exposed one of the astronauts to near-complete vacuum. He became unconscious in a matter of seconds, until he was resuscitated. After regaining consciousness, the astronaut said that the last thing he remembered before blacking out was the sensation of saliva boiling in his mouth! 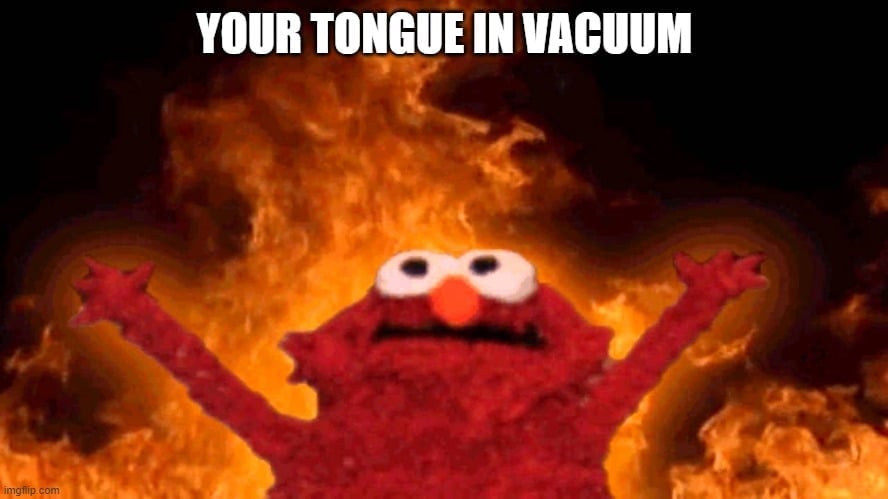 See, in space, without the air pressure to keep your bodily fluids in their liquid state, they would rapidly begin to dissipate heat energy by boiling. But that’s not it. In space, when exposed without a spacesuit, the gases inside your body would also begin to expand, causing you to inflate like Violet Beauregarde in the movie Wily Wonka And The Chocolate Factory! This inflation would be caused by air and gas bubbles formed by the boiling of your internal fluids. This phenomenon is popularly referred to as ebullism.

Ebullism can result in these bubbles blocking your blood flow. There is a good chance that your blood vessels would burst on account of it and your critical organs would swell. Although you would lose consciousness in a matter of 10-15 seconds due to lack of oxygenated blood supply to your brain, your body would continue to inflate and eventually just tear itself apart. That’s obviously a very painful way to die, but that’s what space has in store for you if you want to leap out unprotected.

Also Read: Is There A Limit To How Hot An Object Can Get?

As we’ve shown, most of outer space is a pretty frigid place to be, with the temperature of the CMBR plunging to only 2.73 Kelvin. Although the temperature would be much higher for celestial bodies closer to the Sun, such as Mercury or Venus. Aside from the Sun, the closest star is Alpha Centauri A, a massive 4.3 light-years away, meaning that it doesn’t have the strength to warm the celestial bodies of our solar system.

Test how well do you know outer space