The ISS gets breathable oxygen from the electrolysis of water.

The International Space Station (commonly called the ISS) is a manned satellite that orbits our planet at an altitude of more than 200 miles. At any given time, it hosts 5-6 astronauts performing a number of experiments, conducting studies and research, and doing a bunch of other stuff to enhance our knowledge of how things work in space.

The ISS is the most expensive object ever built by humans. (Photo Credit : Wikipedia.org)

Needless to say, there are a number of life support systems aboard the ISS to ensure that the crew’s stay there is as comfortable as possible in space.

The three most important things that humans need to survive are water, food and oxygen. We have already discussed how astronauts get drinking water aboard the ISS in this article, so now it’s time to talk about how astronauts get breathable air so far above Earth’s surface.

Electrolysis is the primary method by which oxygen is ‘made’ on the International Space Station. However, what is the meaning of electrolysis?

‘Electrolysis’ refers to the chemical decomposition of a liquid or solution containing ions by passing an electric current through it. The electrolysis of water, therefore, is the name of the process through which water is broken down into its constituents—hydrogen and oxygen. 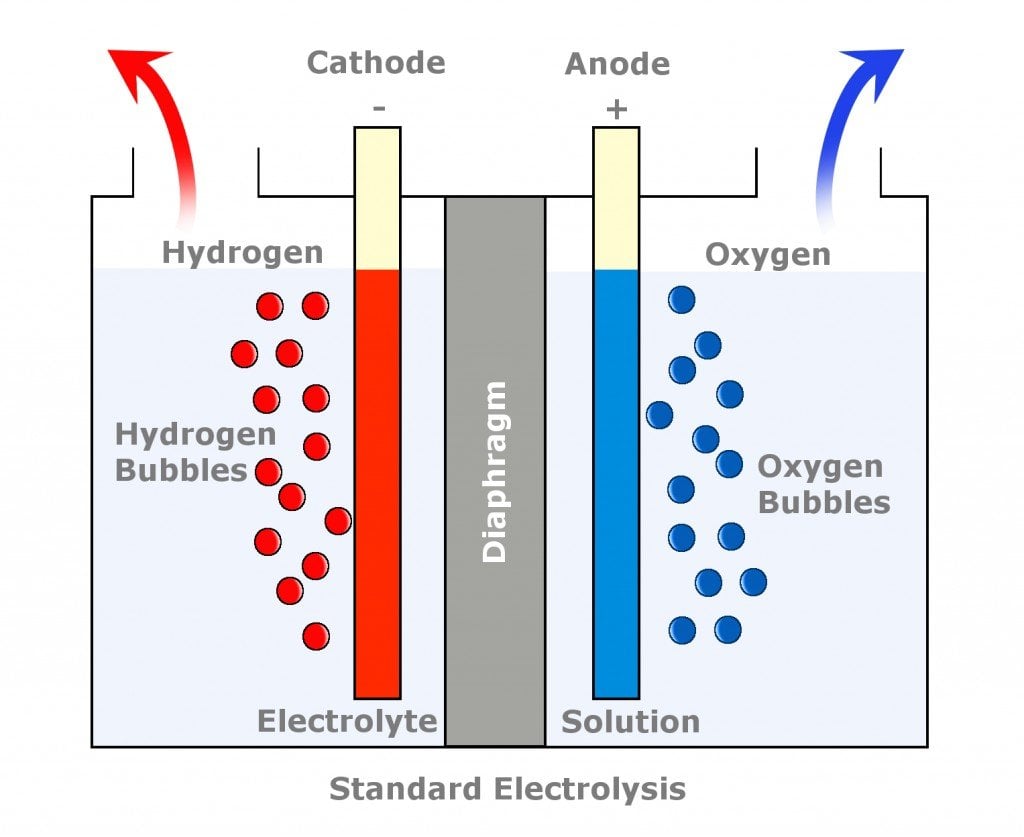 A typical diagram of the electrolysis of water.

If you think about it, the oxygen that we breathe here on Earth also comes from the splitting of water, only it’s not a mechanical process, unlike the electrolysis of water on the ISS. Plants, trees, algae, cyanobacteria and phytoplankton… all of these organisms decompose water molecules as one of the steps in photosynthesis (the process that converts sunlight and water into food).

You see, water is composed of two molecules of hydrogen and one molecule of oxygen. When you run a current through water, these two constituents separate and recombine as gaseous hydrogen and oxygen (Source).

The Oxygen Generation System or OGS is a rack designed by NASA to electrolyse water to produce gaseous oxygen. The oxygen produced in this way is then vented to the cabin atmosphere of the ISS. Note that the OGS is a part of the ECLSS (Environmental Control and Life Support System) aboard the ISS. 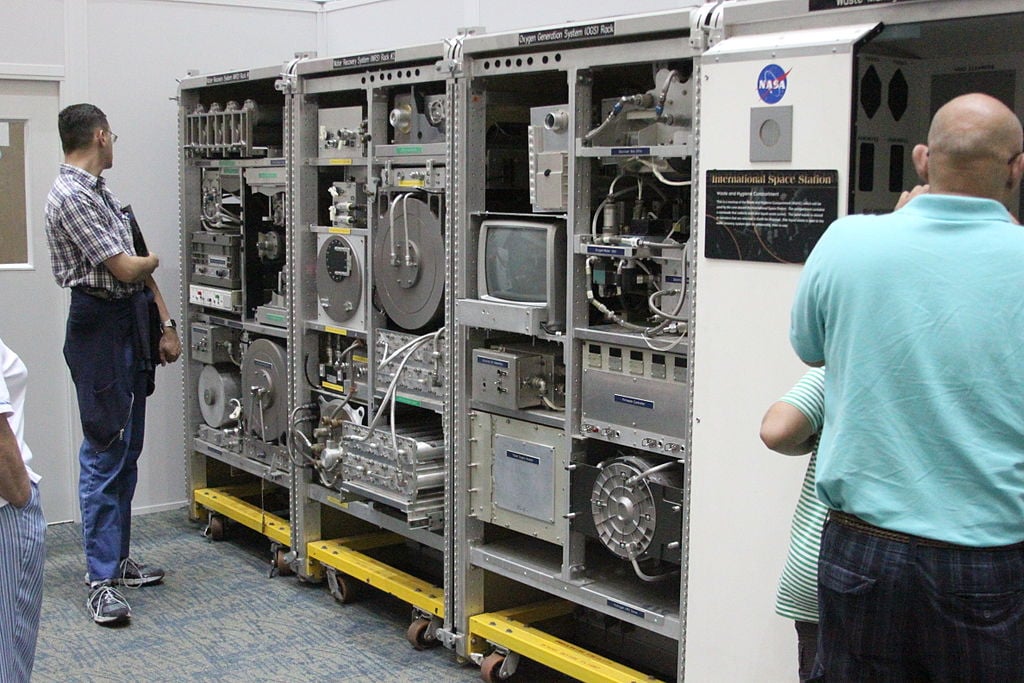 The other vital component of the ECLSS is the Water Recovery System (WRS), which works in tandem with the Oxygen Generation System.

So, astronauts aboard the ISS get their oxygen from the electrolysis of water, but where does all that water come from?

Collecting water from within the ISS

The Water Recovery System or the WRS is a component of the ECLSS that provides clean water by recycling the crew’s urine, sweat, other condensate in the cabin and wastes produced due to Extra Vehicular Activity. 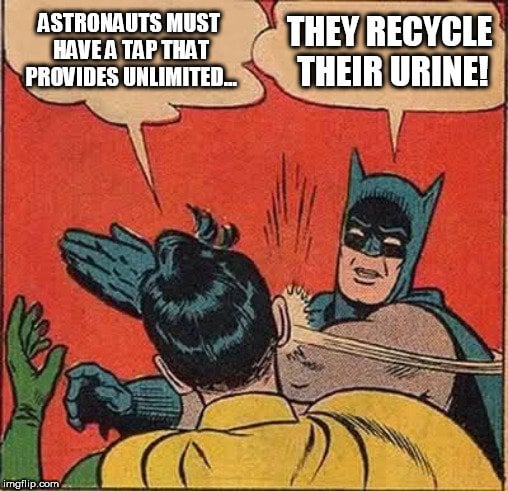 The water that is collected is obviously put through stringent tests so that it’s absolutely pure and ready to be reused to support the daily requirements of the crew, lab animals, EVA and payload activities.

This water is then used to conduct electrolysis and create breathable air to sustain life on board.

The crew can also produce oxygen chemically by igniting SFOG (Solid Fuel Oxygen Generation) canisters, which are comprised of lithium perchlorate. Each canister can provide a limited supply of oxygen for a crew member.