Although both asteroids and comets were formed in the early days of our solar system’s formation, asteroids are huge rocky objects that are mostly found in the asteroid belt between Mars and Jupiter, whereas comets are frozen balls of gas, ice and rocky material.

Even if you don’t consider yourself much of a space enthusiast, it’s highly unlikely that you haven’t heard of ‘asteroids’ and ‘comets’. In every discussion regarding the various members of our solar system, their names invariably pop up.

Although they have different names and have always been categorized in a separate class of celestial bodies, according to the views developed in the last decade or so, astronomers think these two space-bound objects are more alike than they were originally believed to be.

In this article, we shall look at some of the similarities and differences between asteroids and comets. Let’s start with the basics…

What Is An Asteroid?

Asteroids are tiny, medium-sized or ultra-large pieces of rocks that orbit the sun, like all the other members of the solar system. Since asteroids are made of the same material as planets, they are also sometimes referred to as ‘minor planets’.

A majority of asteroids are found in the Asteroid Belt, which is a donut-shaped ring that lies between the orbits of the Mars and Jupiter. The largest asteroids are known as planetoids; in fact, the four largest known asteroids are spherical in shape, just like the Earth. However, asteroids smaller than 30 miles/48 km in diameter are not spherical; they tend to have random shapes (Source).

What Is A Comet?

A comet is a relatively small body, made of ice and dust, that has a highly eccentric elliptical orbit. Its orbital period can range from a few years to a million years or more. 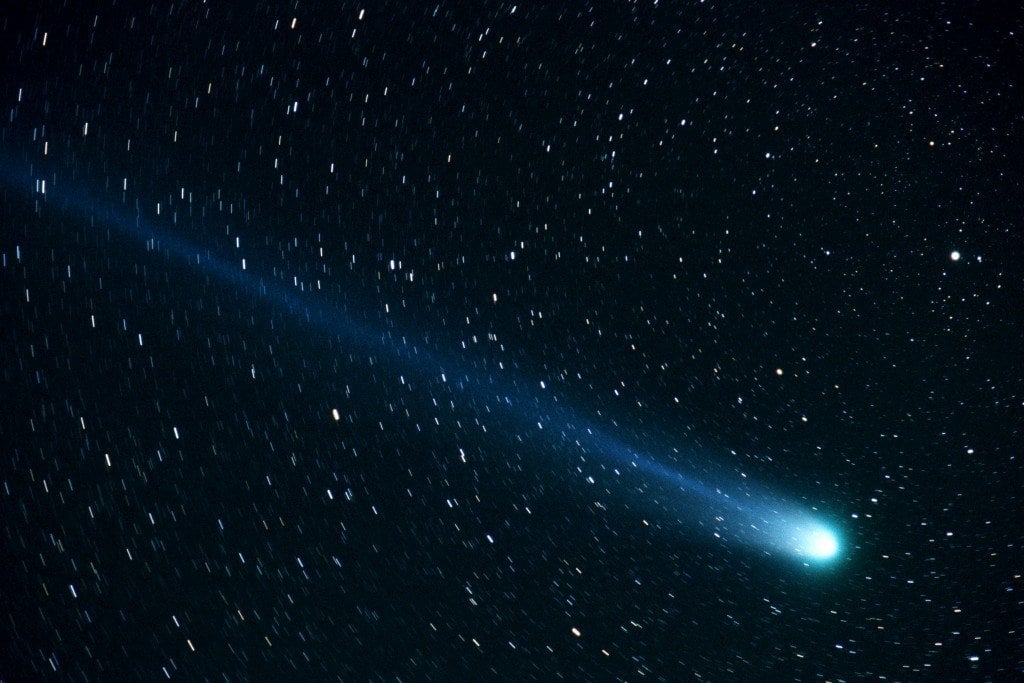 Comets, when they pass close to the Sun, can sometimes develop shiny tails. (Image Source: commons.wikimedia.org)

Made of ice and gases mixed with dust, comets have an icy nucleus that is surrounded by a huge, visible atmosphere of gas and dust (called a coma). A gravitational kick from a nearby star or some disturbance in the Oort Cloud sends long-period comets hurtling into our solar system towards the sun. Also Read: Where Do Meteorites Come From?

Differences Between Asteroids And Comets​

The primary difference between comets and asteroids lies in their respective composition. While comets are mostly made of ice, dust and rocks (you can call them dusty ice balls), asteroids are made of metals and rocky material.

Another stark difference between these two celestial bodies is that while comets form tails when they pass through the inner solar system, asteroids don’t. Asteroids in the asteroid belt orbit the sun the same way as most other planets do. (Photo Credits:Andrea Danti/Shutterstock)

Similarities Between Asteroids And Comets

In the 1980s and 1990s, the clear distinction between comets and asteroids began to blur. After the Kuiper Belt was discovered, it was clear that a large number of comets and icy bodies existed on the edge of our solar system, much closer than the Oort Cloud.

The discovery of Main-belt Comets (MBCs) – celestial bodies with comet-like activity during part of their orbit that are found within the asteroid belt – further clouded the distinction between comets and asteroids. 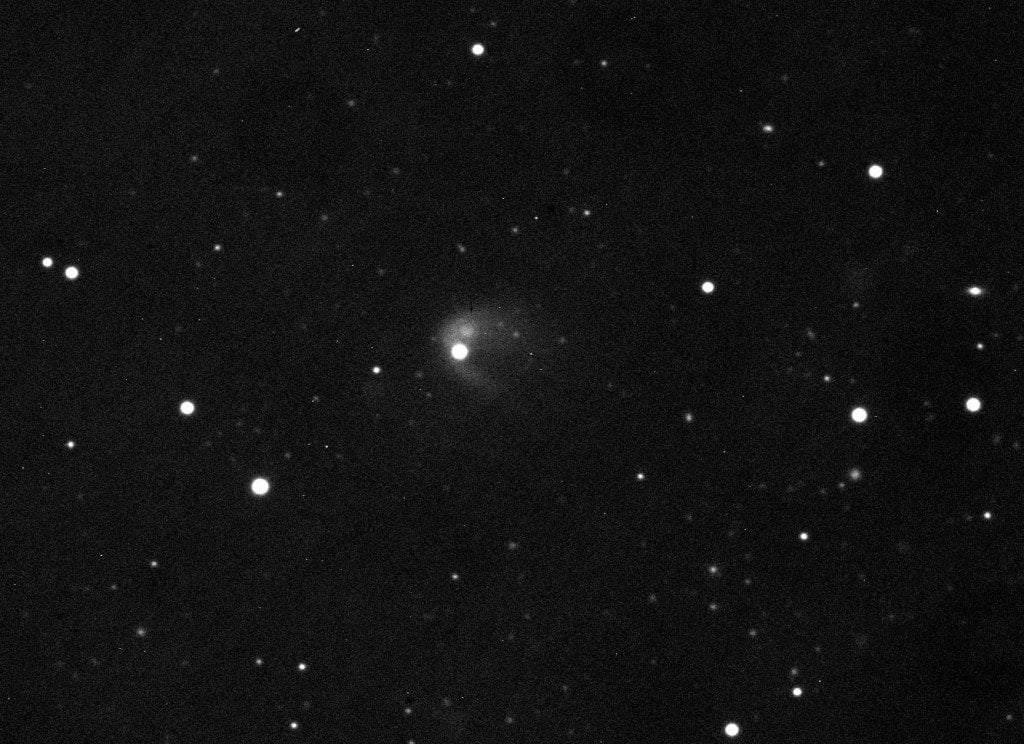 5 minute exposure of main belt asteroid 596 Scheila with a 24″ telescope. You can clearly see signs of Scheila acting like a main-belt comet and displaying a cometary tail. This image was taken at 2010-12-12 12:00 UT. (Photo Credit : Kevin Heider / Wikipedia Commons)

Their discovery led to the hypothesis that several main-belt asteroids might have been ex-comets whose volatile constituents evaporated a long time ago.

Also Read: What Is The Difference Between Asteroids, Meteors And Meteorites?

To make things even more interesting, a number of other celestial bodies have been discovered that possess properties of both asteroids and comets, and are therefore cross-listed in both categories. Some of those celestial objects include 2060 Chiron, 60558 Echeclus and 4015 Wilson-Harrington.

The aforementioned properties and recent discoveries of such celestial objects have led astronomers to believe that asteroids and comets are not as clearly distinct as had originally been thought.