The Kuiper Belt is a disc of celestial objects beyond Neptune that contains asteroids, comets, dwarf planets, and Centaurs among others. The Kuiper Belt spans from 30 AU to 50 AU.

Beyond the orbit of the last planet of the solar system, Neptune, is an asteroid disc that is billions of miles in length. This disc is far away from the warmth of our burning Sun and is the home to extremely cold worlds. Similar to the Asteroid Belt, but many times larger, this asteroid family boasts the likes of comets, asteroids, minor planets, dwarf planets and centaurs, among others.

This trans neptunian doughnut-shaped ring of ice-cold celestial objects is called the Kuiper Belt, and is home to more than one trillion comets!

Location of the Kuiper Belt in the Solar System (Photo Credit : shooarts/Shutterstock)

Observations Of The Kuiper Belt Through The Years

When Pluto was discovered in 1930, there was a common conception that it wasn’t alone out there in the cast emptiness. Since then, the Kuiper Belt has been theorized about in many different ways. The first to ponder such a belt beyond Neptune was Frederick C. Leonard, who suggested that this region had many celestial bodies, of which the Pluto was the first, but the discovery of the rest was inevitable.

In 1951, Gerard Kuiper released a paper in which he hypothesized a ring having formed in the infancy of the Solar System. However, he believed that the disc was no longer in existence today. This was largely due to the fact that, at the time, it was a common belief that Pluto was as large as Earth, so the gravity of such a big mass would push the materials of the disc out to the Oort cloud. Regardless of his faulty theory, the Kuiper Belt was is named after him!

Many more theories were postulated after his, but concrete evidence only came when astronomer David Jewitt and Jane Luu started exploring the region beyond Neptune in earnest. They began their search in 1987, fueled by their puzzled state concerning the apparent emptiness of the outer solar system. Initially, they began exploring through the telescopes at the Kitt Peak National Observatory in Arizona and the Cerro Tololo Inter-American Observatory in Chile. They later moved on to the Institute of Astronomy at the University of Hawaii, using the telescope at Mauna Kea. 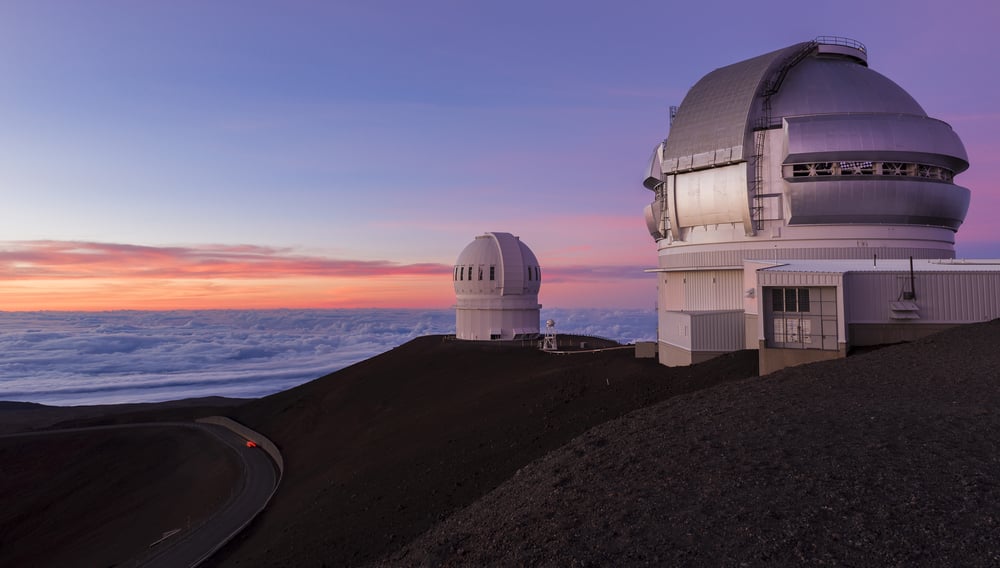 After 5 years of sky hunting, they finally found a neighbor of Pluto and announced its existence as 1992 QB1, an object of the Kuiper Belt, on August 30, 1992. Their second find came only six months later; as of 2018, about 2,000 objects in the Kuiper Belt have been discovered.

The name of the belt has seen its fair share of controversy, as many critics believe it is wrongly attributed. The name stays for now, but alternatively, the objects in the Kuiper Belt are sometimes referred to as kuiperoids and trans-neptunian objects.

Structure And Characteristics Of The Kuiper Belt

The Kuiper Belt resembles the shape of a torus in its entirety and spans from about 30 AU to 55 AU (1 astronomical unit = the distance of Earth from the Sun); this comes to around 7.4798935 x 109 kilometers at its longest span.

The belt houses a variety of celestial objects and contains hundreds of thousands of bodies bigger than 100 km and is home to more than a trillion comets, according to the latest estimates. However, the calculated mass of all the objects in the Kuiper Belt is not more than 10% of Earth.

Worlds in the Kuiper Belt are extremely cold, owing to their enormous distance from the Sun. It takes objects in this belt more than 200 years to complete a single orbit around the Sun. 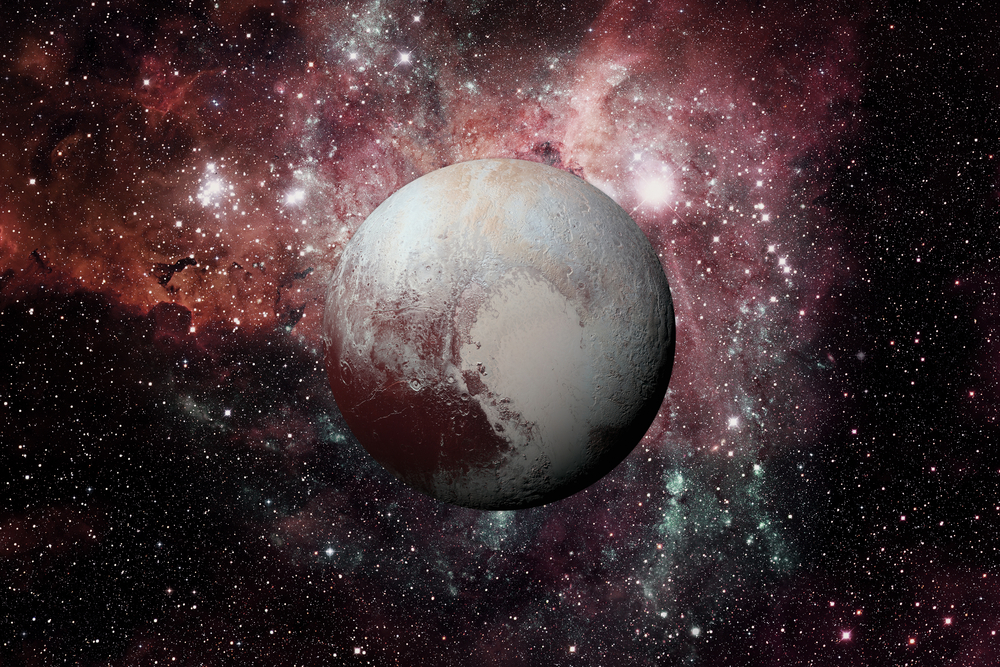 The objects of the Kuiper Belt are themselves sub-divided into different families and differentiated by their size, population, orbit and how they interact with the gravity of Neptune.

Classical KBOs (Kuiper Belt Objects) are those that fit in the classical definition of the belt—objects with circular orbits. They are further sub-divided into ‘hot’ and ‘cold’, which is an estimate of how much they interact with the gravity of Neptune.

Resonance KBOs are in close interaction with Neptune, forming a resonance with the planet that affects their path and how they orbit in their axis. The Scattered Disc is the region beyond the Kuiper Belt, which is highly elliptical in its orbit and inclined in its plane.

Other families are the Detached Objects, which have orbits that don’t get near the Sun and stay at about 40 AU, as well as Centaurs, which orbit around the spaces between the giant planets of Jupiter and Neptune.

Formation Of The Kuiper Belt

The origins of the belt can be traced to the formation of the Solar System. The material of the disc started off as planetesimals around Neptune, due to the dominant force of this planet. This is similar to the case of the Asteroid Belt and Jupiter; the remnants around Neptune also couldn’t come together to become a planet of their own.

The initial count of the total material in the Kuiper Belt is likely to be higher than it stands today, at about 7 – 10 times the mass of Earth, but many objects might have been lost due to the shifting orbits of the giant planets—Jupiter, Saturn, Uranus and Neptune. Today, the belt is slowly eroding, with the remaining intact objects colliding to form smaller particles and dust. 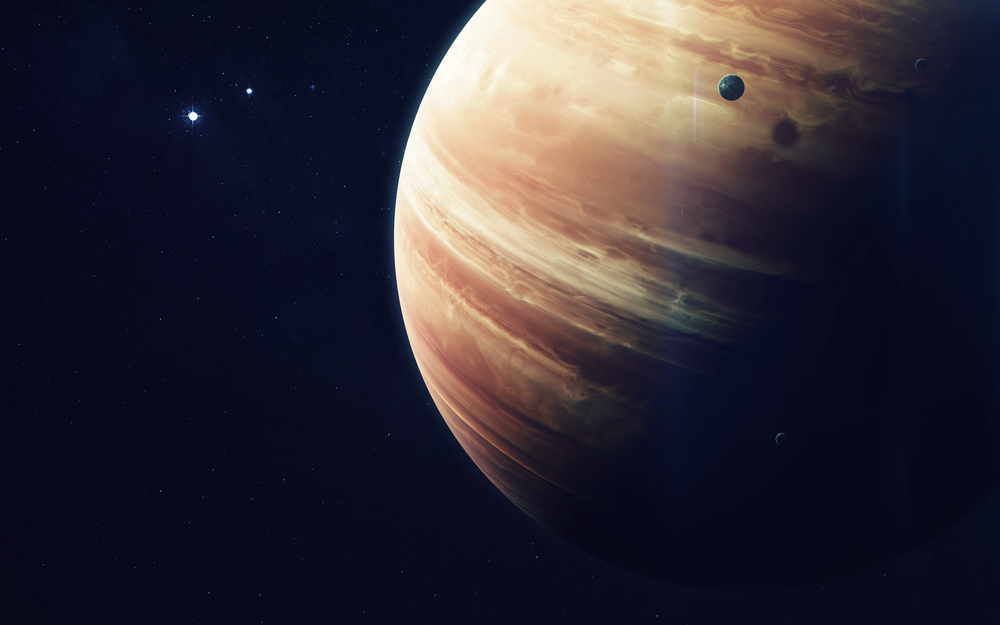 Along with asteroids and comets, the Kuiper belt is also home to the many dwarf planets of the solar system. This includes Pluto, Haumea, Makemake, Quaoar and many others that have been discovered in recent decades. These dwarfs are extremely cold, and are composed of rock and ice. There are also icy compounds of methane and ammonia found on the objects.

Many dwarfs have at least one satellite, which includes Pluto, Haumea, Makemake, and Quaoar, although Haumea has an elliptical shape with a ring around it. These dwarf planets have a very thin atmosphere that often forms when they reach their closest points to the Sun in their orbit. The potential for life is extremely small, given the harsh conditions of these icy worlds.

Also Read: What Is Ceres? 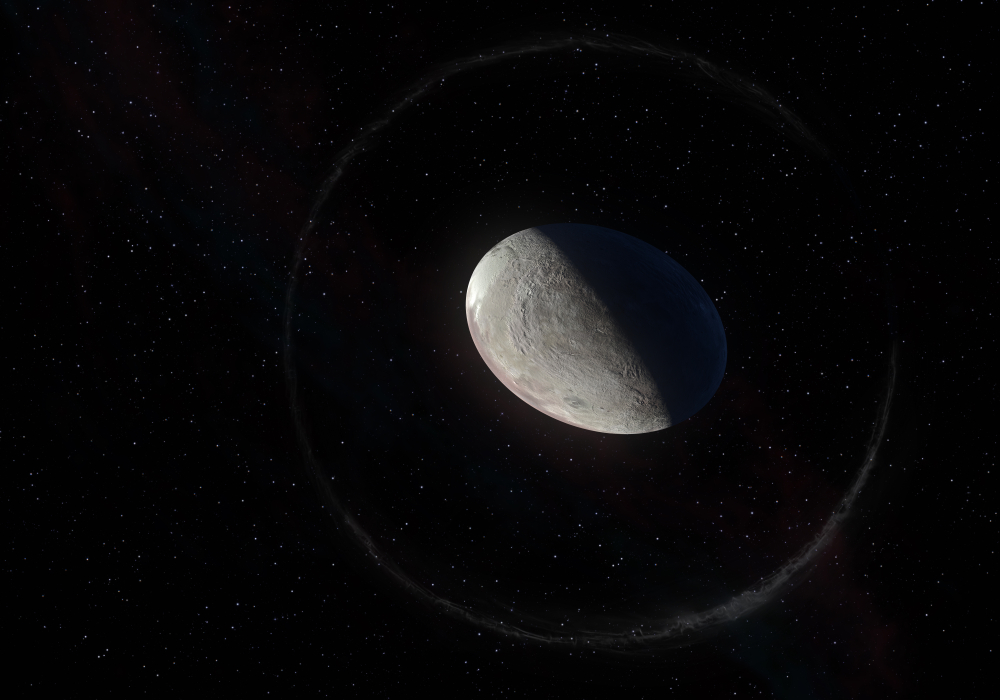 NASA’s Pioneer 10 spacecraft was the first to reach the Kuiper Belt. Although most of what is known about the belt has been learned through the Hubble Telescope, NASA’s New Horizon had a flyby past Pluto in 2015, which provided detailed images of the dwarf planet and conditions within this fascinating and far-flung belt!