Makemake is a dwarf planet located in the Transneptunian region of the Kuiper Belt. It is an icy planet that is 1/9 the size of Earth.

Dwarf planets are a recent phenomenon in our astronomical dialogue. Unlike planets, which have been known about and categorized for centuries, the definition of a dwarf planet was only agreed upon in 2006 in the guidelines passed by the International Astronomical Union (IAU). Most of the celestial objects that fall in this category have just missed out on being a full-fledged planet, which has to do with their dominance within their orbit around the Sun.

If a celestial body is directly in orbit of the Sun, has achieved hydrostatic equilibrium (and thus has a roundish shape), and is the most dominant object in its orbit, then it earns the label of a “planet”. Dwarf planets fulfill the first two criteria, but are usually in an orbit where they are not the dominant entity. This is what makes Makemake, an icy trans-Neptunian celestial body, a member of this group. 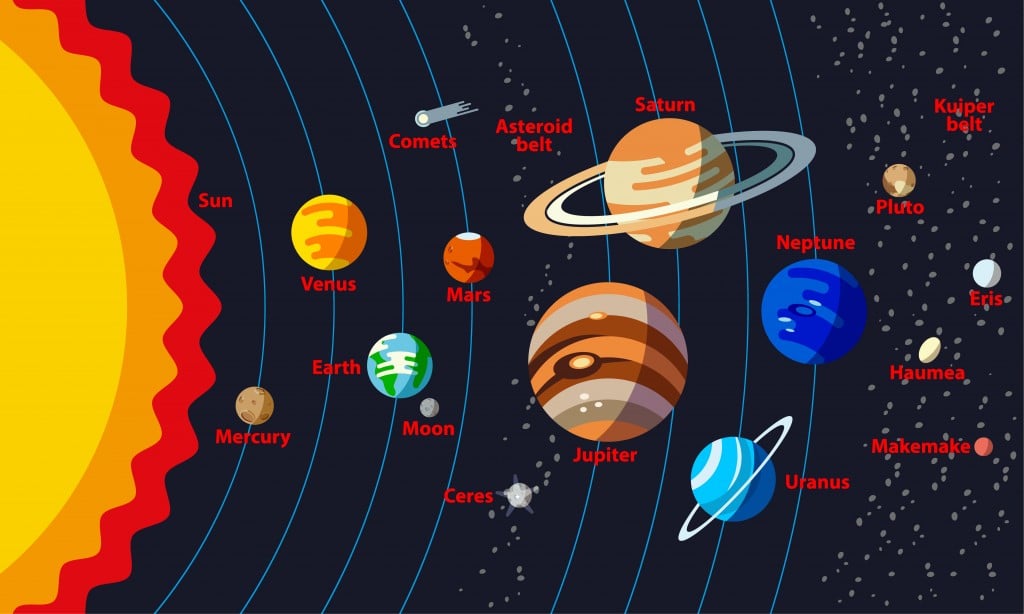 Let’s take a look at this tiny world located in the Kuiper Belt and learn about its discovery and the origin of its unusual name.

Makemake was discovered by a team led by astronomer Michael E. Brown. It was discovered in the Palomar Observatory on March 31, 2005. It was later announced to the world on July 29, 2005.

Initially, Makemake was codenamed ‘Easter Bunny’ by the team who discovered it, as it was found just a few days after the festival of Easter. It was later given the name it holds now, Makemake, which is related to the myths of the Rapa Nui. Natives of Easter Island, the Rapa Nui have a god of fertility and the creator of humanity in their myths, which is Makemake’s namesake. This name also preserves the celestial body’s relation to Easter! 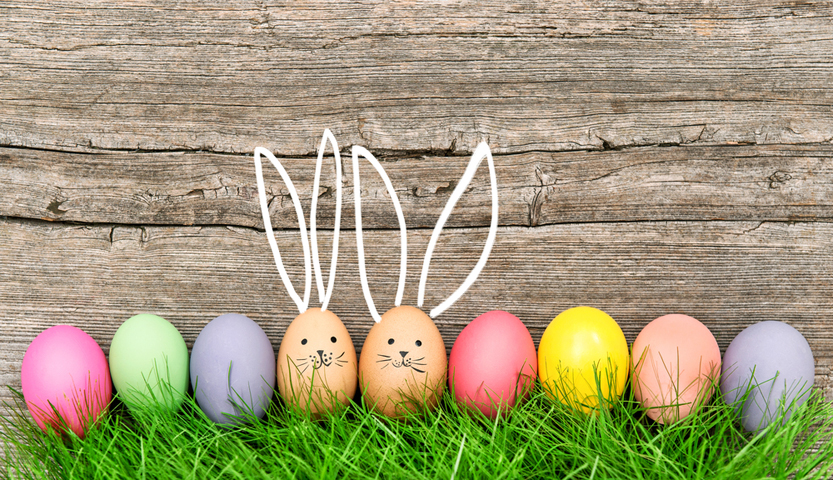 Makemake was discovered near Easter, which is reflected in the selection of its name. (Photo Credit : LiliGraphie/Shutterstock)

At the time of Makemake’s discovery, there was an ongoing debate about the definition of a ‘planet’ and Pluto’s position as the ninth planet of the solar system. Other objects that were similar to Pluto in size had also been found in the Kuiper Belt, which meant that there were officially more planets in the solar system, or new guidelines had to be established. This makes Makemake an important discovery in the history of studying the solar system, as it brought about a fundamental change in the categorization of planets and dwarfs by the International Astronomical Union (IAU).

The IAU passed new guidelines in 2006 that redefined what it means to be a legitimate planet, subsequently introducing a new category called “dwarf planets“, which directly orbit the Sun and have successfully achieved hydrostatic equilibrium, but are not the dominant object in their orbit.

This new category saw the shifting of Pluto and Eris from planets to dwarf planets, while also adding Haumea, Ceres, Makemake and other similar-sized celestial objects to the list. 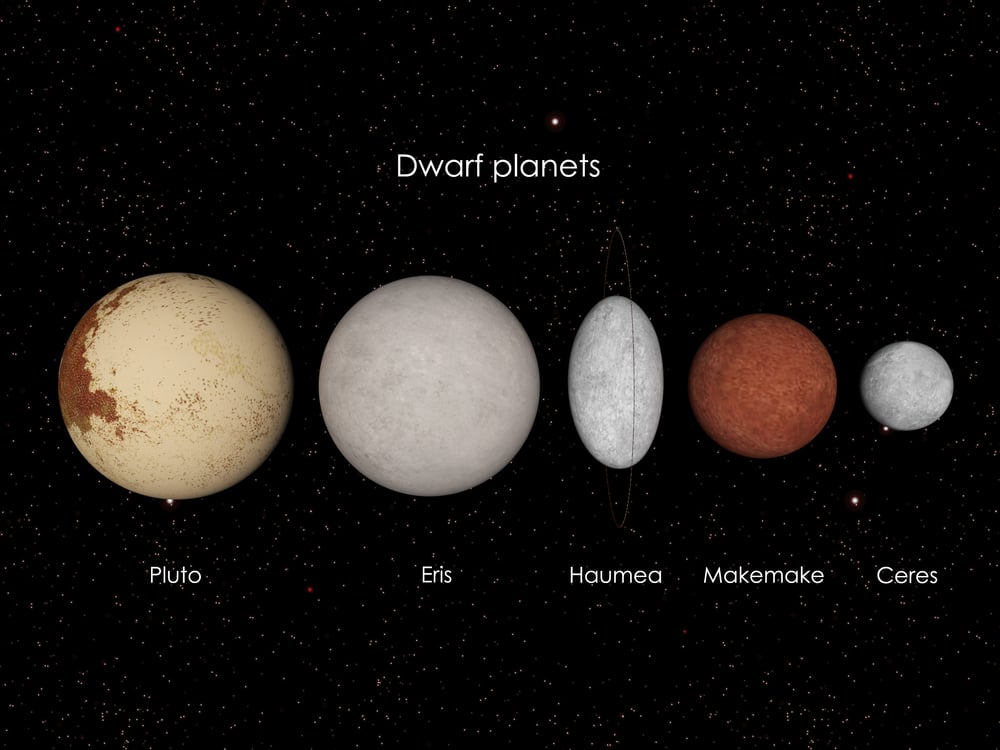 Also Read: What Is Haumea? 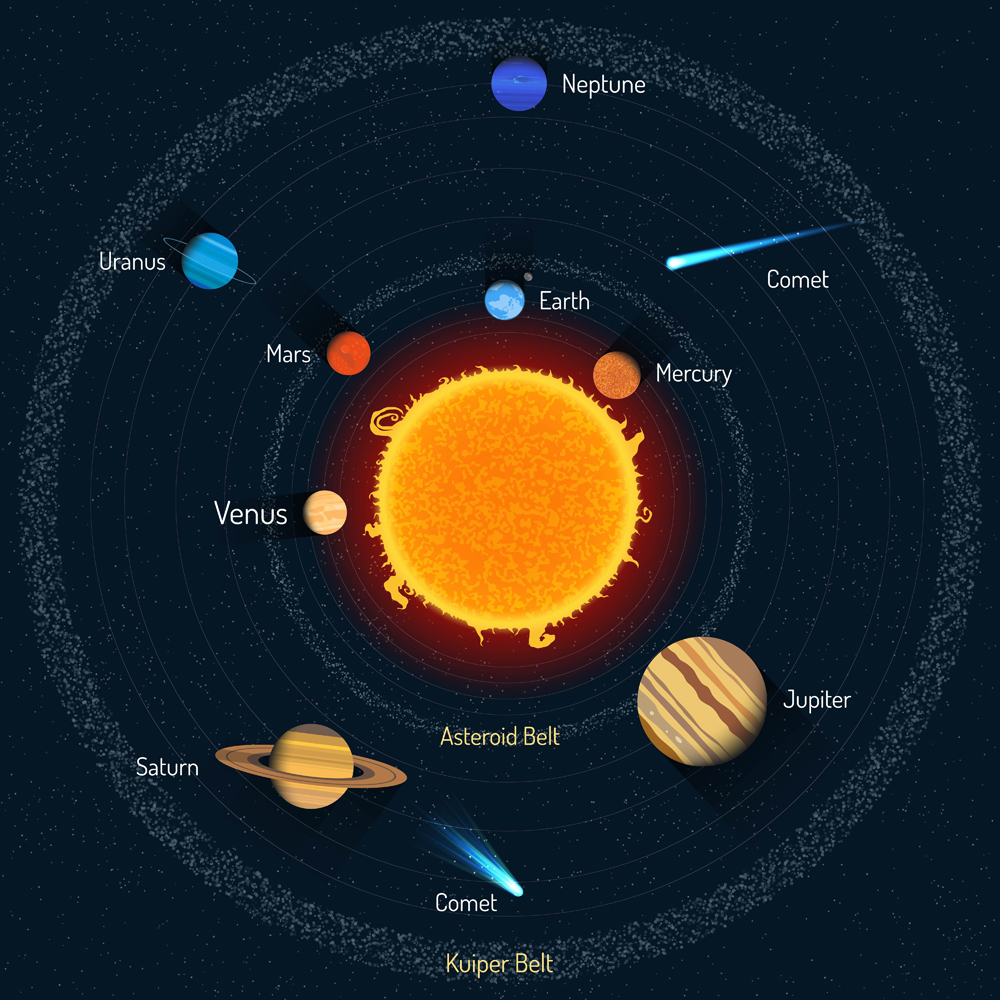 Makemake is on the smaller side when it comes to size, as it is just about 1/9th of the radius of Earth. Its radius is roughly 715 kilometers (444 miles). In comparison, when shrunk down, Makemake would be a small mustard seed compared to Earth as the size of a nickel

Where Is Makemake Located?

Makemake inhabits the Kuiper Belt, meaning that it is related to the family of small icy worlds that populate this disc-like zone beyond the orbit of Neptune. These worlds were formed in the initial stages of the Solar System some 4.5 billion years ago. Makemake’s origin can be traced to the same point as other Trans-Neptunian objects. 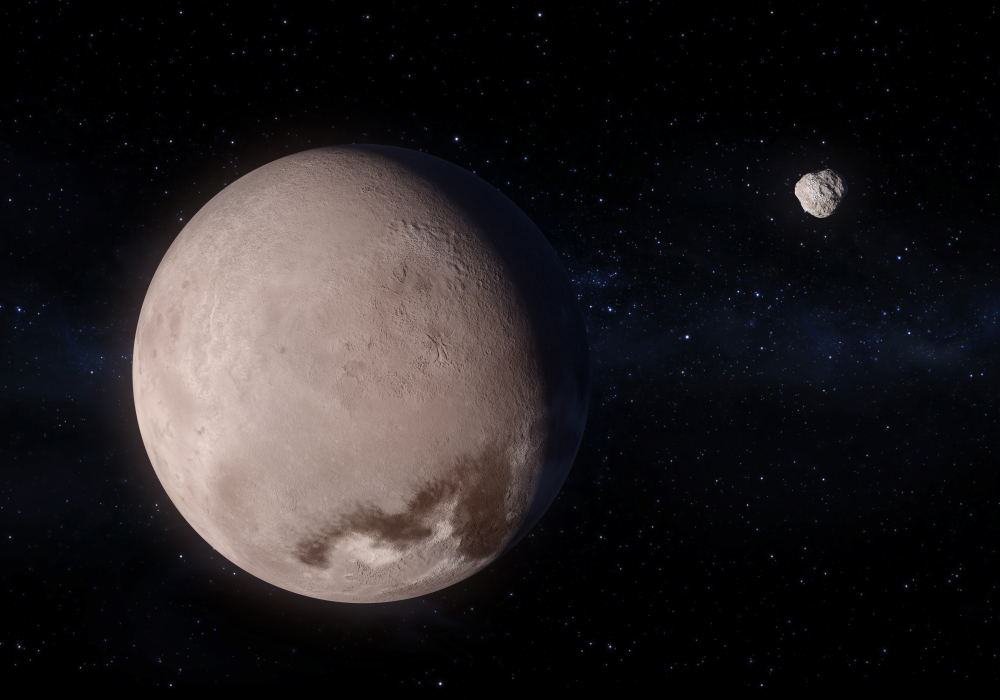 Although it is quite difficult to see the many details on the surface of Makemake from such enormous distances, we know that its surface is similar to Pluto and appears reddish-brown in color. It gets very cold on Makemake, due to its great distance from the Sun, and temperatures range from -241.15 degrees Celsius to –237.15 degrees Celsius. Frozen methane and ethane have been detected on its surface with pellets of the former as big as ½” in diameter on the surface.

When it is closest to the Sun in its orbit, Makemake may form a very thin atmosphere composed primarily of nitrogen. Makemake does have one tiny satellite orbiting it, which is about 80 kilometers (50 miles) in radius and 1300 miles from the surface of the icy dwarf. The satellite is nicknamed MK 2. There appear to be no outer rings of this dwarf planet.

Very little is known about the internal structure of the dwarf planet, but future missions to the Kuiper Belt and flybys of the neighboring dwarf planets may illuminate this in the future!

Also Read: What Is Eris?

There have been flybys through the Kuiper Belt, which have given us a great deal of insight on the icy celestial objects in this trans-Neptunian disc. Although there is ice on the surface of Makemake and the potential for water—the essential component for life to evolve—the atmosphere is too thin and the surface is too cold for life to be sustained.

Searching for life on Makemake is therefore a foolish quest, given the uninhabitable landscape that this distant dwarf planet appears to have.