The most controversial celestial body in recent years has undoubtedly been the former planet of our solar system, Pluto. Albeit comically, Pluto was ousted as a ‘planet’ and was instead placed in the category of a ‘dwarf planet’ in IAU’s new 2005 guidelines. However, this did not deter people’s love for the planet, as NASA’s Administrator Jim Bridenstine came out and said, “Just so you know, in my view, Pluto is a planet”, further adding, “You can write that the NASA Administrator declared Pluto a planet once again. I’m sticking by that, it’s the way I learned it, and I’m committed to it.” Whoa! 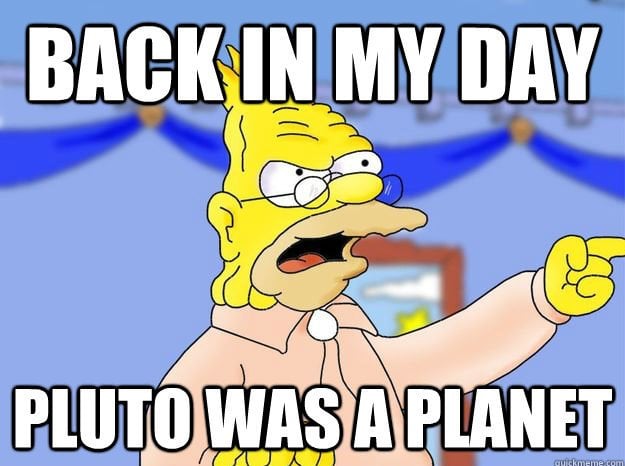 Alas, it officially remains a dwarf, regardless of major popular sentiment wanting it to be a planet. 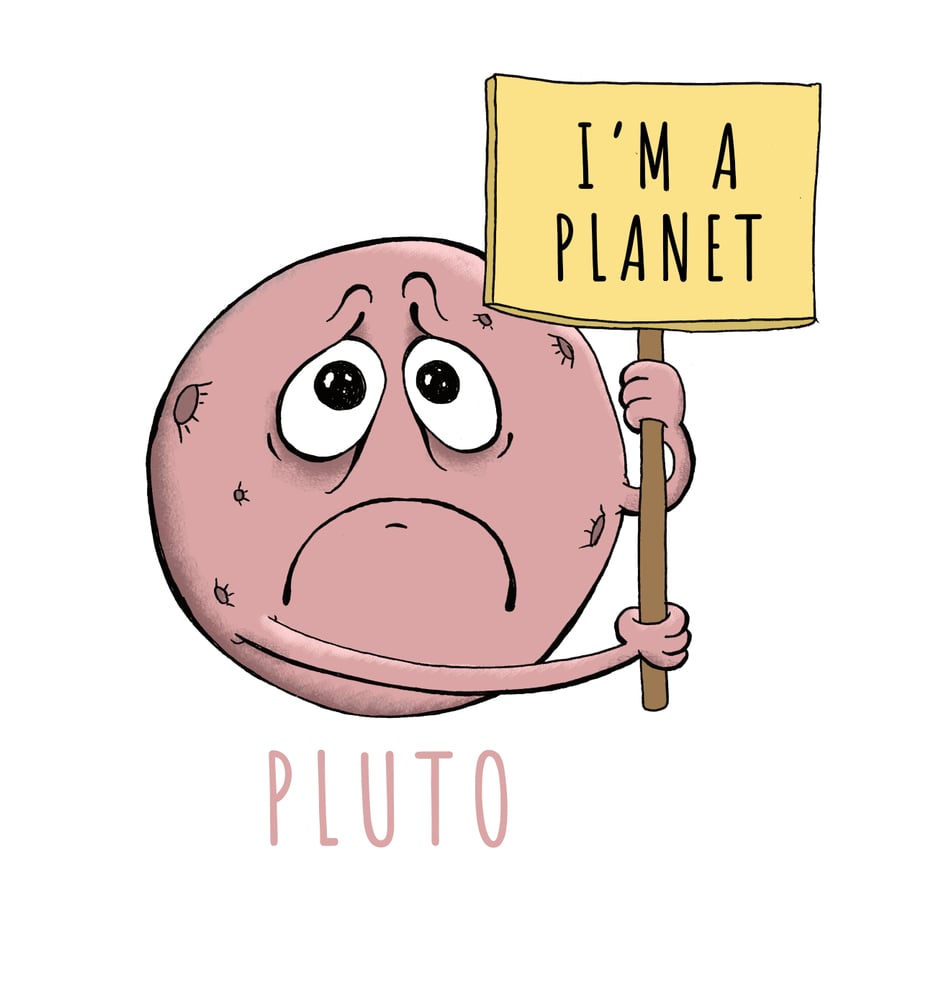 Pluto is the largest dwarf planet we have discovered with rocky mountain ranges and a multi-layered atmosphere composed of carbon monoxide, methane and nitrogen. It mostly contains frozen nitrogen ice, but a recent observation made by the New Horizons probe claims that it has liquid ocean beneath Sputnik Planitia, the western lobe of a heart-shaped region in its terrain, which is mostly frozen ice. Pluto also has five moons—Charon, Kerberos, Styx, Hydra and Nix. 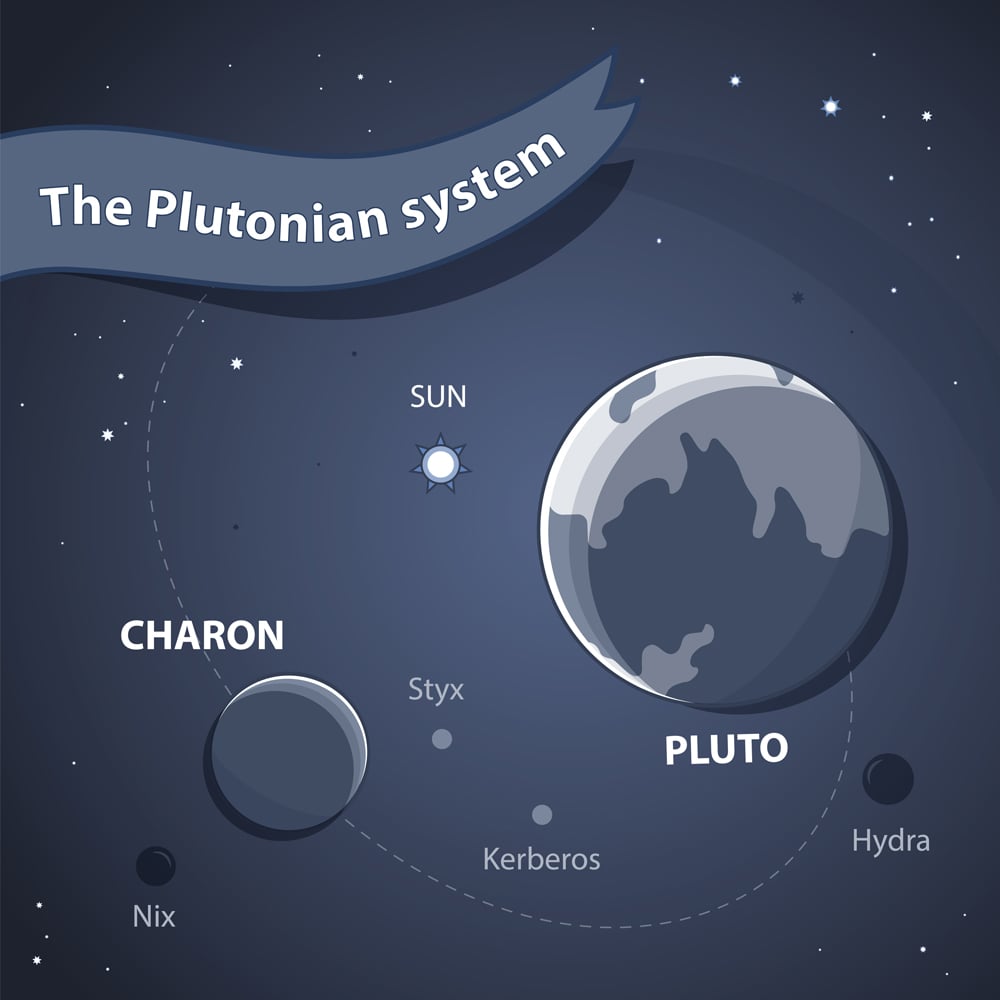 Pluto has wide plains with varied topography that ranges from white and dark orange to charcoal black. It has no magnetic field and is located in the Kuiper Belt (the ring of celestial bodies starting after Neptune’s orbit). Although it is the 9th largest and the 10th most massive known celestial object in our solar system, it is about 1/6th the mass and 1/3rd the volume of our Moon.

The discovery of Pluto has been credited to the American astronomer Clyde Tombaugh in 1930. This was the first object to have been discovered in the Kuiper Belt. It was thought to be larger than Mercury and was considered a planet for about 75 years. However, after the discovery of Pluto’s moon Charon, its mass was more precisely calculated, at which point we realized that it was 20 times smaller than Mercury. After 1992, other celestial objects started being discovered in the Kuiper Belt that were similar to Pluto in terms of attributes, so its planetary status started coming into question. 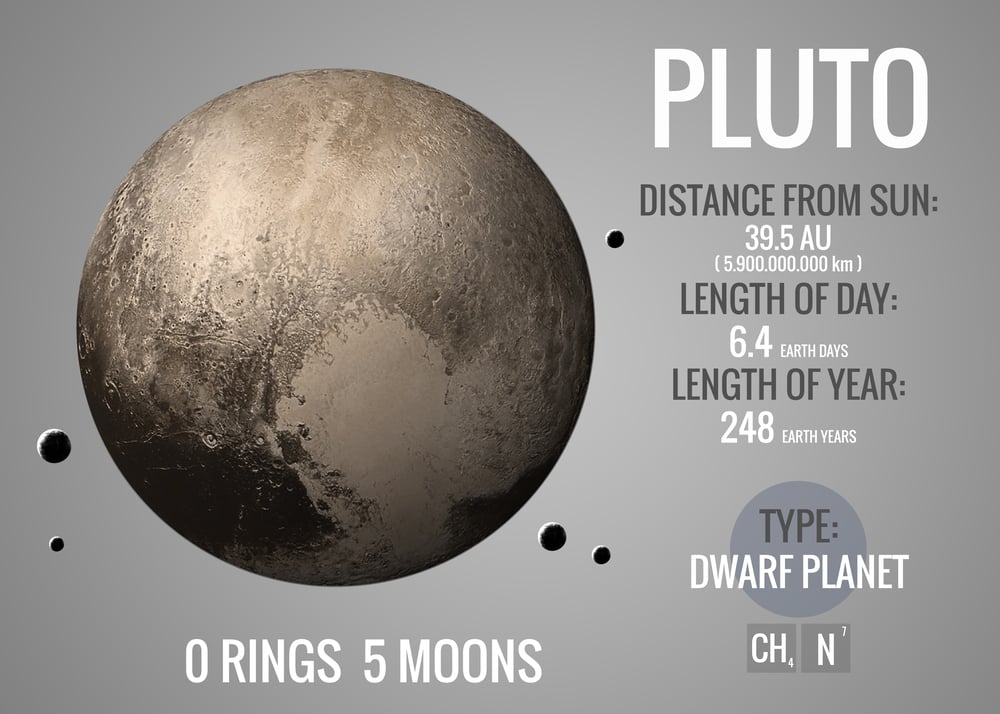 In 2005, IAU introduced a new classification called ‘dwarf planets’, at which point Pluto was demoted into this class.

How far is Pluto from the Earth?

Pluto takes 248 Earth years to complete one orbit around the Sun and it is 1,400 miles (2,380 km) wide. However, as far as numbers go, this is nothing compared to how far it is from Earth. The distance between any two celestial objects varies, and there is a time in their orbits when their distance is the least it could be, called perihelion, and a point when it is the furthest apart it can be, called aphelion.

Pluto is an astounding 4.78 billion kilometers at perihelion and 7.5 billion kilometers at aphelion from Earth, a distance so huge that it is incomprehensible for our minds. To give you a reference, Sun is 1.391 million km in diameter, meaning that you could easily fit 5,400 monstrous Suns between Earth and Pluto at their furthest distance apart. If that still doesn’t faze you, the distance between Earth and Pluto is 40 times greater than the distance between the Earth and the Sun (which is considered 1 aeronautical unit). If you somehow still remain apathetic to such a gigantic distance, consider this… the last time Pluto was at perihelion with Earth was on September 5th, 1989 and it will reach its next aphelion with Earth on August 23, 2113! 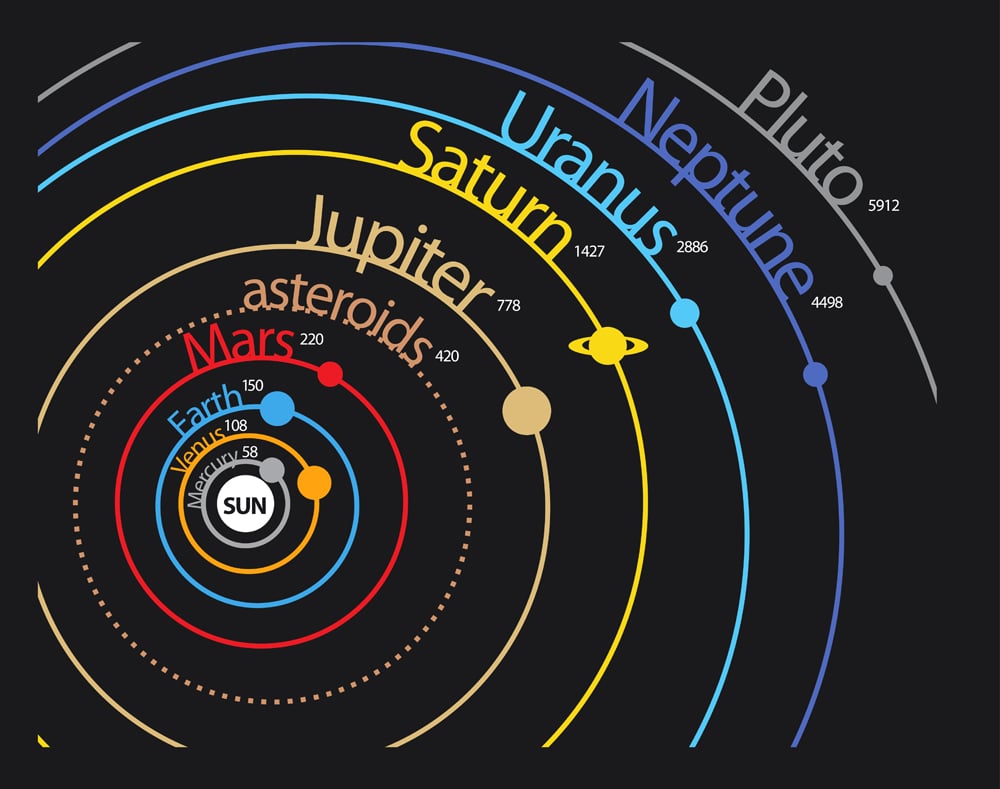 How long will it take to reach Pluto?

Given the vast distance between the two planets, it’s quite difficult to consider the possibility of something from Earth reaching anywhere near Pluto, but these distances are nothing compared to the human will.

Nasa’s Pioneer spacecraft took 11 years to cross the distance and Voyager 1 took 12.5 years to cover the same amount of “ground”. Although neither of them flew past Pluto, they give a good estimate as to the time it would take to reach Pluto.

A better estimate can be taken from the New Horizons spacecraft, which was launched on January 19, 2006. It traveled at an average speed of about 50,000 km/h. It flew past Pluto on July 14, 2015, which makes the time it took to reach Pluto about 9 years, 5 months and 25 days. New Horizons also provided a better understanding of the icy planet, giving insights to Pluto’s terrain and a possible liquid ocean existing beneath Sputnik Planitia. 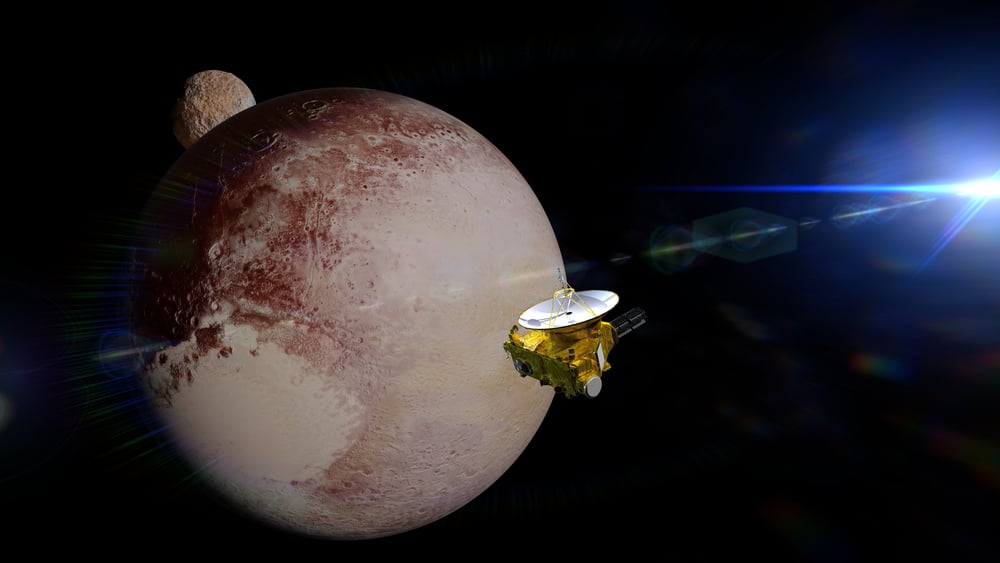 The time it takes to cross that distance may shrink, while faster and cheaper rockets will hopefully make it possible for humans to someday explore Pluto. Maybe then we can finally make up our minds over whether it is a planet or not!