Due to a stream from early stages of the Sun, the gaseous layers of the planets close to the star blew away, leaving them rocky.

Our solar system is a cosmic family. There are members in this family with different characteristics, such as the small rocky planets that are the kids and love staying close to Sun; the bigger gas giants keep their chaos away from the kids, while the icy cold members hardly ever get close to the Sun, but they love it all the same.

What’s curious though, is why the small rocky planets are so much closer to the Sun than their big gaseous relatives? Did something happen in the past that pushed the giants away? Or did it have something to do with quarrels between the small ones and the Sun?

What are the different types of planets in our solar system?

Before jumping into the main question at hand, let’s first try to understand the differences between various planets in our solar system.

These are the rocky planets that we mentioned—the real stars of this article. They are called Terrestrial Planets because they have a hard, rocky surface. Mercury, Venus, Earth, and Mars are the rocky planets of our solar system family. We live on Earth, a rocky planet, so we can imagine these planets quite easily. Even if these planets are not made up of gasses, it doesn’t necessarily mean that they lack any kind of gas layer (if they did, I wouldn’t be alive to write this article), as we have studied the atmospheres on Earth, Mars, and Venus.

After the small rocky planets come the massive Gas Giants. As the name suggests, they are mainly made of gases (though they are believed to have a very small solid core made of metals and rocks). We have two gas giants in our solar system, Jupiter and Saturn. These two planets are much larger than their rocky relatives.

After a long journey from the Sun, we finally reach the farthest relatives of this family: the Ice Giants. There are two ice giants in our solar system—Neptune and Uranus. Both of these planets are larger than the rocky planets and smaller than the gas giants. They are very far away from the Sun, so beneath their gaseous layers are surfaces and mountains of ice. 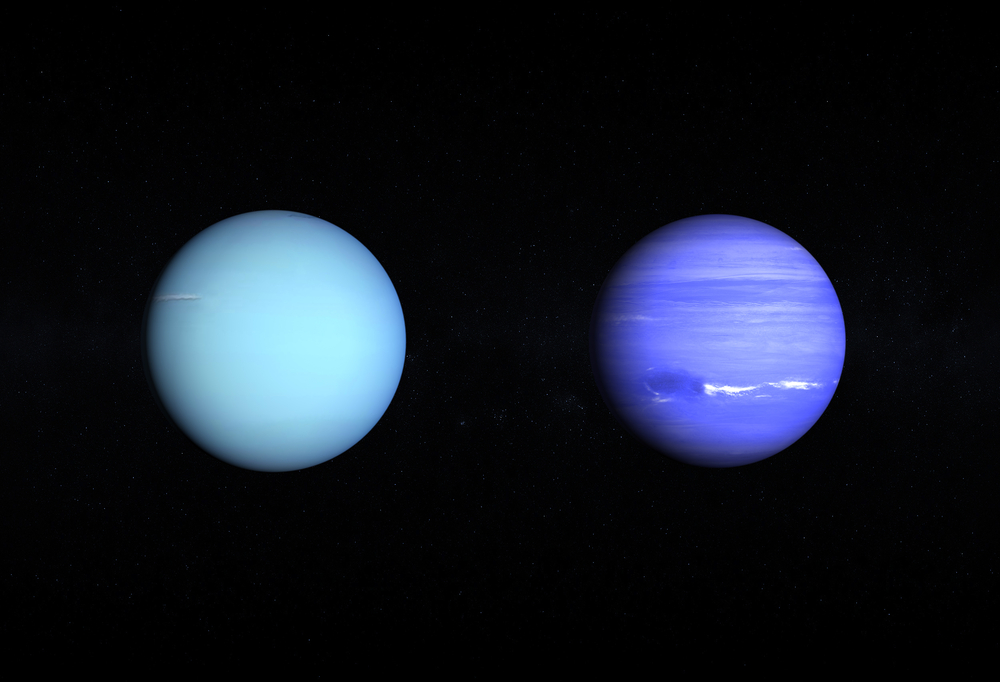 Uranus and Neptune are the ice giants. (Photo Credit : Tristan3D/Shutterstock)

How were the planets in our solar system born?

To understand why the rocky planets are closer to the Sun, we must go back to when the solar system was young and the planets were still being born.

A nebula, which is just a huge cosmic cloud of dust and gas, collapsed by its own gravity and gave birth to our Sun. However, not all the matter from the nebula was used to create the Sun. A lot of it (the part that was not close to the center) continued whirling around the newly formed Sun.

All the planets were born from this remainder of the nebula. The dust particles first got together to make the cores and then the gases surrounded these cores. It is believed that more than eight (the current number of planets in our solar system) planets might have formed during this chaotic time, but they all collided with each other and formed newer and bigger planets and cores.

What happened that made the rocky planets come closer to the Sun?

As mentioned earlier, the solar system in its youth was very chaotic (just like angsty teenagers). All the planets, and even our own Sun, were in exotic and excited states. There were many collisions and explosions and heat waves passing between them. All of these cataclysmic incidences changed the nature and order of our solar system in various ways.

Once upon a time, the rocky planets we see now also had huge gaseous layers around them, just like the gas giants and ice giants. However, during its angry young years, the Sun let out huge streams of energy and matter into the solar system. The rocky planets, being the closest to the Sun, took the full force of these streams. This made the gases of these planets part ways with them, leaving just the rocky part behind, which went on to become the terrestrial planets. 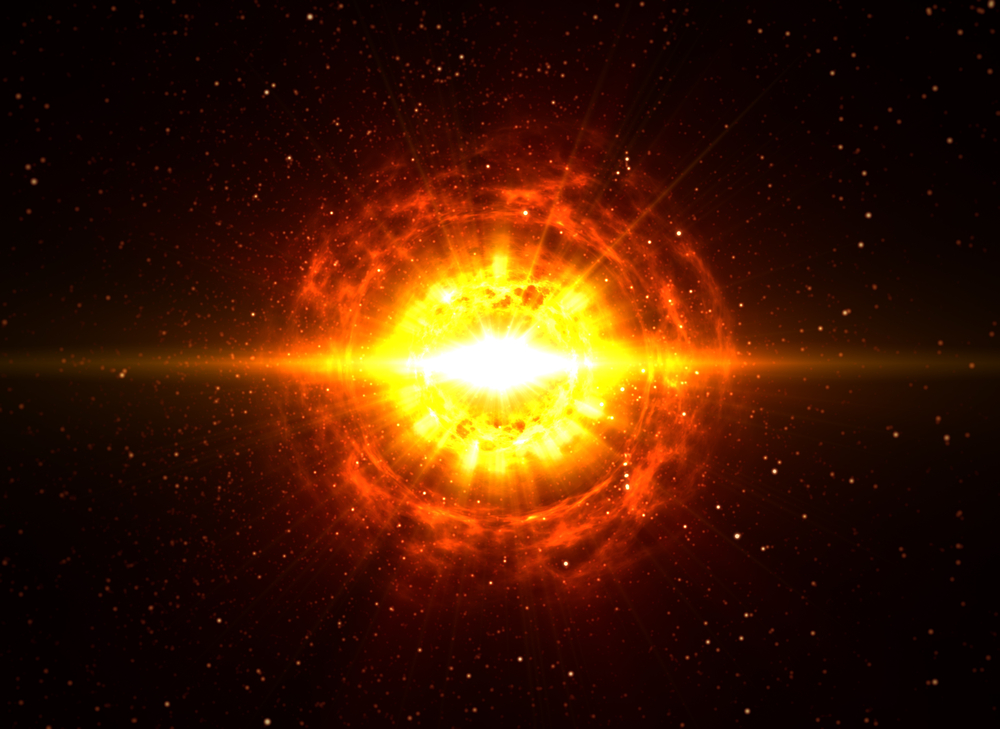 Huge streams of energy and matter blew away the gaseous layers of planets closer to the Sun. (Photo Credit : design4gaming.com/Shutterstock)

The remaining four planets were too far from the Sun to experience these streams, so they stayed relatively unaffected and formed the gas and ice giants of today.

Do all solar systems have rocky planets closer to their stars?

So is it a pattern that we see everywhere? Do other solar systems in other parts of the universe show the same trend of having the rocky planets closer to the star, while the massive gas giants are quite far away?

The answer is no.

Scientists have found many solar systems in which gaseous planets (many of which are even more massive than the gas giants of our solar system) are the ones closest to their stars.

The answer to the question of why the rocky planets are closer to the Sun lies in the past, in a time full of chaos for our solar system, where huge streams of energy and matter coming from the newly formed Sun blew away the gaseous layers of the planets closest to it, leaving them small and rocky. How lucky for us!

Life wouldn’t have been possible on Earth if it were a gaseous planet. (Photo Credit : lovelyday12/Shutterstock)