Because of the mass that Jupiter lacks, it cannot naturally become a star, even though it is very similar to the sun.

The universe is undeniably beautiful and filled with objects whose size transcends our comprehension. Even though we live on Earth and have seen so many pictures of it, there is no way for our minds to actually comprehend how huge our planet really is. 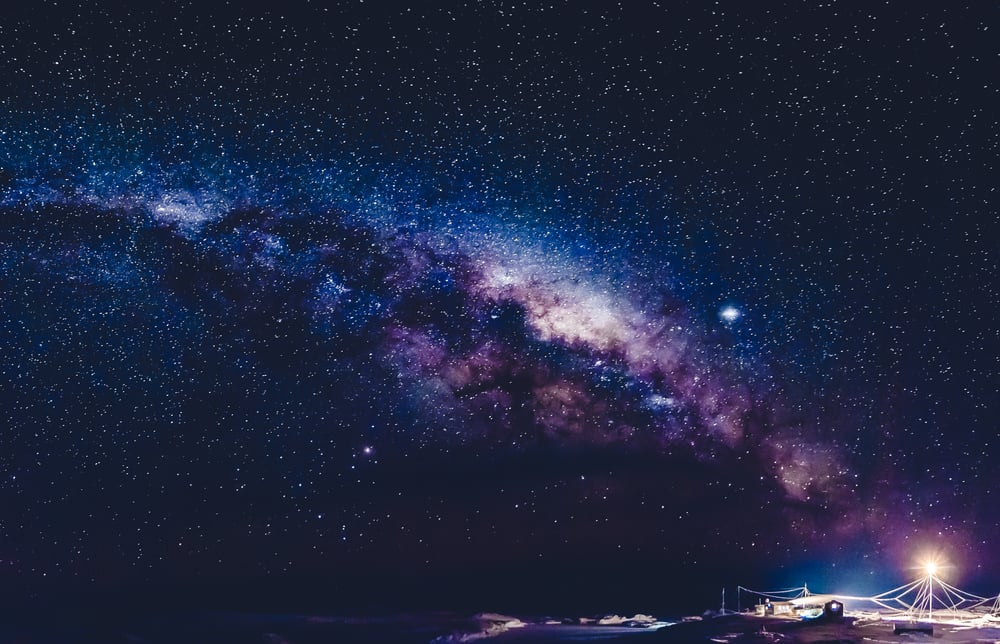 The universe is filled with objects that are unimaginably huge. (Photo Credit : Volodymyr Goinyk/Shutterstock)

But there are objects exponentially bigger than our little planet, most of which are stars. There are stars of all sizes, but most of them are way bigger than planets.

Our sun is more than one hundred times larger than any planet in our solar system. The Earth would appear as a small dot next to it.

However, there is one member of our solar family that very closely resembles our favorite fiery giant—Jupiter.

Jupiter is very similar to the sun in many ways, and it’s much much bigger than all of its sibling planets. Now, a question comes to mind, if Jupiter is so similar to the sun—a star—then why it isn’t a star itself? And even if it’s not, could it ever become a star?

What exactly is a Star?

In very simple words, a star is just a ball of hot gas that gives out light. The gas is mostly made of hydrogen and helium, and these gases are held together by gravity.

The light, heat, and energy of the star is produced in its core, where hydrogen atoms are fused to form helium atoms, a process known as nuclear fusion. This process gives out an immense amount of energy, which is why stars are so bright! 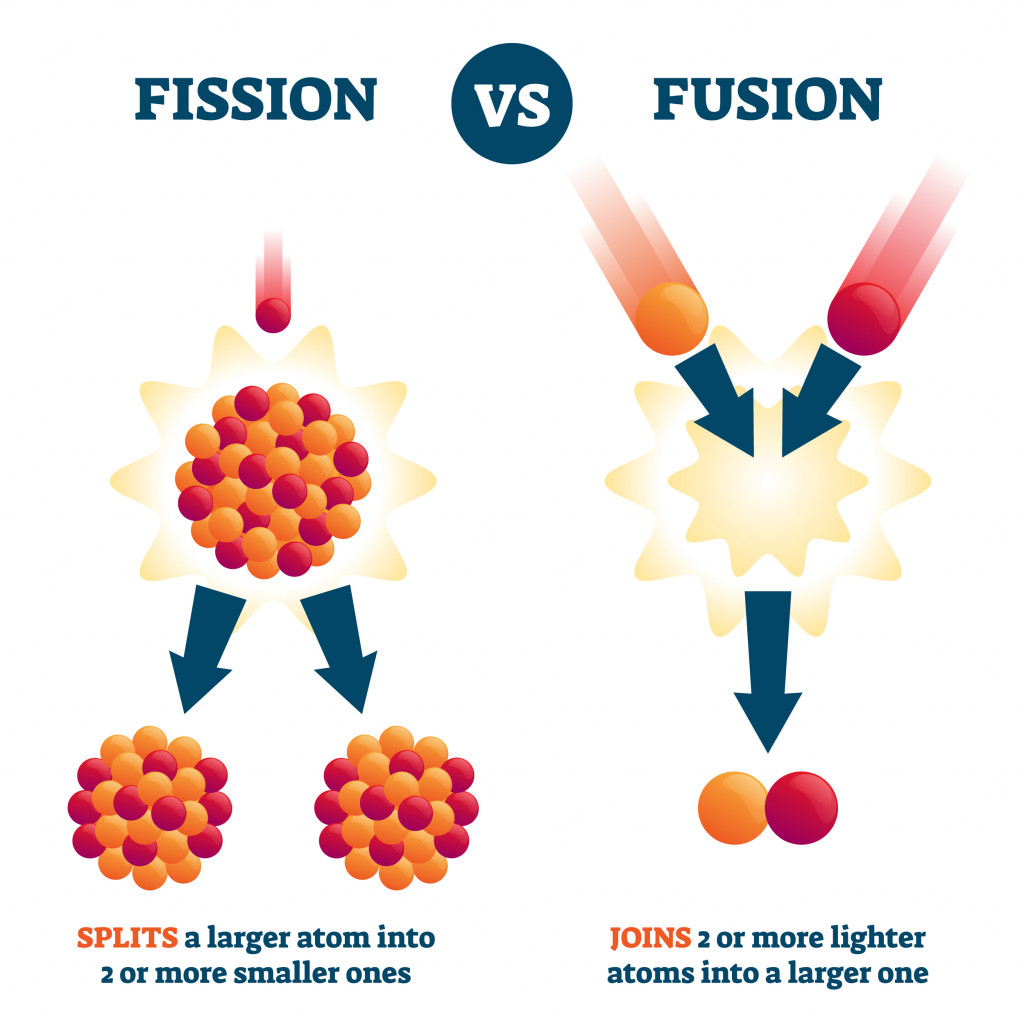 This energy-forming process is very important for the star and for the question posed by this article.

How is a star born?

It’s believed that stars are born from the matter found in interstellar clouds. These clouds are composed of gases and dust, and sometimes they are overcome by their own gravity. 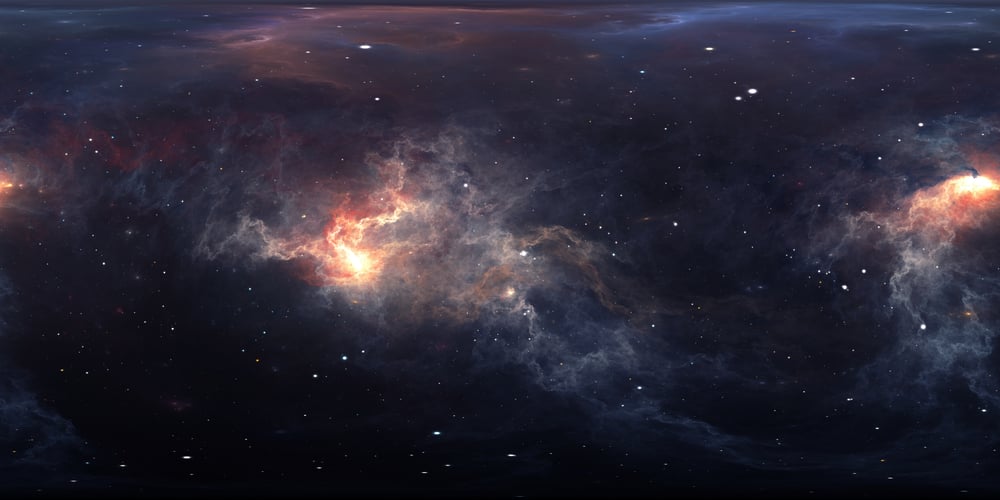 Interstellar clouds are made of gases and dust. (Photo Credit : Jurik Peter/Shutterstock)

When this happens, the matter from the cloud starts spinning very fast. As the matter keeps spinning, it accumulates more and more of the gases and other materials let out by the cloud and forms a small core with a spinning disc of interstellar cloud matter around it.

The core is made of gases and when there is enough mass of hydrogen to support nuclear fusion, the outer disc is thrown away, while the core remains and continues to exist in the form of a star.

What about a planet?

A planet is born from the matter that was present in the disc around the core. The small parts of this matter latch onto each other as they move around the newly formed star; eventually, they get big enough to turn into a planet.

How similar are the sun and Jupiter?

Jupiter is a gaseous planet. It does not have a firm surface like Earth. Similar to the sun (and most stars), it is made up of gases like hydrogen and helium. 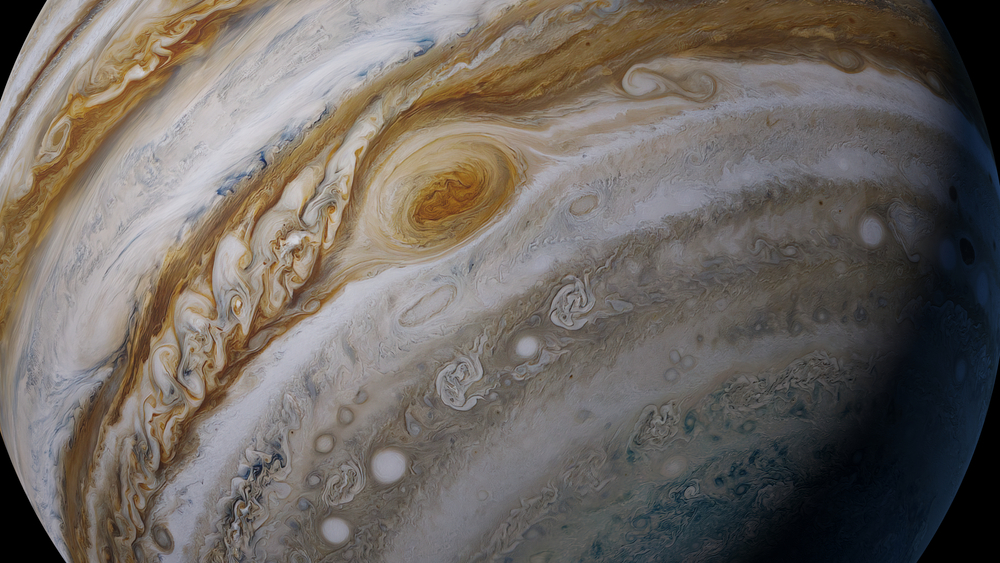 Jupiter is a gaseous planet that is very similar to the sun in composition. (Photo Credit : joshimerbin/Shutterstock)

The density of Jupiter is much closer to that of the sun at 1.33 gram per cubic centimeter.

Why is Jupiter not a star?

So, if Jupiter is so similar to the sun, and if it’s also pretty big (Jupiter is actually bigger than some stars in the universe. One such star is only about 600 ly away and is roughly the size of Saturn.), then what’s stopping it from becoming a star?

Remember when I told you that the energy formation process in the star is very important? That’s what’s stopping Jupiter from becoming a star. Jupiter simply doesn’t have enough mass to form a core that can commence the nuclear fusion reaction; without this reaction, it would not become a star.

So, even if it’s similar to our sun in almost all aspects, its inability to commence nuclear fusion reaction in its core holds it back from crossing the line between a planet and a star.

Could Jupiter ever become a star?

Naturally? Not very likely. Jupiter can’t gain that extra mass out of nowhere. There is no extra interstellar matter present in our solar system that the giant planet could suck up to increase its mass.

And even if there was some interstellar matter left after the formation of all the planets, it wouldn’t be enough. In order to become at least a brown dwarf (the tiniest star type, on the borderline between star and planet), it would still need to gain 13 times its own mass.

The big boy from our solar family is very similar to the sun and could have become a star if there was more matter for it to suck up during its formation process.

It can still become a star if it can find 13 more of its lookalikes and make them agree to form a little combinatory cult.

In all seriousness, the bottom line is that Jupiter is a gaseous planet with properties that are similar to a star, but its lack of mass holds it back from commencing the nuclear fusion process, which makes it a planet, and not a star. If there was at least 13 times more mass added to Jupiter, then it could become a star.

So, while Jupiter might never get the stardom it could have achieved, it will always be a star in our hearts!

Jupiter gets a star medal for being a very good boy! (Photo Credit : MoonRock/Shutterstock)