Depending on the circumstances of your death, you would be frozen, dried out, slowly rotting, or decomposing normally, in which case the rest of the crew would need to find a way to store or dispose of you.

Despite the fact that less that 550 people have ever gone into space, the idea of space travel seems to capture the imagination and interest of people around the world. What would life be like on Mars? Will we ever discover another form of life? What will the fate of our galaxy be? These and so many other questions lie unanswered, and new ones are appearing every day.

With the prospect of longer-term space travel on the horizon, more and more people are wondering… what happens if you die in space? Whether you die on a long journey, lose you grip during a spacewalk (a la Gravity), or simply take the plunge into the vacuum without a spacesuit… what would happen? Would your body decompose? Freeze? Explode?

Short Answer: Depending on the circumstances of your death, you would be frozen, dried out, slowly rotting, or decomposing normally, in which case the rest of the crew would need to find a way to store or dispose of you.

As you stare up at the stars each night, you may dream about living among them, but you probably wouldn’t want to die out there. To start with the most basic scenario of dying in space, let’s consider simply jettisoning out of a spacecraft without a spacesuit. First of all, you would have between 15 seconds and 2 minutes to live, during which time the water in your body would begin to swell, due to the lack of air pressure.

If you held your breath, the air in your lungs would expand, rupture your lungs, and kill you quite quickly. If you didn’t hold your breath, you could remain conscious for up to two minutes. Almost instantly, the cosmic radiation would begin to burn your skin. However, your death would most likely happen as a result of suffocation.

Now, a dead body on Earth would begin to decompose as the bacteria in the air and within the body began the long process of breaking down. However, in space, there is no oxidation, so decomposition cannot occur before the body either freezes (if you are not near a source of heat) or mummifies (all the moisture will be sucked out of your body). If your body was mummified, all biological processes would stop rather quickly, so there would be no further breakdown of your body. Both processes happen rapidly, but that frozen/mummified corpse could potentially sail through the cosmos for millions of years before encountering another object or force that acted on it. 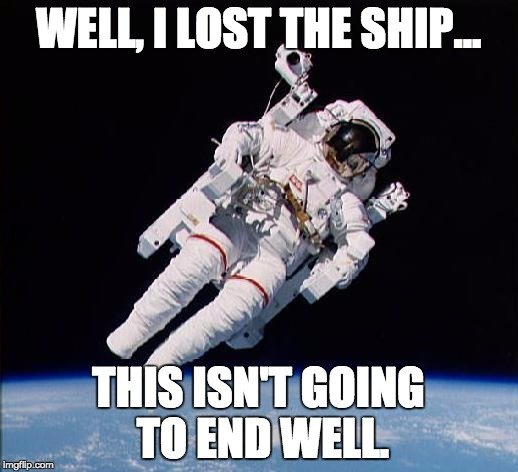 If you are in a spacesuit, however, the situation is quite a bit different. The suit will contain all the exhaled air from the astronaut (even oxygen, although not in the right composition to prevent suffocation), and provided there is enough heat, death in a spacesuit wouldn’t be that different from death on Earth. Regular decomposition, by the bacteria on and inside the body, would then occur, although the bacteria would quickly use up the remaining oxygen. At that point, anaerobic processes would take over, so bacterial respiration would switch to fermentation. However, the likelihood of there being a constant source of heat, to prevent the corpse from falling to near absolute zero, is rather small, unless the body was exposed to consistent solar radiation.

Floating around in a spacesuit as a slowly rotting corpse doesn’t sound ideal, but that wouldn’t be your long-term fate. Eventually, the radiation all around you would begin to break down the material of your spacesuit. The process may take years or even longer, but eventually, when the suit is compromised and the air pressure built up inside is released, the rapid expansion of air would cause a small explosion, destroying the suit and the already weakened, rotting body inside.

Dying En Route to the Future

Finally, for those who are eyeing Mars as their retirement spot, what would happen if someone died on a long space journey inside the ship?

Presently, anyone sent to the ISS (International Space Station) must be in impeccable physical health, and there has never been a death on the space station. However, with longer journeys through space inevitably coming in future decades, new issues are arising. The first concern if a death were to occur is the safety of the remaining crew. A decomposing body is a biohazard, and in the closed atmosphere of a spaceship, the gases, smell and potential pathogens that could be released during the decomposition process are unpleasant, if not downright deadly. 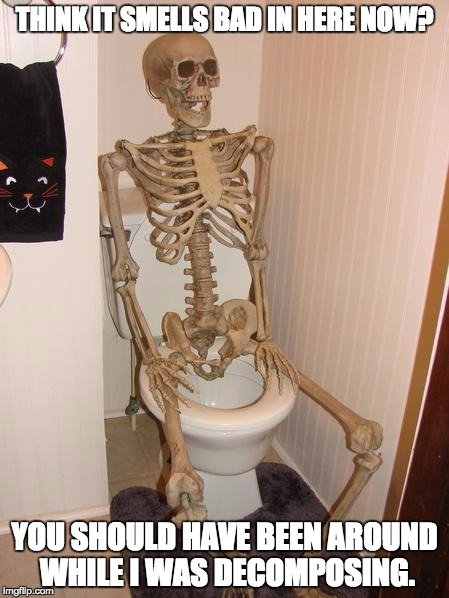 Although NASA does not have publicly released contingency plans for this sort of event, decisions regarding the handling of a dead body would be left with the station commander. The most logical solution would be to keep the corpse inside a pressurized spacesuit, which would not prevent decomposition, but it would limit the exposure to off-gassing. At that point, the body would likely be stored in the coldest area of the ship, much like the protocol in place for submarines (where deceased seamen are stored near the torpedoes, the coldest part of the submarine).

On the ISS, the body could also be stored in one of the airlocks, and potentially returned to Earth on the return journey of a re-supply shuttle. One of the more morbid options, of course, would be to jettison the body into space, as opposed to long-term storage. For longer journeys, due to the assumed “one-way” nature of those trips, returning the body to Earth wouldn’t be as logistically feasible. For example, if someone were to die on Mars, they would likely remain there. To ensure that they were completely free of Earth-based microbes – in order to protect the (relatively) virgin environment of the Red Planet – they would be cremated.

So what do we know? Given our new fascination with exploring further and deeper into the expanse of space, there is no doubt that people will die in the great void of the solar system. While it hasn’t happened yet, it’s only a matter of time, and each tragic death will have to be handled based on the particular details of the mission.