Initially, bodies will likely sink to the bottom of a body of water, but as they decompose, gases are released through the process, causing the corpse to rise back to the surface as a result of buoyancy.

Imagine that you’re going for a swim down at your local watering hole. The summer sun is shining and the weather is perfect for a dip in the lake. However, when you arrive, to your absolute horror, you find a dead body floating in the middle of the water!

Sounds like something right out of a crime drama. As terrifying as this would be, there are a few interesting observations there. First of which is… the corpse is floating. When your favorite TV detectives find a body in the bay, it always seems to be floating… but why? Why do dead bodies seem determined to naturally float?

Immediately after death, whether the cause is drowning or otherwise, a corpse will sink to the bottom. We don’t sink to the bottom when we’re alive because of the air in our lungs. Our body’s density is different from sea water (the case is different for freshwater), so it’s easier for someone to float, especially if that water is the Dead Sea!

When one drowns, the struggle usually knocks all the air from the lungs, allowing them to fill with water. This causes a drowned corpse to sink to the bottom. The cause of drowning isn’t water in the lungs, but the lack of oxygen, also known as asphyxiation.

If a corpse falls into the water face-first, it might remain floating for longer since the air in the lungs won’t have a chance to escape.

Immediately after death, the body will begin to decompose. It starts with pallor mortis, followed by algor mortis, rigor mortis and livor mortis. In these stages, due to oxygen depletion, cells begin to die and break down which results in a host of physical changes, such as change in pH, color of the skin, and rigidity of the body.

After these initial 4 stages, which occur in the first 24 to 48 hours post-mortem (after death), the body begins to undergo putrefaction. This is the stage where external decomposers begin to break down the body.

On and within our body reside millions of microorganisms, primarily bacteria. Some of these bacteria can cause disease, but most of them are harmless and even useful to us. The immune system keeps a check on these residents, preventing them from going rogue and infecting us, but without the immune system, many of these peaceful microorganisms begin to infect the body and consume it. This is when a corpse begins to putrefy—a series of physical, chemical and biological processes that will eventually fulfill the whole “ashes to ashes, dust to dust” destiny of all life.

As the bacteria (and even some fungi) eat away at the body’s tissue, their metabolic activity produces gases, such as carbon dioxide, ammonia and methane. As decomposition progresses, these gases will build up within the body, but this gas has nowhere to go, so the body will begin to bloat.

The bloating makes the corpse more buoyant, eventually causing the corpse to rise to the surface. The volume of the body will notably increase, but the person’s weight will not, thus making it easier for the body to float.

Most corpses are seen floating face-down, and there is actually a good reason for that. Since the gut and chest cavity have the most bacteria, the most bloating will occur there, and any floating back to the surface will be led by these buoyant areas of the body. Based on human anatomy, the limbs and head tend to fall/bend forward, rather than backward, so dead bodies in water seem to naturally orient themselves in the face-down position.

When the corpse does come back up, packed with gas and often bloated beyond recognition, the fresh gas buildup can be relieved. Now exposed to the air, the decomposition rate increases due to higher levels of oxygen in the air. Other decomposers, such as insects, also have access to the corpse, further increasing the rate of decomposition.  The corpse may rupture due to the air pressure inside, or the gas will simply escape in a more normal way.

It is difficult to determine how long it will take for a body to float to the surface and how long it will stay there. The type of water body, the seabed and the temperature are just a few factors that affect the decomposition rate and floating time of a corpse. A paper published in 2014 found that barnacles were a useful indicator to determine floating time. They also commented in their paper that floating time hasn’t been scientifically explored as broadly as many other taphonomic (the study of how life decays) elements.

Corpses Floating Can Be An Indicator Of Time Of Death

In criminal and forensic investigations, it’s crucial to know the estimated time of death or post-mortem interval (PMI). This helps investigators understand when a crime might have occurred, helping them in their investigation. It also helps explain the conditions the corpse might have been exposed to before or after death, which might serve as helpful clues.

Ecologists and marine biologists use several indicators when studying factors that could lead to the mortality of an aquatic animal and the role its decomposition plays in the aquatic food chain. This might also help them understand whether a disease or certain natural disasters might be responsible for the unusual death of any marine life.

Also Read: If You Die In Space, Does Your Body Decompose?

For paleontologists, decomposition and the resultant bloating can often be found in fossils. How an animal died and decomposed can offer many indications about its life experience on Earth. A fossil of the tetrapod (four-legged animals) Ichthyosaur was found with broken ribs and an embryo fossil beside it. Many paleontologists concluded that the Ichthyosaur had bloated and the forceful expulsion of gases caused the skeleton to disassemble, leading to the embryo being expelled.

Do you know why corpses float? 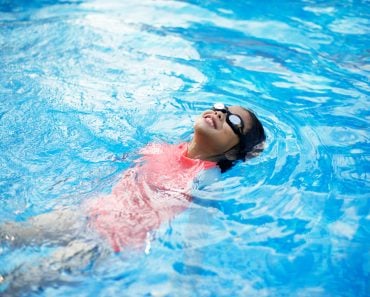 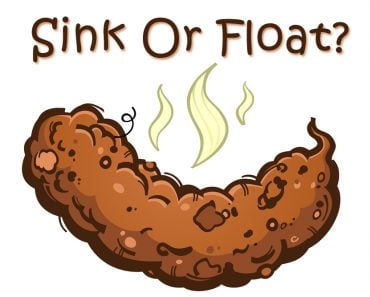