The buoyant force acts on our bodies when submerged, making us feel lighter.

Have you ever been completely submerged in a fluid? If you are someone who enjoys swimming, that answer should be obvious. Curiously, there are some who claim to have never had such experiences. They’re wrong… but we’ll get to that a bit later.

However, it is a common observation that objects feel lighter in water. If you’re unfamiliar with the feeling, immerse your hand in a pail of water and feel it for yourself. 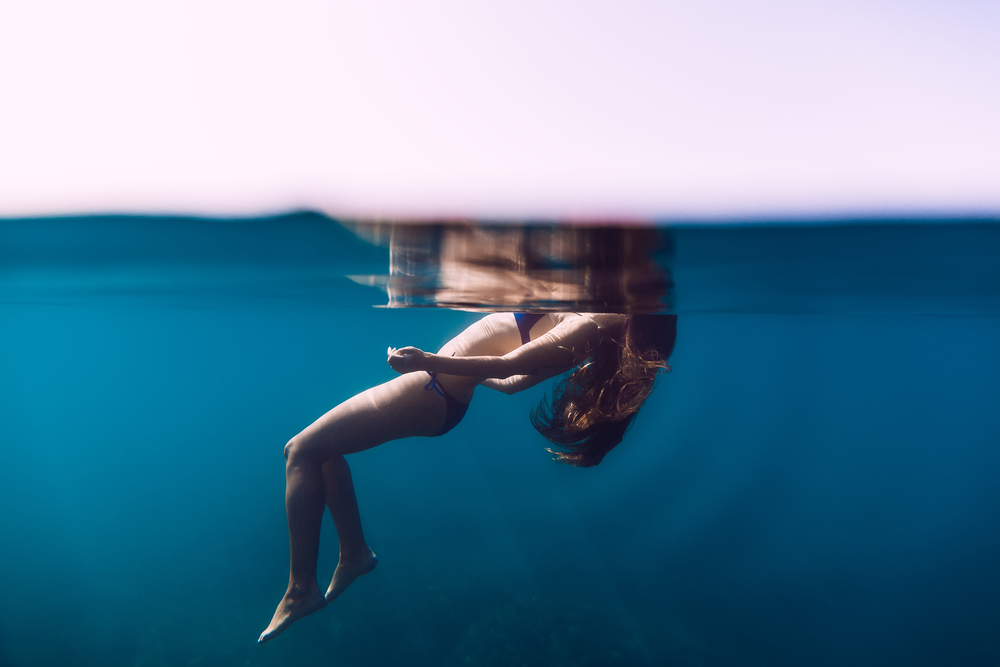 Why do we feel lighter in water? (Photo Credit : Wonderful Nature/Shutterstock)

What do you Mean by Weight?

Weight is not just the number on a scale; it is a measure of how strongly gravity attracts mass.

We’ve all seen films of people on the moon jumping high off the ground or effortlessly kicking large rocks. This clearly indicates that the value of weight can change, even when mass remains constant. Here, the value of the gravitational constant changes, so the body’s weight changes.

There is a force acting against gravity when a body is submerged in water, which is what makes us feel lighter. The buoyant force is this upward force that acts against gravity.

Regardless of how familiar you are with buoyant force, you may have heard the story of the scientist sprinting naked down the streets of Greece yelling, “Eureka!” At the center of the story is a scientific principle known as Archimedes’ principle.

The origins of Archimedes’ principle lie in the story of an ancient ruler who commissioned a golden crown from his goldsmith. The goldsmith made the crown, as his king ordered, but the king was suspicious about the purity of the gold used in the crown. There were no methods to verify such purity at the time.

Thus, the king tasked local scientist Archimedes with solving the problem without damaging the crown. 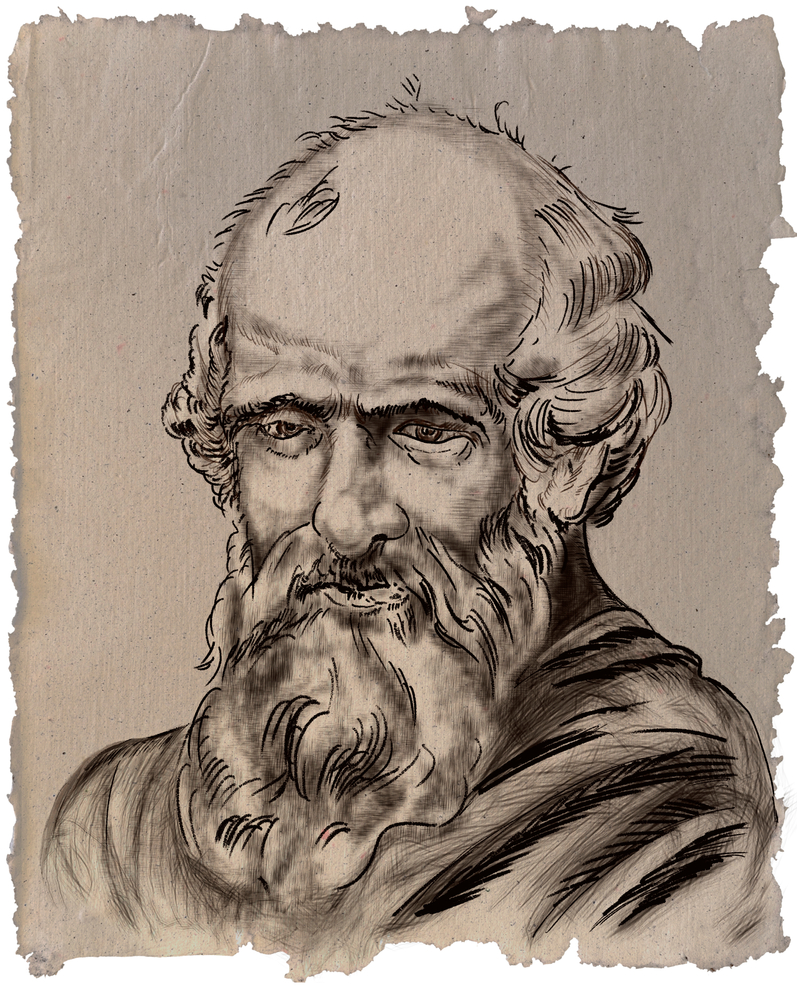 Archimedes decided to deliberate on the issue, but later, when he went to take a bath, he noticed that when he entered the tub, water spilled out. The amount of this water seemed to be proportional to his submerged volume.

The scientist figured that he could use this knowledge to compare the crown to an amount of gold of the same weight. Hence, he could find out if the gold was truly pure.

As the story goes, he was so overwhelmed by his own revelation that he raced naked through the streets to the king, screaming “Eureka!” We don’t know how factual that story is, but the principle still stands. 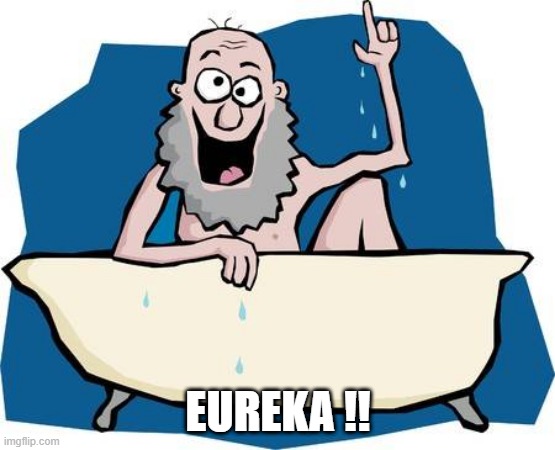 Archimedes’ principle states that the upward buoyant force exerted on a partially or fully submerged body is equal to the weight of the fluid displaced by the body. Mathematically, this is the product of density, the volume of the displaced fluid, and the value of the gravitational constant. 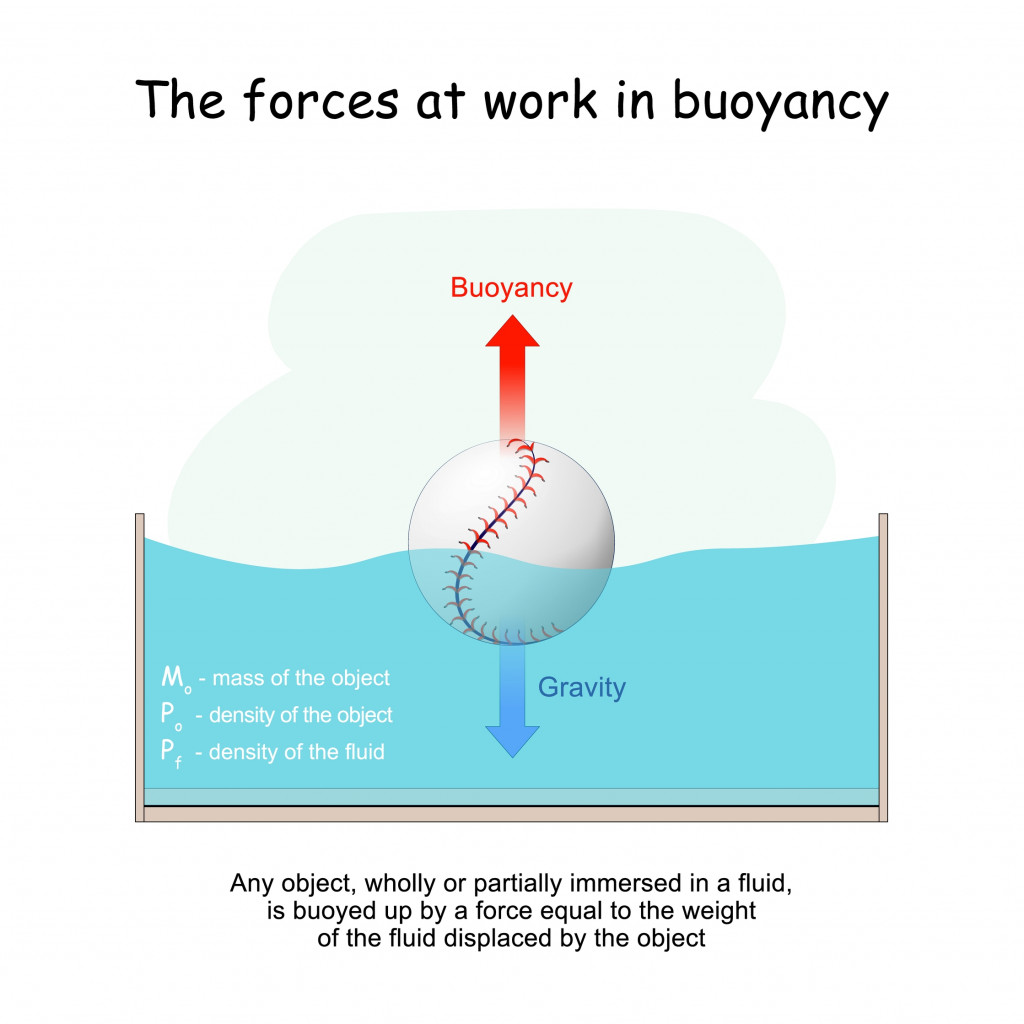 However, there is one more question remaining… why is there an upward force at all? What causes it?

Now, we have presented sufficient theorems, equations, and even bawdy stories to comprehend our original dilemma. When a body is submerged in a fluid, the buoyant force acts in the direction opposite to the weight. What we feel is the resultant of these two forces, which is buoyant force subtracted from the actual weight, equaling the apparent weight. 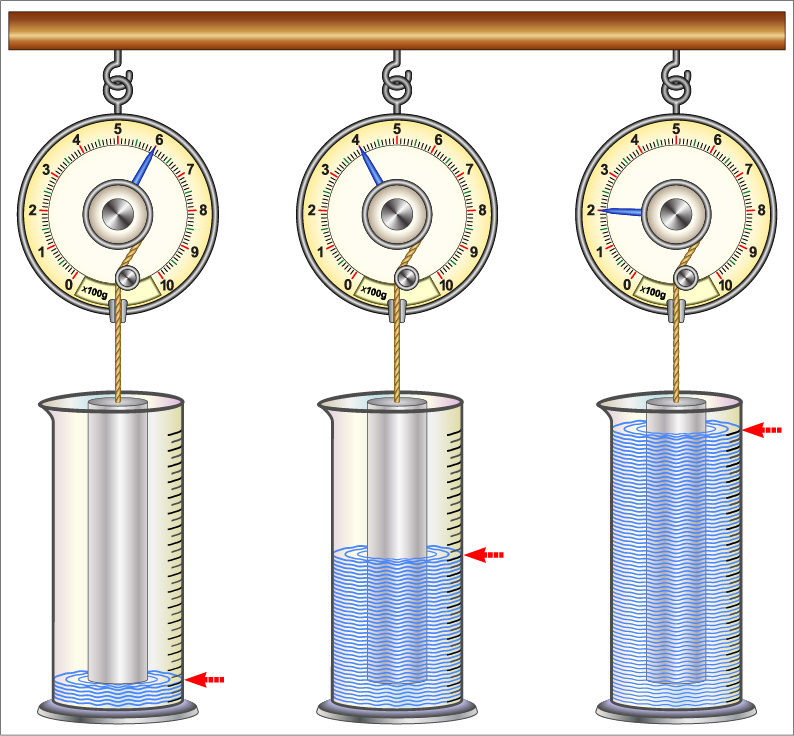 Apparent weight- the weight shown on the scale decreases as the object is submerged more. (Photo Credit : Fouad A. Saad/Shutterstock)

The concept of apparent weight gets even more interesting if you think of yourself as already drowned in an ocean of air—which is also a fluid. The weight you feel every minute is also apparent weight. Now you know the answer if anyone asks whether you’ve been completely submerged in a fluid.

Buoyancy is also the reason why things float on water. This is how we can get on boats and travel safely across the sea. 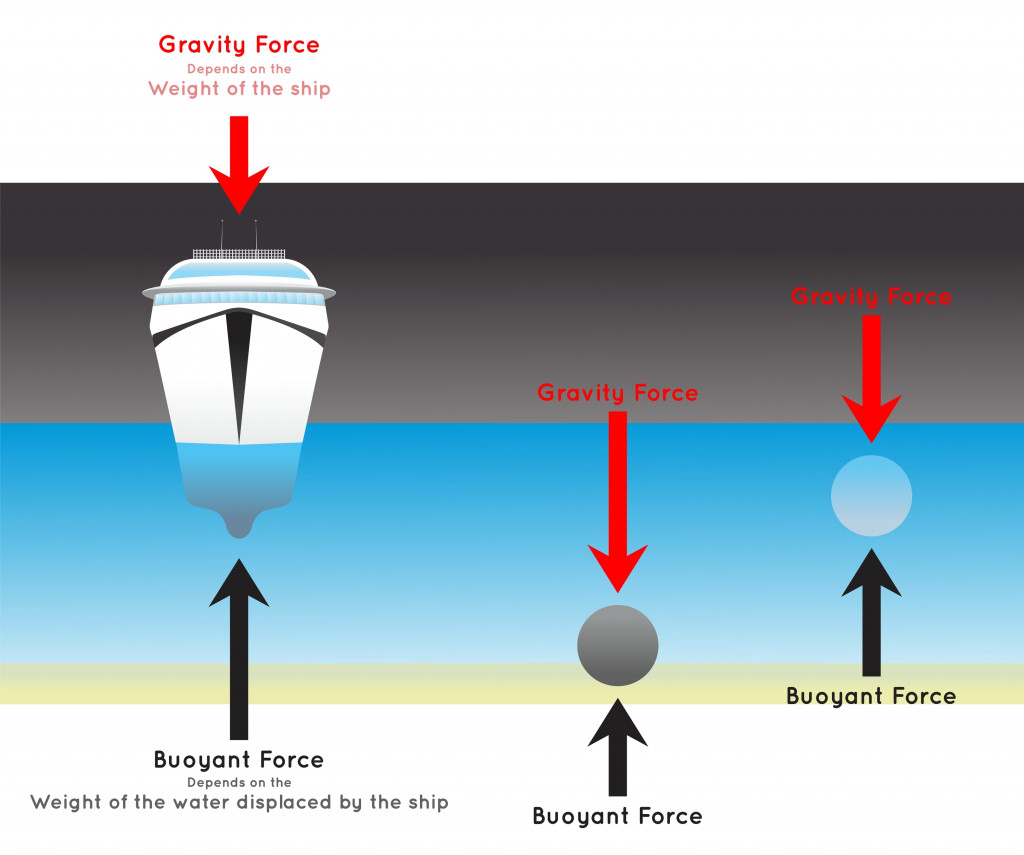 Another fascinating point to note is that buoyancy force varies with density. In fluids like mercury, things will behave even lighter than in water. You can also go for an eye-popping ride in a hot air balloon thanks to buoyant force. 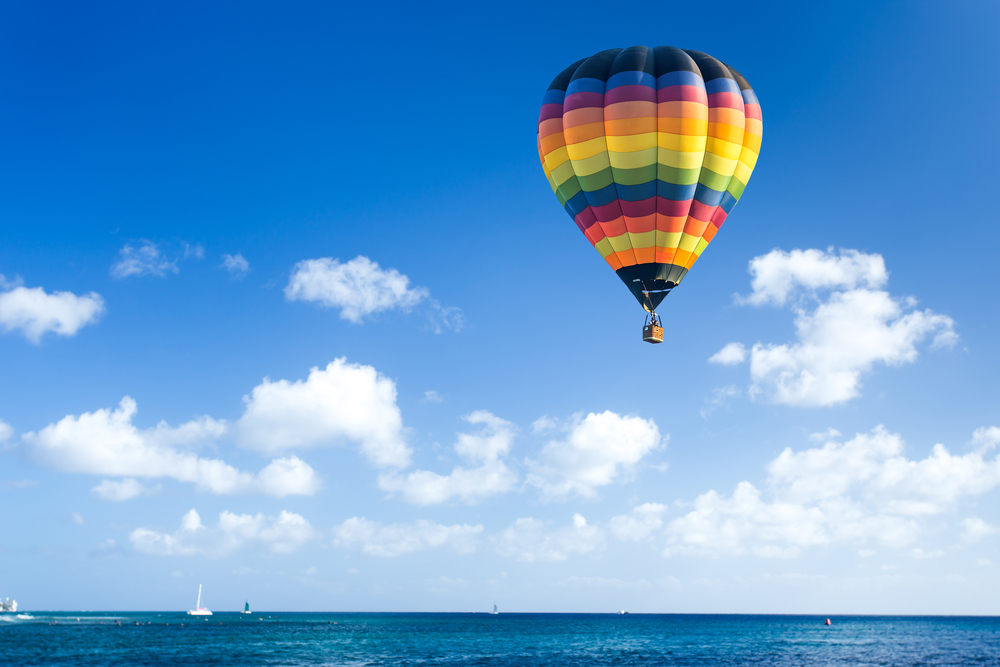 Try playing around with this interesting simulation that displays how different factors affect the buoyancy and apparent weight of a submerged body.

Even the tiniest observation, such as spilling water after dipping something into it, might lead to significant conclusions. You might have been taking a leisurely dip in the pool when a question occurred in your mind that brought you to this article. And here you discovered that you feel lighter in water because of buoyancy and your apparent weight.

You can also take another lesson away from this. If you discover something while bathing, try to remember to put on some clothes before running to tell your friends, lest your embarrassment be forever etched in history!