From giant icebergs to tiny cubes, ice – the frozen form of water – always floats on its liquid form. Isn’t that weird?

We’re not the only ones who think it’s unusual; the entire world finds it rather surprising that a solid should float on its liquid form. Do a quick Google search and you’ll find dozens of pages discussing this queer tendency of ice.

As it turns out, like everything else, there is a scientific reason behind this phenomenon. But first off, let’s be clear about what makes stuff sink or float.

The singular rule of thumb, when it comes to the ability of an object to float in water (or any other liquid), concerns the density of the object in question. Have you ever heard of Archimedes’ Principle?

It’s common knowledge that solid objects have more density than their liquid counterparts. Chemically, this makes sense too. Molecules are more closely bound with one another in a well-defined manner in a solid, which makes them rigid and gives them more weight. All common substances that we see and observe in daily life follow this basic principle: solid objects are denser and have more weight than liquids.

Given that, why does ice – which is a solid – float on water? Shouldn’t it sink, as a solid, and according to general convention, also have more density?

Water is a wonderful liquid, and full of unusual behaviors and chemical structures, which is why it presents an interesting exception to the general behavior of solids floating over their liquid forms.

If you keep cooling a liquid, its density continues to increase until it becomes solid, where it attains maximum density. However, in the case of water, this trend is slightly different, which is the root cause of this whole discussion.

Water’s density increases as you continue to cool it; but opposed to other liquids, which have their highest density when they freeze, water achieves maximum density when its temperature reaches 4 degrees Celsius (39.2 Degrees Fahrenheit). 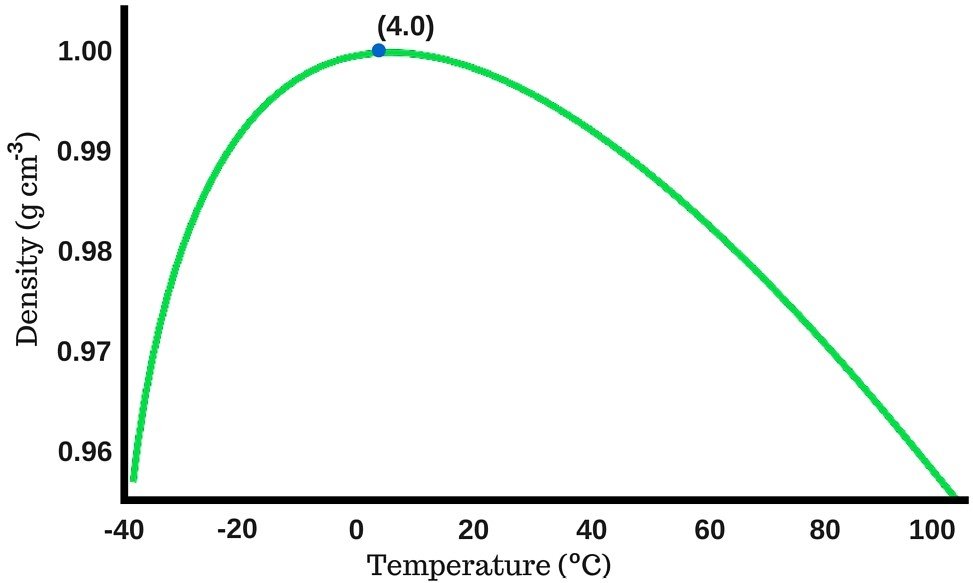 A graph showing how density varies with changing temperature

If you continue to cool water past 4 degrees Celsius, its density starts to plummet (you can see this in the graph). At zero degrees, i.e., the temperature at which water turns into ice, the density of water is actually quite low.

But why is the density of ice less than water?

To answer that, you’ll have to look at the chemical structure of water. 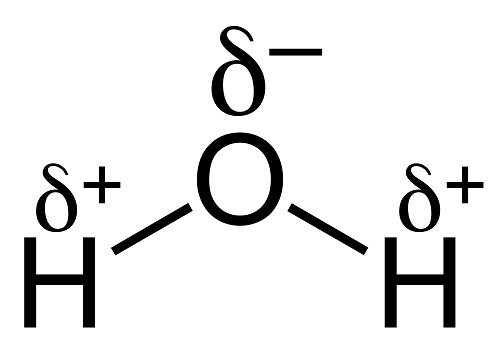 When a liquid is cooled, more and more molecules are brought closer together and need to be accommodated in a smaller area. This gives most solids more density than their liquid form. However, in the case of water, the negatively-charged oxygen atoms repel each other (when brought together in a smaller space) to prevent the ice from becoming any denser. This is the reason that density actually decreases as temperature continues to fall below 4 degrees Celsius.