Water boils when the energy from the heat is great enough to break the hydrogen bonds between the water molecules. The gas that is released from the boiling water is made up of oxygen and carbon dioxide.

If you’ve ever boiled water, you will have noticed that as water heats up, very tiny bubbles are formed that rise from the bottom to the top. Initially, the bubbles are few and far between, but as the water becomes hotter, more bubbles of larger sizes start to form. Increasing the heat further results in even larger bubbles that form quite frequently and rise immediately to the top. This escalation reaches a peak when water starts to boil.

But why does boiling water make bubbles?

The answer to that has to do with the chemistry of water itself. More specifically, it has to do with all the dissolved substances in water, as well as the nature of bonding between water molecules.

Each molecule of water is composed of two hydrogen (H) atoms and one oxygen (O) atom. Both the H atoms are covalently bonded to the sole O atom. Every element in nature strives to reach a state of the lowest possible energy. This state is achieved by losing or gaining electrons to reach the nearest noble gas configuration. 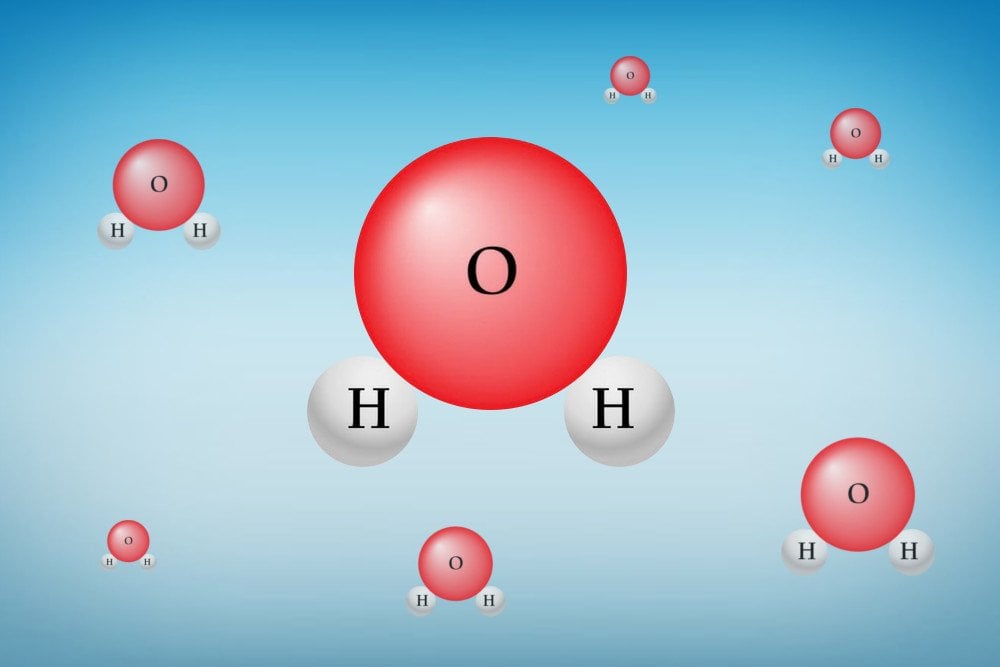 Illustration of a water molecule

Both the H atoms share an electron each with O, while O shares two electrons, one for each H. This is a covalent bond. Oxygen has a strong tendency to attract shared electrons towards itself, due to a property called electronegativity. Thus, electrons spend more time near the O atom than the H atom, resulting in a partial negative charge on O and a partial positive charge on H. 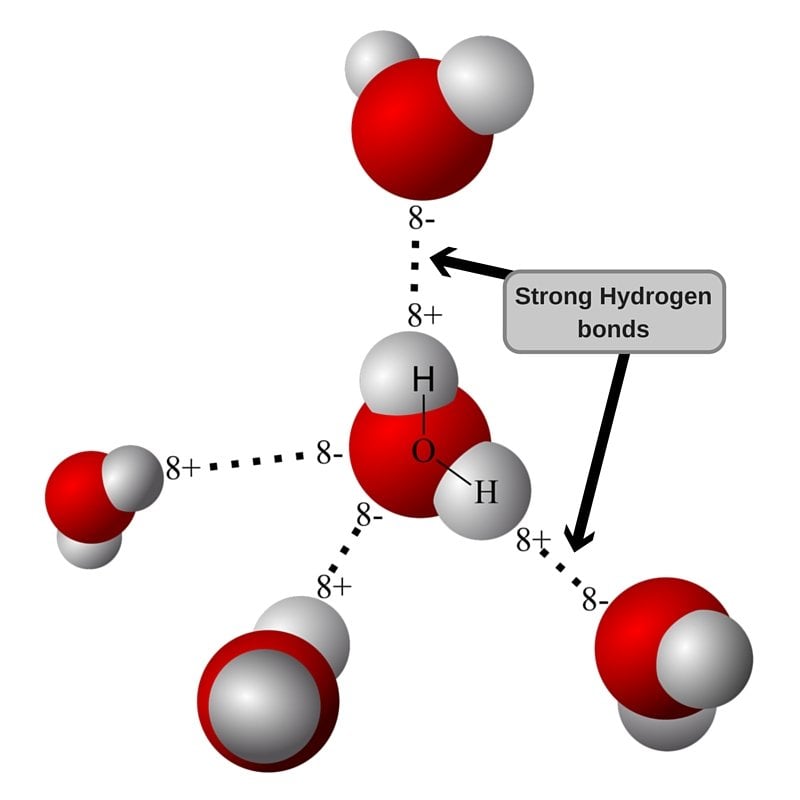 There are two ways that gases can dissolve in water: van der Waals bonding and Hydrogen Bonding.

Heteronuclear molecules (i.e., having atoms from different elements), like NH3 or CO2, have an electronegativity difference between the atoms. N and O are more electronegative than H and C, respectively. Thus, N and O remain partially negative and H and C become partially positive. This leads to the partial polarization of NH3 and CO2 molecules.

Homonuclear molecules (i.e., having atoms of the same element), like O2 and N2, are non-polar and are sparingly soluble (very low solubility) in water. Weak van der Waals forces of attraction hold these gases with water molecules. These are much weaker than dipole-dipole interactions.

The solubility of gases in water decreases as the temperature increases.

The Sequence of Events When Water Boils

Let’s take liquid water at room temperature (25oC). At this temperature, the solubility of O2 is 8.27 mg/L and that of CO2 is 1.5 g/L. As the temperature increases, molecules of gas and water gain more kinetic energy. This energy makes it easier for all the molecules to overcome the intermolecular attraction. At 50oC, the solubility of O2 decreases to 2.75 mg/L and that of CO2 to 0.75 g/L. This decrease in solubility means that the gaseous molecules can overcome the weak intermolecular attractions. Since gas molecules have densities lower than that of water, they rise to the top as bubbles. Homonuclear molecules like N2 and O2 bubble out at lower temperatures because of the weak van der Waals forces. Increasing the temperature further results in the bubbling out of polar molecules like CO2 and NH3, which are held by dipole-dipole interactions. This bubbling continues until the boiling point of water is reached. The heating of water is not completely uniform, meaning that there are regions of higher and lower temperatures. At temperatures above 90oC, some water molecules near the bottom gain enough energy to transition to the vapor phase. Regions of gaseous water are formed, which are indicated by huge bubbles rising up from the bottom. Also, due to the vigorous motion of molecules, convective heating raises the temperature further. At 100oC, almost all the water molecules have sufficient kinetic energy to transition to the vapor phase and bubbles of water vapor will begin to rise up rapidly!