Tap water contains atmospheric gases, such as nitrogen and oxygen, dissolved in it. As the glass filled with water sits out for a few hours, its temperature rises slightly (water gets warmer), which causes the dissolved gases in it to come out of the water and form bubbles along the inside of the glass.

Fill a glass with water (at or below room temperature) and leave it undisturbed for a few hours (you can do this using tap water). You will eventually notice that tiny bubbles begin to appear along the side of the glass (on the inside). 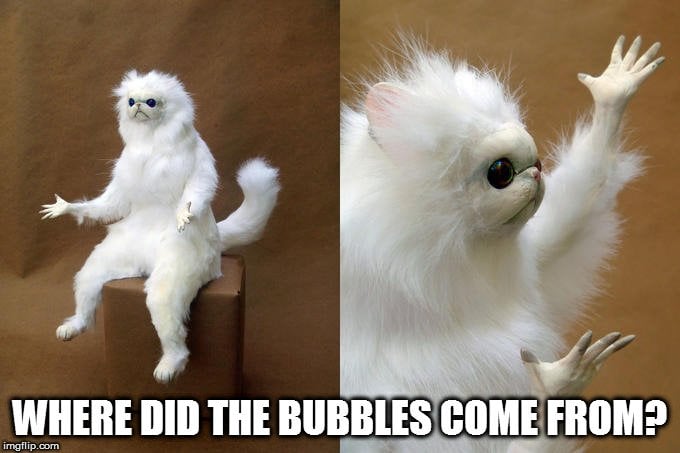 Solubility of gases in water

The water that comes from taps passes through pipes before reaching large storage tanks. Therefore, the water in the pipes is under higher pressure than normal and is also cooler.

These two conditions are ideal for dissolving certain gases that are abundant in our atmosphere, such as nitrogen and oxygen.

Gases are more soluble in water at colder temperatures

Gases are generally more soluble in water at a lower temperature. In other words, the solubility of gases in water decreases as the water temperature rises.

The graph below should help to visualize how the solubility of gases varies with changing temperature. 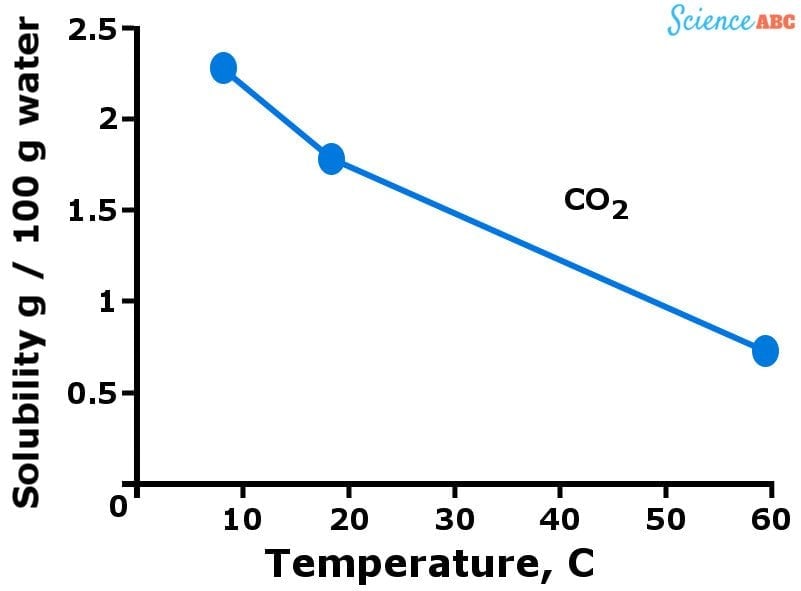 The downward trend of gases’ solubility with increasing temperature is quite similar to how vapor pressure increases with temperature. You see, more gas molecules are dissolved in water when it’s cold. However, when water starts getting warmer (i.e., the temperature rises), the kinetic energy of gas molecules also increases. This allows those molecules to move more freely and break the intermolecular bonds that hold them together, thus escaping from the solution. That’s why the solubility of gases decreases as temperature rises.

Danger to aquatic life due to changing water temperatures

The temperature dependence of gases’ solubility in water directly impacts the lives of aquatic organisms. As you see, aquatic organisms like fish need oxygen for survival, and they get it from the water they live in by absorbing the dissolved oxygen in the water through their gills. As oxygen is more soluble in colder waters, the temperature mustn’t rise above a certain limit. But that is precisely what is happening these days, largely because of human activity. Power plants, for example, discharge huge amounts of hot water into large bodies of water, which then raise the water temperature and drastically affect aquatic life, which is a very undesirable result of such temperature dependence on gas solubility.

The solubility of gases in water increases with increasing pressure

Although liquids and solids exhibit practically no solubility change with a changing pressure of water, gases do. It has been observed that gases are more soluble in water at higher pressures. Carbonated drinks are excellent examples of this phenomenon.

The effects of changing the pressure of water on the solubility of gases can be explained by one of the gas laws known as Henry’s law. It states that “the amount of dissolved gas is proportional to its partial pressure in the gas phase.” The simplest way to explain this dependence is that as pressure increases, gas molecules are forced into the solution to relieve the applied pressure. The following image should help to visualize this better: 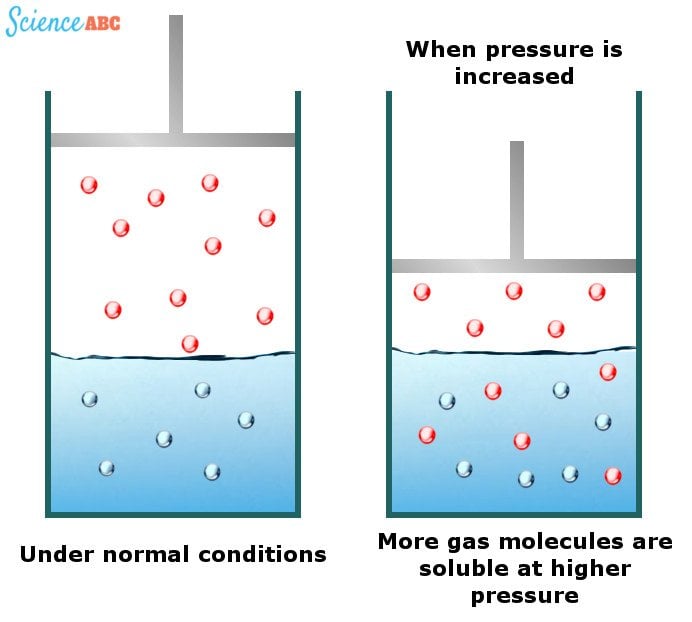 Why bubbles form in a glass full of water overnight

Due to the two physical phenomena described above, tap water becomes a good candidate, if not ideal, for holding dissolved atmospheric gases. However, when this water is poured into a glass and left at room temperature for a few hours, the atmospheric pressure begins to drop as its temperature begins to rise. 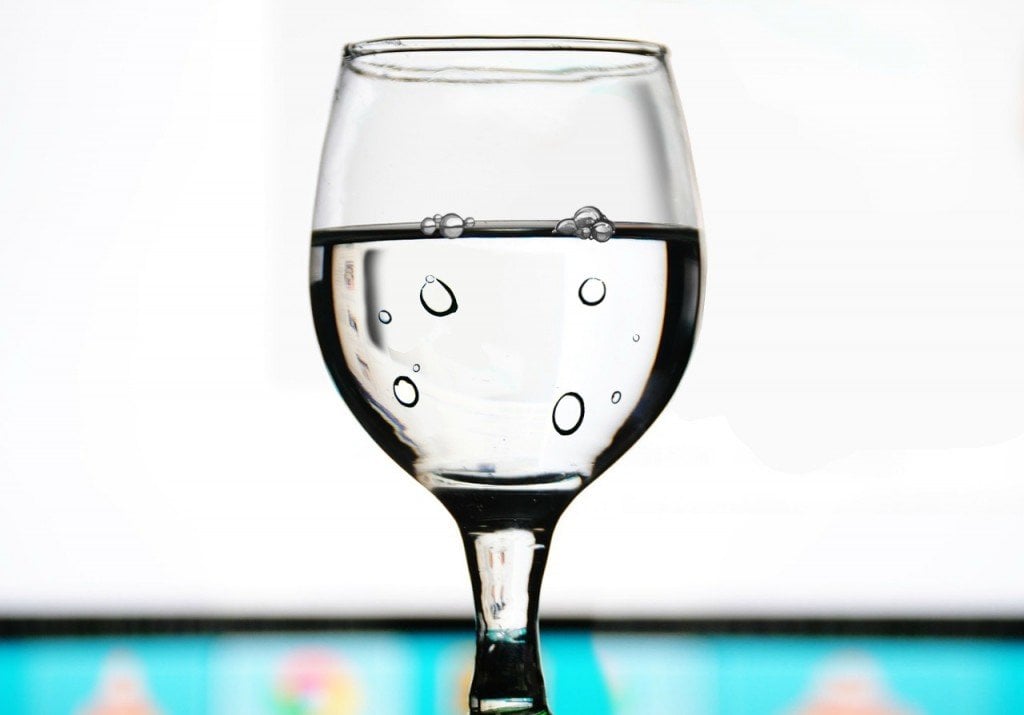 As a result, the dissolved gases in the water escape from the solution and form bubbles in the rough areas inside the glass. As the temperature does not change so quickly, it takes a few hours for the bubbles to appear on the glass.

How much do you know about how bubbles form in a glass of water?