Carbon dioxide is highly soluble in water; in fact, it’s the most soluble of the common, non-toxic gases with high solubility. Carbon dioxide does a great job preserving drinks for a long, long time

You may already know that soft drinks and certain other cold beverages (e.g., beer) have a certain amount of gaseous carbon dioxide mixed inside of them. That’s actually the reason why these bottles fizz when you shake them vigorously, as well as why champagne and wine bottles open with a popping sound.

Cold drinks and various other beverages have a certain amount of carbon dioxide gas dissolved in them. When the gaseous carbon dioxide comes in contact with water, it undergoes a chemical reaction to produce aqueous carbonic acid.

It is the carbonic acid that imparts the acidic flavor and a sweet sensation in your mouth. Without it, almost every soft drink tastes too bland – or ‘flat’ – as many call it.

However, what’s so special about carbon dioxide that it’s used in these cold drinks? Why don’t manufacturers use some other gas?

Why is carbon dioxide used in cold drinks?

There are many reasons why carbon dioxide is the top choice as an additive in cold beverages. Let’s take a look at a few of them:

This is one of the most important factors when it comes to mixing any gas with a liquid. Carbon dioxide is highly soluble in water; in fact, it’s the most soluble of the common, non-toxic gases with high solubility. Consider this… around 1.5 liters of carbon dioxide can be dissolved in 1 liter of water at normal atmospheric pressure. Other common gases either don’t mix as well with water (e.g., helium, hydrogen), and if they do, they’re usually toxic (e.g., hydrogen sulfide, ammonia, sulphur dioxide). However, there are certain drinks that DO use other gases, but such drinks are usually more expensive and less commonly consumed by the general public.

The reason carbon dioxide dissolves so well in water is that it reacts and forms carbonic acid, which is the primary cause behind the ‘fizz’ of cold drinks and so many other beverages. This fizz doesn’t just look cool, but also tastes good and has an oddly pleasant sound. 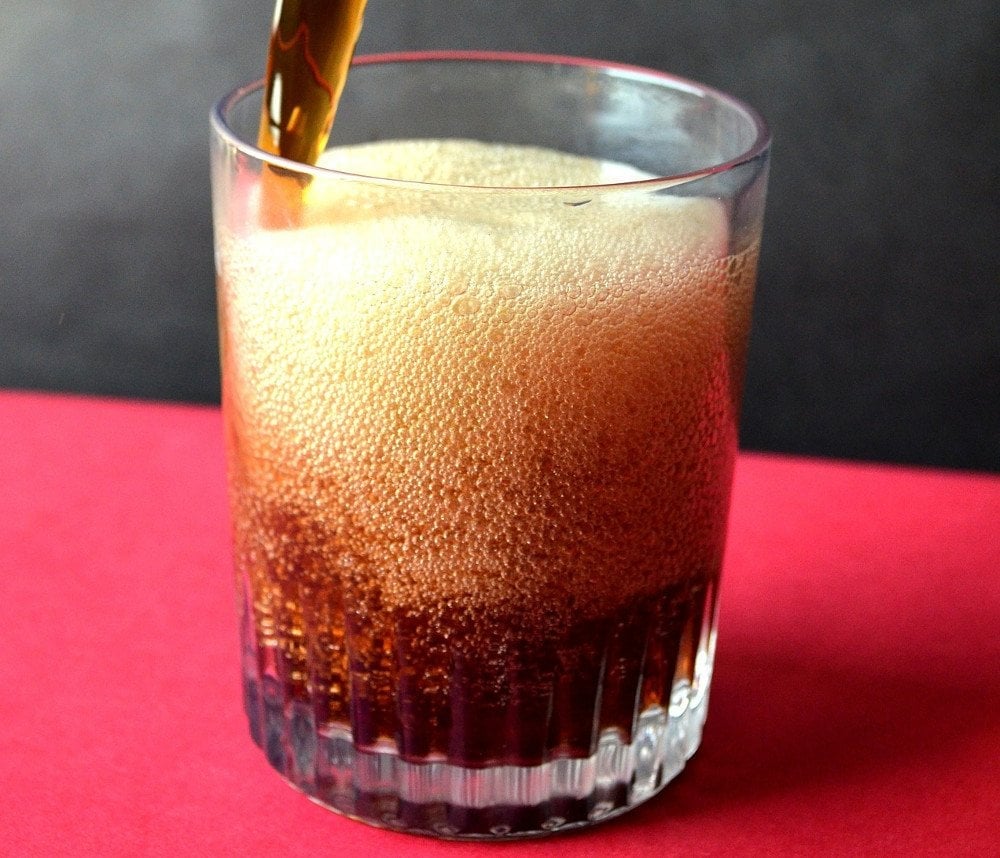 The fizz of a cold drink makes it more aesthetically appealing, at least to some people. (Photo Credit: Pxhere)

In short, carbon dioxide is incredibly stable when mixed with other water, unlike many other gases. It leads to the formation of carbonic acid (which is desired), unlike some other gases that would result in some nasty byproducts when mixed with cold beverages.

As mentioned earlier, there are a few of other gases that could serve as an alternative to carbon dioxide gas, but they’re usually a bit too expensive for a casual drinker. Furthermore, carbon dioxide is readily available, so that also helps to bring down the cost.

Oxygen is more abundant than carbon dioxide in the atmosphere, so one may wonder if it makes more sense to use oxygen in cold drinks instead of carbon dioxide.

Sure, you could oxygen instead of carbon dioxide, provided you’re okay with all your drinks becoming undrinkable. Oxygen causes food and beverages to spoil, so you can’t use oxygen as an additive. On the other hand, carbon dioxide does a great job preserving drinks for a long, long time.

Methane could also be used in place of carbon dioxide in cold drinks, but it wouldn’t be as safe as the latter (given that methane is flammable). Plus, you wouldn’t want your drink to be poisonous, so, a few other gases (e.g., chlorine) are also ruled out). Furthermore, you could also consider the long-term environmental impacts of mixing a particular gas in cold drinks on an industrial scale.

In a nutshell, there are some other alternatives to carbon dioxide gas that could be used in beverages, but none of them are as safe, stable, commonly available, delicious or cheap. That’s why manufacturers stick to using carbon dioxide for industrial-scale production.

How much do you know about carbonated drinks?