Beer makes you burp for the same reason that all fizzy beverages do: they contain an excess of gas, specifically carbon dioxide. Beer is carbonated while being brewed, which is what inflates the tiny bubbles in the brew and produces the sharp, fizzy sensation on our tongue.

If there’s one time and place where an unexpectedly boisterous burp isn’t met with an embarrassed grimace, it’s at the bar, drinking a few beers with your friends!

The burping gets even worse when later, at some vague and forgotten hour, you chug another pint while your “friends” cheer you on. However, have you ever wondered what causes this belching phenomenon?

Why do we burp?

Let’s be honest… a burp is only inconvenient to other people. Personally, it can be quite liberating and satisfying. We’ve all taken some pleasure in burping, more formally called belching or “eructation”. This slightly indecorous behavior is a natural repercussion of something that we must do to survive—eat! While eating, we don’t just swallow food and drink, but also a certain volume of air. One swallows even more air when eating rapidly, or when talking while eating. The air accumulates in the stomach, causing the stomach to expand and resulting in discomfort. Air has no business being in our stomach, and the gastrointestinal system desperately wants to get rid of it. The gas in the stomach rumbles, creating an unpleasant noise called Borborygmus.  The stretched stomach from the gas sets off a reflex. First, the lower esophageal sphincter (LES) relaxes, allowing the gas to travel up the esophagus. This is a muscle located at the junction of the esophagus and the stomach; it is responsible for keeping food and gas within the stomach, and normally remains contracted. The air now reaches the top of the esophagus, causing it to stretch. The stretching of the upper esophagus begins a second reflex, which relaxes the upper esophageal sphincter (UES). This sphincter separates the throat from the esophagus. What exits the mouth is the gas and a distinctive, croaky sound—a burp, or what a doctor would call a gastric belch. In some cases, air remains in the esophagus and can be distracting or annoying if one is not able to burp it out. Humans aren’t the only animals that burp. Many animals, especially ruminants like cows, are expert belchers. Their guts are the perfect fermentation chamber, creating lots of gas (about 30 to 50 liters per hour), such as methane and carbon dioxide through the process of digestion. It is imperative for these animals to burp out the gas. Unfortunately, this is also why cattle aren’t great for the environment. 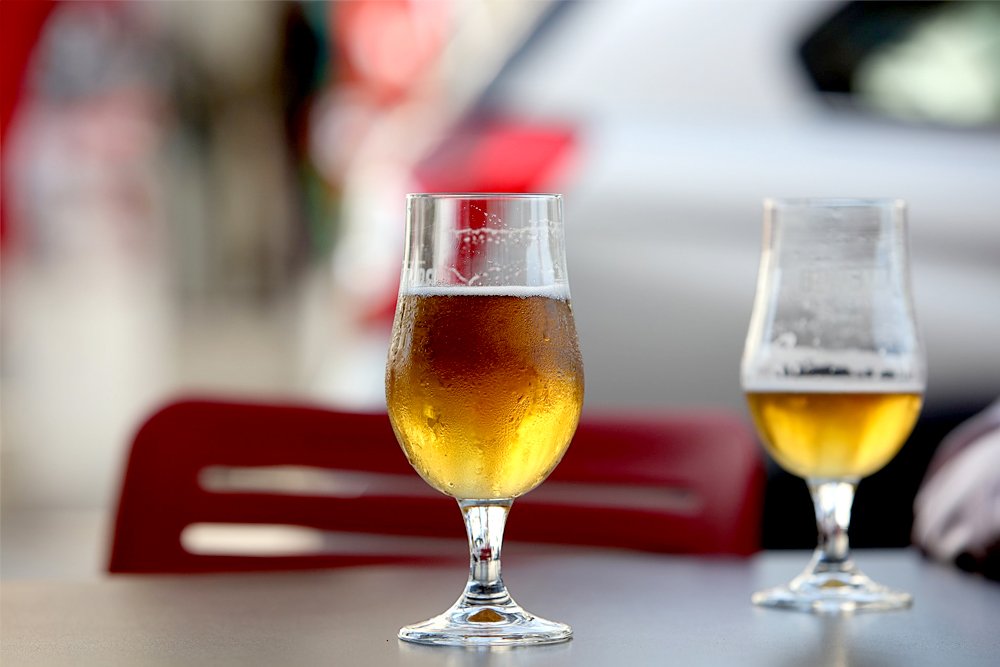 Beers, like other carbonated drinks, have carbon dioxide gas in it. This gas accumulates in the stomach, eventually leading to a burp!

Why does beer make you burp?

Beer makes you burp for the same reason that any fizzy beverages do: they contain an excess of gas, specifically carbon dioxide. Beer is carbonated while being brewed, which is what inflates the tiny bubbles in the brew and produces the sharp, fizzy sensation on our tongue. Now, if burping intensifies when we swallow quickly, imagine the magnitude by which it worsens when we swallow a substance that already has a surplus of gas! This is why people, particularly those with sensitive stomachs, are recommended not to “chug” beers or drink them too quickly, despite how badly you want to win a pint race. For some people, drinking beer might instigate gastroesophageal reflux disease (GRED), which occurs when stomach contents are pushed upwards into the esophagus. Burping is a symptom of GRED, and is sometimes the only symptom, while at other times it may also be accompanied by heartburn and some difficulty in swallowing food.

How to stop burping

To avoid this common embarrassment, the obvious solution is to avoid drinking beer or any carbonated drinks. However, let’s not deny ourselves the occasional brew or soda. Fortunately, there are a few things you can do to abate the burping. First, drink slowly, or at least don’t chug the beer. Second, avoid using a straw, since that narrow tool vacuums up air and worsens your belching. Third, talking too much while drinking or chewing gum can also lead to swallowing gas. Smoking isn’t advisable either! Or you can simply change your brand. Different manufacturers infuse their beer with different volumes of carbon dioxide to achieve different levels of froth and fizz. 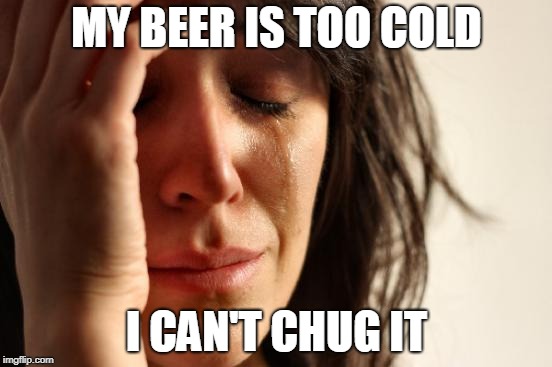 Beer is one of the oldest beverages in human history. The oldest evidence of beer made from barley dates all the way back to the 5th millennium B.C. Along with tea, coffee and wine, beer has been a staple for many civilizations, as records found in Egypt and Mesopotamia tell us. In fact, the Sumerians had a Goddess of brewing, Ninkasi, who would bless their beer-making endeavors. The Sumerians loved beer so much that some researchers think they might have harvested barley not as a food grain, but chiefly to make beer! It might make us burp and cause our stomachs to rumble, but as history shows, we’ve enjoyed this fizzy treat for centuries. So, the next time you go out for a drink with a client or date you’d like to impress, perhaps you should hold off on the fizzy and burp-inducing pleasure of beer!