Caffeine is a CNS (central nervous system) stimulant. We know that people drink coffee because of the “buzz” it gives them, allowing them to concentrate better on the task at hand

Some of the most popular beverages on the market today are fizzy soft drinks like colas (Coca-Cola, Pepsi etc) and other sodas of various flavors (Sprite, Fanta, Mountain Dew, etc.). These drinks are enjoyed by people around the world, and they seem like pretty straightforward concoctions. Water, sugar, carbon dioxide and the desired flavor appear to be the basic ingredients in these drinks. What’s fascinating, however, is that some of these drinks also happen to contain caffeine – a stimulant that most people associate with drinking their first cup of morning coffee. 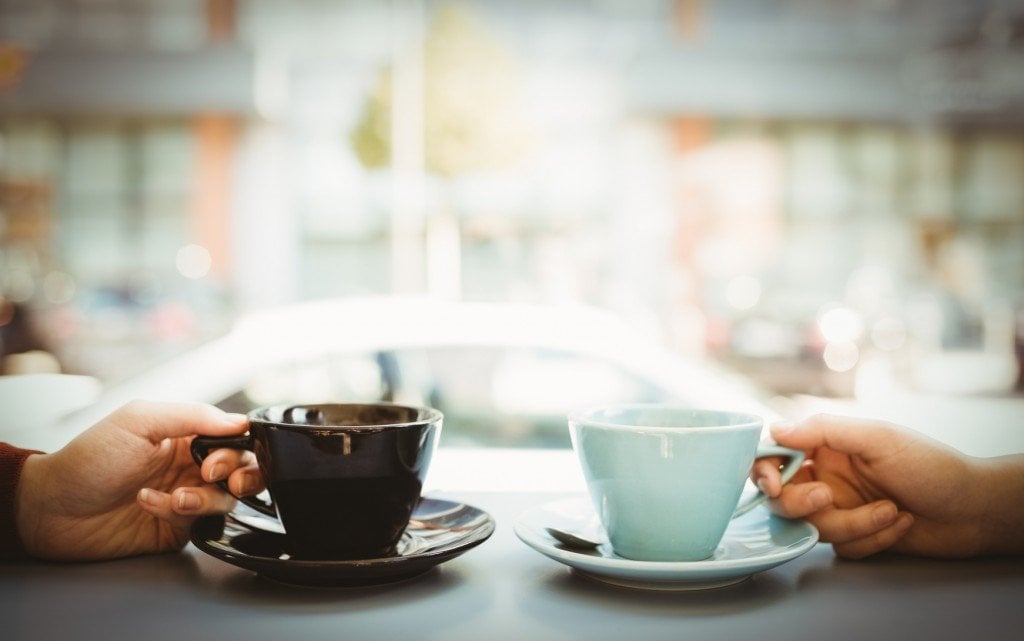 It’s worth noting that caffeine traditionally used to be a natural part of cola drinks, as soft drink manufacturers like Coca-Cola used the extract of the kola nut to prepare the drink, and caffeine is naturally present in the kola nut. Surprisingly, even extracts of the coca plant used to be included in Coca-Cola.

Neither of these natural sources are used anymore, so it makes sense that the fizzy colas would include caffeine to invoke the missing flavor of the kola nut. In fact, this is the very reason provided by soft drink manufacturers. In 1980, the US Food and Drug Administration proposed the elimination of caffeine from soft drinks. This proposal was met with a response from soft drink manufacturers that caffeine is included in the drinks to impart the requisite flavor.

Here’s the catch: a few research studies have been conducted, one just before the turn of the century and the other a decade ago, which indicate that this claim of caffeine imparting flavor may actually be false. The study by Griffiths and Vernotica used beverages containing a range of caffeine concentrations in their research. They found that the test subjects detected the presence of caffeine more frequently as the caffeine concentration increased. Interestingly, only 2 subjects (8%) were able to detect caffeine when it was present in an amount that was normally found in caffeinated soft drinks. They concluded that this result did not support the claim that caffeine imparts flavor to soft drinks. 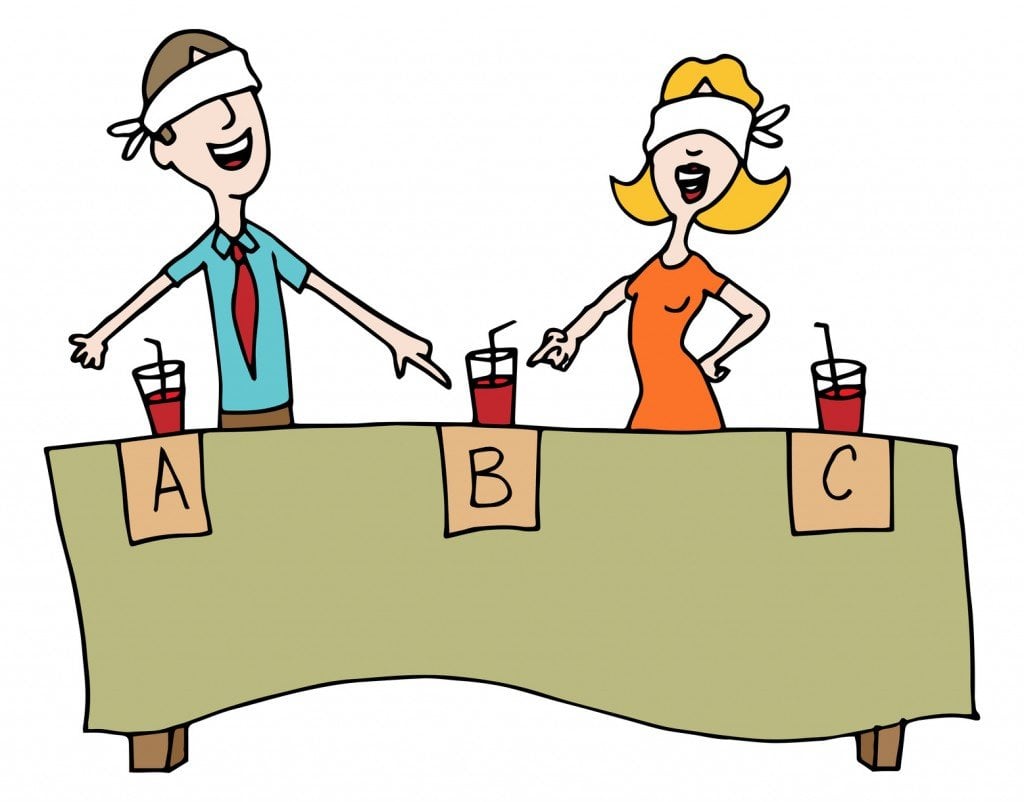 Let’s proceed to the more recent study by Keast and Riddell. In this situation, sweeteners were used as controls, so the caffeine concentration remained constant (at a similar amount to that found in cola soft drinks). The researchers found that their test subjects were able to distinguish between caffeinated and non-caffeinated sweeteners, but none of them were able to make the same distinction between caffeinated and non-caffeinated cola beverages. This led them to a similar conclusion as the previous study – that caffeine has no flavor activity in soft drinks.

So, if caffeine isn’t included in some of our favorite drinks for its flavor-enhancing properties, then why is it there?

Possible explanations of why caffeine is present in soft drinks

First off, let’s note that caffeine is a CNS (central nervous system) stimulant. We know that people drink coffee because of the “buzz” it gives them, allowing them to concentrate better on the task at hand. Therefore, it would be natural for people consuming caffeinated sodas to get a similar buzz, which would not only make them more attentive, but also improve their mood. Perhaps the combination of high sugar levels in fizzy soda, along with the small amount of caffeine they contain, could give drinkers the “pick me up” they desire. 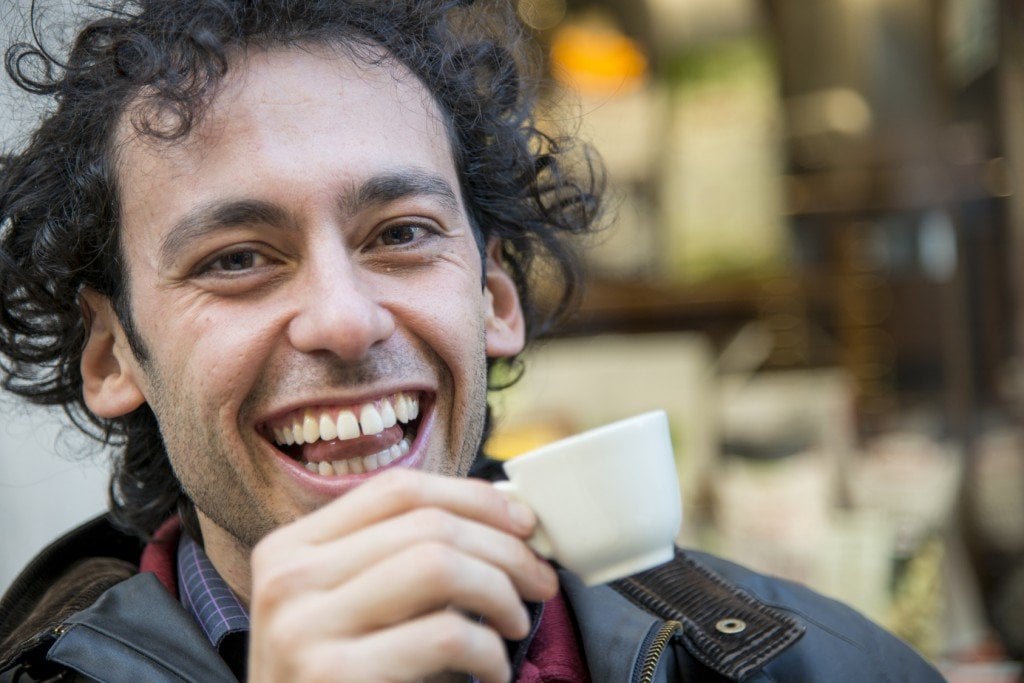 Now, here are the caffeine contents of Coke, Pepsi and Mountain Dew: 34 mg, 38 mg and 54 mg, respectively. These are figures for a 350 ml (12 oz) can. There is scientific evidence showing that withdrawal symptoms can arise after staying away from a daily dose of only 100 mg of caffeine, which means that drinking 3 cans of Coke or Pepsi and 2 cans of Mountain Dew a day is enough to make you addicted.

Again, these are just some of the possible reasons why caffeine may be included in these fizzy drinks, as its flavor-enhancing properties don’t seem to be very effective. Well, at least coffee-lovers now know a few other ways to get their caffeine fix if a cup o’ coffee isn’t available!

How much do you know about caffeine in soft drinks?