Lead poisoning can cause a variety of symptoms, including vomiting, cognitive difficulties, hearing loss, irritability, and fatigue. Lead acetate is still used in some hair dyes and lipsticks today. It was also used as an artificial sweetener in Ancient Rome.

Of course they did! People have always found ways to add a bit more flair to their food when natural sources were unavailable, but some of those spontaneous solutions had deadly side effects. The best example of this takes us back to Ancient Rome, where the demand for flavorful food was always high. Combined with the impressive scientific heights and academics of Rome, new discoveries were almost inevitable.

However, when it came to the discovery of a new artificial sweetener (in the form of lead acetate), the Romans may have been better off letting their food taste a bit bland!

Now, with a name like sugar of lead, we would probably pull back a bit here in the modern world, but two thousand years ago, people were unaware of lead’s dangerous properties. Therefore, when sugar of lead was popularized as an artificial sweetener with the Roman Empire, people couldn’t get enough of it. This was the first of its kind, and Rome liked nothing more than to be at the forefront of new discoveries. 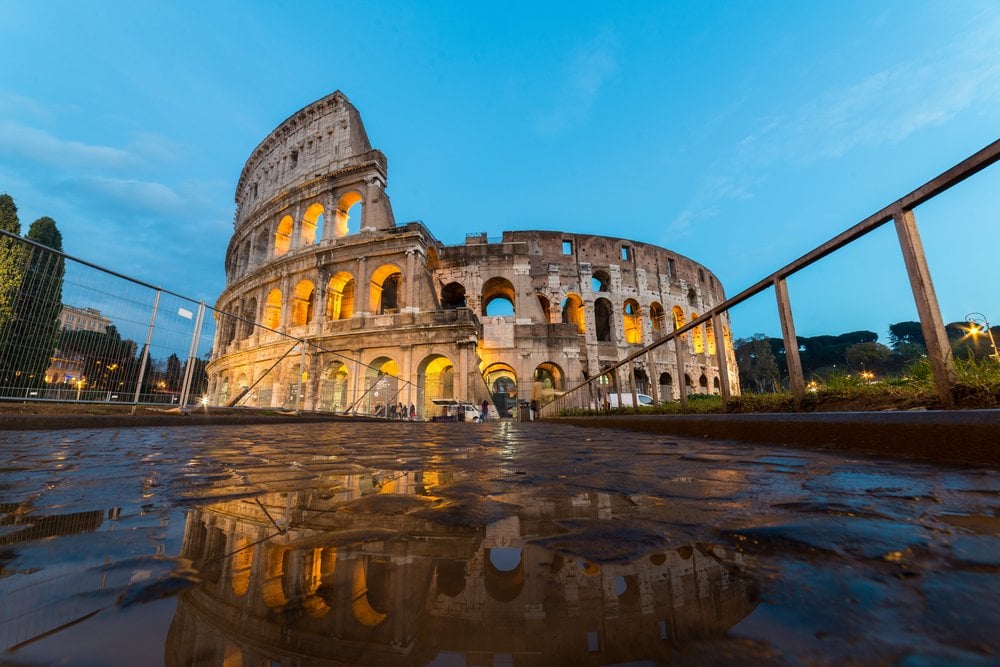 However, sugar of lead is scientifically known as lead acetate, which resembles common table salt, but is actually a poisonous substance when consumed in large quantities. In an effort to make things sweeter, Roman winemakers experimented with all sorts of recipes and preparation techniques. At one point, it was discovered that boiling off the unfermented grape juice that had been used to make wine could actually produce an even sweeter liquid, called defrutum.

This highly sweet liquid was valuable, because who didn’t like sweets, even back then! Large quantities of this defrutum were made, resulting in long nights of slow boiling to produce a purer product. However, extended periods of heating lead pots caused some lead to soak into the liquid, which interacted with the acetate ions, resulting in lead acetate. This was the reason for additional sweetness in the subsequent boiled-off product, as lead acetate has a slightly sweet taste.

After noticing the sweetest batches coming from lead pots, entrepreneurial producers went to a pure lead pot process, thus spreading more of this liquid lead acetate into the public.

Also Read: How Have We Evolved To Crave Sugar?

However, the story gets even stranger, and more dangerous, from there.

In the ever-present search for profit, Roman innovators found a way to crystallize the essence of this sweetness – lead acetate, and produced it like sugar or table salt is produced today. Wine was in high supply in Rome in those days, given that men could easily drink a liter per day, so production of lead acetate was far from a challenge. This became a wildly popular ingredient when cooking, believed to have been included in approximately 20% of meals. Now, the Romans were relatively unaware of the dangers of lead poisoning, but they were about to get a very harsh lesson. To understand the dangerous levels of lead that may have been pouring into Roman gullets for decades, there have been some modern attempts to recreate this defrutum with lead cooking vessels. The results are frightening… a liquid with more than 1,000 times the widely accepted modern limits for lead content in foods and drinks.

So what did this mean for the Romans? Well, the evidence suggests that a lot of people began showing symptoms of lead poisoning, which include a metallic taste in the mouth and a loss of appetite. This also results in a lack of feeling full, causing excessive consumption of food and illness. The symptoms also include vomiting, cognitive difficulties, hearing loss, irritability, and fatigue. Now, with Romans swilling sweet liquors and artificially flavored food packed with dangerous lead acetate, the results could have been disastrous. Imagine thousands of people slowly becoming ill, including soldiers, politicians, leaders, tradesmen, and peasants. The entire infrastructure of the country would weaken, leading to its inevitable collapse. Many people believed that some sort of poisoning caused the decline of the Roman empire, but most of the speculations focus on the lead in the aqueducts of Rome. Research has all but eliminated that theory, but the widespread use of poisonous artificial sweeteners is beginning to make much more sense.

Have We Learned From Their Mistakes?

The Romans may have been too hasty in their adoption of this artificial sweetener, but they were also very smart and analytical. It didn’t take too long for medical practitioners and scholars to realize that something was happening to the people of Rome. Unfortunately, the negative effects of this excessive lead consumption may have already been too widespread. While they eventually stopped adding this dangerous substance to their foods, was this the real reason that Rome eventually fell?

We can’t really answer that question, but we do know that we’ve learned our lesson….pretty much. While we rely on things like aspartame and other artificial sweeteners, we have eliminated lead acetate from our foods, despite how sweet it could probably make them. However, lead acetate isn’t completely eliminated, and it can still be found in certain hair dyes and lipsticks. I suppose manufacturers don’t expect their customers to eat too much of those particular items. However, just be thankful that you didn’t end up like the Romans – going a bit mad because of a sweet tooth!