The clarity of ice cubes is determined by the temperature of the water used to make them. Warmer water contains more impurities, which are released when the water is cooled and frozen. Ice cubes made from distilled or boiled water are usually clearer than those made from tap water.

While putting a few ice cubes (taken from your refrigerator) into a drink at your house, you have likely observed that those ice cubes were mostly cloudy. However, you have almost surely seen the other variety of ice cubes (especially at high-end bars and restaurants), which are unbelievably clear. Like these:

Now, you might think that this has something to do with the quality of water that’s​ used to make the ice cubes, but that may not necessarily be true. In fact, you can take some clear, drinkable tap water right now and try this little experiment for yourself by storing it in a freezer. It’s highly likely that it will form cloudy ice cubes, regardless of how good your tap water is. Even if you get somewhat clear ice cubes as a result, they won’t be as clear as the ones you see in commercials or find in top-shelf bars.

Since all cubes are made of water and formed through the same process of freezing, why is there a difference in their appearance?

Why Are Certain Ice Cubes Clear And Transparent, While Most Others Are Opaque?

Short answer: Although it’s true that the clarity of the ‘parent’ water has an undeniable impact on the appearance of the ice cubes, whether they appear cloudy or crystal clear also largely depends on the temperature of the water that is used. At room temperature, the dissolved impurities in water are not visible, but as the water is cooled, they congregate to make ice cubes cloudy. 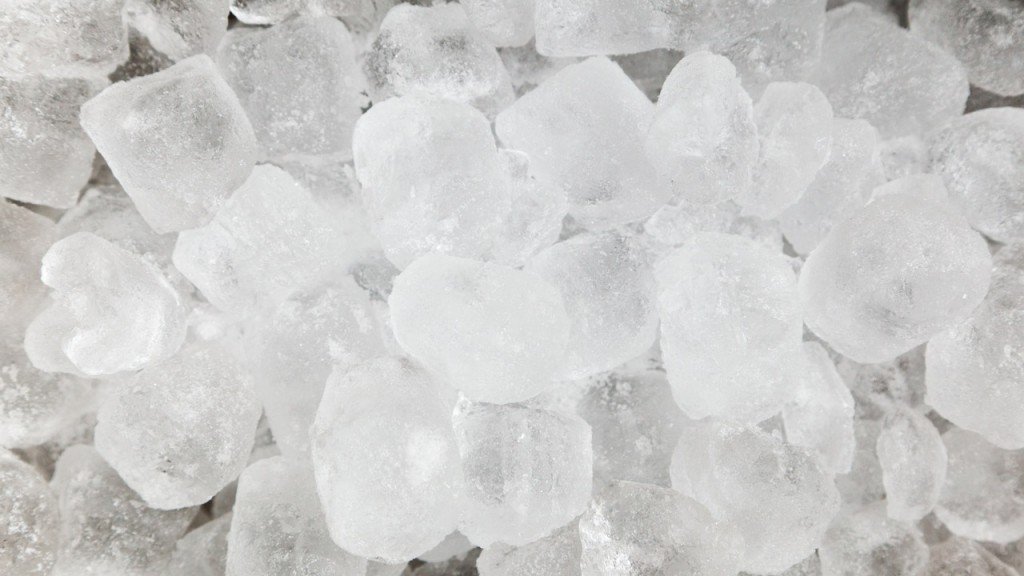 Although it’s not visible to us with the naked eye, the water we drink contains a number of impurities. Now, “impurities” don’t always mean germs and bacteria; anything found in water that is not water can be considered an impurity. Tap water contains a lot of impurities, but most of them are not harmful to us. In fact, some of them (e.g., calcium and magnesium) are actually beneficial to our health. Various impurities also impart a characteristic taste to water. 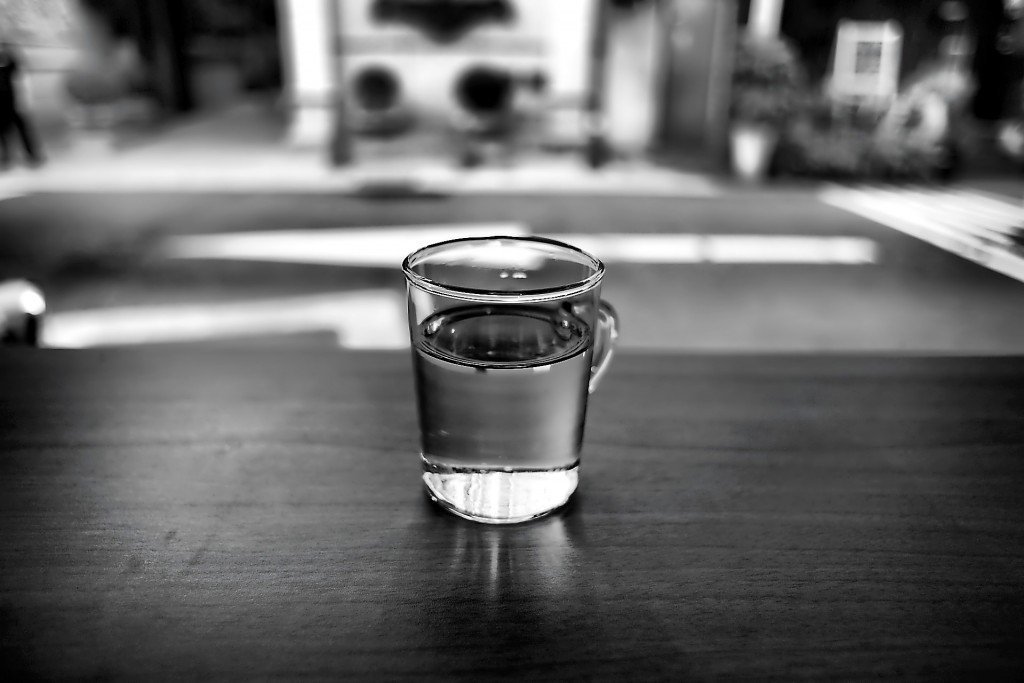 Impurities in tap water are impossible to see with the naked eye. (Photo Credit : Pexels)

Also Read: Why Do Ice Cubes Crack When You Pour Water On Them?

The most common impurities found in tap water include lime (also known as limescale), calcium, fluoride, nitrates, magnesium and certain other organic elements that are practically impossible to remove with regular filtration methods. So, when water freezes, the impurities that were evenly distributed in the water, tend to congregate near the middle, making ice cubes the whitest at their center. 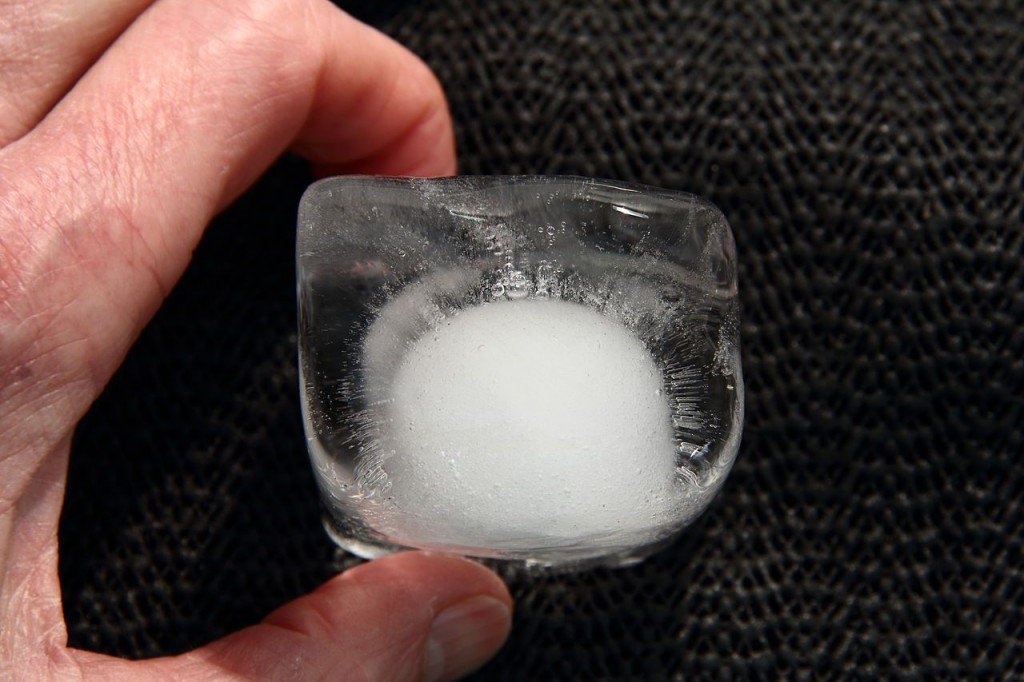 You will notice that cloudy ice cubes are the whitest in the center. (Image Source: Wikipedia.org)

Note that ice cubes made from distilled water tend to be clearer, because distilled (or even boiled water) does not have as many impurities as tap water.

Ice Cubes Tend To Be Cloudy When Water Is Cooled Rapidly

Even if you try freezing boiled water in your own freezer, it’s likely that the ice cubes formed will not be as clear as you might expect them to be. 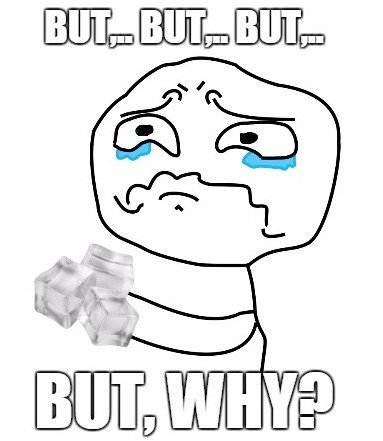 The reason is not related to the water being full of impurities, but rather in how it’s cooled.

You see, when you cool water in your run-of-the-mill freezer, it cools rapidly and tiny air bubbles (formed from the dissolved air in water) get trapped within the crystalline structure. These bubbles are then pushed towards the center of the cube as water freezes around them, making the ice cube cloudy.

To ensure that their ice cubes are as clear as possible, specialized ice makers freeze water in layers so that air bubbles do not form within the ice. Furthermore, they freeze water at a very slow pace, so large crystals of water are formed and any bubbles that might have formed in the process have plenty of time to escape.

Also Read: Why Do Bubbles Form In A Glass Of Water That’s Left Out? 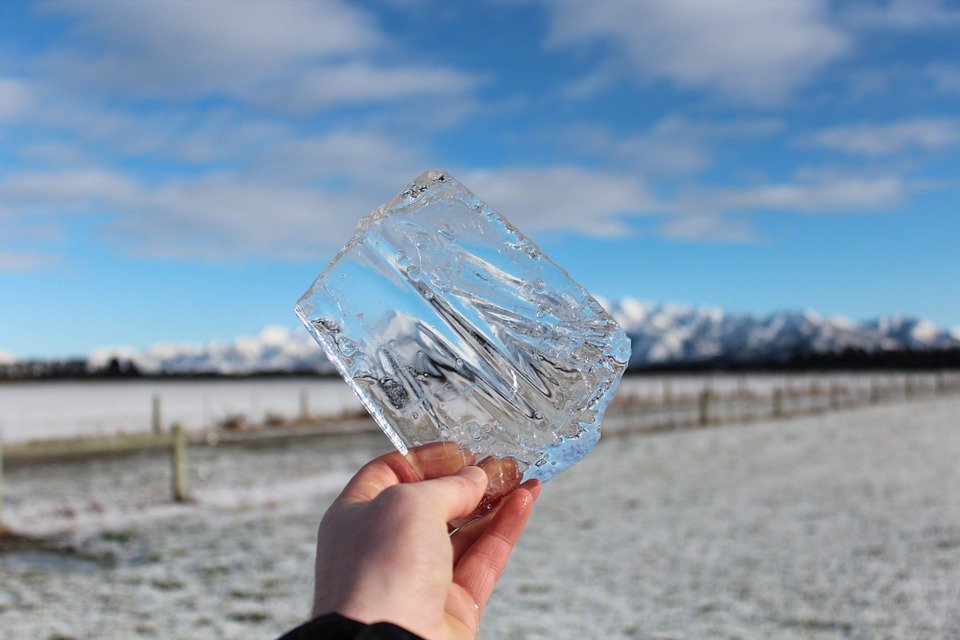 The slow cooling of water is one of the reasons why the ice sheets found in extremely cold regions (like Antarctica) are so incredibly clear.

If you want, however, you can make clear ice at your house too! Just make sure that you use boiled water (you might even considering boiling the water twice for better results) and then freeze it slowly. Here are a few different methods that can help you do exactly that.