The coldness of water suppresses the taste of certain unwanted impurities in the water that are amplified if the water is warm. Also, taste is a relative term and varies from person to person.

After coming home from a long trip or finishing a gruesome daily workout, most people long for a cool glass of water. Nothing quenches our thirst like this fundamentally important liquid. However, if someone gives you a glass of warm water when you’re thirsty, you probably won’t like the taste. On the other hand, if someone puts ice in that glass, the flavor appears to change completely.

What’s the reason behind this change of taste accompanying a change in temperature? Is it just you or does this happen to everyone? If you’ve ever thought about these questions and desperately want to know the answers, you’ve come to exactly the right place.

How Do Neurons Work?

A little something about ‘taste’

In school, we all learned about the five senses that our body possesses, taste being one of them. We also learned about the tongue—a sensory organ that has thousands of taste buds helping it detect different tastes. But what is taste? Is it just a sensation, a chemical reaction or some gimmick of the mind?

The word “taste”, more formally known as “gustation”, refers to the sensations developed by the taste cells on the front, back and sides of our tongue when molecules from the food or drink being consumed attach to these cells and send signals to our brain. Hence, taste can be considered a mix of different chemical reactions taking place on the tongue. 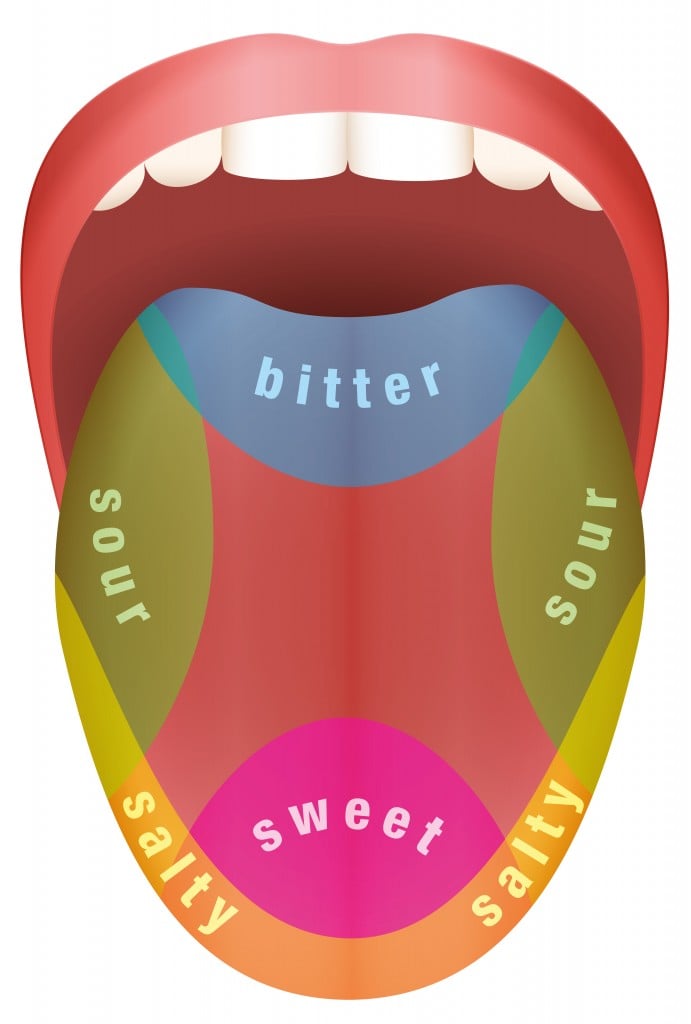 How does the tongue detect different flavors?

Different tastes, such as salty, sour and sweet, are sensed differently. Saltiness, for example, is detected by taste receptor cells that primarily respond to sodium chloride or other similar salts. Certain proteins present in the cell membranes of these cells act as channels (e.g., epithelial sodium channels) and allow the NaCl to enter the cells, subsequently releasing neurotransmitters (chemicals that transfer information) that pass the sensation to axons (nerve cells that carry the taste information to the brain).

On the other hand, chemicals that are sensed as “sweet” bind to particular sites on membrane receptors (proteins present in the cell membrane) in a “lock-and-key” fashion (implying that only chemicals of a specific shape can fit in the binding site and initiate the response). Once these chemicals are bound, certain changes inside the cell lead to the release of neurotransmitters, which send the signal to the brain. The better the fit, the higher the “sweetness potency” of the substance. 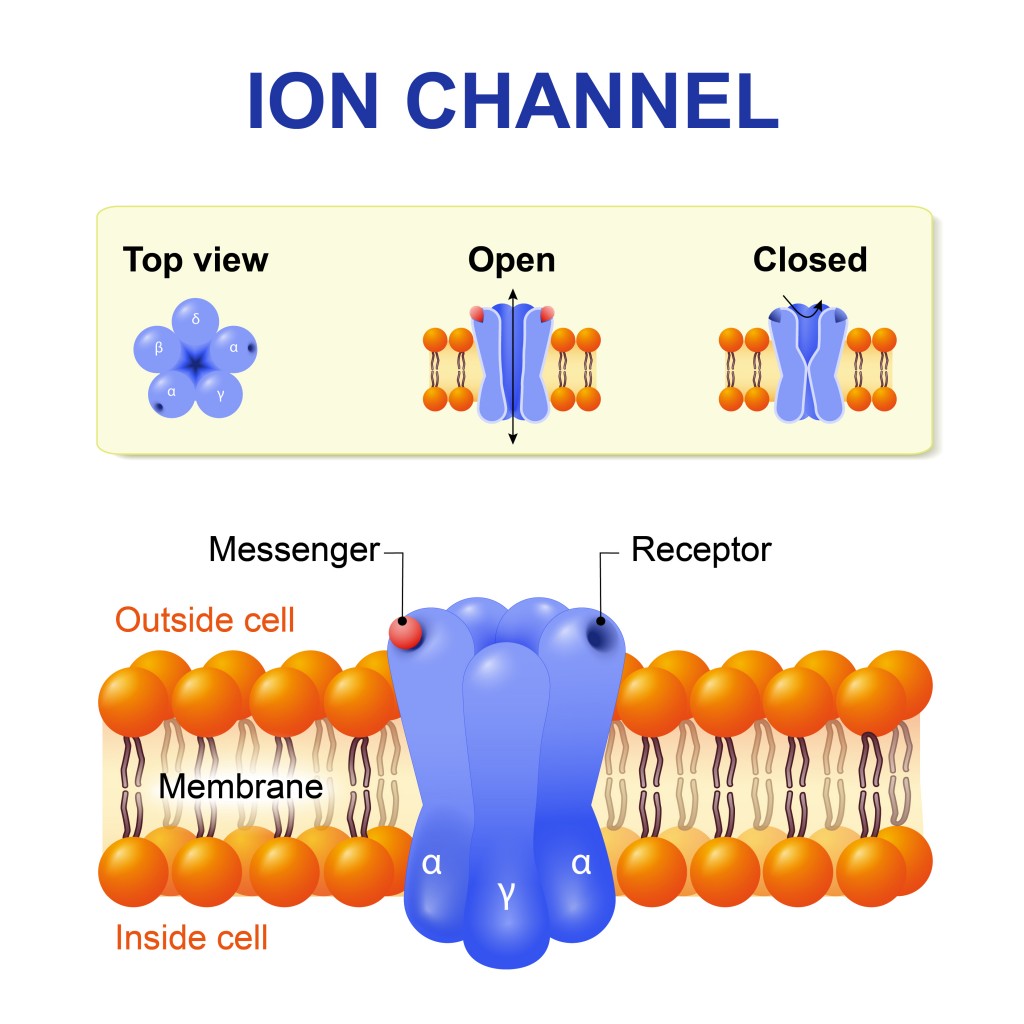 Growing up, we all learned that water has no taste. However, when we drink this colorless life-giving fluid, we experience some kind of taste sensation on our tongue. For ages, people simply thought that it came from the minerals and salts dissolved in the water, but even pure distilled water has something akin to a taste. So… what is accountable for this pseudo-flavor?

First of all, to be clear, distilled water is supposed to be tasteless. However, as soon as it is taken out of the distillery, a certain amount of carbon dioxide and oxygen gas dissolves in it. Also, if you pour such pure water in a glass, the impurities present in the glass (however small in quantity) will mix with the pure water, altering its taste slightly. Again, whenever we eat food, certain minute food particles stick around in the mouth and on the tongue; the moment we take the first sip of water, they mix in, providing the water with a specific taste.

Why does cold water taste better?

The coldness of water actually suppresses some of these “bad” factors that alter the taste of pure water. Any impurities that make the water taste slightly different can be detected far more easily when the water is warm.

Try it yourself; put some sugar or salt in a glass of water and taste it at different temperatures. You will experience the difference in sensitivity immediately. 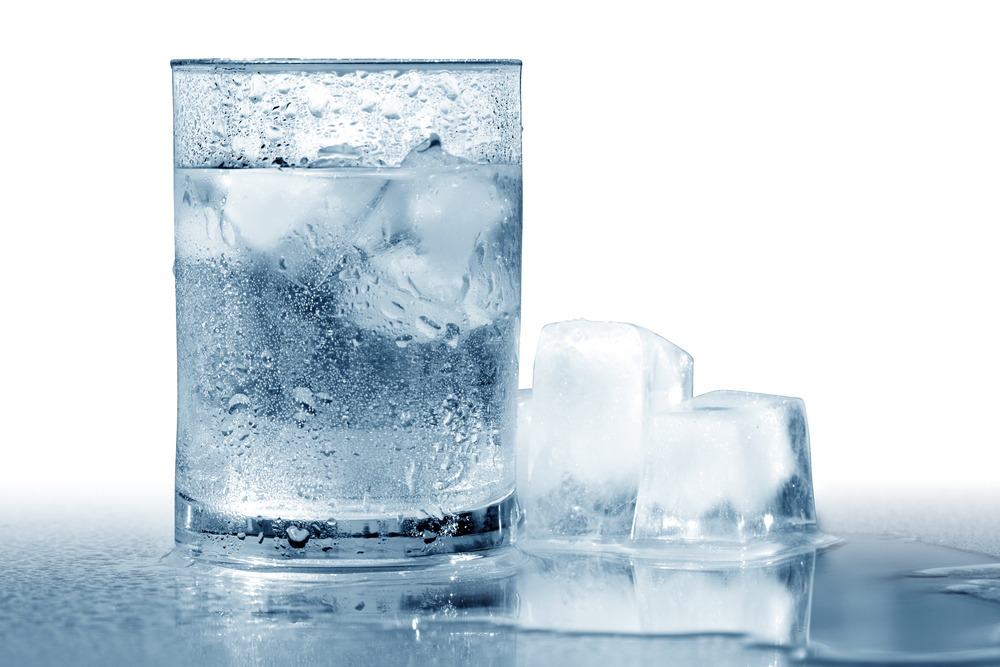 Also, when the body is tired after strenuous work or heat, the temperature of the body rises. In such a situation, cold water helps to bring the body temperature down quickly and effectively, providing a refreshing feel in the process.

Another possibility is the fact that water is an acquired taste—a preference that an individual develops over many years. A person living in the poles will not like water to be as cold as someone living in the desert may prefer. Many of us might associate warm water with stagnant, uncovered water, as anything cold is inherently considered “fresh”; that psychological factor may be hard to avoid when sipping a glass of warm H2O.

Although the taste of water depends on many factors, such as temperature and mineral constituents, a lot of it might also be purely psychological. According to a 1997 study at the School of Medicine at the University of Yale, “the action of drinking is more thirst-quenching than being rehydrated through a nasogastric tube.” In simpler words, the same amount of water can be given to two different people, but the one who drinks it from a glass will feel more refreshed and hydrated.

Having discussed all this, there are bigger problems to consider. The water crisis is now a global phenomenon, and we should all try to conserve as much water as possible, because one thing is pretty clear, whether cold or warm, water quenches our thirst like no other liquid on Earth!