The human tongue has taste buds that send messages to the brain to tell us what we are tasting. Our sense of smell is also important in determining the flavor of food. The combination of these senses, along with our memories and experiences, determines the final taste of something.

There is no denying that the human body is a rather incredible collection of organs and abilities that have allowed us to become the most dominant species on the planet. Some of the most important tools that have led to humanity’s rise are our senses – sight, smell, hearing, touch, and taste.

While many other species possess these senses – and in many cases, the senses are more developed or specialized than humans – humans use them in exquisite combinations to experience the world around us. However, the sense most often overlooked is our ability to taste things. Of course, food is a big part of our daily lives, but how often do you actually think about the phenomenal variety of tastes in the world? More specifically, don’t you wonder how we can taste things at all?

Short answer: Our brain decodes the basic flavor profile of food and combines that with olfactory information to create a “taste,” but the rest of the story is even more delectable.

The Truth About Taste

When you break down taste in its simplest terms, it is an equation of combinations. Essentially, we detect four core taste categories in the things we eat – sweet, salty, bitter, and sour.

These sensitivities to taste developed over millions of years as early humans decided which foods were safe to eat. Bitter and sour-tasting foods were approached with much more caution, as they were often poisonous, toxic, or decaying. Sweet and salty foods, however, were usually a sign that the food was rich in nutrients and unlikely to be harmful.

Over thousands of generations, our sense of taste continued to evolve, and in the past century, a new taste profile has been popularized, called umami. This is the taste associated with something meaty, savory, or rich. Now, at this point, the taste seems like a fairly simple equation. A dash of salt, some sweet, and a light sprinkling of sour might make for a great cocktail, but that is simply the taste, which does not explain our fascination with flavor. 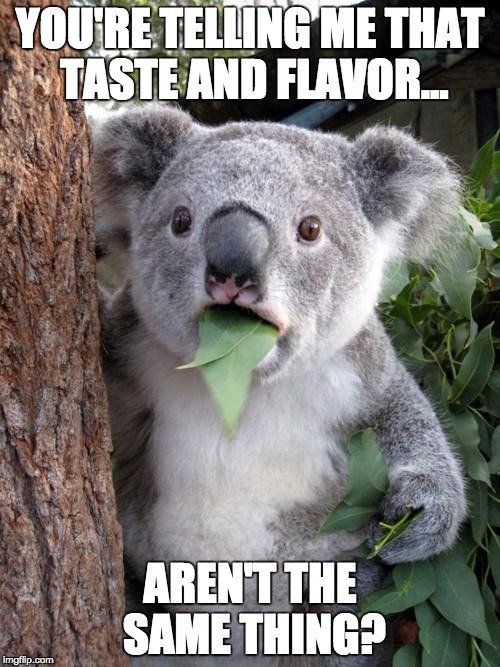 But before we get into it, we should explain the basic science of taste. It all starts in our mouth, namely the taste buds of the tongue. Many people think that the taste buds are the little bumps that you can see on the tongue, a few hundred in all, but humans actually possess anywhere from 2,000 and 10,000 taste buds, and these are located on those bumps that have a name – taste papillae. These papillae are located just under the mucus membrane of the tongue and help increase the surface area of the tongue by two to three times, ensuring that all food can be properly analyzed and identified before swallowing it. There are four main types of papillae, some of which are incredibly dense with taste buds. There are between 10-50 sensory cells on each taste bud, and this is where all the magic happens!

These sensory receptor cells, which can be influenced by various substances, specifically alter the protein formation on that cell wall. When a certain type of food is eaten, say a fresh piece of cantaloupe with fructose in it, the taste buds have certain sensory cells that activate, starting the chain reaction that eventually passes this information on to the brain.

Uniquely, the taste is our only sense, highly dependent on others and our own memory and experience. When we eat something, such as a chocolate chip cookie, we immediately begin breaking down the cookie’s content with our saliva and immediately tell our brain that we are eating something sweet. However, we wouldn’t recognize it as chocolate unless we use another sense – smell!

Smell and taste are intimately linked, and the smell of our food provides us with specific information on the flavor of food. This is why it is so difficult for people with a cold to enjoy their meals; when you are congested, you cannot smell properly, essentially rendering your food tasteless. You can tell if something is hot, salty, sour, or sweet, but there is no complimentary flavor since your olfactory sense is compromised.

When your taste buds and nose are in proper working order, the taste and nerve messages received while eating travel through the brain, up to the facial nerve and the glossopharyngeal nerve, before reaching the gustatory cortex. Essentially, we think that taste is generated in our mouth, when in fact, the final “flavor” of something is determined when taste, nerves, and smell messages all link up in the brain!

How Can Our Tastes Change?

No two people have the same orientation and number of taste buds; in effect, the tongue is about as unique as a fingerprint, and as such, no two people have the same powers of taste. Some people are considered “supertasters”, who have up to 25% more papillae on average, making them extremely sensitive to flavors and tastes. This might explain the “picky eaters” in your life. Others have far fewer taste buds, particularly as they age when taste buds die off permanently.

Certain foods also have the ability to mess with our taste buds! Certain compounds in herbs, fruits, and vegetables around the world can trick our mouth into thinking that savory is sour, or bitter is sweet, making for a very confusing meal! 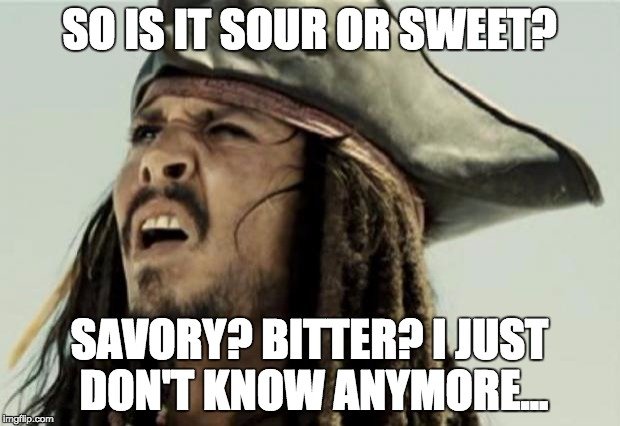 Most interestingly, the way we taste things and our personal preference for certain foods can be influenced by genetics, as well as by personal experience – yet another battle of nature vs. nurture. Certain genetic predispositions to taste, such as cilantro or Japanese nato, are based on whether we possess certain gene variants. Suppose one gene variant increases the sensitivity to bitterness. In that case, people may be less likely to enjoy the flavor of broccoli or seaweed. In contrast, other people have a low genetic sensitivity to sweetness, so eating an entire chocolate cake doesn’t faze them!

After all, the associations we have with food can be a powerful factor behind how we taste something. We combine sight, smell, texture, taste, and color to create our conception of what we are eating, so if any of these elements are changed, say a carrot that doesn’t have that characteristic crunch, it will seem as though the flavor is off. All of our senses engage in the process of eating and taste formulation, so if you want to train your taste buds in a new way, it might take a bit of effort! 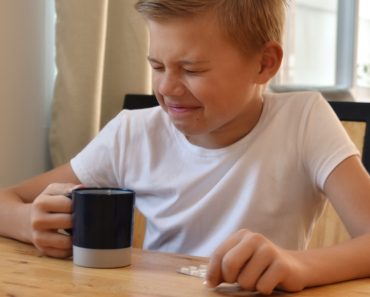