There are certain things in our daily lives that are so incredibly common that almost everyone knows about them. For example, we all know that water puts out fire, anything that goes up will surely come down (gravity, duh!) and that you are officially considered an ‘astronaut’ once you travel more than 50 miles above Earth’s surface. Okay, maybe not everyone knows about the last one.

But let’s consider that first one. Everyone knows that water is a readily available liquid that doesn’t burn, and therefore puts out fire, but have you ever thought about why that’s true? 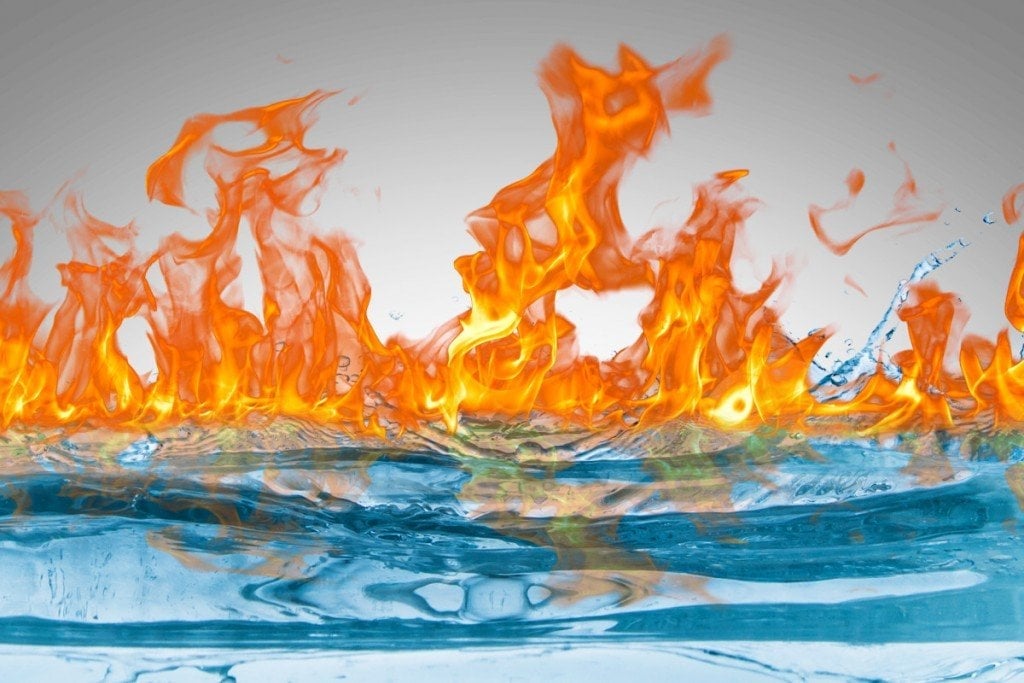 Water is made of hydrogen and oxygen atoms, and both of these elements support combustion. So, common (and non-scientific) logic dictates that water should burn too, right? Yet, that doesn’t happen.

Short answer: Water is formed as a result of the combustion of hydrogen. In simple words, water is what you get when you burn hydrogen. So, water doesn’t burn because, in a way, it has already burned.

When do things burn?

Burning is a chemical process wherein two molecules and atoms combine and release energy in the form of heat and light. For anything to burn, you basically need two things – a fuel (like a piece of paper, a log of wood etc.) to burn and an oxidizer (oxygen gas is the primary oxidizer in Earth’s atmosphere). You also need one more thing – heat (ignition temperature) – to kickstart the process of combustion. 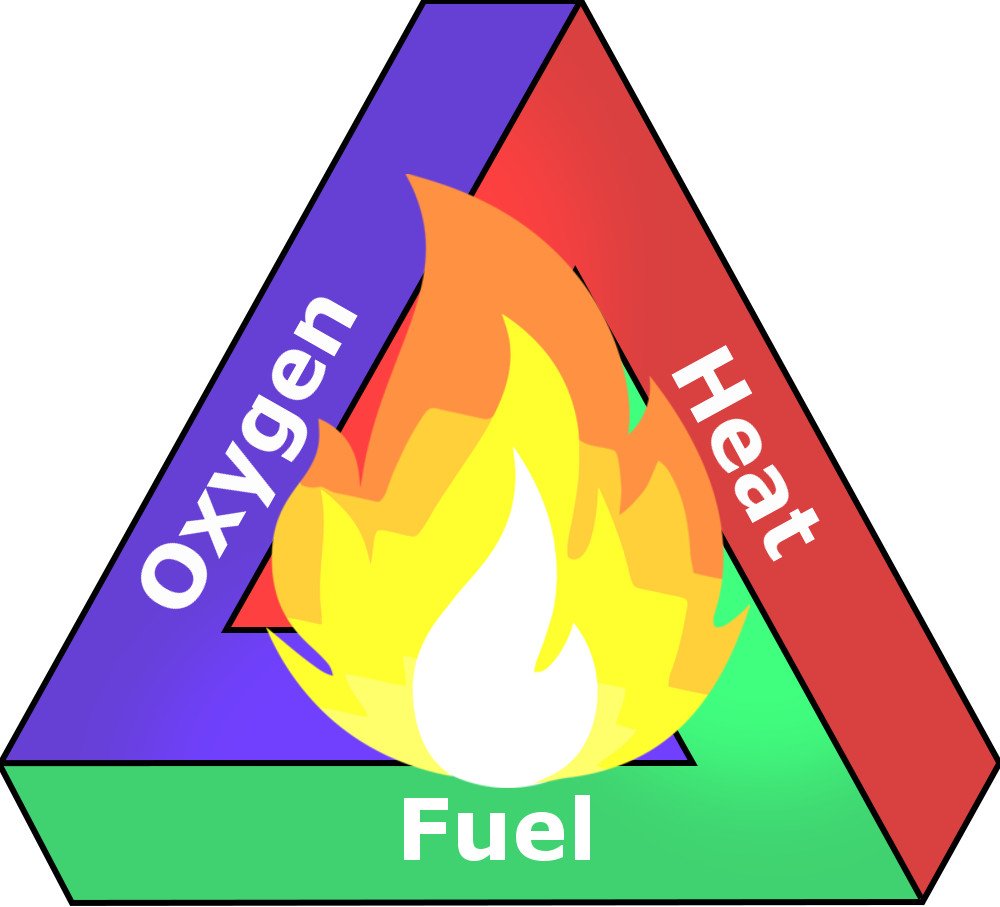 Consider the example of burning a piece of paper. In that scenario, paper is the fuel, the oxidizer is gaseous oxygen and heat is provided by lighting a match and igniting it.

The chemical structure of water

Water is made of two atoms of hydrogen and one atom of oxygen. Its chemical formula is H2O.

Now, the interesting thing to note is that the two constituents of water are actually flammable.

Why is hydrogen gas flammable?

A hydrogen atom has only one electron, and is therefore quick to combine with other elements to form new compounds. Hydrogen usually appears in its gaseous form in nature, which consists of two hydrogen atoms covalently bonded to each other. However, the gas is very reactive (as the hydrogen-hydrogen bond is quite weak) and oxidizes rapidly in the presence of an oxidizer, which makes it highly flammable. 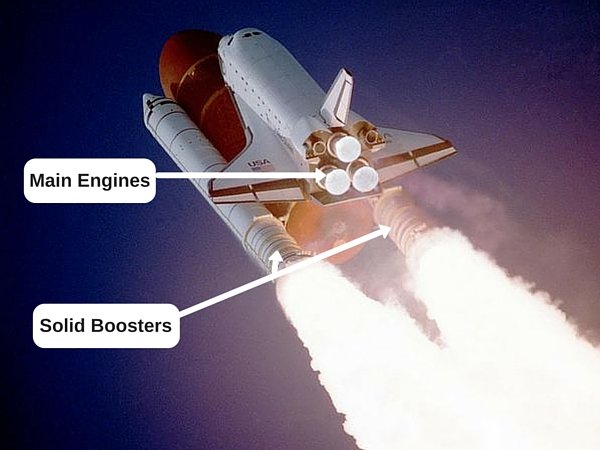 Liquid hydrogen is used as fuel during rocket launches.

Its combustion produces a lot of energy too, which is why they use liquid hydrogen as fuel to send spacecraft out of Earth’s atmosphere.

As mentioned earlier, any kind of burning requires an oxidizer. There are a number of oxidizing agents in chemistry, including oxygen, ozone, hydrogen peroxide, fluorine and so on. Since gaseous oxygen is abundant in Earth’s atmosphere, it often becomes the primary oxidizing agent for most fires. This is why a constant supply of oxygen is essential for a fire to sustain itself.

Water is a fantastic fire extinguisher for a number of reasons, one of which is the fact that it doesn’t catch fire itself, despite being composed of two elements that are more than ready to participate in raging infernos! 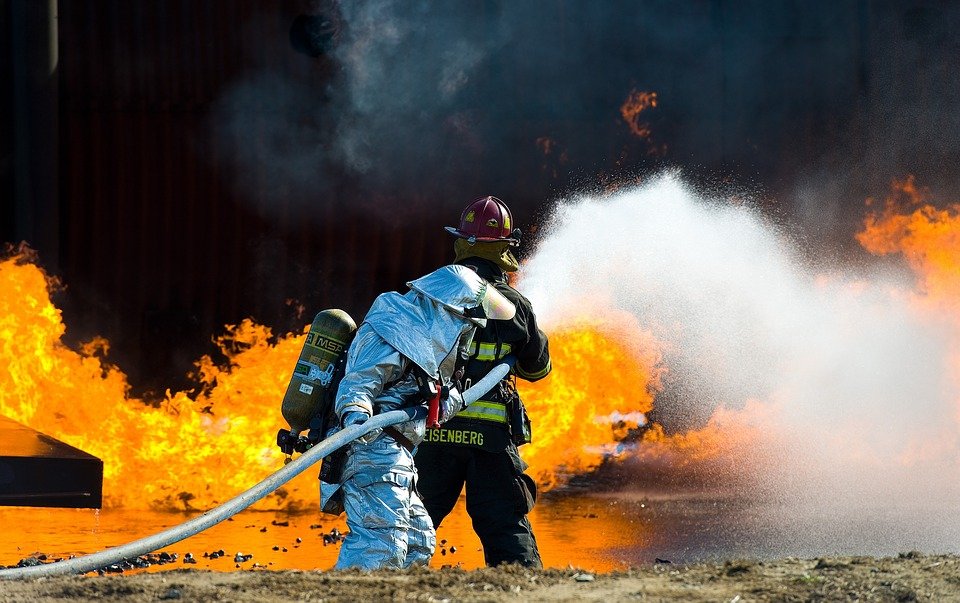 Water is the most common fire extinguisher

This is because water is already burnt.

Let me elaborate a bit. As we discussed earlier, hydrogen gas is highly flammable. All it needs is an oxidant to start burning. Since oxygen is the most abundant oxidant on Earth, it rapidly combines with hydrogen atoms to catch ‘fire’, if you will. And the product of that ‘fire’ is water.

This is how it happens:

Note that such a combination of hydrogen and oxygen releases a great deal of energy in the form of heat and light, meaning that it’s quite dangerous. The Hindenburg disaster of 1937 in New Jersey, which claimed dozens of lives, was actually a result of this explosive reaction. This is the primary reason we don’t make water chemically in labs.

In a nutshell, you get ashes when you burn paper; but when you’re burning hydrogen atoms, you get water. Just like you can’t burn ashes any further (as they’re all burnt out), you can’t burn water either!

How much do you know about the composition of water?