The Sun is not a ball of fire, but a ball of nuclear fusion. If we could find a way to extinguish the Sun, it would be by pushing a huge ball of ice towards it. However, because the Sun is so extreme, the water would break down to hydrogen and oxygen, which would just give the Sun more fuel. The Sun would then explode as a supernova.

We usually perceive the Sun as being a huge ball of fire that has been burning away for an eternity to provide us with warmth, light and life. However, what if, hypothetically speaking, we wanted to put out the Sun? To our meager human minds, the best way to extinguish a fire is to pour water on it, so what would happen to the Sun if we managed to find a large enough amount of water to snuff it out?

As it happens, the Sun is not a ball of ‘fire’, per se, at least not the kind of fire that we find on Earth. The Sun has a very different source of fuel that keeps it chugging along at the heart of the solar system. That fuel-driven process is nuclear fusion.

To put it simply, nuclear fusion is when, under immense pressure, hydrogen atoms combine to form helium atoms. Before we get any further, let’s try and understand the basic principle of how nuclear fusion works.

First and foremost, nuclear fusion is extremely difficult to recreate on Earth, as it can take place only under extreme conditions. With a pressure of about 333,000 Earths and a temperature of 15 million degrees Celsius, calling the Sun’s core ‘extreme’ would be a gross understatement. Hydrogen atoms succumb to the pressure and fuse with each other to form helium, consequently giving off neutrinos, positrons and gamma rays. The net mass of the fused helium nuclei is therefore much smaller than the sum of its constituents and the lost mass is released as pure solar energy.

Deuterium and Tritium are isotopes of Hydrogen

How Does Water Affect Nuclear Fusion?

Imagine if we somehow managed to find a source of water in the same volume as that of the Sun. Impossible, I know, but hypothetically, let’s assume that we can generate that much water. Considering that it would be exposed to outer space, that that water would be dead frozen, but what would happen if we pushed that ball of ice towards the Sun? Would the Sun receive its own version of the ice bucket challenge?

Of course, the water would evaporate the second it neared the Sun’s atmosphere and dissipate. That would therefore be your first hurdle – somehow directing an incredible amount of water vapor towards the Sun’s core. Assuming you manage to do that, does that mean that the Sun would be extinguished by an equal amount of water vapor?

As it happens…. no. The Sun is far too extreme for that to occur. The water vapor would break down even further to its essentials, i.e., hydrogen and oxygen.

Now remember, the main fuel for nuclear fusion is hydrogen atoms, so instead of snuffing out the Sun, you just gave it even more fuel! Congratulations, you did the exact opposite of what you envisioned.

Also Read: Where Do Stars Get Their Hydrogen From?

The kind of nuclear fusion that occurs in the Sun is called Proton-proton nuclear fusion, but other kinds of nuclear fusion do exist in the universe and take place in stars that have chemical compositions different than that of the Sun. One of these is called a carbon-nitrogen-oxygen reaction. With the introduction of oxygen to the Sun’s core, this kind of fusion would be possible within the Sun, especially because, with the increase in hydrogen, the Sun would be 1.7 times heavier than it was before.

With CNO fusion and that kind of increased mass, you would get a star that is 1.3 times the size and 6 times the luminosity of the present Sun, as well as a temperature that is much hotter than the Sun. Instead of its normal healthy yellow glow, our Sun would burn with a bluish-white intensity that released dangerous UV rays. Also, we would all be fried to death because the Earth would also be 6 times hotter than it currently is.

So, probably not a great idea.

The good news is that such CNO stars die much quicker than slow burners like our Sun. They only live for a few million years before exploding as a supernova. So, in a way, if you’re looking at the cosmic calendar, you would have managed to kill the Sun, but only through a long sweet process of revenge, rather than a quick and dramatic death.

However, that’s not what you wanted, right? You wanted to destroy the Sun completely!

There is actually one way to do it, but it would require the same ridiculous amount of water that we proposed using before. This time however, we would have to rev up that same water and hurl it straight into the Sun at nearly the speed of light. This won’t ‘extinguish’ any fires, no, but it would certainly challenge the gravitational integrity of the Sun. This could cause the Sun to break apart and practically destroy the big ball of fiery gas.

You don’t necessarily need water to do this, though. Anything can come in like a wrecking ball and switch off the Sun.

Of course, that would also mean that all life would freeze and the planets would be aimlessly flung into the universe without the Sun’s gravity to hold them together.

So, as a thought experiment, it’s certainly interesting, but in practicality, it would be suicide! 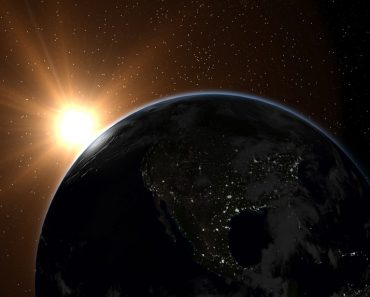