When the sun eventually dies, it will become an object that doesn’t emit light or heat, and is devoid of any radiation—a black dwarf. Black dwarfs are a projected state of a low-mass star, but they don’t currently exist, as our universe is not old enough for them to have formed.

Our Sun is going to die one day. It seems bright and shiny today, thriving with constant solar activity and emitting tremendous amounts of energy, which has been imperative for the origin and development of life on this planet. Slowly but surely, this vigor will fade, at which point it will turn into a black ball that emits no heat or light, plunging our solar system into complete darkness.

However, there’s no need to panic, as you and I are not going to be around to witness this event. It is estimated that the Sun will use all its hydrogen in about 5 billion more years, which will begin the star’s inevitable descent to inactivity. It is theorized that it will eventually become an inert star with no nuclear fusion occurring, which scientists have come to call a “black dwarf”.

How will this demise come about and what exactly does it mean to be a black dwarf? Let’s find out!

Every newly born star goes through a series of stages during its development. This is called the stellar evolution of a star and it helps in identifying different types of stars, as well as the different stages of evolution they’re in.

The origin of a star begins with a Giant Molecular Cloud. These are massive interstellar clouds of great density and size, which allow molecules to form. The most commonly formed molecule in these clouds is hydrogen (H2). The masses of these clouds can be up to millions of times greater than our Sun.

As millions of years pass, enormous amounts of heat are released as the clouds are pulled apart by gravity. This tremendous heat and pressure make the molecules in the clouds ionize, forming a protostar. If the protostar gains enough mass (from the cloud), it becomes a star, initiating its main-sequence evolution. If it doesn’t gain enough mass, it becomes a brown dwarf, which is not technically classified as a star. A main-sequence star lies on the diagonal band of the Hertzsprung–Russell diagram, a diagram that plots a star’s brightness versus its color index. The star could be high or low in mass, which determines the longevity and fate of every star. High-mass stars exist for a lesser amount of time and their eventual fate could be an explosive end in a supernova and a subsequent black hole. Low-mass stars, like our Sun, enjoy a much longer life, and it is theorized that they ultimately become black dwarfs.

Mass of stars related to their age (Photo Credit : Carlos A. Bertulani/Wikimedia Commons)

Formation Of A Black Dwarf And Our Sun’s Eventual Fate

The current age of the Sun is 5 billion years. As of now, it is a low-mass main-sequence star in its prime. The Sun generates an outwards pressure through the heat it creates from nuclear fusion, as the hydrogen in its core is fused into helium. The amount of hydrogen in the sun is finite and the Sun will eventually run out of fuel to burn. This is estimated to happen in another 5 billion years, making the Sun’s total age 10 billion years.

There are two forces at play here—the inward-pulling gravity of the core and the outward pressure that the Sun creates through fusion. There is a fine balance between these two forces, allowing the Sun to be stable. However, as the Sun burns through its hydrogen the balance falters, gravity takes precedence and the star will start to collapse.

The last form of our sun will be a black dwarf (Photo Credit : Marusya Chaika/ Shutterstock)

This compacting of the Sun makes it heat up again, causing the fusion of what little hydrogen is left and expanding the Sun’s outmost layers, making it a Red Giant. It’s believed that the Sun will swell up enough to completely swallow Mercury. The Sun will then spend about 1 billion years as a red giant. 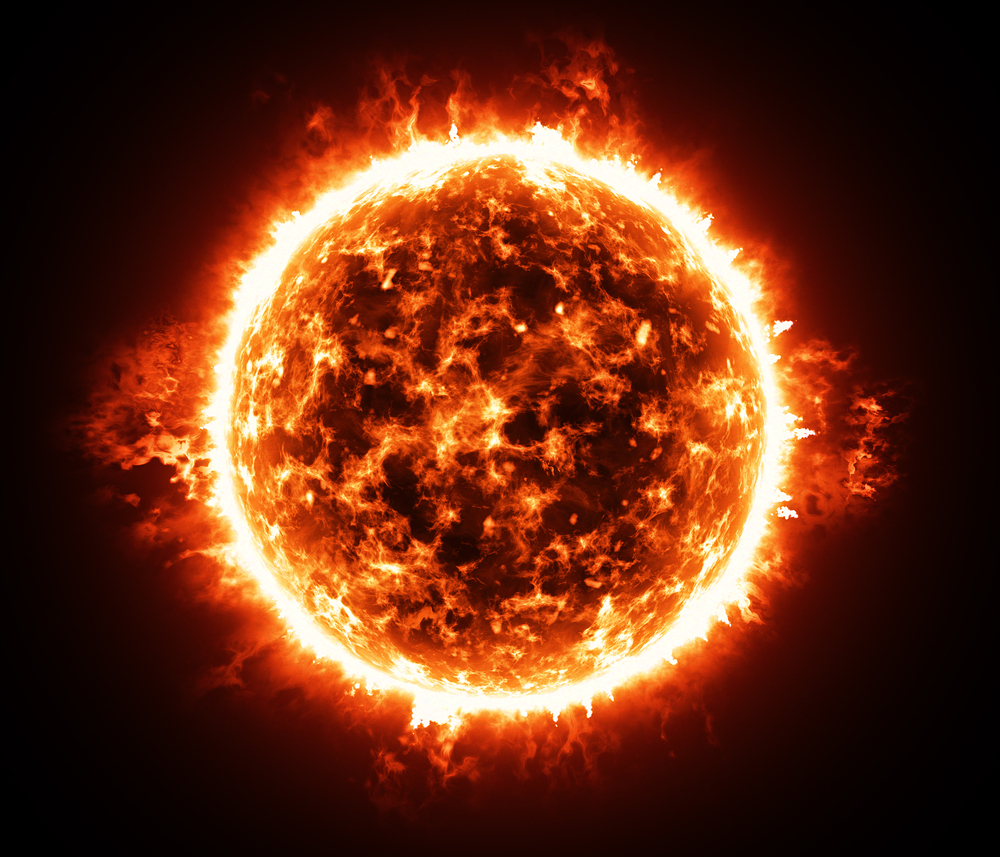 The sun will further expand as the core contracts, releasing more energy and making it very unstable. Its radius will cover the distance to Earth, which will be consumed. The Sun will start losing its mass until it completely blows its external layer out, as only the core will survive to become a white dwarf. This white dwarf will form around a shell of gas known as a nebula.

The Sun will cool down considerably as it radiates a lot of its heat into space, and will slowly fade into a black lump—the remaining carbon in its core. This process will take another 10 billion years or so, until the only thing that remains is a black dwarf.

Greater Than The Age Of The Universe

All activities cease to exist when a star becomes a black dwarf. There is no longer any fusion going on, as the star has completely cooled down. It would be an object that is crystal and solid, something like a very dense form of a diamond.

Astronomers think black dwarfs will come into existence someday, as currently, the existence of black dwarfs is completely theoretical. This is because the time it takes for a star to complete its stellar evolution and become a black dwarf is much greater than the age of the universe (13.7 billion years). It would take much longer to physically see the evidence of a black dwarf, as it still may not happen for billions of year.

Another problem in locating black dwarfs is their apparent inactivity. They don’t radiate anything, so it becomes very difficult to spot them.

It’s safe to say that we won’t encounter a black dwarf anytime soon. Perhaps, billions of years from now, a super-advanced civilization with greatly advanced technology will spot the remnants of our once glorious star in the form of a black dwarf!