Theoretically, the earth must have frozen under a faint, young sun. However, the earth remained warm and toasty, even when the sun was dim. This could be due to a higher concentration of greenhouse gases or the lower albedo of the early earth.

4.5 billion years ago, in the vast expanse of space, gas clouds collapsed under their gravity to form a gaseous sphere that would eventually become the center of our existence; the sun.

Currently, the sun is enjoying its stable, lively youth by fusing away hydrogen and fostering the solar system. However, it hasn’t always been like this. During its early life, about 3.5 billion years ago, our sun was a faint, dim star with just 70% of its present brightness. Such a low luminosity star could never provide enough warmth to a planet like Earth, suggesting that the young Earth must have been a frozen ice-ball.

Enter Geologists! They studied the early Earth and found that not only was our planet warm back then, but it was actually super-hot with liquid water and an ocean temperature of 40-60oC. And guess what else was happening 3.5 billion years ago… LIFE!!!

So, if the sun, our only source of energy, wasn’t capable of keeping the Earth warm, how did the planet acquire ample energy to melt all the ice and even produce life? Let’s find out!

What is the Faint Young Sun Paradox?

In 1972, legendary astronomer Carl Sagan and his colleague George Mullen proposed the Faint Young Sun Paradox: Why was the earth warm when the sun was dim? 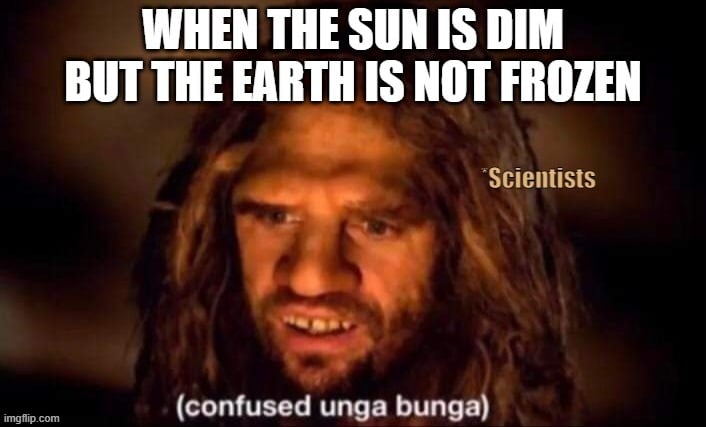 As it ages, our sun gets bigger, hotter, and brighter, thanks to the thermonuclear fusion reactions powering it. The sun is mostly composed of Hydrogen (73%) and Helium (25%). Inside the sun, hydrogen fuses to form helium and releases a tremendous amount of energy, but as more hydrogen is consumed, the composition of its core changes, making the sun grow brighter.

So, logically, the infant sun would have started as a small, low luminosity star. In fact, by studying stars similar to the sun, astrophysicists have confirmed that during its early stages, the sun was almost 30% fainter.

Now, let’s consider the Earth. Our planet formed more or less over the same period as the Sun. According to Stellar Physics, if the sun was 30% fainter during the period famously known as the Archean Eon (3.8-2.5 billion years ago), then theoretically, the global temperature should have dropped to -20oC, which is way below freezing temperature. (For reference, the current global temperature is +15oC).

In short, according to astrophysical data, the early Earth would have been a huge snowball with zero chance for liquid water or life to exist.

However, geologists tell a different story.

Geological evidence suggests that warm oceans were rippling over the surface of Earth back in the Archean Eon. 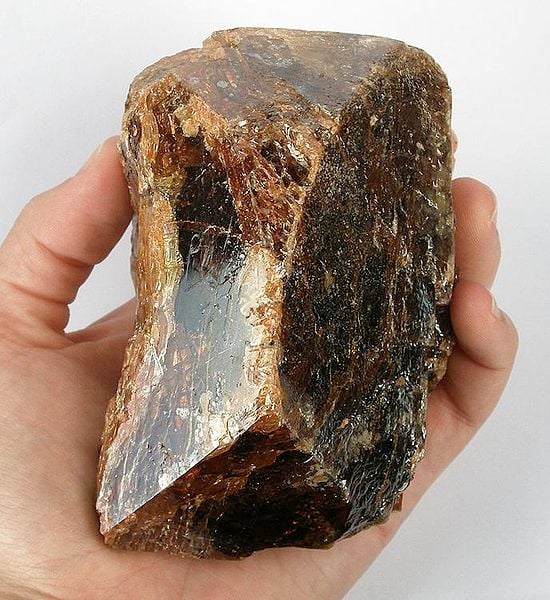 Zircon or Zirconium Silicate, mostly found in Australia, is the oldest mineral on the planet. The oldest zircon deposits are almost 4.4 billion years old. Hence, it is the perfect candidate to take a peek at the early Earth. Studies on zircon crystals show that they were formed in the presence of liquid water, which represents the first contradiction to the frozen earth theory.

Secondly, fossil and rock evidence suggests that the first forms of life emerged on earth about 3.8 billion years ago. Liquid water is the most necessary ingredient for life, so the existence of life confirms the presence of liquid water and a warm Earth. 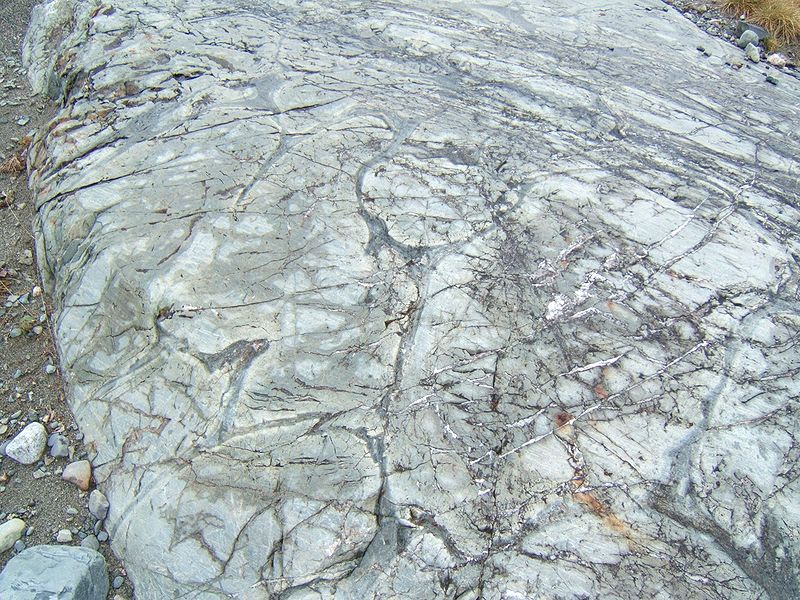 From its proposal, many studies have come forward with countless hypotheses regarding the paradox. Discussing all of them isn’t practically possible, but let’s check out the most probable ones here.

In 1972, Sagan and Mullen proposed a solution to the cold sun Paradox, called the Enhanced Greenhouse effect.

When the sun’s radiation strikes the surface of the Earth, it absorbs some of the radiation and reflects the rest, but certain gases in the atmosphere, like CO2 or water vapor, can trap this radiation. When they remain trapped in the atmosphere, they heat up the planet and raise its temperature. This is the greenhouse effect, and the gases causing this are called greenhouse gases. 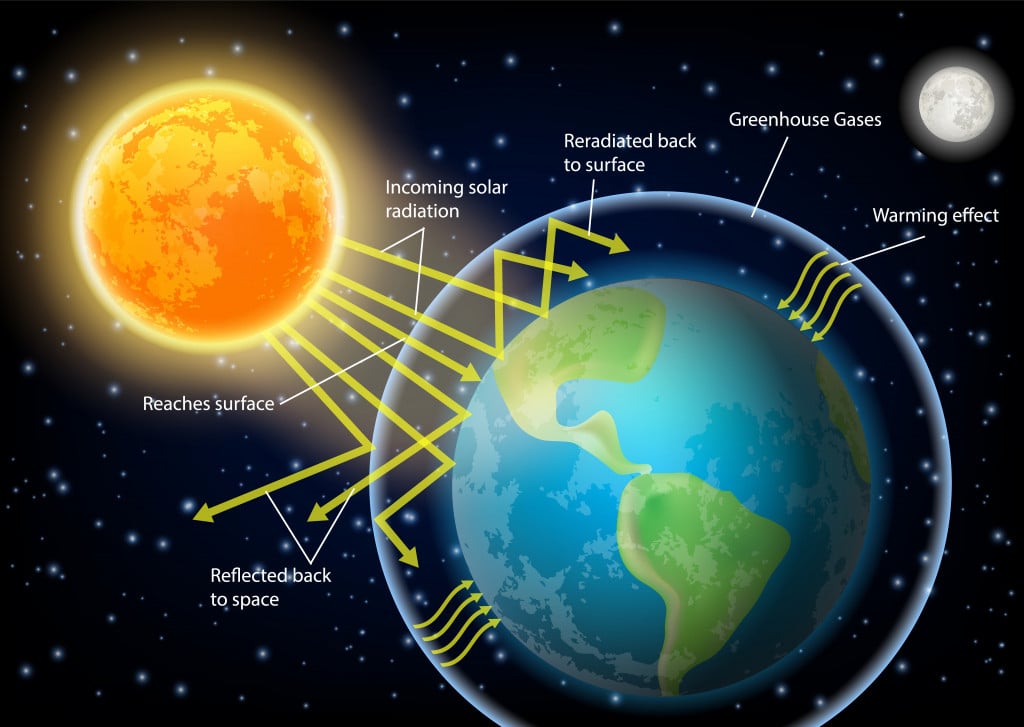 During the Archean eon, Earth’s atmosphere was drastically different from its current state. Keeping this in mind, Sagan and Mullen suggested that the early atmosphere would have had a higher concentration of powerful greenhouse gases. In fact, they pinpointed a particular one—Ammonia.

NH3 is a strong greenhouse gas and a good absorber of infrared radiation. Hence, it seems to be a good candidate for warming up the Earth. However, there is a problem.

The baby sun was very violent and had strong solar winds. Consequently, the intense UV emissions from the sun could easily destroy all the formed NH3 within a decade. Thus, ammonia was out of the discussion.

Upon the downfall of Ammonia as a lynchpin of the theory, scientists began looking for the next possible solution.

At present, CO2 and methane are the major greenhouse gases on Earth, so they could have played a similar role in the Archean eon as well. 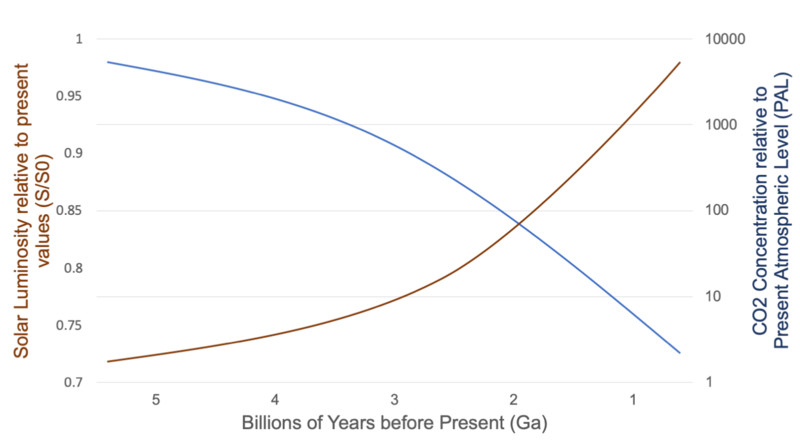 The following factors must have helped in the formation and accumulation of CO2 and methane on early Earth;

However, there is a catch. An insanely large amount of CO2 and methane is required to achieve heating of this extent, and it isn’t practically possible.

The solar winds and high-energy particles emitted from the young, violent sun could have resulted in the formation of gases like Nitrous oxide (laughing gas) and Hydrogen cyanide. Among these, N2O is a powerful greenhouse gas and, cyanide, ironically, helps in the formation of life.

Furthermore, the early atmosphere was also rich in nitrogen, which is known for enhancing the greenhouse effect.

Summing up, the Enhanced Greenhouse theory states that all the greenhouse gases would have worked together to make Earth a warm and toasty haven for life.

The Problem with the Greenhouse Hypothesis

There are two main problems with the Greenhouse theory. 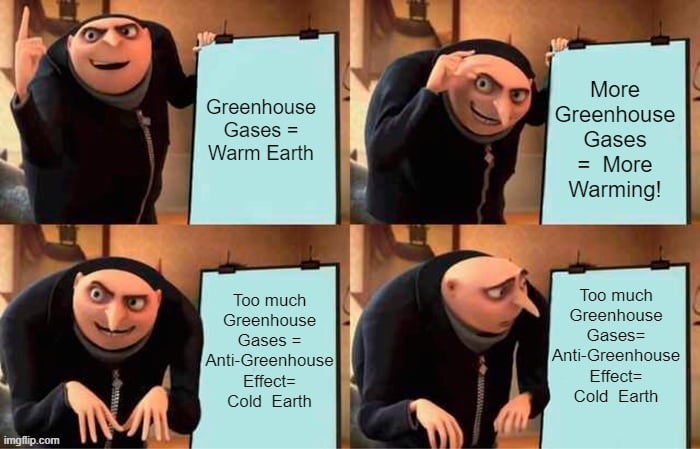 Have you ever been advised not to wear black clothes in summer? You probably know that it’s better to opt for light-colored clothes in hot weather. This is because black absorbs almost all the sunlight falling on it and makes us feel warmer, whereas white reflects most of the light and thereby makes us cooler. This is the albedo effect in action.

Albedo is the amount of sunlight reflected by a surface. Surfaces with higher albedo reflect more sunlight. 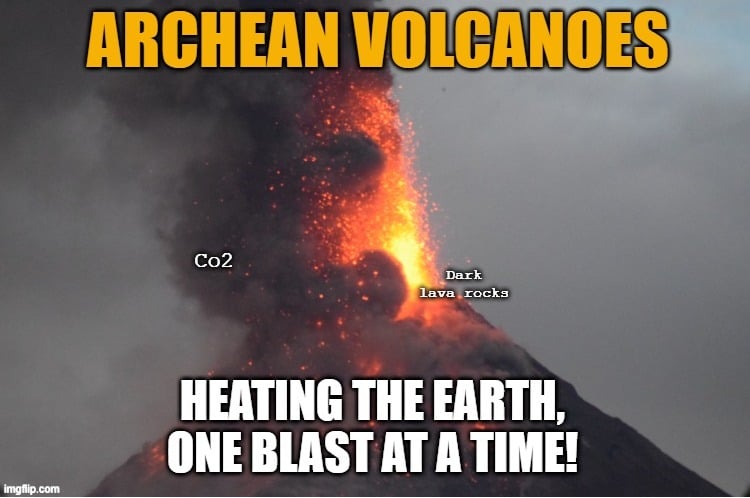 During the Archean era, volcanic eruptions were a common event. The dark solidified lava could then act as a perfect absorber of sunlight. Also, back then, the continents as we know them were not formed, and Earth was covered by a vast ocean and a hypothetical dark supercontinent. Now, you might be thinking; doesn’t the ocean have a high albedo? Well, No! The average albedo of an ocean is 0.07, which means that they only reflect 7% of the light falling on them. 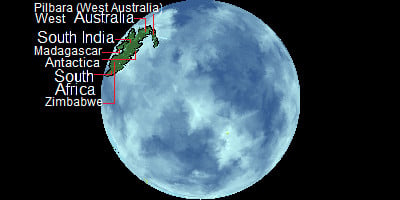 In short, the low albedo of the surface could also be the reason behind a warm early Earth.

A Brief Look at Other Plausible Solutions

There are hundreds of possible explanations out there concerning the paradox that have been put forth by experts from diverse fields of science. Some suggest that the rotation and tilt of Earth had a role to play in its temperature, while others point out that cloud cover in the Archean atmosphere could have also done the trick.

There is also an argument that besides the sun, Earth had access to other energy sources like:

Significance of the Paradox

Some of you might be thinking, why are we so caught up in this paradox? Why don’t we simply accept that the Earth had the right features at the right time? Well, solving this paradox might open the doors to many unsolved mysteries of the universe. For example, studies on Mars imply that the planet once had liquid water flowing on its surface. A solution to the faint sun paradox could provide better insight into the early environments of Mars or even planets in other solar systems.

This is a brief account of the ‘Faint Young Sun Paradox’. All the factors mentioned above could have contributed to the existence of a warm, balmy Earth. Which one of these theories do you think is the most accurate? Or is there another groundbreaking solution to the paradox just waiting to be discovered? Keep pondering!