Currently in its most stable state, the sun is 4.5 billion years old, and is considered a main sequence star. It still has 10 billion years or so before it becomes a red giant!

The sun is still quite young, considering the incredibly long lives of some celestial bodies. The sun is currently a ‘main sequence’ star, which means it is in its most stable form. This period will last for a few million more years, but unfortunately, humans probably won’t be here to see the planet get old.

Yes, if we haven’t colonized other worlds by then, we would be dead, because the sun will probably swallow up the earth by the time it approaches death.

How did we determine the age of the sun?

To find the percentage of the element and its decayed product, we need to have samples. Because most of the solar system was formed around the same time, scientists have used moon rock samples to determine the age of other solar bodies. The sun’s age was also calculated using samples of moon rock!

How long will the sun last?

Oh, it has almost 10 billion years more, but Earth won’t be able to witness its death!

The sun, like any normal star, has a somewhat predictable lifecycle. It is born and becomes a protostar, which progressively expands to become a red giant. After a few million years, the star sheds the outer layers, thus becoming a planetary nebula. What is left after these layers have blown off is a white dwarf, which will eventually cool off.

Currently, the sun is a middle-aged main-sequence star—its most stable stage—but it will eventually end up becoming a white dwarf.

The lifecycle of the sun (Photo Credit : Marusya Chaika/ Shutterstock)

How long until the sun becomes a red giant?

The lifecycle of a star highlights the main phases that a star undergoes before it dies. The duration of time that a star takes to move through all the stages makes up the lifetime of the star.

Here, energy is the total amount of fuel in the sun that can be converted to light.

According to nuclear physics, 4 atoms of hydrogen fuse to form 1 atom of helium in the core of the sun.

The atomic mass of 4 hydrogen atoms=

As you can see, the atomic mass of helium is less than the combined mass of 4 hydrogen atoms. There is a difference of approximately 0.7% between the masses. So where does that 0.7% of the mass go? This missing mass is the energy that the sun releases after nuclear fusion.

To find the potential energy left in the sun, we must use Einstein’s formula of E=0.007

mc2 for the conversion of mass and energy. (Also, m=mass of the sun, c=speed of light)

Now, nuclear fusion occurs at very high temperatures, and not all parts of the sun are hot enough for such fusion to occur. The core, constituting approximately 10% of the mass of the sun, is the region where most of the nuclear fusion takes place.

Energy remaining in the sun=

The rate at which the sun releases energy, also known as its luminosity, is approximately 3.8×1026 Watts.

Hence, the time until the sun becomes a red giant is approximately 10 billion years.

How will the sun die?

Stars burn hydrogen fuel at their core, which creates a pressure (outward pushing force) that balances the gravity (inward pulling force). When all the hydrogen is exhausted by the nuclear fusion occurring at the core, there is an imbalance of forces. Due to this, the outer shell of the star begins to expand and cool, as there is no fusion. This is called the red giant phase of the star. This expansion will eventually swallow up the inner planets, and may also consume Earth itself!

At the core of a red giant, the helium collapses due to its own weight and heats up the core, thus causing the fusion of helium to carbon. After the helium is used up, the core collapses again, but this time there is insufficient temperature, so fusion ceases at the core. The star therefore continues to expand and eventually sheds all its layers. These layers that the star expels form the planetary nebula.

After all the layers have been shed, the core remains, and is called a white dwarf. This white dwarf, the last stage of the lifecycle of the star, cools down to become a black dwarf.

Will the earth die with the sun?

Technically, Earth will die before the sun.

The fusion of hydrogen to helium in the core counter-balances the gravitational force of the sun. However, as hydrogen gets used up, the core continues to shrink, which ultimately increases the rate at which the fusion occurs. This fusion basically increases the luminosity of the sun at a rate of 1% every 100 million years. So, in 1.1 billion years, the sun will be 10% brighter than it is now. 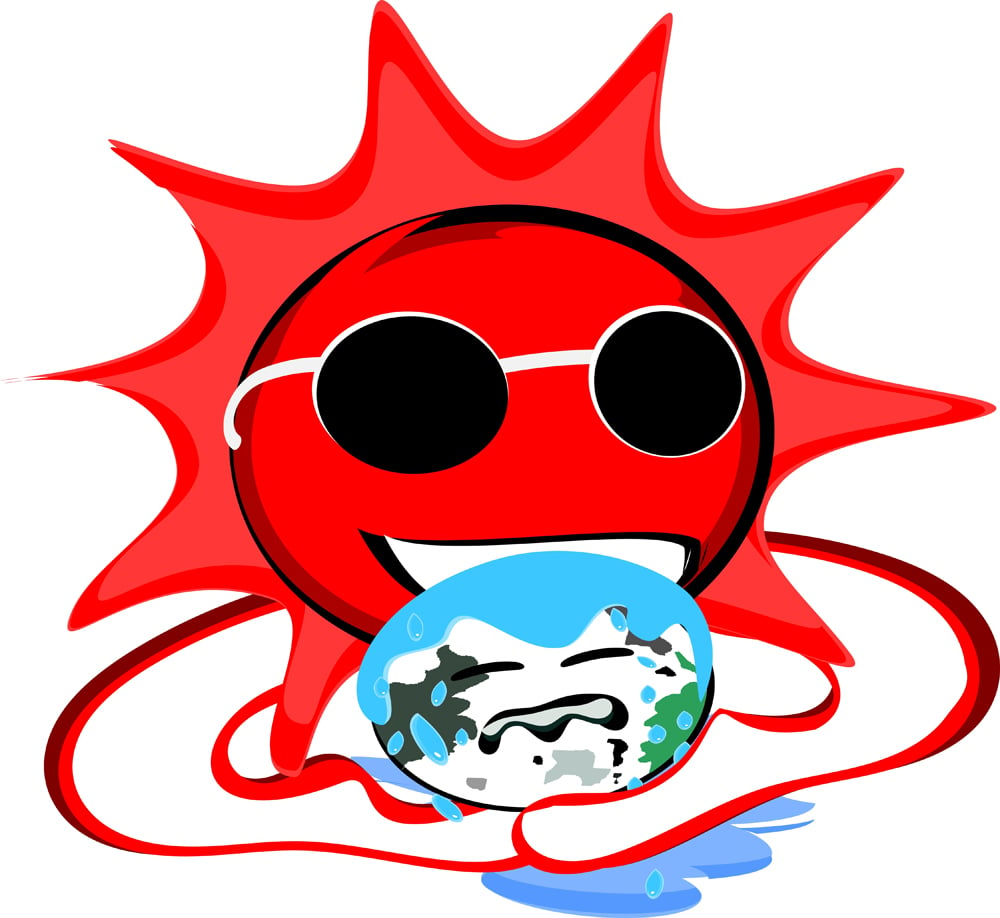 As the sun brightens, there will be even more energy for Earth to absorb. This will essentially create a greenhouse effect so severe that the planet will become too hot for most species. If there is any life left in this hothouse in 3.5 billion years, the oceans would be boiling, the ice caps would have dissolved and most of the water vapor will be lost to space, leaving our home planet much like Venus—a dry and hot planet!

Astronomers have predicted that Earth’s orbit will also change as the sun changes its form and progresses into the red giant phase. Also, if Earth’s orbit expands, it may escape being eaten up by the sun, but by the time the orbit expands, the earth will no longer be a habitable planet. Even if Earth escapes getting swallowed by the sun, it would just end up as another hot and arid planet without life! 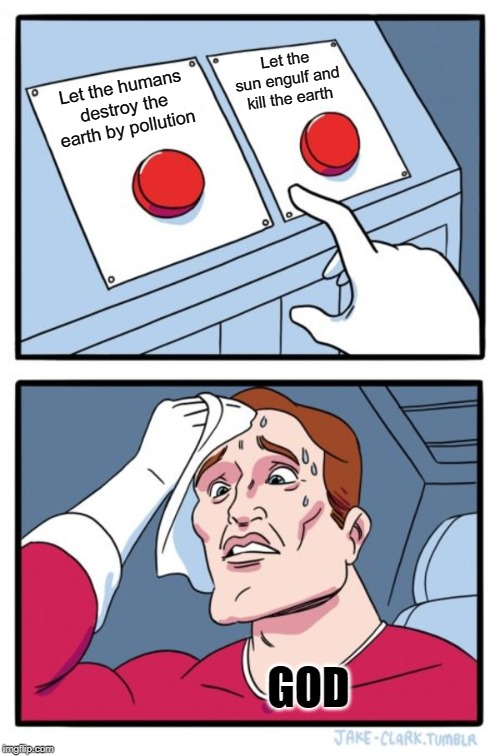 It is both fascinating and scary to know how this planet will perish. Isn’t it ironic that the very sun that helped life bloom will also be the one to end it?

Ancient Indian texts say something along the lines of there being a cycle of life; I wonder if this relates to the workings of the solar system too! Although there is no concrete evidence that life ever existed on Mercury, I am tempted to believe that Mercury may have had life, but it has long since been wiped off, just as life on Earth will likely be eliminated a few billion years from now.

This is the cycle of evolution and destruction. Nothing is permanent, and yet nothing ends! However, until the sun dies and takes us with it, let’s just hang on and hope that future generations will figure out how to safely change Earth’s orbit and keep life thriving on the only planet we call home!