Mercury is made up of iron and silica rocks. The planet has more iron in its core than any other entity in our solar system.

Our solar system is full of mysteries. The eight planets revolving around the sun are all very unique, yet still connected at a certain level. For instance, consider Earth and Mercury. Mercury is the smallest planet in the solar system, but its planetary core is the same size the core of Earth! 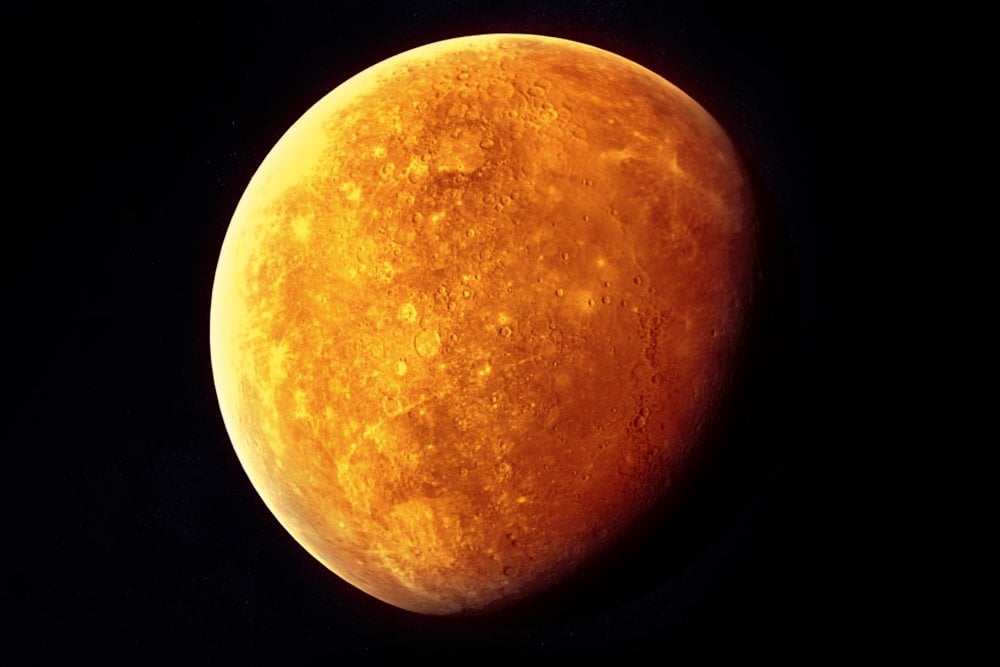 Similarly, the density of Mercury (5.427 grams per cubic centimeter) is quite similar to that of Earth, which makes scientists believe that Mercury has a composition similar to Earth. Given that, can studying Mercury help us better understand our own planet? Also, what is actually present inside that somewhat mysterious planet? You’ve come to the right place for these answers…

How did we learn about Mercury?

Mariner 10 was the first spacecraft to fly by Mercury. Launched by NASA on November 3, 1973, its main objective was to gather information about Mercury’s atmosphere and environment, and to analyze its gravity and spin rate. The spacecraft flew past Mercury a total of three times; its closest encounter with the planet was at a distance of only 103 miles. The next shuttle to visit Mercury relied heavily on the data generated by Mariner 10.

MESSENGER was another NASA spacecraft launched in 2011 that hovered around Mercury. The probe constructed the most detailed and accurate maps of Mercury to date and also discovered carbon-containing organic compounds. In April 2015, after analyzing Mercury for about four years, the Messenger ran out of fuel and crashed to the surface of its host. However, before self-destructing, the space shuttle revealed many new truths about the composition of the planet.

The interior of Mercury is quite similar to Earth. For simplicity’s sake, it is divided into three distinct layers—the crust, the mantle and the core. 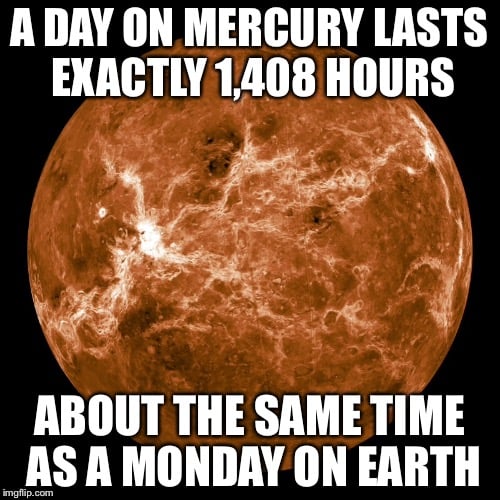 So, what is Mercury made of?

The outer core of Mercury is molten, just like the outer core of Earth, and is made of iron (Fe). Scientists once believed that even the inner core of the planet was molten, but the new analysis of data received from the Messenger proved otherwise. The inner core of the planet is solid, consisting of some silica rocks, but mostly iron. Mercury’s core contains more iron than any other major planet in the solar system. The metal composes roughly 70% of the planet’s total weight. This is why Mercury is so dense and heavy, and why its rotation speed is so slow. One day on Mercury is equivalent to 58 days on Earth. Geologists estimate that Mercury’s core occupies about 55% of its volume (on Earth, this proportion is 17%). 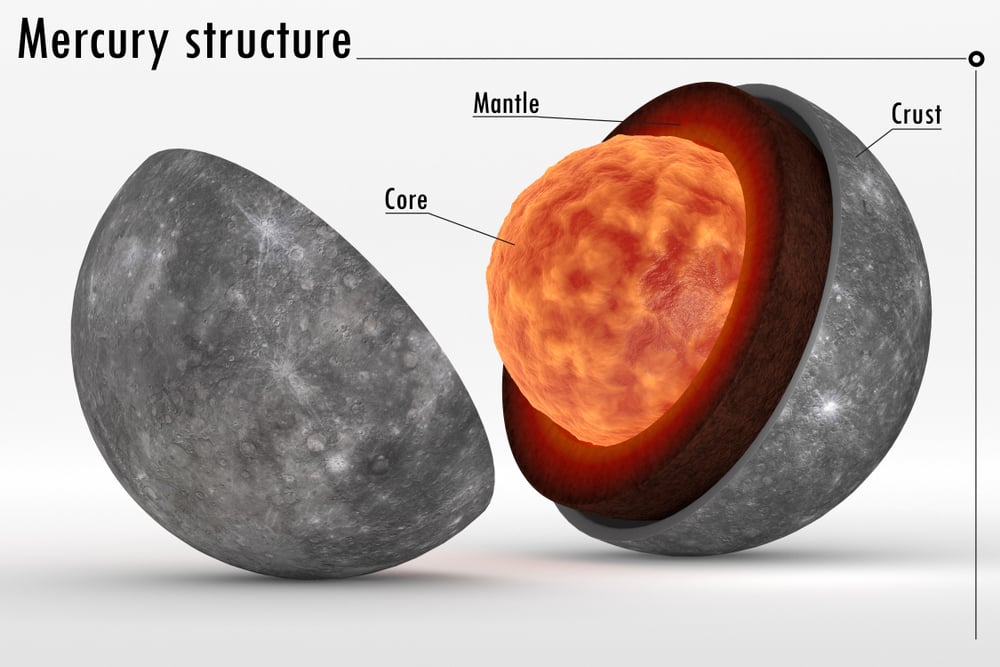 The mantle extends from the core to about 500 km beneath the surface. It is mostly composed of silicates and other metals, including iron. The crust of Mercury is thin, but quite dense. The crust of a planet is formed from its mantle, and the volume of the crust represents the amount of mantle that has been converted. Estimates of Mercury’s crust thickness have led scientists to believe that about 11 % of the planet’s original mantle had been turned into rocks in its crust. These rocks form an outer shell about 550 km thick, and the surface of this shell has several volcanoes and craters that reveal a lot about the planet’s history.

Are there volcanoes on Mercury?

Another fascinating fact about the geography of Mercury is the abundance of volcanoes on its surface. Volcanoes played a vital role in the formation of this planet. Images obtained by the Messenger shuttle identified 51 pyroclastic deposits on the planet. A pyroclastic flow is a flux of hot volcanic matter that leaves vents in the crust at a very high velocity. These flows, along with other fissures and vents, proved that the inner core of Mercury is a hot mix of silica and iron. 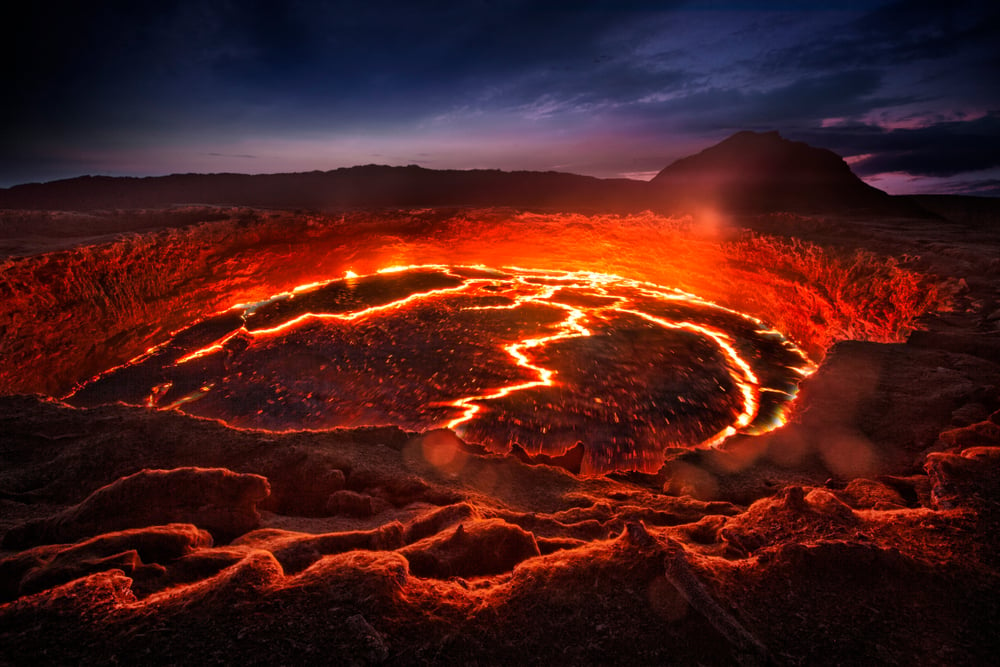 The fringes of Mercury’s smooth plains indicate that they were formed from solidified lava that flowed thousands of years ago. The images obtained by the Messenger shuttle suggested the presence of several low-profile shield volcanoes on the planet closest to the sun. A shield volcano is short in height (looks like a warrior’s shield place on the ground) and is composed of fluid lava flow oozing out from the inside of the planet.

Does Mercury have craters?

Hokusai is a rayed impact crater found on Mercury. A rayed crater is one that has fine radial streaks around it, which indicated that significant mass was ejected and thrown outwards during its formation. First observed at the Goldstone Observatory in 1991, this crater is named after Japanese artist Katsushika Hokusai. 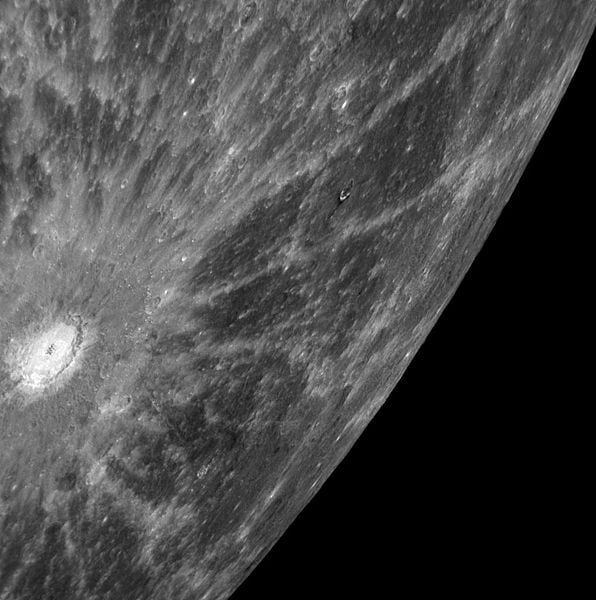 Debussy is another impact crater on Mercury that was formed by the high-velocity strike of some celestial body. Named after French musician and composer Claude Debussy, the crater was first discovered in 1969, again by the Goldstone Observatory in California, USA. The crater has a diameter of about 85 km and is just one of the many craters found on the planet.

The Messenger mission was able to answer many questions regarding Mercury’s internal composition and surface, but many more intricacies remain to be discovered. Mercury has more than twice the amount of iron that Earth does, but how did this much iron end up on that planet? What about the potential presence of life? If the planet is so similar to Earth, there might be even more similarities that have yet to be discovered. Future missions into our solar system will definitely help us answer these exciting questions!