Scientists study earthquakes to learn about the Earth’s core. They also look at the density of the Earth to make assumptions about what the core is made of.

We have explored almost all of the land on Earth, and we have travelled deep into the great depths of the ocean. We have explored quite a bit of the sky, and have even landed on the moon. However, when it comes to digging through and going beneath our own surface, we haven’t achieved very much at all. The deepest we have gone under the Earth’s surface is a paltry 12 kilometers (around 7.45 miles). There is a superdeep borehole in Russia, which is the deepest that humans have ever gone by digging through the Earth’ surface. 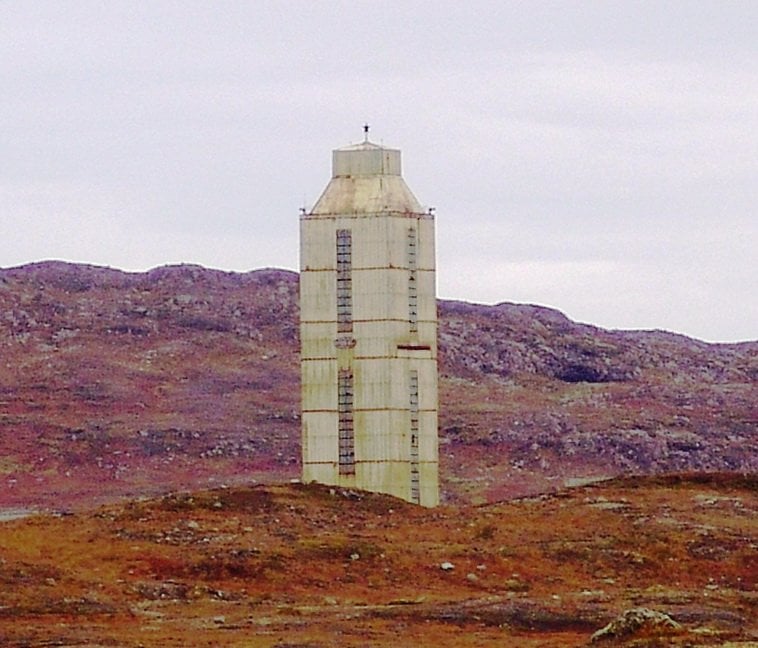 Although we have only gone 7.5 miles underground, we still know a great deal about the metals present deep in the planet’s core. We also know that the core is insanely hot, but how do we know all that?

We don’t know much!

First off, let me tell you that we DO NOT know much about the core of our planet or its temperature conditions with absolute certainty, just like we don’t know the precise age of our planet, or our moon, or the sun, or the universe etc. All we can do is use our intelligence and devise reliable principles, then put them into practice with the help of technological tools. Finally, we come up with the best guesses, or at least the most educated guesses about these things.

There’s a reason that geologists always say they think that Earth’s core is mainly composed of molten iron, and that it’s very hot. 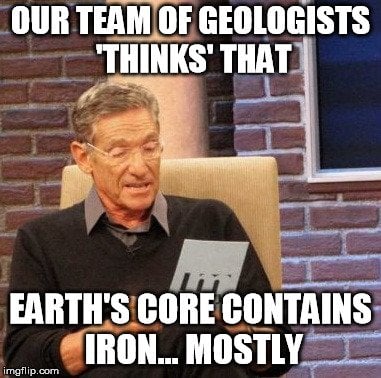 So, how do scientists and geologists make such educated guesses?

That sounds a little absurd, I agree, but it’s true. One of the main ways through which we learn about our planet’s core and its deep secrets is by studying earthquakes – powerful shocks that jolt and run across the planet’s surface.

You can try the same experiment with a bunch of other materials as well, like an inflated basketball, a bucket of water, a bottle of ketchup etc., to get an idea of how the vibrations feel when the hammer taps on different objects. 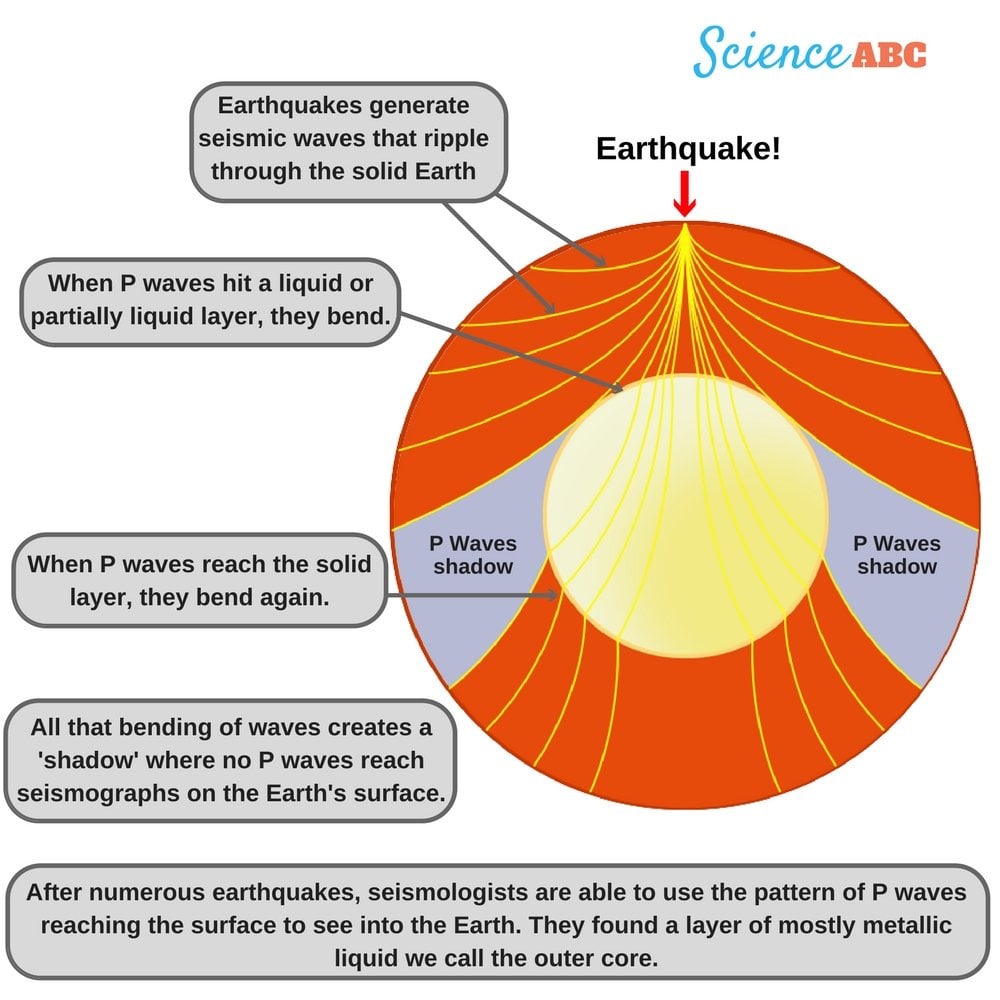 How seismic waves produced by an earthquake travel through the planet.

An earthquake works much the same way. It sends vibrations (seismic waves) through not only the surface, but also through the Earth’s interiors. These waves travel at different speeds, depending on what kind of material they’re traveling through. We have ‘listening posts’ installed all over the globe that basically ‘feel and record’ the vibrations as they pass.

Based on their data, scientists can deduce what materials the Earth’s interior possesses (by calculating how long it takes for these waves to reach the listening post from the earthquake’s point of origin). Now that we have readings for the speed of the seismic waves, we can match them up with materials with which we are familiar, and subsequently make the best guess about what the Earth’s interior is made of.

Another way we can make estimates regarding the composition of Earth’s interior regions is by recording and calculating how dense our planet is.

Earth’s density increases as you travel from the crust to the inner core.(Photo Credit : Naeblys / Shutterstock)

In addition to that, we also know that heavy metals (such as iron) have densities in the range of 10 grams per cubic centimeter. That somewhat validates our assumption about iron being present in the center of the Earth. Furthermore, the speed of seismic waves through Earth’s center resembles the speeds you would get if you pass those waves through molten iron. Thus, based on the type of metals that have been abundant in the solar system, long before the birth of Earth, it’s fair to assume that Earth’s core would most likely consist of molten iron, nickel and similar metals.

I don’t know about you, but I’m positively overwhelmed by the sheer intelligence of such methods that scientists use to make estimates about things and regions of planets that we could never see or experience ourselves. If you liked this article, you might want to check out this one too: How Do We Know The Big Bang Happened If No One Was There To See It?