Commercial aircraft and fighter jets burn their fuel using the oxygen that is present in the atmosphere, but what about rockets that go into space? Since there is practically no air up there, how do rockets ignite their engines and burn that critical fuel in space?

Short answer: You only need two components for a combustion reaction: the fuel and the oxidizer. Most space rockets carry their own fuel and oxidizer with them into space, so they don’t rely on the availability of oxygen out there. Furthermore, you don’t necessarily need fire to provide thrust to a rocket; you can obtain thrust by simply ejecting ‘mass’ out of the rocket. 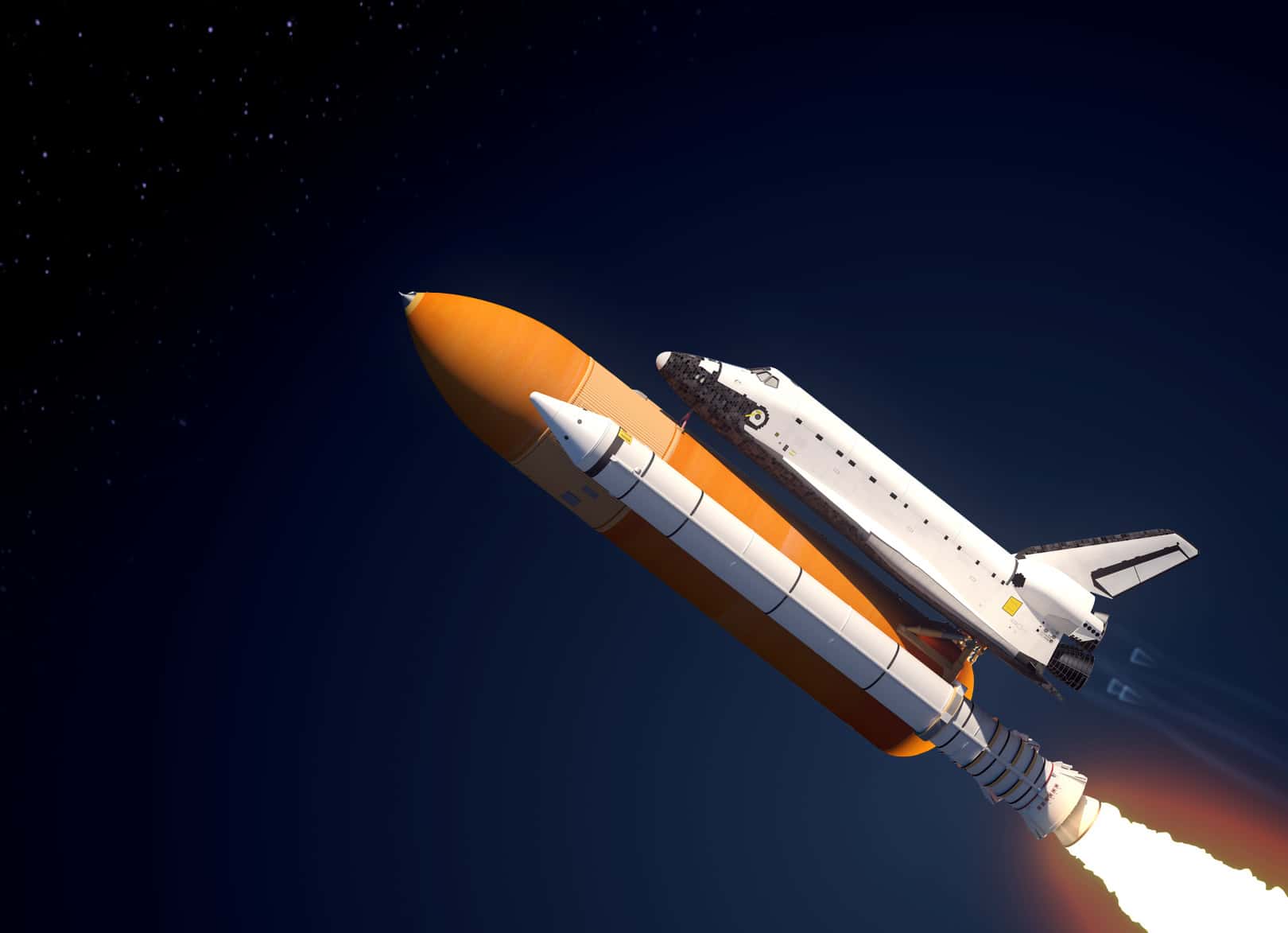 How rockets work in space

There is virtually no atmosphere in space, so how do rockets work over there? Since they have no air to push against, how do they accelerate or change their course?

You almost certainly read about Newton’s laws of motions in high school. Every form of motion in this world is believed to be governed by the three main Newtonian laws of motion; rockets are no exception.

Let’s consider the most basic form of movement – walking. In order to do walk, we plant our feet firmly on the ground, and then push the ground backwards, which, in turn, propels us forward. When we push the ground backwards, it pushes us forward; that’s fundamentally how we are able to walk. (Photo Credit : Pixabay)

Of course, it seems absurd to think that we, with our puny legs, could ‘push’ the ground back, but that’s precisely what happens. Since the mass of Earth is staggeringly greater than our own individual mass, the ground isn’t actually pushed back. This sort of action-reaction motion is governed by Newton’s third law of motion, which states that ‘to every action, there is an equal and opposite reaction’.

You can observe the third law in action in countless situations. For instance, suppose there are two small boats in a lake. If a person leaps from one boat to another, the first boat will be pushed slightly backwards the moment he jumps away.

This same law is what helps rockets travel and turn in space. In order to move forward, a rocket releases high-pressure gases (produced as a result of a combustion reaction) from its rear section. Therefore, an action (the ejection of gases) triggers a reaction (i.e., the rocket moves forward).

So… what’s the workaround for that one?

How do rockets work in space without oxygen?

Fire cannot burn without two critical elements: a fuel (the thing that burns) and an oxidizer (which starts the burning process and keeps it going). So, you need fire to propel your rocket, but you don’t have enough oxygen (an oxidizer) in space. What can be done? 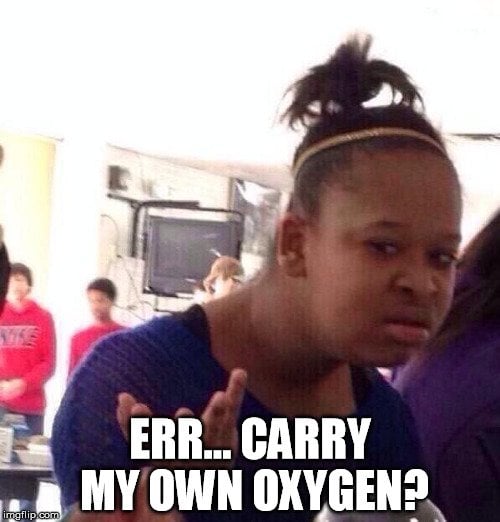 It’s quite straightforward actually: if you go to a painting competition where they don’t provide you with paints, what do you do? Bring your own. Simple!

That’s precisely what most spaceships do. Many rockets carry a tank of liquid oxygen, which acts as the oxidizer needed to sustain the combustion reaction. The most commonly used fuels in such rockets are liquid hydrogen or kerosene.

Practically thousands of fuel-oxidizer combinations have been used in space rockets over the years, but liquid hydrogen and liquid oxygen remain one of the most efficient mixtures (Source).

Note that you don’t necessarily have to use oxygen as the oxidizer. Almost all solid propellant rocket engines use aluminum powder as the fuel and ammonium perchlorate as the oxidizer. 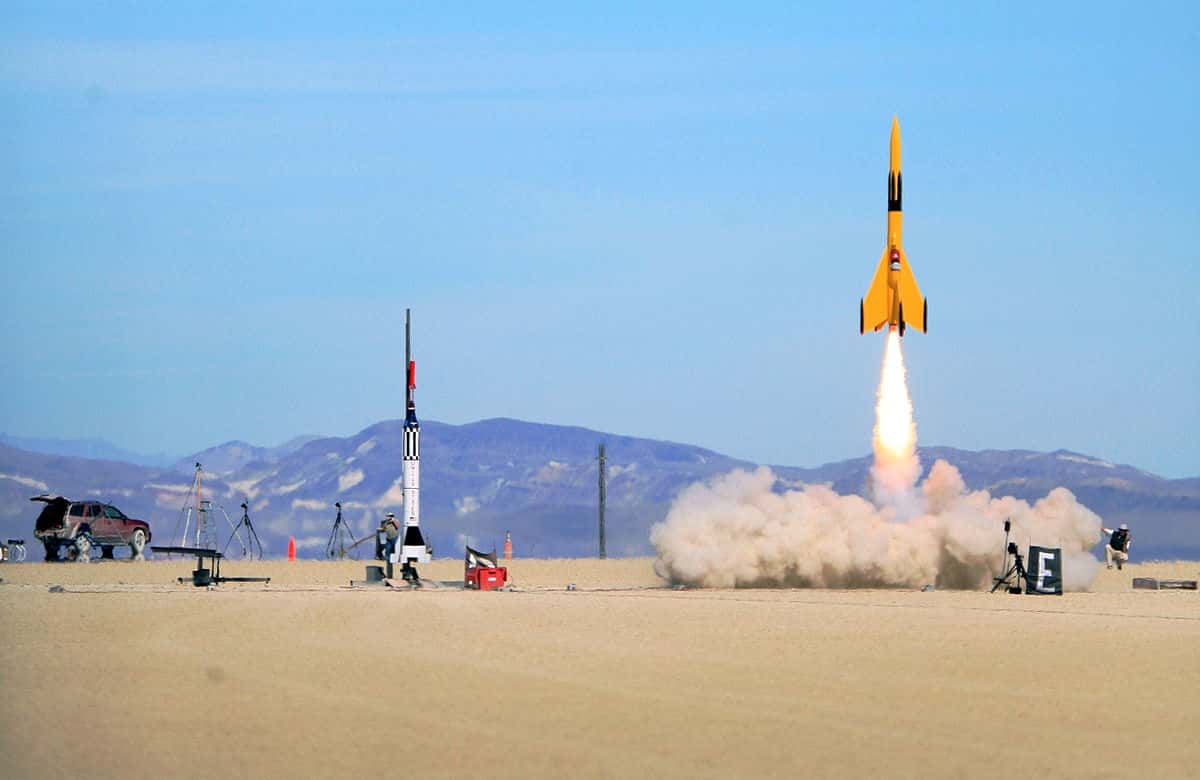 As mentioned earlier, you don’t always need oxygen to start a fire inside a rocket; there are certain chemicals that – when brought in contact with each other – ignite spontaneously. The propellants that use such chemicals are called hypergolic propellants.

The most popular hypergolic fuels include hydrazine, monomethylhydrazine and unsymmetrical dimethylhydrazine, which are typically used along with nitrogen tetroxide (the oxidizer) to trigger a spontaneous ignition, which means you don’t need oxygen at all. The fuel supply (it contains hydrazine as the fuel) to be loaded in the MESSENGER spacecraft. (Photo Credit : NASA / Wikimedia Commons)

All of this is to say that, while oxygen is undoubtedly the primary oxidizer back on Earth, you don’t necessarily have to use oxygen to propel rockets through space. There are quite a few other options too!