Because they want to get into the orbit around the Earth using as little fuel as possible.

Take a look at this picture of the trajectory of a launched rocket: 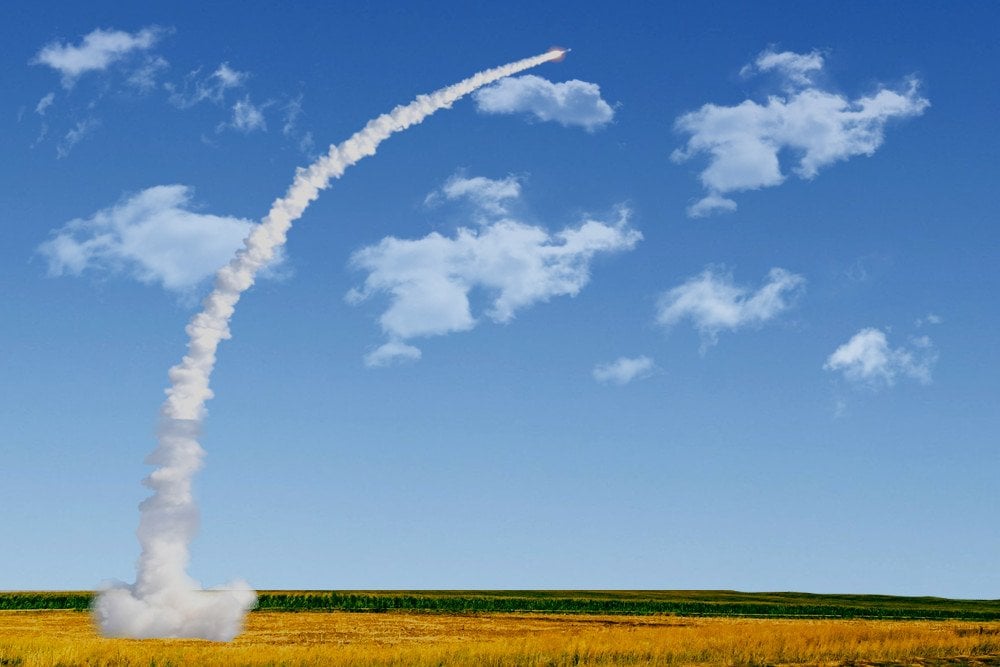 Do you notice the rather intriguing thing about the path that the rocket follows? Instead of moving in a straight line, the rocket following a curved trajectory. This isn’t a mistake… you will see the exact same thing in every other picture and video of a rocket launch.

Even so, it doesn’t seem to make sense. Rockets are supposed to go into space, right? So wouldn’t it make more sense if they went straight up in a line, rather than following a parabolic path? They’d reach space much faster that way, it would seem. There must be a reason, because rocket scientists tend to be pretty smart, so, why do they not go straight up?

Why Do Rockets Launch Vertically?

In the context of space technology, a rocket is something that can send people and stuff into space. It’s that thin, cylindrical, very tall vehicle that launches from the launch pad, leaving a humongous cloud of smoke in its wake. In theory, it could launch like an airplane taking off from a runway, but that would require a number of changes in the current designs of rockets, not to mention being downright uneconomical. (Check out Why Don’t Space Shuttles Take Off Like Airplanes?)

A rocket is launched vertically with an enormous amount of upward thrust (Image Source: www.nasa.gov)

Rockets are launched vertically with a tremendous amount of upward thrust, thanks to their own engines and the solid boosters attached to them (which are jettisoned soon after the launch). Following the launch, the rocket’s climb is initially slow; but by the end of the first minute into the ascent, the rocket is moving at a staggering 1,000 mph (1,609 kmph). (Source)

While flying through the sky, a rocket loses a great deal of its energy as a result of air resistance, and it needs to make sure that it attains a high enough altitude when most of its fuel is used up. That’s why a rocket initially flies straight up very fast, as it needs to cross the thickest part of the atmosphere in the least possible distance.

Why Does A Rocket’s Trajectory Change After The Launch?

I think that much of the confusion about a rocket’s trajectory stems from the common assumption that most rockets simply want to escape Earth’s gravity and reach ‘space’. While this is not technically incorrect, it does not paint a clear picture.

First off, you should understand that space is not all that far away (you might want to check out: Where does space begin?). If you fly above an altitude of 100 km (62 miles) above Earth, you are officially considered ‘in space’. The US Air Force would call you an ‘astronaut’ if you flew above 80 km (almost 50 miles). Felix Baumgartner’s skydive (he holds the record for the highest vertical free fall without drogue) is famously called a ‘space jump’, even though he only jumped from an altitude of 39 km (around 24 miles).

There’s one singular takeaway from all of this…. 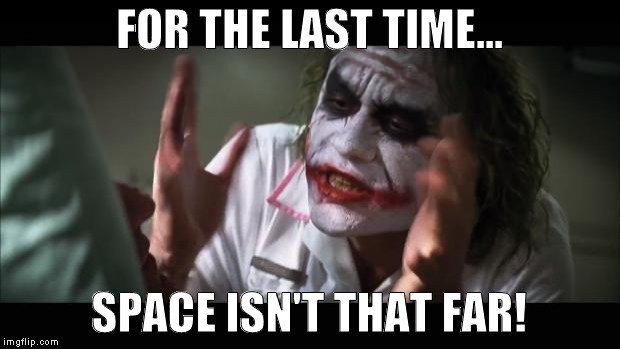 Hence, it’s not that rockets simply want to reach ‘space’; they can actually do that using much less fuel. What most rockets really want to do is enter the Earth’s ‘orbit’.

Why Is Making It Into The Orbit So Important?

The main objective of most rockets is to reach the planet’s orbit and stay there. In the planet’s orbit, the gravitational tug of the planet is high enough to keep the rocket from drifting off into outer space, and low enough so the rocket doesn’t have to burn huge amounts of fuel to keep itself from plummeting back to Earth.

To enter orbit, a rocket begins to tilt onto its side at first, and gradually increases this tilt until it achieves an elliptical orbit around Earth. That being said, attaining a proper orbital path is not easy; it comes at the cost of huge quantities fuel that are exhausted to attain an incredible horizontal velocity of 28,968 kmph (18,000 mph) (Source). This technique of optimizing the trajectory of a spacecraft so that it attains the desired path is called a gravity turn or a zero-lift turn. 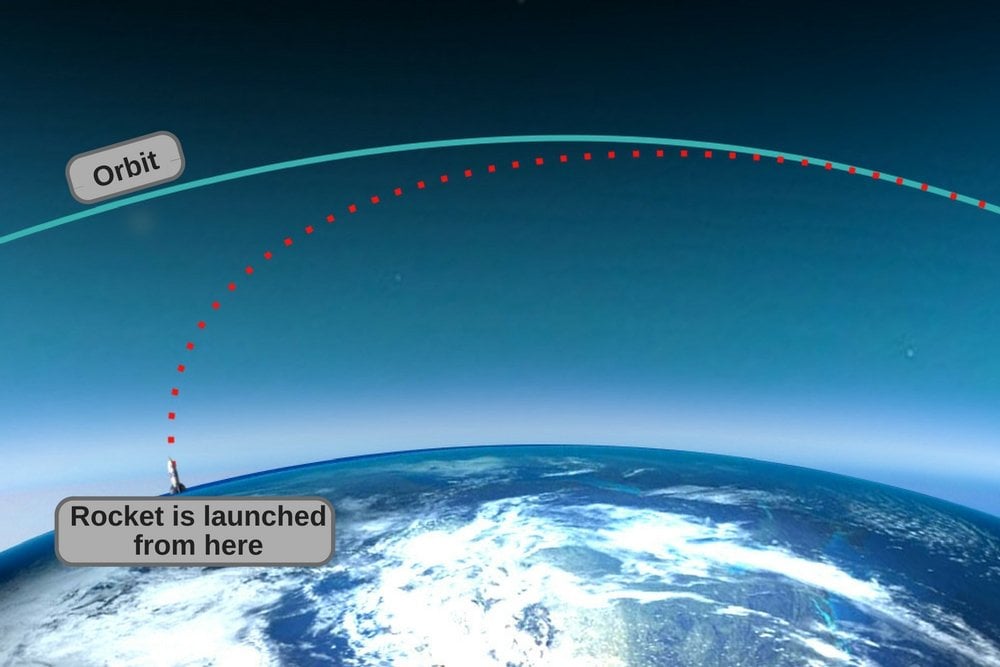 A rocket starts to turn gradually to enter the orbit

This technique offers two principal benefits: first, it lets the rocket maintain a very low or even zero angle of attack during the early stages of its ascent, meaning that the rocket experiences less aerodynamic stress. The other advantage is that it lets the rocket use Earth’s gravity, rather than its own fuel, to change its direction. The fuel that the rocket consequently saves can be used to accelerate it horizontally, in order to attain a high speed, and more easily enter the orbit.

Also Read: How Are Satellites Put Into Orbit And Kept Up There For So Long?

In a nutshell, a rocket must curve its trajectory post-launch, if it wants to enter the Earth’s orbit. If it didn’t do that and continued to go straight up, it would eventually reach a point where its fuel would run out and, most likely, it would end up plummeting back to Earth like a stone.

How much do you know about the trajectory of a rocket?