A hot air balloon works on the principle of hot air rises when surrounding air is relatively cool. Steering makes use of wind direction at different altitudes.

Think back to when you were eleven or twelve…didn’t one of your fantasies involve flying away holding the strings of loads of balloons like in the movie ‘UP’? An airplane allows one to be airborne, but it doesn’t truly give you the experience of flying like a glider would, or for the slightly less adventurous, like a hot air balloon. Flying in a hot air balloon would be somewhat similar to hanging onto a few hundred balloons, but the latter scenario leaves you a rather limited scope in terms of choosing your altitude and direction… landing is a bleak possibility altogether. So, how do hot air balloons do it? How do you steer a hot air balloon?

There are 3 basic parts of a hot air balloon; the envelope (the balloon part), the burner, and the basket or carrier. The envelope is made from nylon gores, which are reinforced with sewn-in webbing. Nylon is the material of choice since it is lightweight, sturdy and has a high melting point, all of which are extremely suitable for the purpose of flying through the air! The part of the envelope closest to the burner is called a skirt and is coated with special fire-resistant material to prevent the envelope from flaring up. 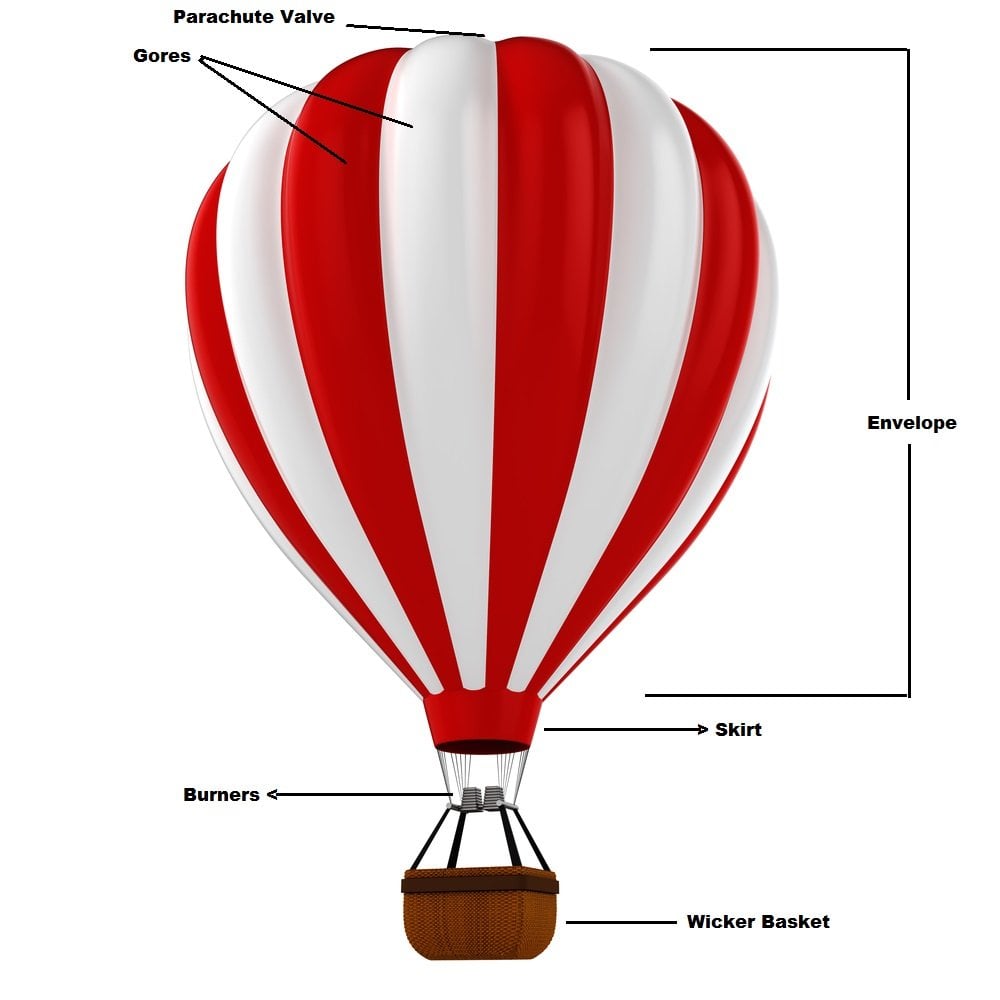 The burner uses propane gas to heat up the air in the envelope, which moves the balloon off the ground and into the air. The pilot must keep firing the burner at regular intervals throughout the flight to ensure that the balloon continues to be stable. The basket that holds the gas tanks and passengers is actually made of wicker, which is sturdy, lightweight and flexible. The flexibility is important, since hot air balloon landings involve impacting the ground, but the flexibility of wicker absorbs some of that energy to prevent the basket from breaking apart. The burner is set just underneath the mouth of the envelope, which heats the air inside it. 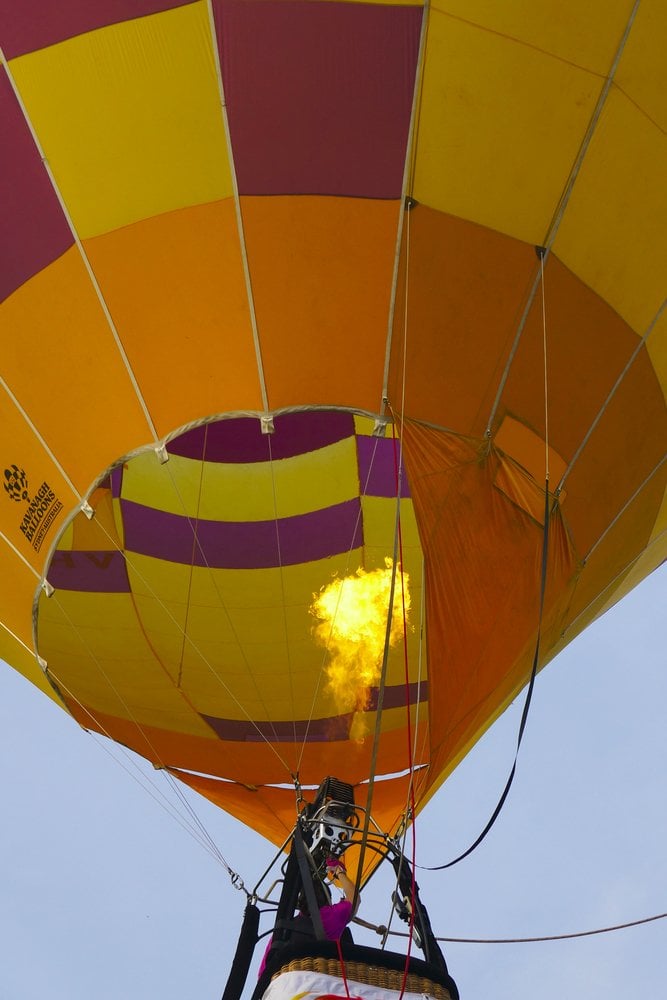 The Ascent and Descent

Hot air balloons rely on a basic principle of science: hot air rises upwards since it is lesser in density than cool air. A cubic foot of air weighs roughly 28 grams. If you heat the air by 100 degrees Fahrenheit, it weighs about 7 grams less, which is still a rather small amount. Therefore, to lift about 1,000 pounds, approximately 65,000 cubic feet of air is required. This explains why the balloon part is so large. As the burner heats the air inside the envelope, it creates a lift force, which makes the balloon rise. When the burner is on, it will continue to rise, whereas it will lose altitude when the burner is switched off. However, the balloon definitely won’t come crashing down to the ground, since the air inside will never escape from the mouth of envelope, because buoyancy makes it rise. 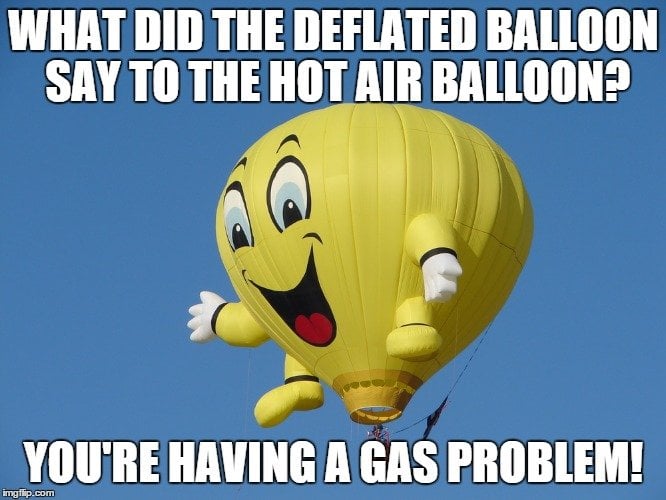 In order to return to the ground, the pilot needs to open the parachute valve (a circle of fabric that can be opened) at the top-most region of the envelope by pulling an attached chord and letting off inner hot air. Landing a balloon is quite difficult and pilots usually land it on a large empty piece of land, such as a meadow or any countryside area. The reason for such empty bases for landing is that hot air balloons cannot be steered like airplanes.

A hot air balloon has no built-in mechanism for steering. It uses the direction in which the wind travels to steer itself. However, that does not mean that pilots let the balloon amble anywhere. At different altitudes, the wind direction is different, so pilots use this to steer their hovering crafts. They can get information about the direction of winds at different altitudes and then rise up or down to the altitude that has wind blowing in the desired direction. The lateral or horizontal motion of the balloon is then completely controlled by the wind, but somewhat guided by the operator.

Hot air balloons are clearly not designed for long distance air travel or for fighting wars, like jets and planes, but they do provide a serene experience of being suspended in the open air, as well as a magnificent view of the world below!

How much do you know about hot air balloons?