A rocket in space turns by igniting different propellers on the craft. The force of the exhaust gases pushing against the craft allows it to change direction.

There are many things that we can do on Earth that we take for granted, but in space, those same things would be much more difficult. For example, gravity makes it possible for us to walk and direct our bodies in a particular direction. When we move in the wrong direction, we might bump into something, so we react and change our motion. Airplanes change direction by pushing on the air around it, but what does a spacecraft push on to maneuver itself when it is surrounded by the endless void?

Remember those Newtonian laws you learned in school? We will need to refresh ourselves on those basic laws of physics, because they have everything to do with understanding how a rocket moves, turns or chooses a direction in outer space.

Law 1: A body will remain at rest or in motion in a straight line unless acted upon by a force. 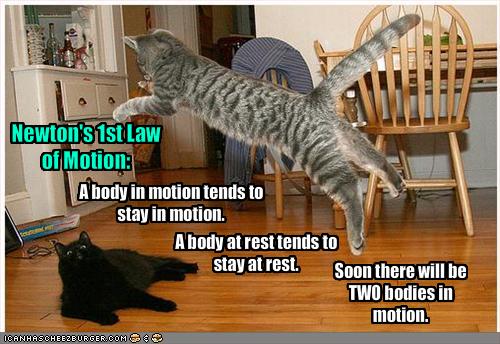 Law 2: A change in motion is proportional to the applied force and parallel to it.

Law 3: For every action, there is an equal and opposite reaction. The best example of this is Newton’s cradle balls.

Rockets and the First Law of Motion

Once a rocket is in space, it will not experience any drag, which airplanes have to handle. Therefore, if the engines are shut down, the spacecraft will coast along the same path it was on when the engines were running, due to the first law of motion. Unless it is hit by an external object, which would exert the “force” that the law of motion talks about, or it comes close to a planetary object that can exert a gravitational force on the object, it will continue on the same path.

Rockets and the Third Law of Motion

We encountered the application of this law when we considered examples of pushing on a surface to direct motion. Rockets propel themselves using fuel that generates high-pressure gas. The movement of the exhaust gases away from the rocket body pushes the rocket in the forward direction, since the force exerted by the exhaust gas has an equal reaction in the opposite direction.

So, if the spacecraft has to turn left, the right-side propellers on the craft need to be ignited. In fact, it is easier to maneuver a spacecraft in space than in normal air. As the exhaust gas leaves the rocket engine, it must push away the surrounding air, which uses up some of the energy of the rocket. In space, the exhaust gases can escape freely.

However, the fuel that produces the exhaust gases that propel the rocket will also require oxygen in order to burn. As we’ve already mentioned, the vacuum of space has no oxygen, so how do you ignite the fuel? 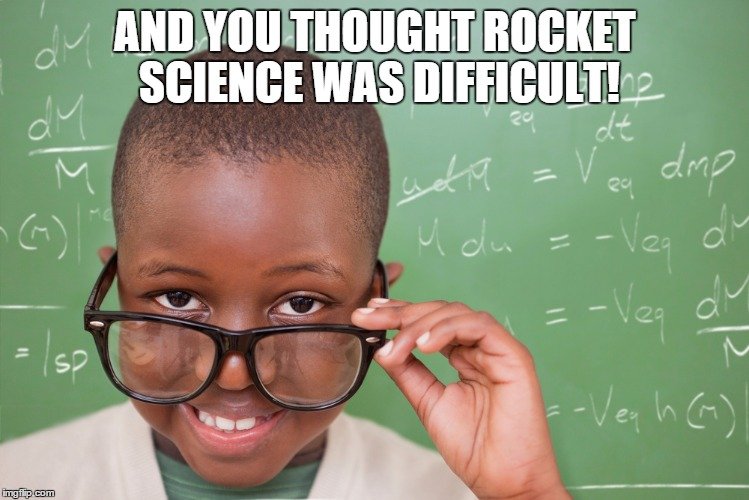 Oxidizers and other Fancy Stuff

Rockets need to carry oxygen on their journeys into space. Inside the rocket’s engine, fuel and oxidizers are ignited in the combustion chamber, creating hot expanding gases that are released from the bottom of the spacecraft, giving it the thrust it needs to move forward. However, imagine carrying several heavy tanks of oxygen along on a long space mission. That is a major load. Fortunately, some rocket fuels that have been developed do not need oxygen to burn, such as hydrazine. Hydrazine decomposes into ammonia, nitrogen and hydrogen when exposed to the right catalyst.

I think it’s clear that dear old Newton didn’t just make up those laws to torture you in science class! Calculating space travel and determining how to maneuver through the cosmos would be impossible without those basic principles of physics. Thanks Isaac!