Pallor Mortis in which skin becomes pale. It develops 15 minutes after death and is the first postmortem sign of death caused due lack of circulation.

“His waxen hue became greenish-yellow by the contrast of his burning eyes, and the red scar on the forehead showed on the pallid skin like a palpitating wound.” Count Dracula was thus described in the book Dracula. This undead vampire was pale, ‘waxen’ as Bram Stroker describes him.

Such descriptions of death and the supernatural undead are common. Zombies, another undead, is depicted with pale, sometimes parodied to grey skin. Anything that looks lifeless, the English language calls ‘deathly pale’ (like a zombie or a vampire). Besides serving as a linguistic descriptor of our cultural fears, changes in skin color do occur after death, a state called Pallor Mortis. It often helps forensic experts evaluate the time of death, which is also called the post-mortem interval (PMI).

What Is Pallor Mortis?

The word Pallor Mortis is Latin. Pallor means ‘paleness’ and mortis means ‘of death’. It refers to paleness that develops in a corpse approximately 15 minutes to 2 hours after death. This paleness is more prominent in those with lighter skin tones (especially those with a ruddy complexion), and less so for darker skin types. There are slight natural differences in skin color between the two sexes which disappear as a result of pallor mortis.

Why Does Pallor Mortis Happen?

Pallor Mortis happens due to a lack of capillary circulation.

Clinical death is when the heart stops beating. Without the heart beating, blood cannot reach every part of the body, especially those organs, such as the skin, that are farther away from the heart. The capillaries in the dermis (the second layer of skin after the epidermis) and the hypodermis (the third and deepest layer of the skin) stop receiving a fresh supply of oxygenated blood—and remember, hemoglobin associated with oxygen has a bright red color!

Without the force of the heart pumping blood throughout the body, blood within the blood vessels stagnates and the cells within the blood, like red blood cells (RBCs), move in the direction where gravity is strongest. The areas where blood has moved away will have a pale coloration, whereas those areas where blood has pooled will develop a reddish-pink coloration. The latter phenomenon is called lividity and becomes visible roughly 2 hours after death.

Also Read: What Is Livor Mortis?

This change in coloration of the skin can be useful in determining time of death or Post Mortem Interval (PMI) in criminal cases and other forensic instances.

How Do Forensic Experts Use Pallor Mortis To Determine PMI?

The post-mortem interval or ‘time since death’ estimates how much time has elapsed between an individual dying and the body being discovered. Forensic experts back-calculate the time of death using various post-mortem clues.

Forensic experts use many methods to calculate PMI. Some of the most preliminary ways are to observe physical changes that have occurred to the body. They observe the post-mortem signs of death and their progression.

Pallor Mortis is the first post-mortem stage of death. A paper published in the year 2000 evaluated the usefulness of pallor mortis in determining PMI. The researcher used an octo-electronical color measurement device to measure the color change in 126 corpses. They concluded that since pallor mortis develops rapidly, it isn’t the most useful visible change for determining the approximate time of death.

The degree of paleness doesn’t change significantly over time, nor does it offer clues about the cause of death. Additionally, the presence of hair can alter the appearance of pallor mortis. All this makes pallor mortis unsuitable to estimate time of death. 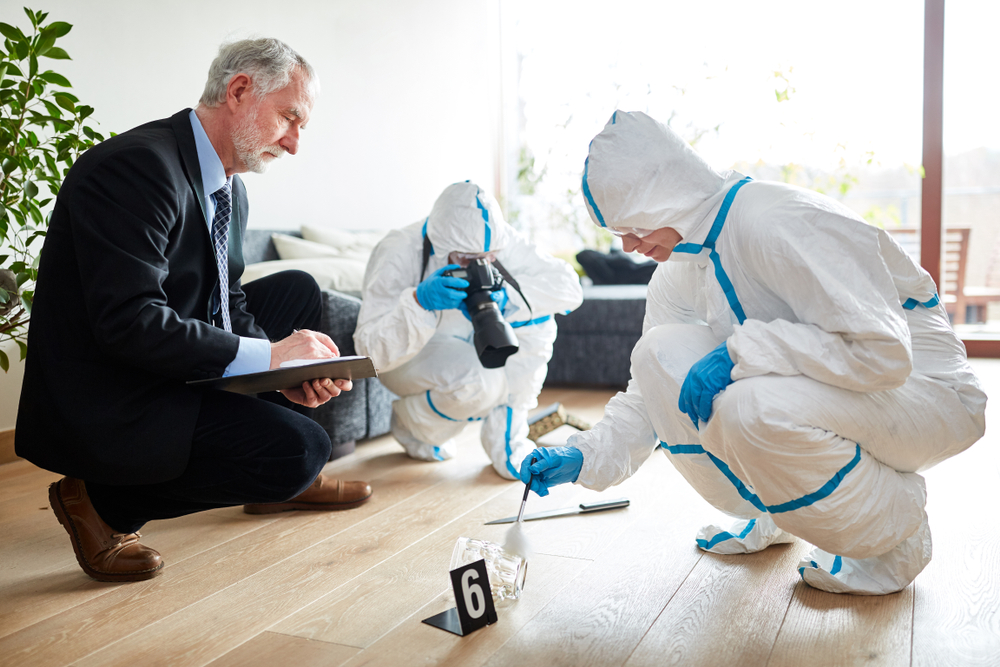 Forensic scientists often prefer to use other changes to determine PMI, often using information from more than one factor to estimate a range. They look at how much decomposition has progressed using muscle rigidity (rigor mortis), body temperature, and the presence or absence of certain insects.

Although pallor mortis isn’t of much use to forensic experts, it may be useful if you ever need to spot a zombie in a crowd!